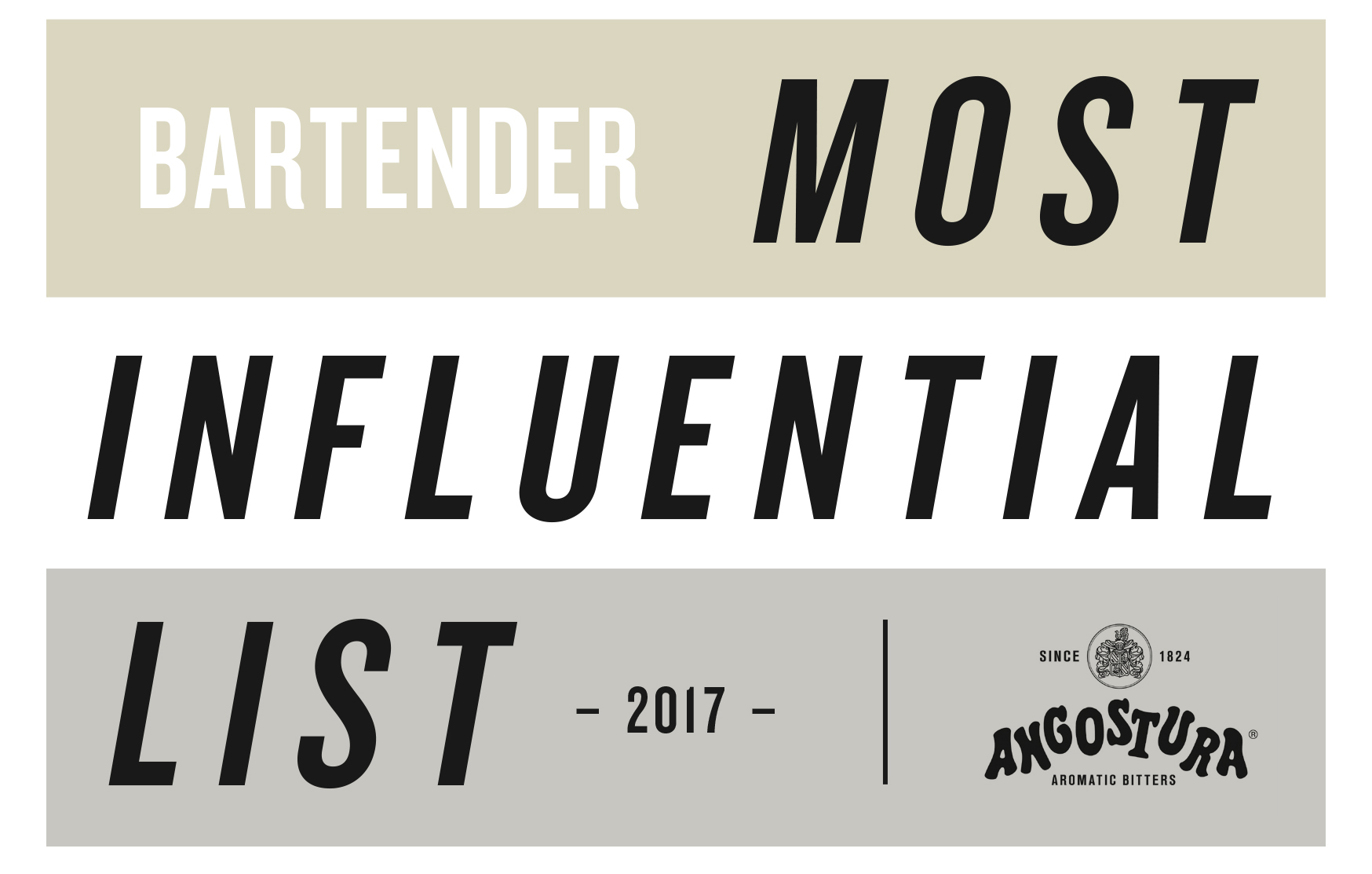 Our biennial list of who’s who in the Australian bar industry is back — the 2017 Bartender Magazine Top 100 Most Influential List sponsored by Angostura aromatic bitters.

This is a list of the industry’s movers and shakers, the big names who have lead the charge to make this industry the innovative and entertaining game it is.

Past winners have been influential Melbourne operator Vernon Chalker in 2009, Merivale’s Justin Hemmes in 2011, and Swillhouse’s Jason Scott and Anton Forte shared the honour in both 2013 and 2015, on account of the way they’ve changed the bar landscape since Shady Pines Saloon opened back in 2011.

On the list this year are bartenders (of course), bar owners and managers, brand ambassadors, writers and party-starters.

“This year we’ve seen the younger generation stepping up,” said David Spanton, publisher of Australian Bartender. “It just goes to show what an exciting era of drinking we have in this country right now,” he said.

Over the month of May we asked you, the industry, to visit australianbartender.com.au and put forward your votes for the five people who you think are influencing the industry.

The five names were weighted according to whether they were your first, second, or third (and so on) choice, and we put all the points together and came up with this list.

Is your name on the list? If it is, you’re invited to the Top 100 Most Influential List party put on by Australian Bartender and Angostura aromatic bitters, held at The Lobo Plantation in during Sydney Bar Week. That’s where, from the Top 100, we’ll announce those who made it into the Top 10 — and have a great party while we’re at it.

It’s just one of the 22-plus events in store for Sydney Bar Week this year. You can find out more and book tickets for other events like the
Indie Spirits Tasting, the Business of Bars Conference, the Whiskey Roadshow, and the Bartender Magazine Australian Bar Awards by heading to barweek.com.au.