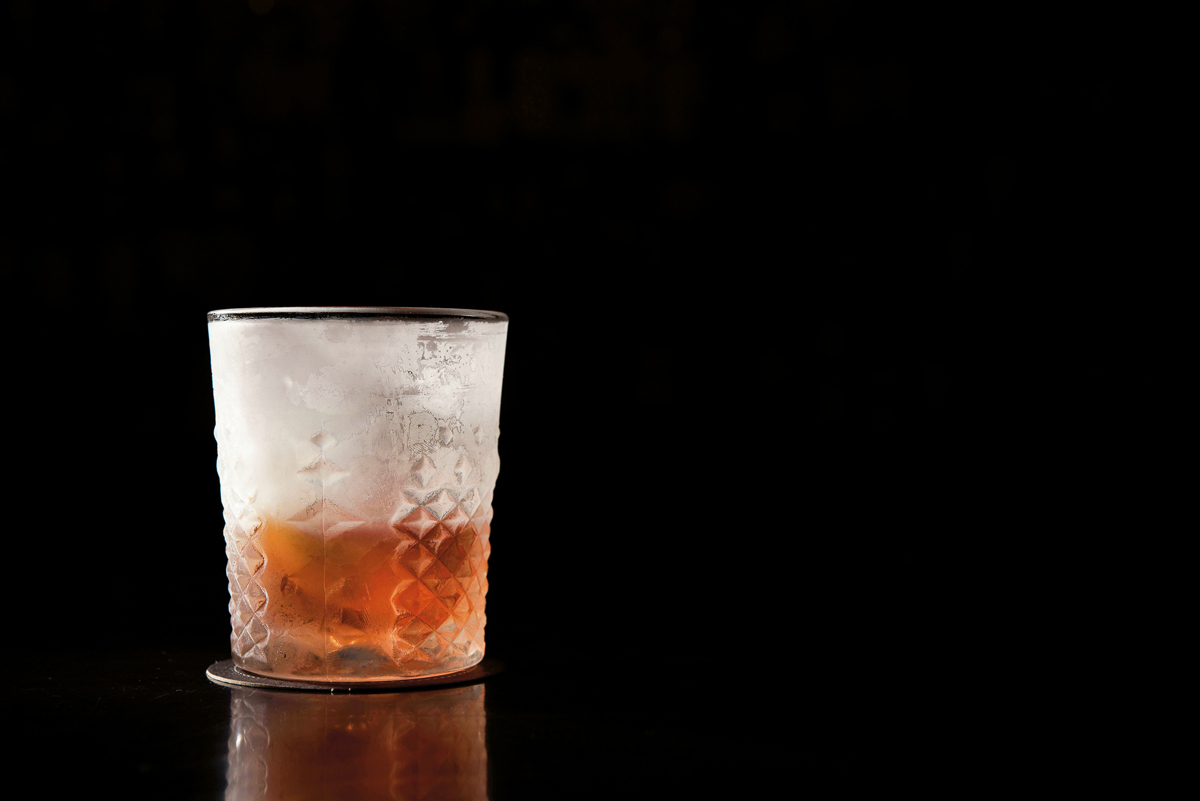 THE SAZERAC is one of those cocktails that have stood the test of time. It’s kind of a funny preparation, when you think about it — I wonder who first thought to rinse a glass and to rinse it with absinthe? Did they not have clean glassware ready and needed to re-use a glass that had previously held absinthe?

Well, whatever it’s genesis, we know that it’s a banging drink. Hailing from New Orleans, it was first made with cognac, as Ramblin’ Rascal Tavern’s Daniel Noble points out.

“But then phylloxera absolutely fucked the supply of cognac.  So a lot of Sazeracs began to be made with rye whiskey,” he says.

Phylloxera is the grapevine bug that ended up decimating France’s vineyards from the mid to late 1800’s, which then crushed the supply of cognac going to the new world. Rye whiskey was there to pick up the slack, and began to appear in the Sazerac.

But the New York style of Sazerac, well, that’s the best of both worlds.

“The New York preference was to go for half-half with the cognac and the rye,” Noble says.  “And you get a bit more punch out of the rye.”

For what is ostensibly a rather simple drink, there’s some art to the cocktail’s preparation — particularly the absinthe rinse, which Noble says he saw done differently in New Orleans. 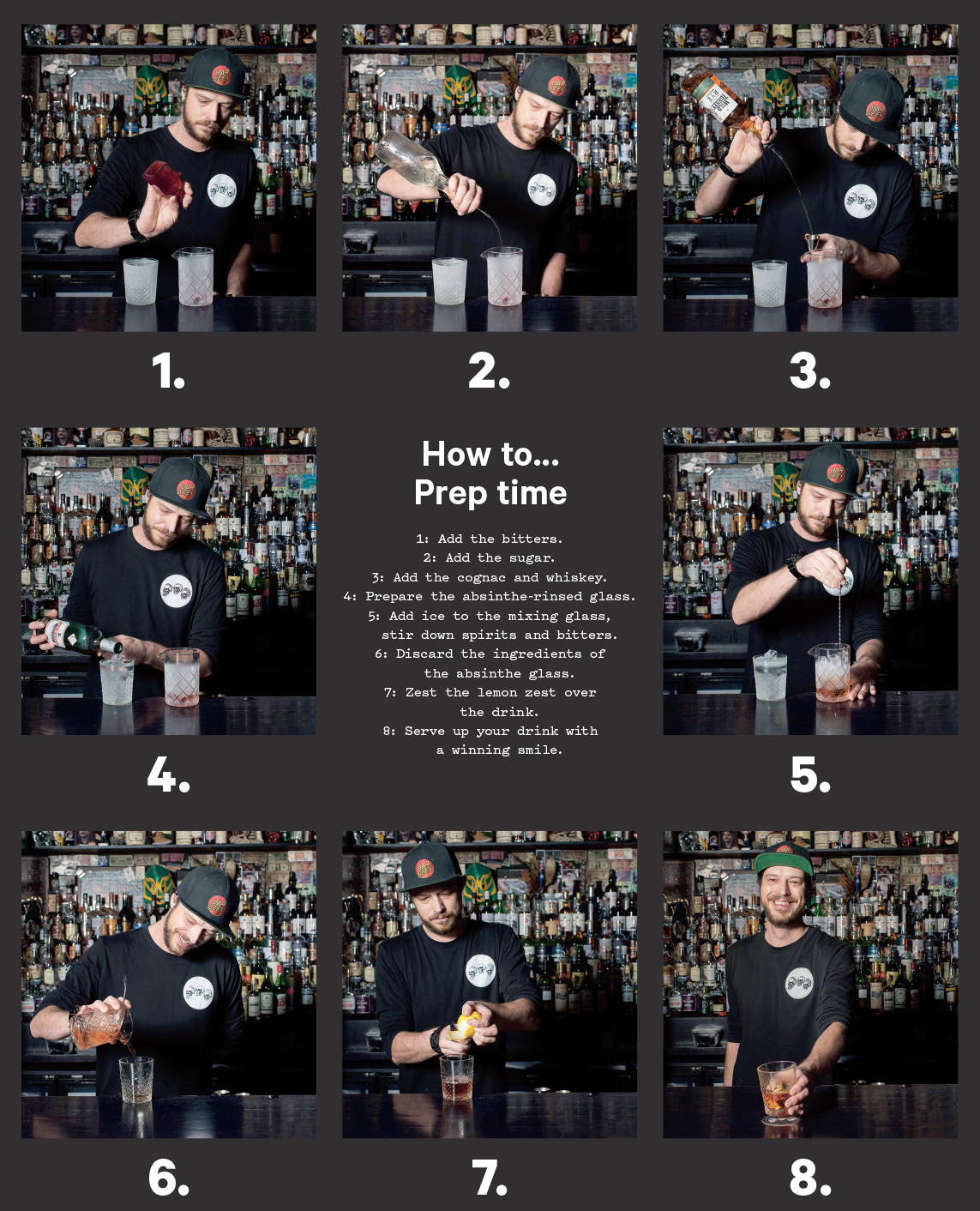 “When I was there, I saw the bartenders use crushed ice in a glass and they poured a heavy serve of absinthe into it. Obviously there, the temperature is ridiculous, so by the time the drink’s ready to go it’s water. One place I went to discarded the absinthe and water into a glass and left it with you while you drank your Sazerac,” he says.

The drink is traditionally served very simply, too: it’s just liquid in the glass, with the lemon zested over the drink and discarded — but the Rascals do it differently.

“We keep the garnish in there and we use an atomiser instead of a glass, because were about making a good quality product, but also not waiting thirty minutes to get a drink banged out for you,” Noble says.

Fill a rocks glass with crushed ice. Pour in the absinthe and swirl the glass. In a mixing tin, stir down the cognac, whiskey, sugar, and bitters with ice. Discard absinthe and ice from glass — reserving them if you wish — and strain the other ingredients into the glass. Zest a lime twist over the drink, and discard, if you so wish.

0
Australian Bartender August 28, 2017
No Comments Yet