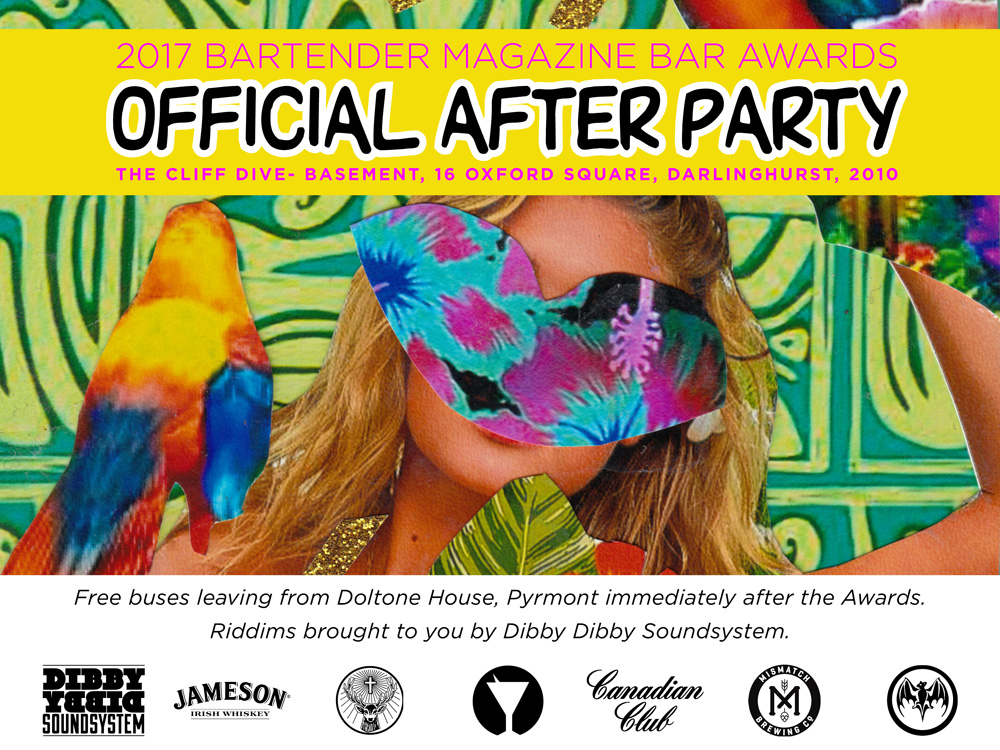 Sydney Bar Week (16 – 20 September) kicks off this Saturday, which means that the Bartender Magazine Australian Bar Awards is only a few days away — and that means, it’s only a few days until things get loud and weird at the official Bar Awards After Party at The Cliff Dive.

There’ll be free buses whisking everyone from the Awards to The Cliff Dive (bartenders on a bus — what could go wrong?), where there’ll be cheap drinks from your favourite brands and floor fillers provided by Sydney’s pivotal party posse, the one and only Dibby Dibby Sound System.

The Cliff Dive is proud to present the 2017 Bartender Magazine Bar Awards Official After Party. Hop on a bus and come on down. Floor fillers provided by Sydney’s pivotal party posse, the one and only Dibby Dibby Sound System. Cheap drinks by your favourite brands. Celebrate your win with a cold one or drink away your sorrows (also with a cold one). Good times will be running till late. 0
Australian Bartender September 14, 2017
No Comments Yet