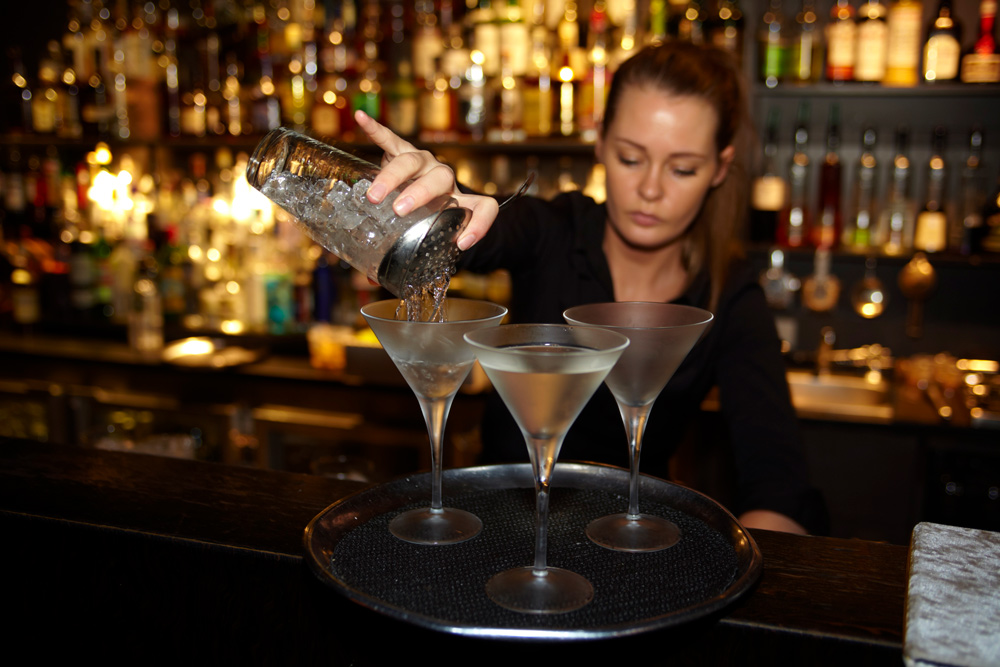 The first Tuesday in November is known around the country as the day of the Melbourne Cup — you know, that race that stops a nation.

Well, 20 years ago, on November 4 1997, there was a bar opening that was both ahead of its time and a callback to a place lost to time: Melbourne’s Gin Palace.

Long before gin was considered something fashionable to drink, Gin Palace opened when current owner Vernon Chalker and business partners Daniel Besen, Robert Lehrer, and Michael Kantor, realised their vision of a cocktail lounge “with full service and no attitude” and in the process created one of Melbourne’s first laneway bars.

When Gin Palace first opened, there was a handful of gins available to them, and they stocked around 15 different gins. Today, that number has obviously exploded, and they now stock over 200 bottlings of the juniper spirit.

A couple of years back we asked Chalker just what it was that was the key to Gin Palace’s longevity. “We started out with the intention of being around a long time, not just providing a flashy product that was of the moment,” he told us. “We had a very stable vision.”

“We kind of opened up before the whole bartender movement evolved, and we headed in that direction when the smoking laws came in. When we opened, cigar bars were a happening thing and cigars were part of our repertoire.

“It was a bit of a struggle after that, particularly with the GFC around the same time and we got through that — we had a tough couple of years, I had Madame Brussells, so I was kind of busy anyway, but I was always intending to stay there, we had a twelve year lease to start with. I then bought my partners out and then signed another 20 year lease on Gin Palace knowing I wanted to stick around.

“So my vision was really more to be like Pellegrini’s, or a Mario’s, or a Francoise — there to stay. Stick to what we do, and keep at it.”

So, come November 7 and come the Melbourne Cup this year, Gin Palace is going to be throwing a big, celebratory birthday bash. They’re closing down their laneway for one day of what we only assume will be the typical Gin Palace debauchery — expect a red carpet, gin Martini’s on arrival, a casino, foie gras, and more.

Congratulations to Vernon and the Gin Palace team — it’s a milestone few ever achieve.

0
Australian Bartender October 25, 2017
No Comments Yet