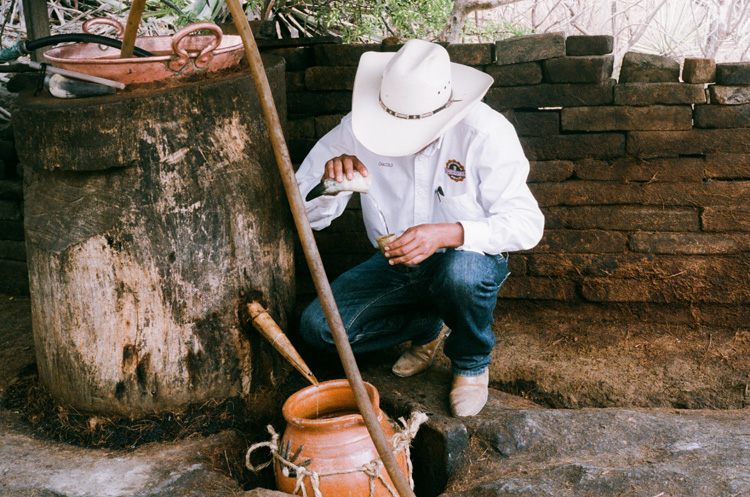 Mezcal is an agave spirit that comes from a variety of regions in México. The Tio’s Cerveceria team explored some of the more remote regions of Oaxaca and Jalisco to to find palenques where the producers are following family traditions, handed down over many generations, to produce great mezcal.

Oaxaca is littered with mezcal producers and we headed to one of the hearts of the region, Matatlán, known for its passage to many mezcal producing villages and families.

That’s where you’ll find the newly built Sombra palenque, which is one of three that the brand utilises to produce their mezcal alongside sommelier Richard Betts. The sombra palenque is built for manageable scale with one of their pillars of production centred around sustainability.  This was demonstrated to us upon arrival as they have developed a nursery for some of the rarer agave varietals such as tobala and a variety of agave karwinskii called cuixe.  After our tour we ate an amazing meal cooked by the workers’ abuelas, a rich feed of carne asada, tortilas, pickled veg and green mole. Some of our team spotted the workers loading up a pit oven at the site of Gracias a Dios and jumped in to assist them once their bellies had been filled.

Later that same evening we caught up with Asis Cortez of the mezcal family who produce the brands Agave Cortez, Nuestra Soleded and El Jolgorio.  We met him at Mezcalogia and sat with him and his bartenders and talked about the history of mezcal, about the different regions of Oaxaca and tasted many different mezcal made from different varieties of agave. This was awesome for the team as we were able to try a bunch of different agaves from different regions that many of us hadn’t seen before. This night finished up with a successful exploration for late night tacos around the streets of Oaxaca City.

Tio Rey cooks his agave in an outdoor pit oven. Having grown up on this land, all his life he has seen where the agave flourishes and chooses only the mature agave for his cook.  He has cultivated some himself but many are wild grown, also known as Silvestre.

His agave is crushed by wooden mallet and takes much longer to pulverize than other mezcaleros who use stone tahonas.  He has a wooden hollowed out canoe he uses to hold the agave while he beats it with his mallet. Once the fibres are sufficiently separated he shovels them into large wooden fermentation vats and only water is added.  Fermentation is a naturally occurring process here, and requires a delicate balance of sugar from the agave plant to work with the yeasts that are endemic to the microclimate.

The clay stills are less reliable than their copper counterparts as they are hand made and can have faults that cause cracks under heat. It’s this rudimentary nature that is also what makes them so special. The skill and dedication required to produce high quality mezcal is passed down through generations of mezcaleros and Tio Rey, aside from being an excellent host, makes some exceptional mezcal that we fell in love with. 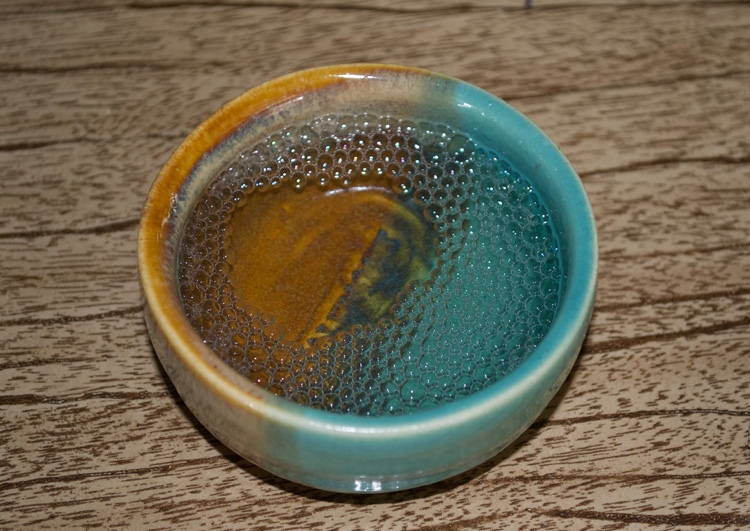 Matatlán – El As and De Cortez

As we returned to the Matatlán area, Zac Zafron, a bartender living in Oaxaca and working with the Cortez Family (formerly of The Pastry War in Houston), was our guide. We headed to palenques that produce espadin mezcal for the Agave de Cortez range.   We were able to get our hands dirty, helping the workers at one palenque cut and split the agave before it was loaded into the pit oven.  As we continued to explore the palenques we saw many similarities, many of these palenques had similar sized earthen pits, the same number of wooden fermentation tanks, crushed agave supplied by a single stone tahona pulled by a donkey or horse. Each mezcalero had their own idiosyncrasies about production, how long they would heat for or how they could tell fermentation had reached its peak.  All of the mezcaleros worked their own brands as well as contributing to the Agave de Cortez mezcales.  Many worked with wild agave and cultivated fields they own or manage.

We were able to try some pulque in town at a pulqueria that was famous in the area.  The pulque was fresh and still silky smooth, lightly acidic and delicious. Its distinctive taste and consistency isn’t for everyone, but the fresh pulque from Oaxaca is much more palatable than the thicker style of México City.

One of the amazing parts of the history of mezcal production is that which predates the arrival of the Spanish to México.  We traveled south of Guadalajara past Ciudad Guzman with Pedro Ximiez of Mezonte and Para de Sufrir.  Pedro owns both of these mezcal bars but they have very different intents.  Para de Sufrir opened in the late 2000`s and is a combination of great mezcal, food and live music. Mezonte is an intimate private tasting room often manned by Pedro himself, showcasing great agave distillates from all over México.

Past Ciudad Guzman, Jalisco, is an area that houses some of the oldest agave fermenting traditions.  First Pedro takes us to a remote mezcalero called Marcario Partida Ramos who has a large volume of land with many types of agave on them, predominantly agave rodacantha and espadin.  His family put on such a spread for us too: some amazing dark nutty sauce with chicken, and of course some mezcal.  Here we saw some of the most rustic production I have ever seen: using sticks to crush the roasted agave, fermenting it in cement lined earth pits, and distilling it in a clay pot with a hollowed out tree trunk as a chamber.  This is a method that has been passed down the generations unchanged; they feel that it’s what keeps the spirit in their mezcal. 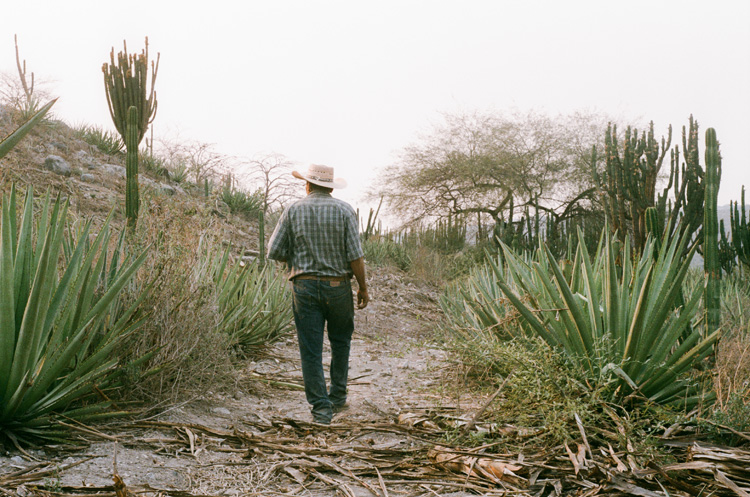 After a short drive deeper into the mountains we passed through into the town of Las Canoas, which is known as the Cradle of Mezcal.  This is a region where archeological evidence of fermentation has been found dating back to the 14th century.  We saw earthen pits dug into the ground, some dating back centuries, where the crushed agave fibers were fermented.  Again here there was no formal crushing area; the rocks around the pits were used to help grind down the roasted agave into workable fibres. The stills were also made from hollowed out tree trunks and clay bases, with large wooden paddles used to catch the condensed distillate. Close by there was a communal area used for distillation of local mezcal.  This area was fenced off not to keep out people, but to prevent the animals getting in and soiling the ground.

After this we jumped in the back of Santos`s old pick up and made passage over the river. Here we headed up to his house on the top of the ridge.  In this region is where he harvested all his agave.  All wild or semi cultivated agave, such diversity of flora from pitaya trees to the many species of agave that naturally populated this area.  This was to be one of the most picturesque areas we would experience in México.  As the light dwindled we made our way back down into the valley and on towards Guadalajara.