Hospitality royalty gathered at Darlinghurst’s Eternity Playhouse last month to witness three of Australia’s finest bartenders strain, stir and shake it out in the Australian finals of the BACARDÍ Legacy Global Cocktail Competition 2017/18; its largest yet with over 150 in attendance. After much deliberation following tight presentations and delicious tipples, James Irvine of Sydney’s The Swillhouse Group was announced victorious.

Irvine’s drink, Bocado was judged not only against its ingredients and methods used to create a stunning cocktail for the ages, but also the expertise in marketing the drink to the public. In the end, Irvine’s inspired use of BACARDÍ 8 coupled with a flair for promotion both on and off stage won the judges over.

With this win, Irvine has realised his dream of a BACARDÍ Legacy title, having competed in the finals four years ago, and is now looking forward to representing Sydney and Australia on the global stage in Mexico City. The Bocado utilises mouthfeel, Spanish influence and visuals to pay homage to everyone James feels contributes to making a bar successful: The bartenders, designers and consumers.

Irvine is now off to Mexico City in April on an all-expenses-paid journey to represent Australia against the best bartenders from 35 countries globally, and potentially etch his country’s name into the bartending history books.

We caught up with James as he stepped off the stage with his win.

You made the final round of the first BACARDÍ Legacy in Australia four years ago — what was the difference between then and now?
The point of difference was, I won this one. There were contrasting drinks — the first one was originally an almost Sour Fizz style, riffing on a Hemingway Daiquiri, called the Old Man & The Daiquiri, and finished with a kiss of champagne. That was my first ever cocktail competition and we’ve come on leaps and bounds since then.

Tell us a bit about your Legacy drink — it’s designed to pay homage to the industry, right?
The drink is in reference to the Spanish meaning of bocado —it translates directly as ‘to bite’ but it mainly refers to a delicacy. As I mentioned on stage, it’s my BACARDÍ Legacy which is also effectively my BACARDÍ delicacy. The whole legacy behind Bocado was to reflect upon the legends that put in their hard work each and every day. It pays homage and respect to those past, present and future legends who are doing the exact same thing that I‘ve done for the competition.

How did you come about your presentation? You prefer to go unscripted, right?
So it’s in my style; to be honest I think that’s important, because when presenting there should be that genuine factor. When you’re on stage there should be a stage presence, and I think it comes down to knowing your products, and your confidence. There are many things that could change on stage, it could be the crowd contact, there might not be much interaction or engagement — if you’re scripted and you’ve got a very serious script, there’s no adaptation to that. I circulated the room, I spoke to the judges, I took a selfie, that was the engagement for my promotional campaign — being relaxed and approachable.

What did you learn from the Bocado guest shift series?
It was an amazing experience, I got to select, activate and promote Bocado through venues that I see as the best in Australia. I begged, borrowed and stole — I asked very nicely if these venues would like to do this activation; this is something that helps me, but as a sales incentive the bars kept all the profits. That’s important, because to have a random behind your bar for one night, it could be detrimental to your sales. It was amazing and surreal.

Did you notice any differences between the bar scenes of each city?
I have noticed, and I’m not sure you can put this in print, but bartenders really like to make you miss your flight the next day. We started the tour in Perth, and The Dominion League were great hosts, let’s put it that way.

What do you expect to find in Mexico?
BACARDÍ Legacy is one of the world’s biggest cocktail challenges, and they don’t send idiots over there. Australia has had a very strong representation in the past, and a strong history of doing quite well in this competition, so I hope I can do the country and the past Legacy contestants justice.

What advice do you have for bartenders wanting to enter and create their own BACARDÍ Legacy?
There’s two key components for this competition: there’s the BACARDÍ Legacy which makes up 30 percent of the marks, and then there’s the overall liquid, for another 30 percent, and then your presentation which is another 30 percent. You can either look at it as you make a great story and build a drink around that; or have a great drink and you build a story around that. It’s a way in which people can get behind you and your drink,
a story they can believe in.

You have to be genuine.

Take a look at Irvine’s winning recipe below. 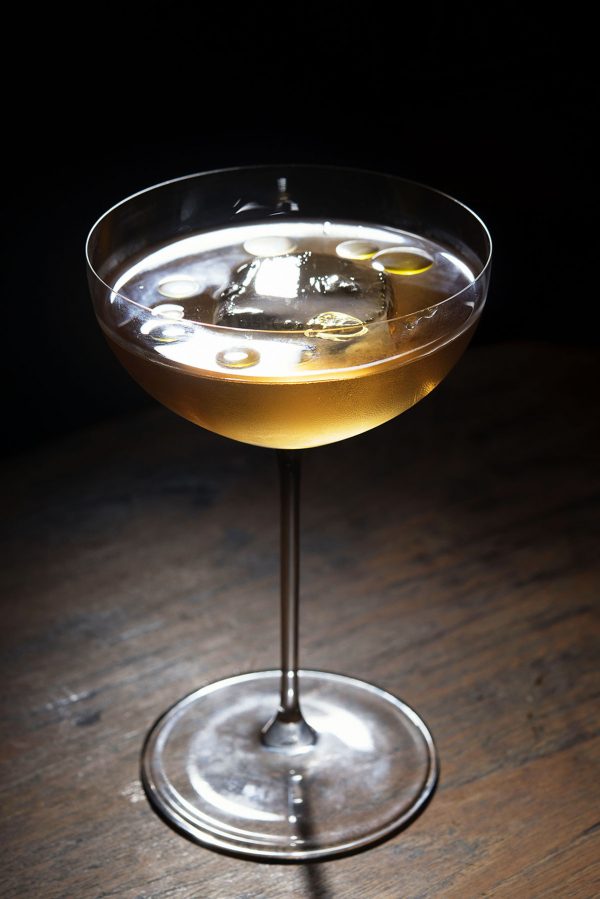