Cassis is the French term for blackcurrant, and it’s creme de cassis — the French liqueur made from blackcurrant — that Hemsworth is a little taken with.

“I’ve always been obsessed with Ribena; it was the soft drink that Mum allowed us to have,” says Hemsworth. Cassis, then, is the grown-up version of that blackcurrant cordial.

“It tastes delicious and it’s a bit cheeky,”  she says.

Here, Hemsworth has shared with us her go-to cassis drinks — we know we’ll be imbibing a Pompier the next time we get our hands on some blackcurrant stuff. 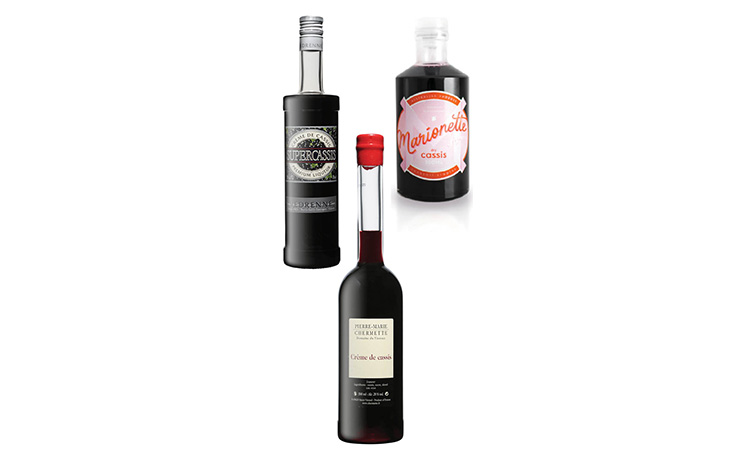 Marionette Cassis
A homegrown hero, Marionette makes their cassis from white bud blackcurrants farmed in the Derwent Valley in Tasmania. The Marionette tends to run a little drier than the classic French versions of cassis, and there’s some good punchy acidity on the palate. Good Measure

Vedrenne Supercassis
Supercassis — it’s like cassis, but more super. Whereas regular creme de cassis must contain 400g/L or more, this Supercassis is up in the realms of 500g/L and double the concentration of fruit and makes for a powerful liqueur. Cerbaco

Domaine du Vissoux Creme de Cassis
Made from noir de bourgogne blackcurrants and from an organic estate, this is a rich, aromatic and drier style of creme de cassis. Bibendum