DANDELYAN tour – A year in the making. Seminars and collaborations – behind the scenes of the tour.

You all know, any night behind the bar (or in a kitchen I may add), hours of prep goes on behind the scenes. Some venues may even have prep ninja’s dedicated within their roster, an entire shift pre-batching cocktails, cutting ice or garnishes for service. The bar scene has changed dramatically throughout the last decade and the cocktail game has intensified. Consumers are more in the know, expectations have increased, but this has allowed bartenders to become more experimental, and more creative. Old techniques have been recycled and revamped into new techniques and we have the ability for endless flavour opportunities, with fun, and sometimes daring cocktail menus.

This month The Blends of the World partners with Dandelyan, and the tour is about to kick off in WA as the first stop. Without getting all geeky and too OTT, the menu for the Dandelyan tour is imaginative, inimitable and darn tasty.

It’s important to know that not only will you be taken on a whimsical journey through the Dandelayn world with a ‘Bar In-depth’ session (for industry only) about modern botany, minimal waste and effective service techniques, but there is a chance to take your tastebuds on a voyage, with an evening of collaboration between the world’s best bar, and our very own talented, liquid magicians from some of Australian’s best venues! 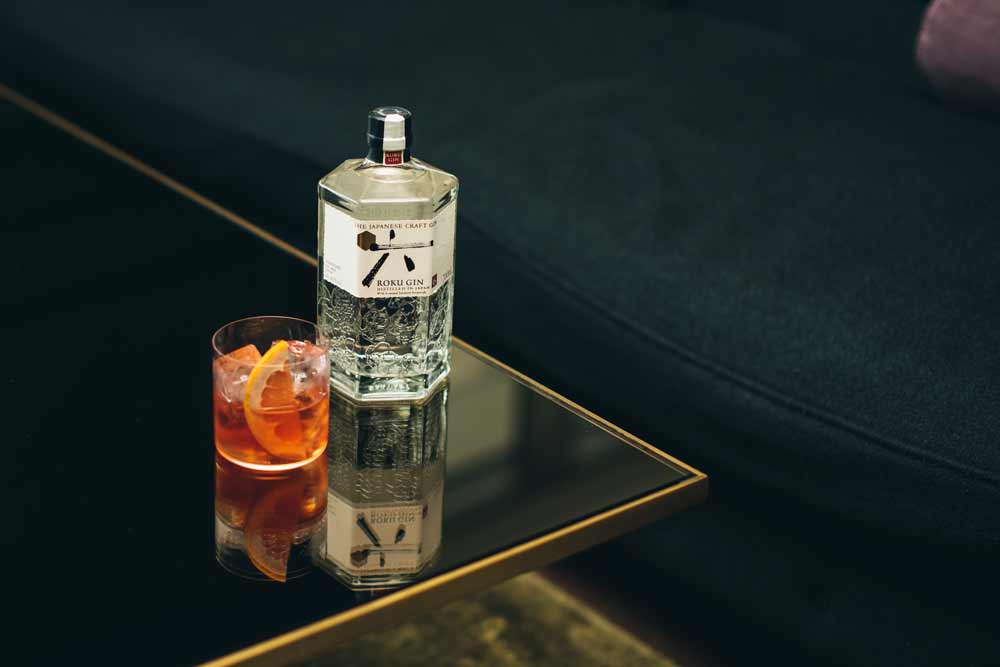 This has literally been a year in the making — you think your group chats are intense? Try putting 15 bartenders in there, masterminding concepts for this tour across varying timezones.

The tour started as a discussion at Tales of the Cocktail last year: “this isn’t a takeover tour, this is a collaboration.” It’s a chance for the local teams to work with the Dandelyan team to bring a unique menu to each venue for one night only (well, two in Sydney).

The Blends of the World is about education, inspiration and supporting the bar community. And this tour provides this. Whether you’re new the industry, or a veteran, there is something for everybody.

Here, Iain Griffiths talks with me about collaboration versus pop-up, and about the Dandelyan tour with The Blends of the World in August.

What do you foresee is the future of the ‘pop’ ups or bars travelling and hosting nights in other cities, countries?
Honestly, I think we’re still a little too young in the grand scheme of things to know what’s next. As an industry we’re still simply throwing ideas against a wall and waiting to see what sticks. The Trash Tiki financial model has had moderate success but doesn’t work all the time,. Meanwhile in Washington DC there is a venue dedicated solely to pop ups, running a new three-month pop up three times a year.

It’s pretty fucking hard just keeping up with the pop ups happening around the world on any given week so I think it’s fair to say we might have reached saturation point, but that is where collaboration becomes a necessity. With more names associated it becomes easier to reach a larger audience and cut through that saturation, you see it as more bartenders start running events alongside chefs, right through to the like of Stance socks, a fucking sock company that through constant collaboration raised their profile to the point where last year they sourced $86 Million USD in investment. For fucking socks! No one, barring say Beyoncé, can compete with the collective white noise social media now makes constantly in our lives, and so to stand out, you have to find someone that will bring you a new audience.

What do you like or dislike about the format of a ‘take over?’
If it’s a dead space (i.e. normally closed on that night, unused, etc.) then I love it for the freedom and opportunity to go full tilt. However the huge setback on attempting a ‘take over’ when in normal trade is that you can very quickly, adversely affect the hosts’ business. Not everyone in the room may be there for the takeover, and so it becomes a real challenge to then manage all expectations.

Any bartenders working in another’s space on a normal night of trade, has a real onus to make sure they meet that bar’s standards. Work to their system, keep your section tight and clean, and host every guest as if they are in your own bar. Personally, I like to be there from first person in the door, get a full venue and ops walk-through before others arrive, be a part of pre-shift briefing and pack down my own section at the end. There is PLENTY of chat about how pop up culture is breeding lazy bartenders and those who wanna act like they’re the star of the show instead of part of a team, but if you simply treat every night as another shift no matter where it is, that’s good mental preparation to then go work a solid shift.

Your team is collaborating with a few of Australia’s top venues – it’s a lot of work but why did you opt for this format?
Dandelyan is about the modern exploration of botany through the eyes of bartenders. Given Australia’s unique flora and fauna, and how in recent years bartenders have really taken hold of this, it would have been a truly boring and self-indulgent exercise to simply bring what we do in London to Australia.

This way, we’ll bring the Dandelyan ethos and mindset, along with some of our more #heapsmadshit ideas to a new playing field, and by collaborating with the best bars in each city that is hosting an event, attendees are going to get a truly once in a lifetime experience.

James Wheeler and Will Meredith aren’t simply showing up and slapping together some drinks for this, this has been over half a year of ideas, emails, calls at all hours of the morning in the making and what they’ve created has Ryan and I thinking we should just open a Dandelyan Australia (jokes, kind of..).

What should the audience expect to see from all these events in August?
A lot of people love to lead these answers with the awards they’ve won and all that shite, for us we lead with our creativity and hospitality. The entire Dandelyan team is proud, night after night, with what we put forward and the chance to take that half way around the world and give others a chance to join us for a night in all that, well we’re probably more excited than anyone turning up.

But what to expect… We aim to be a neighborhood bar in a luxury hotel setting, with cocktails that are based in classics, but champion modern techniques to give guests a truly unique experience that helps to tell a story. Any mofo can slap some booze in a glass and call it a cocktail, we like to dig a little deeper, sometimes get a little weirder, and always have a lot of fun with what we’re making. If that all sounds like your kinda thing then I guess you can expect to have a lot of fun.

What benefits do you see with a collaboration vs a takeover?
Collaboration brings in a wider audience, it stimulates creativity and the final product is often something more interesting, well thought out and evolved. Takeovers are a snapshot representation of something that happens elsewhere. It’s horses for courses, but I think the benefits speak for themselves, and come August when Dandelyan hits Australian, certainly believe that will be the case then as well.

Check out the details of the Dandelyan tour for The Blends of the World below.

Ask your Exchange ambassador or log on to www.the-blend.com.au to RSVP.