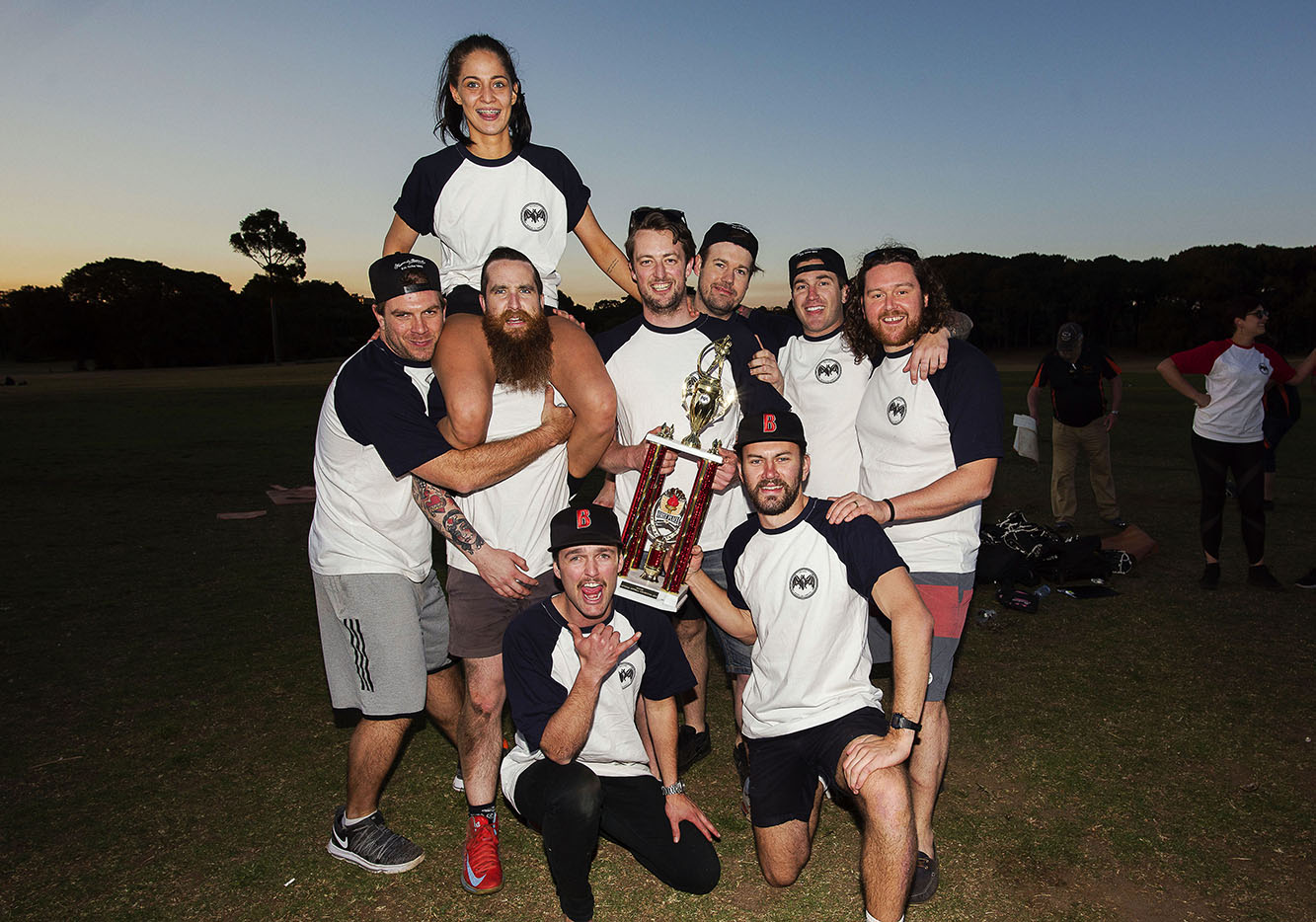 Sydney Bar Week (September 15-19) is a great way to get some bar education, but it’s also a brilliant way to get to know your bartending brothers and sisters from across the country — and what better way to get to know one another than by slugging it out on the softball field, with a smashing BACARDÍ cocktail in hand?

That’s what you’ll get when BACARDÍ Classics Softball tees off on Sunday 16 September at 2pm. Teams from across the country — and one from across the ditch in New Zealand — will play off against one another in a state versus state, mate versus mate, battle of the bats. Last year Team NSW was victorious — who is going to take it out this year?

The team captains for each state have also been announced — visit the BACARDÍ Classics Softball Facebook page to contact them to join their team and check them out and see the details below.

This is just one of the 29 great events lined up over five days of Sydney Bar Week, taking place between Saturday the 15th and Wednesday the 19th of September. It’s set to be the biggest Bar Week yet — get over to the Bar Week site here and get your RSVPs and tickets sorted before they run out.

What: BACARDÍ Classics Softball
Date: Sunday, 16th September
Time: 2pm – 4pm
Where: Brazilian Fields, Centennial Park — click here for the Facebook event page to stay up to date.
During Bar Week BACARDÍ is excited to bring Australia’s best bartenders together to enjoy some friendly rivalry on the softball field and pay homage to the first BACARDÍ distillery workers in Santiago de Cuba, who finished their shifts with a game of baseball. Our pals in NZ will also be fielding a team. If you are in Sydney during Bar Week and keen to play ball please drop a line to Loy, Pete or Georgie. To get involved, email Loy Catada – lcatada@bacardi.com Peter Hollands – phollands@bacardi.com, or Georgie Mann – gmann@bacardi.com.

0
Australian Bartender August 21, 2018
No Comments Yet

Let’s play ball! BACARDÍ Softball is back — here’s how to get involved