As far as drink histories go, you won’t find a more Hollywood story than this. It involves a long-standing Beverly Hils restaurant that counted Hollywood A-listers among its regulars, some flashy bartending technique, some mythmaking and tall tales, and the Rat Pack’s one and only King of Cool, Dean Martin.

Chasen’s was an LA restaurant that was set up in 1936. It was famous for its chilli, and captured the attentions of the who’s who of Hollywood: Cary Grant, Marilyn Monroe, and Clark Gable were just a few of the luminaries to grace its booths and barstools.

Later on, when they weren’t in Las Vegas, Chasen’s was also the hangout for the Rat Pack.

The story of how the Flame of Love came about is pretty solid, though the details change depending on who’s doing the telling (given the pranks and the tall tales that surrounded the Rat Pack this is, perhaps, no surprise).

So here’s one telling of it, anyway.

One night in comes Dino. He tells Chasen’s bartender, Pepe Ruiz, that he’s tired of drinking the same old Martini over and over again. Ruiz takes this on board. When Dino next comes in, Ruiz pops a little fino sherry into Martin’s Martini, and begins flaming orange zests over the martini glass. He shakes up the drink — according to Dale DeGroff’s The Essential Cocktail, Ruiz preferred to shake this drink — and pours it into the glass before some final pyrotechnics over the top.

The details from here get fuzzy, but at some point Dino introduces Frank Sinatra to the drink. Sinatra likes it so much, he buys a round — some say for the whole bar. Another version of it reckons it was Sinatra’s birthday and he bought it for his 52 guests. DeGroff’s telling reckons the order was for 200 drinks, and that Ruiz had to bring all the staff out of the kitchen and into the bar to pump them out.

Given that DeGroff is about as Hollywood as bartenders get, we’re inclined to take his word for it.

The Flame of Love 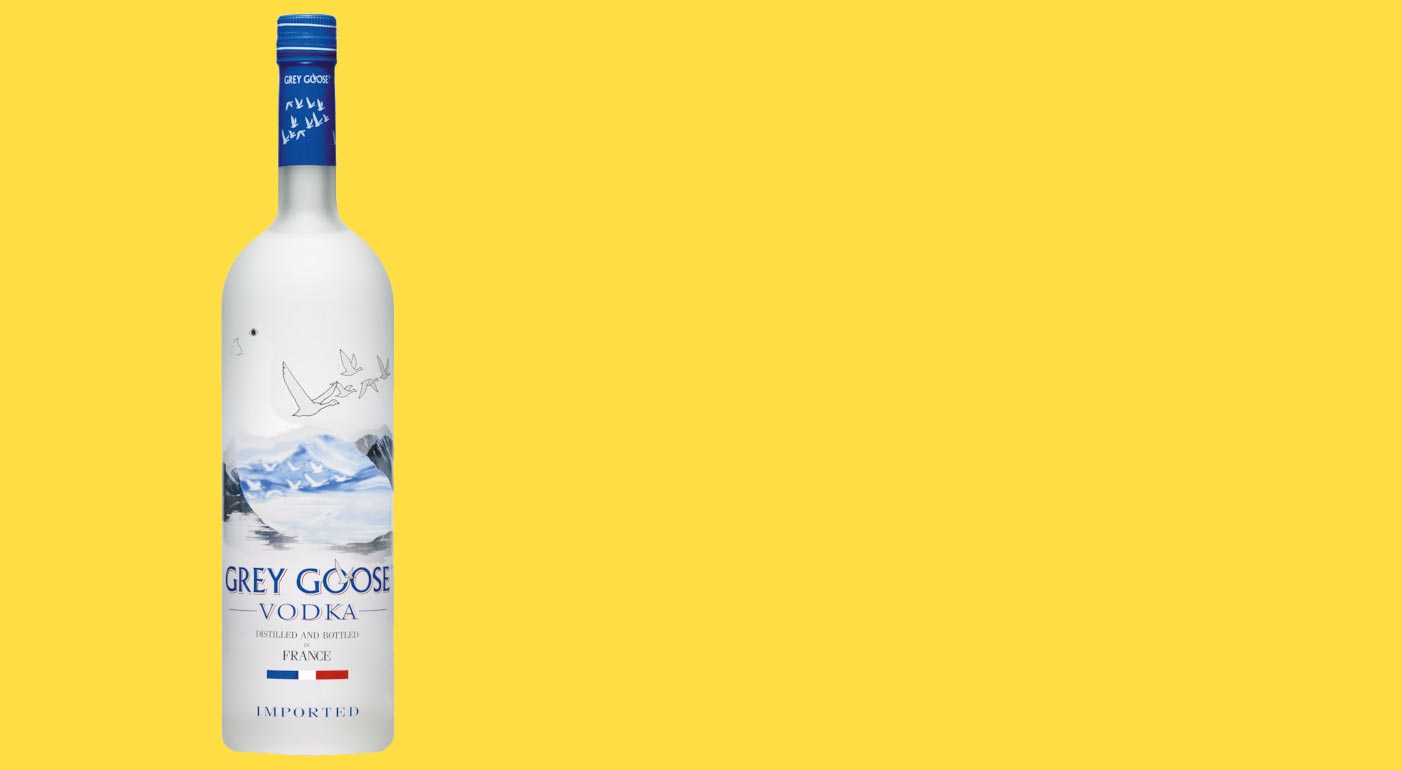 Grey Goose
Made from soft winter wheat from northern France, Grey Goose presents with floral aromas and subtle citrus on the nose, with a smooth, rounded texture on the palate and a hint of almond character leading to a fresh, bright, and long finish.
Bacardi-Martini