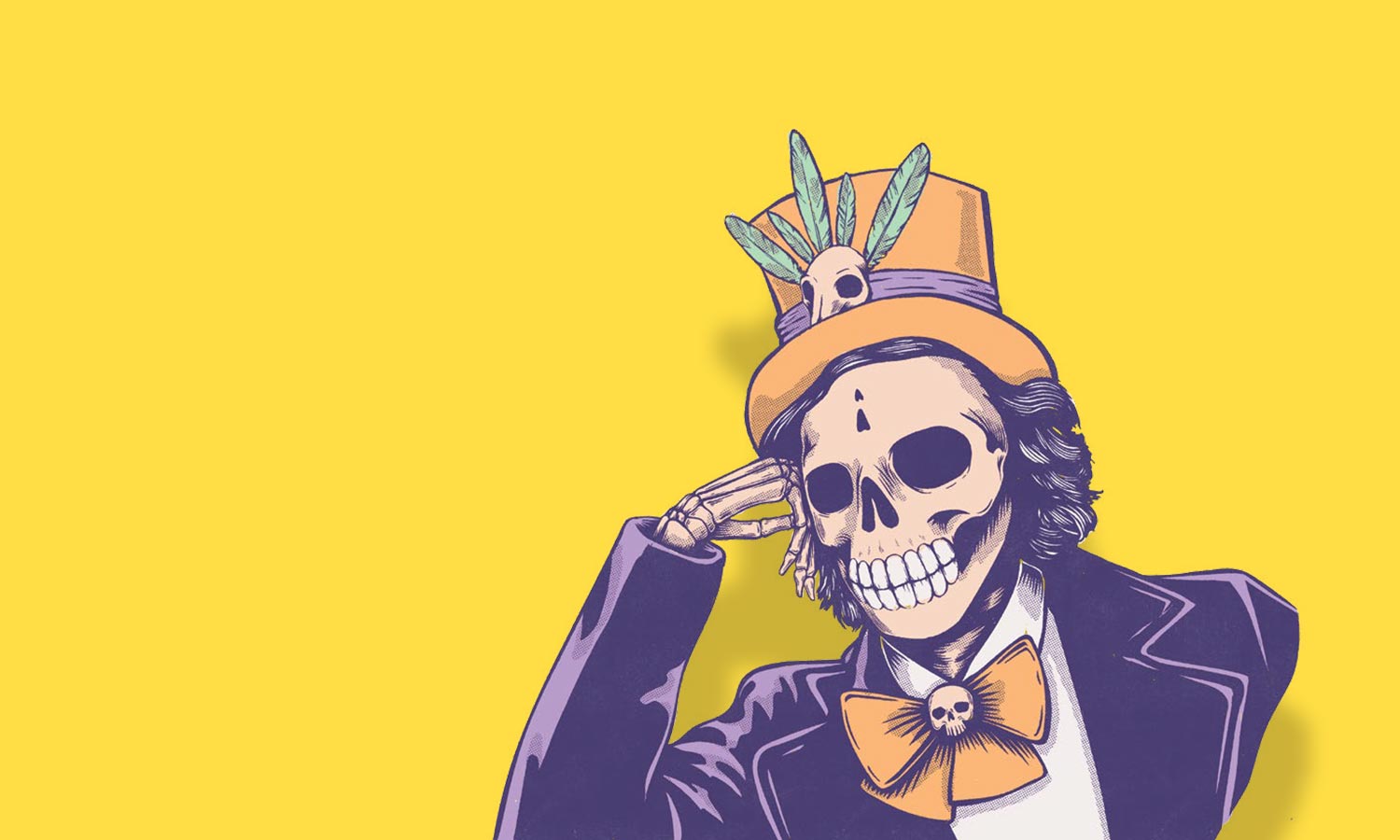 Sydney small bar Papa Gede’s Bar have impressed before with their drink menus (the last one saw them seeking native Australian ingredients). And we’ve had the pleasure of imbibing their take on the Zombie in the past, too (click here for the specs). Now, to celebrate their fifth birthday they’ve just released their latest list — and it’s a best-practice example of a fun drinking cocktail list.

The bar, as you may know, is named after Papa Gede — a voodoo spirit of lust and laughter and general cheekiness — and for this menu, they’ve drawn inspiration from the world of internet memes.

“This is written through the eye of a 21st century prankster who likes to frequently remix a joke as well as a classic cocktail,” says co-owner Lara Dignam. “Everyone does their take on a Daiquiri, everyone has their take on that image of Morpheus ‘what-if-I-told-you’ etc., etc. And the very notion of a meme, something to share and re-share and re-label for any given situation, is inherently social and fun. Just like… drinking. There’s irreverence to it, but also an adherence to quality,” she says.

The relative obscurity of the meme on the menu corresponds with the drinks they think will be more or less niche — the bigger the seller, the more popular the meme they’ve attached to it.

“Probably everyone knows the Condescending Wonka meme,” says Dignam, “so the drink is a vodka-laced, salted vanilla creaming soda creation that we expect to go down very easily. It’s unashamedly based on childhood whims, but with a touch of salt — just like Charlie and the Chocolate Factory.

“Fewer people will get memes like ‘Bees are dying at an alarming rate’ or ‘Leeeeeeeeroy Jenkins!’ as references, and so the drinks are designed for a more niche palate.”

As befits a bar channeling the spirits of voodoo, there’s a healthy selection of a dozen absinthes laid out on the menu (it’s one of the finest menu pages we’ve seen) and if you’re in there between 4pm and 6pm for their absinthe hour, they’ll knock 20 percent off the price.

Take a look at a few pages from the menu below — the illustrations and irreverence are best practice — and swing by the bar (you’ll find Papa Gede’s Bar at 346-348 Kent St, Sydney) to wish them a very happy 5th birthday. 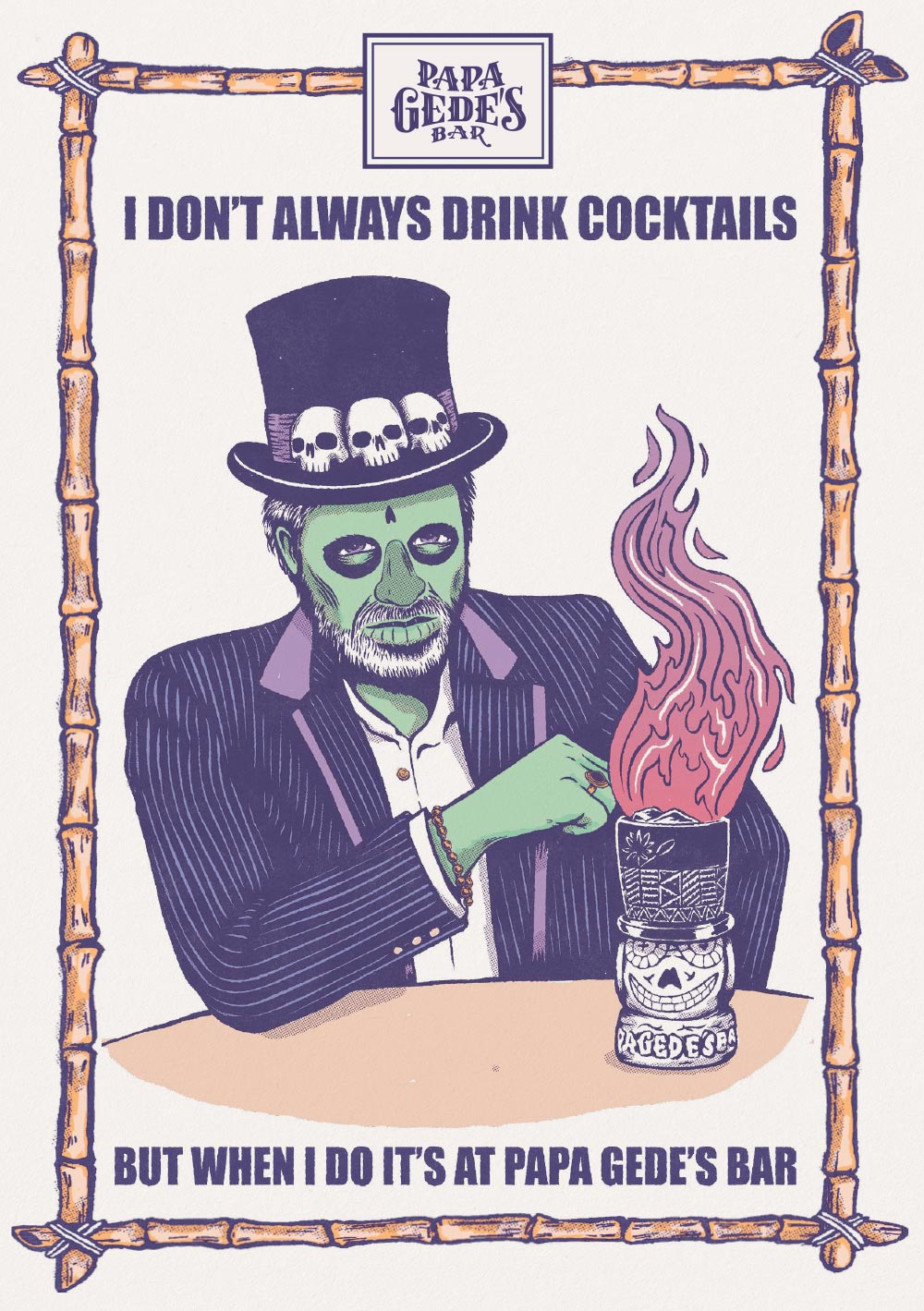 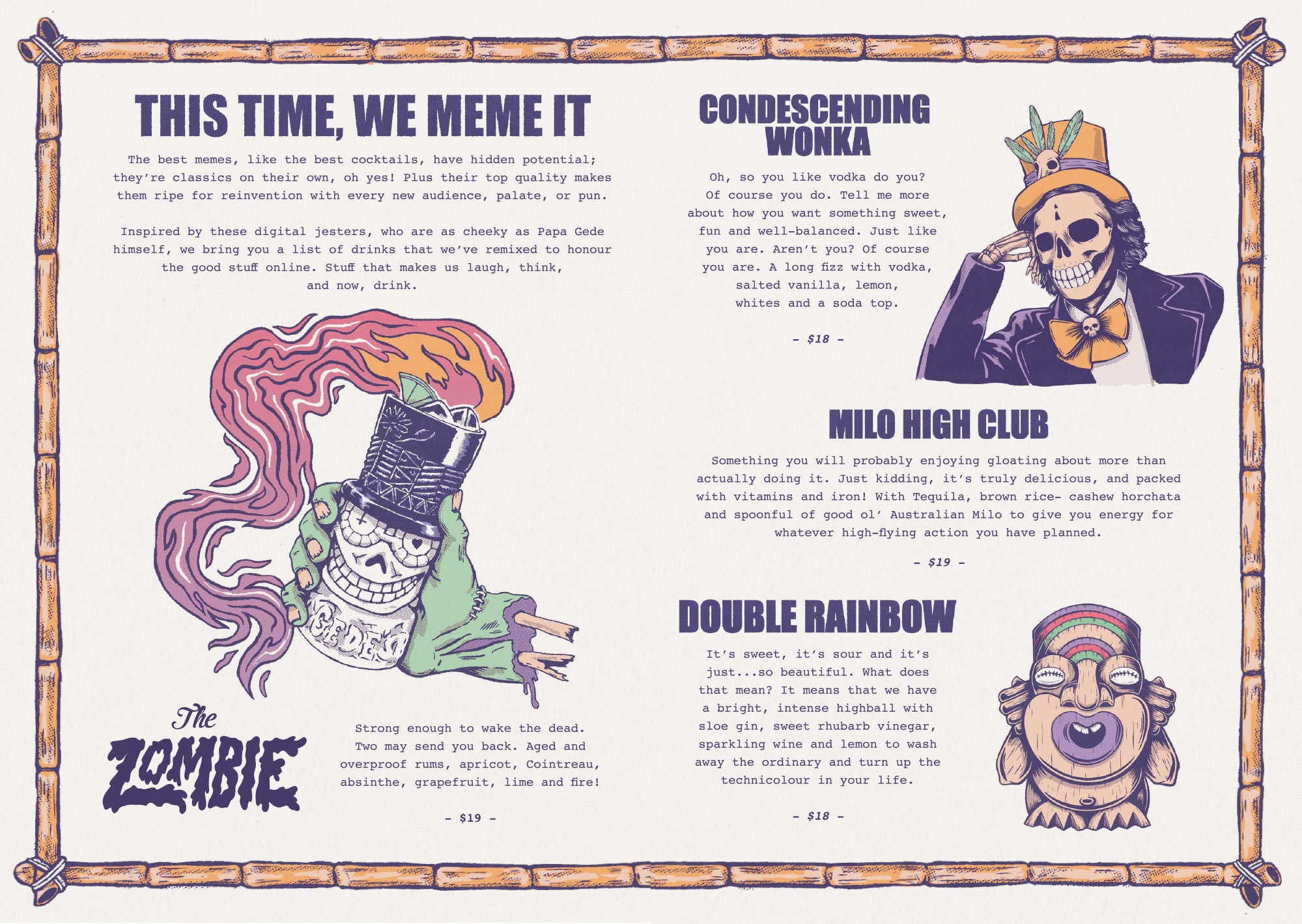 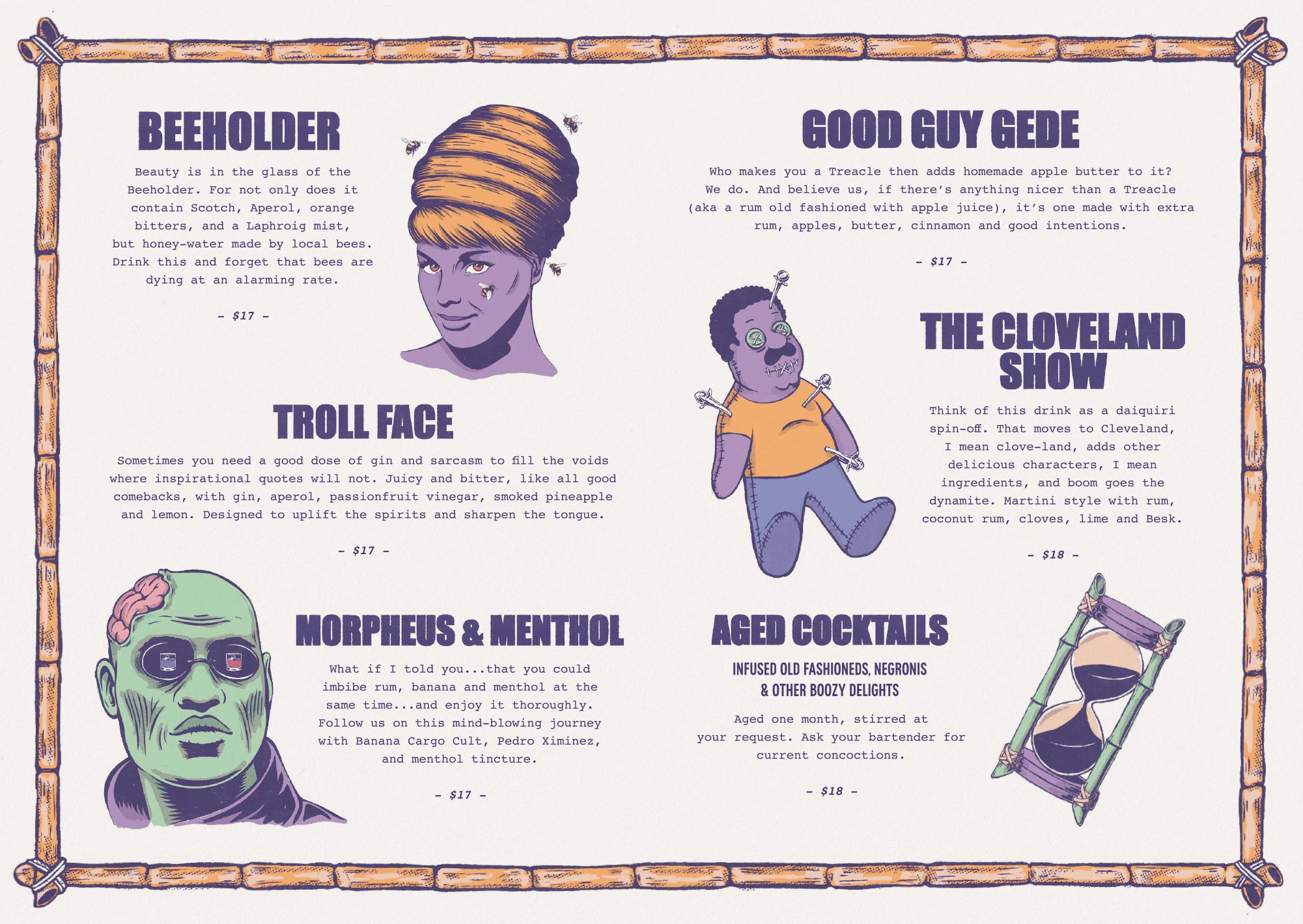 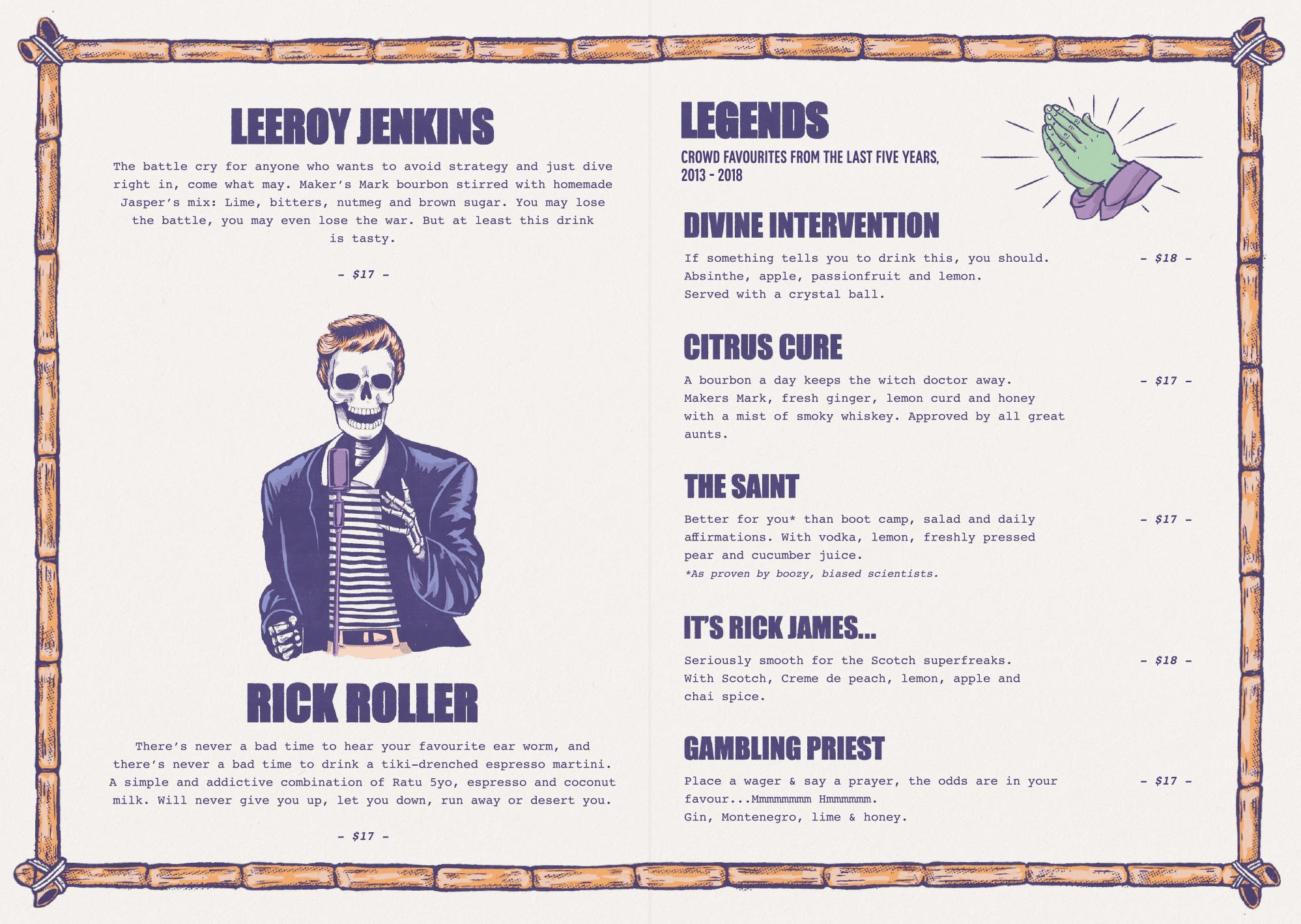 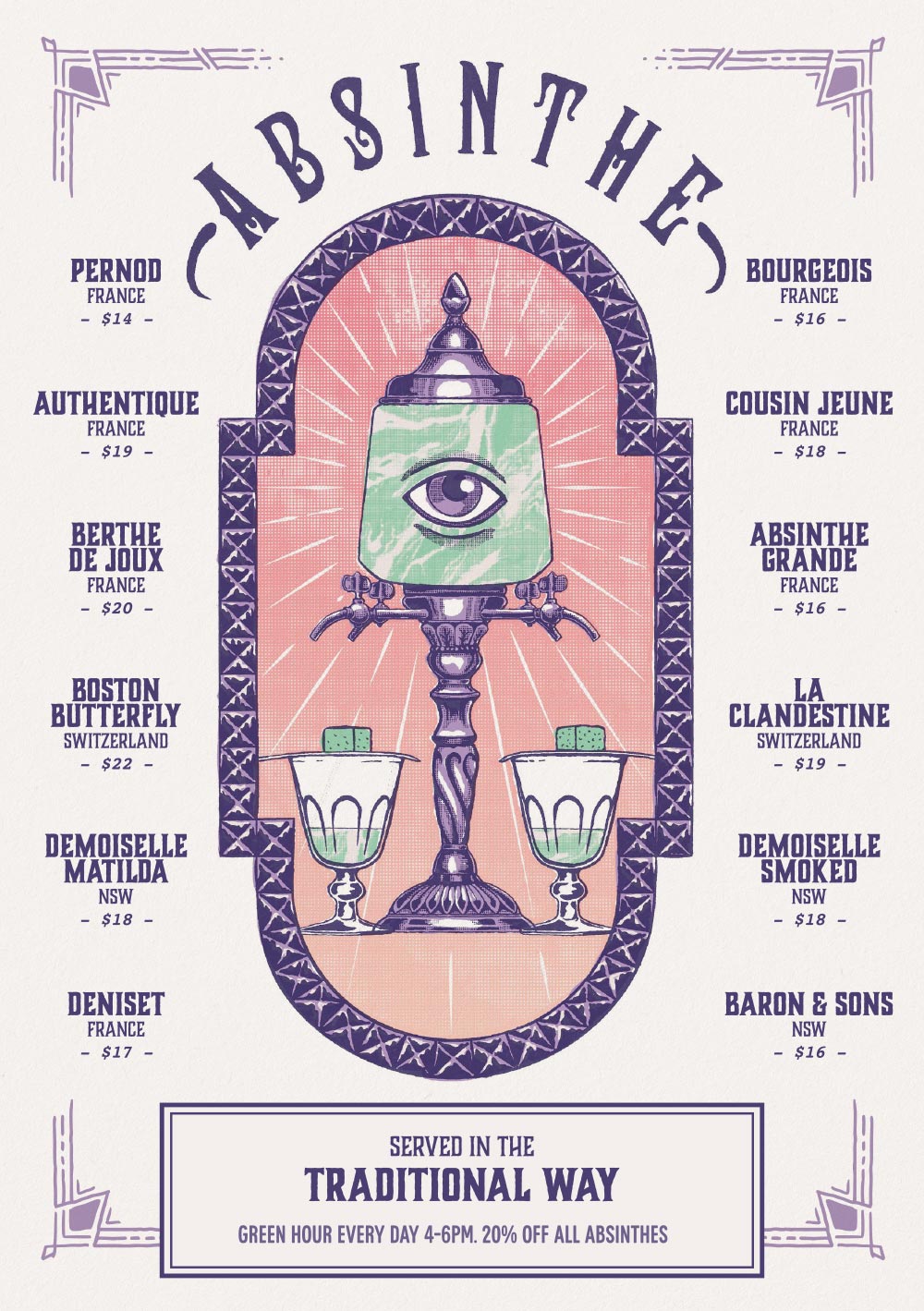 PS40’s Festivus menu: how their most striking cocktail list yet came to life

How your menu can do good: The Trick Dog Mural Project

Take a look at The Ugly Duckling’s new cocktail list