It’s been a few years in the making, but this Saturday Sydney will have finally have its own Employees Only.

Employees Only, is one of the seminal bars for the craft cocktail industry in the US and across the globe. Founded in 2004, the New York bar has played a central role in the US scene and in the cocktail revival more broadly.

In 2016 came the news that this seminal New York bar was opening its first outpost, led by the then bar manager of the New York bar, Steve Schneider, in Singapore.

Since then they’ve opened Employees Only in Miami, Los Angeles, and Hong Kong. And now it’s Sydney’s turn.

One of the founding partners of the original, Dushan Zaric, is in Sydney to help get the bar up and running with fellow Employees Only New York transplant, Robert Krueger. We caught up with both of them recently to find out just what we should expect from this branch of the bar.

When asked why they chose Sydney as the latest outpost, Zaric says: “Why not?”

“The reason why Sydney is because I have been travelling to Australia prior to even making the decision to do anything, before us expanding anywhere, actually. And I met Jeremy (King?) who became my friend and business partner,” says Zaric.

“We wanted to do it four years ago but it wasn’t the right time.”

But they restarted the process a couple of years back, and they’ve found the right spot on Barrack street in the Sydney CBD.

“I like Sydney a lot, I feel the energy is good,” says Zaric. “I can walk, it’s not a big place. I also like that the bars here are very thought out, they’re clever, there’s a cool factor about them — they’re smallish, they all feel very neighbourhoody, which I like a lot.”

Food is a key pillar of the Employees Only experience, so Sydney’s eating habits played a role, too.

“There’s a good food scene — there’ great food in Sydney. And I thought, you know what, the market’s large enough, the economy is doing well. They had check all the boxes for how we choose locations, Donald Trump winning the presidency was a big thing for us because I’m like fuck man, I’ve got to have a foothold somewhere else! I’ve got daughters to take care of, who knows what that person might do.”

Krueger says that Sydney’s position as a gateway to Australia from the rest of the world was a key factor, too.

“Sydney is the first point of entry for Australia, it’s the most internationally accessible,” he says. “The other EO locations — from Singapore to Hong Kong, Los Angeles to New York — we see people from Sydney all the time in the other venues and it’s always been connected to other places.

“There’s already a clientele that we already understand from so many Australians who have come through New York and come and visited the original and the other locations as well.”

In terms of what they’ll do with the drinks, Zaric and Krueger are keen to point out that although they will be drinks that represent the Employees Only way of doing things, they’re not just transplanting the New York bar in Sydney.

“There’s a core of EO classics that’s going on [the list],” says Krueger. “A few things get adapted for a different ingredient or a different presentation from that, but then we have, with the local team here, developed a handful of new things, tweaked a few things, and a few things that will be brand new. And as we go on, there’s more and more opportunity to work on developing things.”

“We always try to be conscious of the local taste and flavour,” says Zaric. “I think every Employees Only is different. I resist being put into a formula of anything — the older I get, the more resistance I have to it. My life shows quite clearly — I can write a 10 page formula on how to do a great business plan and it means fucking shit. Because reality always turns around to be quite more marvellous and challenging and unpredictable than whatever I can predict.”

“We empower our staff to come up with cocktails on their own, and we just make sure that they fit into what our idea of an Employees Only cocktail is,” he says. “And it’s a gastronomical cocktail, really, no matter if it’s an aperitif or a long drink or a fancy cocktail or a straight up cocktail, it doesn’t matter, as long as it check three boxes: beginning, middle, and an end, and it has a three dimensionality to it and it pops.”

Zaric says that one of the challenges they’ve had to overcome is the reduced ABV of many of the spirits on sale in Australia.

“For example, you guys have big challenge [in Australia] that the spirits that are imported into this country are generally packaged and sold at 40 percent [ABV] – or less,” he says. “And that is challenging because how do you really create a three dimensional cocktail that has a foundation, that has the dominating flavour, the accentuating flavour, the necessary body and mouthfeel, that is actually driven by alcohol content?

“People revert to using spice, or heat, or this or that to kind of mimic that flavour, but it’s not the same. When you pour 100 proof whiskey into your Manhattan, it’s going to taste quite differently than when you have to use and 80 proof or 40 percent whiskey. It won’t carry the flavours as well. So what we have decided is to honour the market, and most of our menu will be priced at the average standard price, bt then we’ll have few more expensive cocktails that will actually utilise these higher alcohol content spirits so that we can actually do drinks the way we want to do them,” he says.

But the key takeaway that Zaric wants to impress upon his Sydney guests is that Employees Only Sydney is Sydney’s own.

“Let me be very clear: Employees Only Sydney will feel like Employees Only, but it will take a while for the Sydney bar team to own their own manifestation of Employees Only, and I encourage that,” he says. “Because, again, I refuse to formalise things. There are certain guidelines, like with our apprenticeship program, and that guides a lot of things, but what is important is that it has to be Sydney’s own Employees Only. Not a New York transplant, not part of our global expansion, no — this should be a fucking great neighbourhood joint that is Sydney’s.”

Employees Only is open from Monday to Saturday from 5pm to 3am, and on Sundays from 5pm to midnight, at 9a Barrack Street, Sydney. Take a look inside the bar below, and check it out for yourself when they open at 9pm Saturday 24 November. 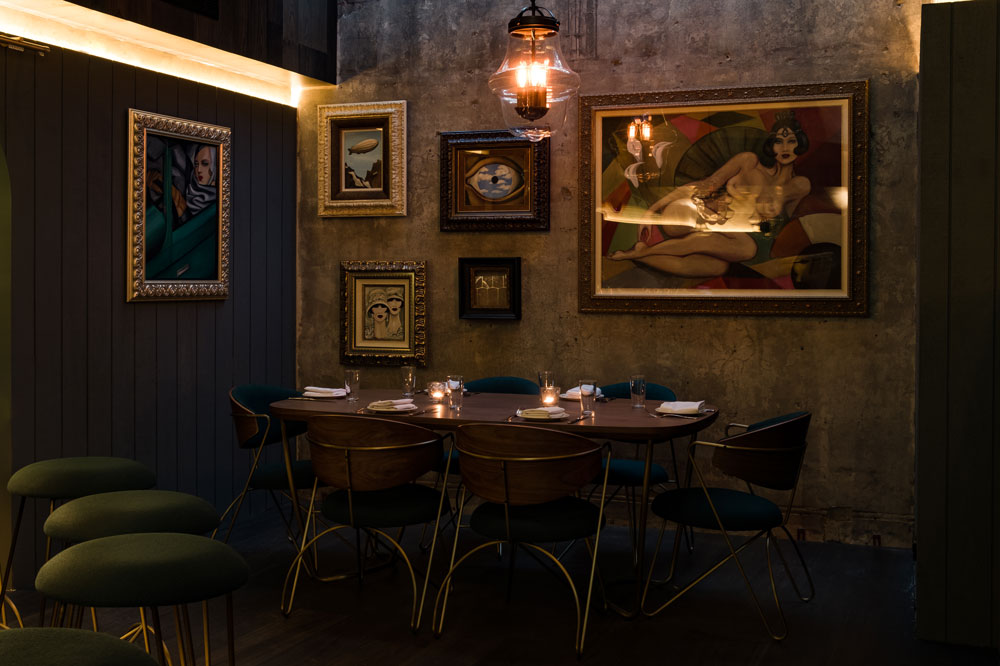 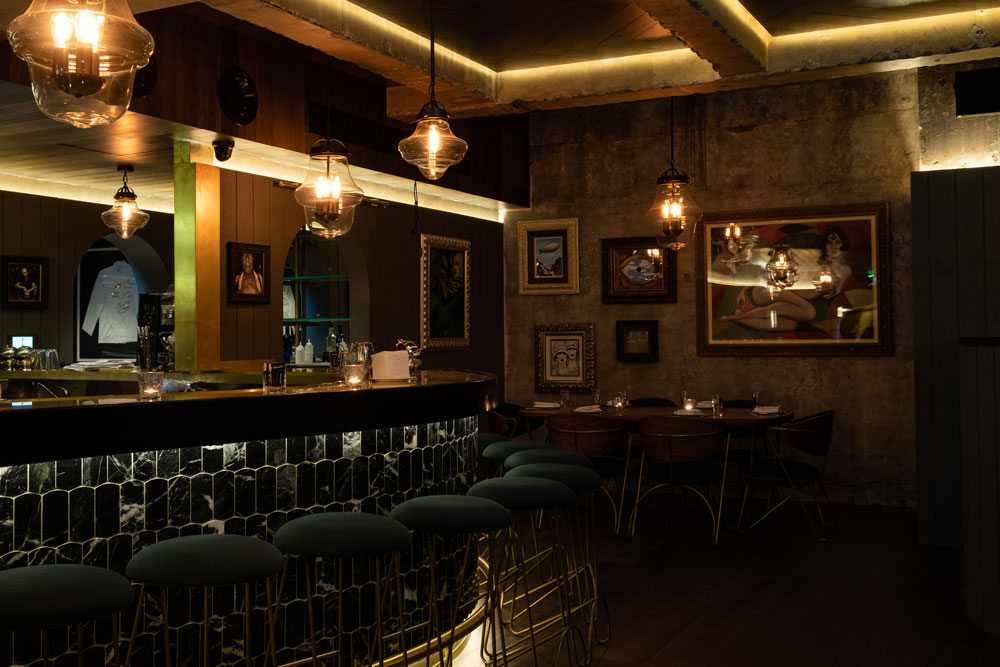 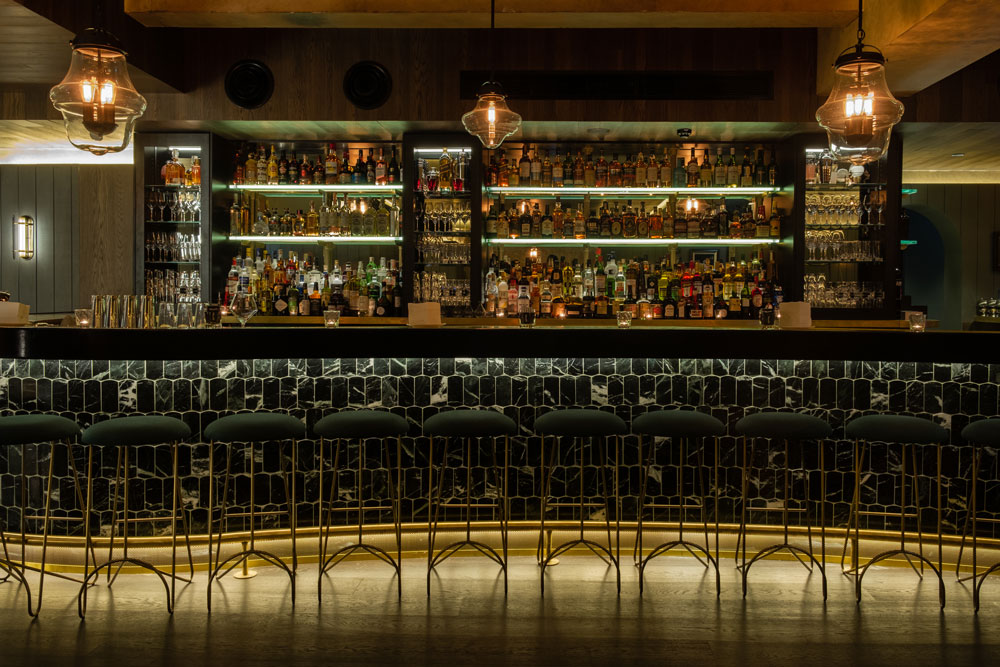