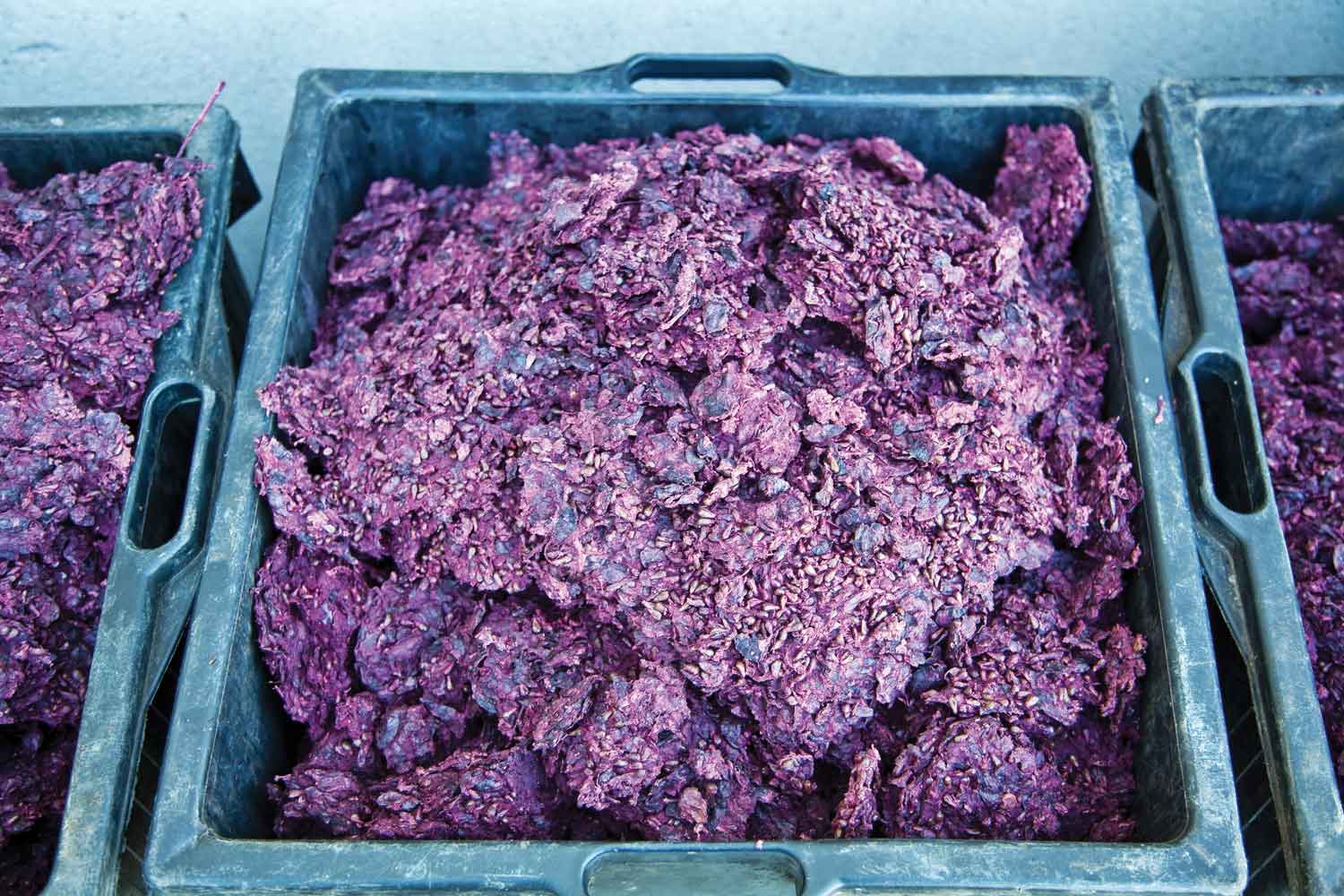 In France they call it marc. They’re known as bagaceira in Portugal, and in Italy as grappa. We’re talking about pomace brandy, but for the purpose of simplicity, we’re going to use the term we feel is most prevalent in Australia, grappa.

Grappa has a somewhat infamous reputation as a little understood firewater from Italy, some of which is deserved — there are indeed some grappas which are little more than a way to get a buzz on, pronto.

But there’s also examples of well-made and fine grappas made from distinguished wine estates in Italy, France and across the world.

What is grappa?
Grappa and other pomace brandies are made as a byproduct of the winemaking process, another example of humankind’s ability to get some good boozing out of what would otherwise be garbage.

Once the winemaker has crushed the grapes and extracted the juice to make wine, what is leftover is called pomace (otherwise known as marc in French). It’s comprised of seeds, skins, stems and whatever leftover grape juice happens to be there.

This pomace is then distilled — sometimes in the presence of lees, the dead yeast from the winemaking process.

The European Union, as it tends to do, has got strict rules on what can and can’t be labelled as grappa or marc. Referring to grappa as “grape marc spirit or grape marc”, the EU defines it as a spirit which “is produced exclusively from grape marc fermented and distilled either directly by water vapour or after water has been added,” is distilled to no higher than 86 percent alcohol, and bottled at no less than 37.5 percent alcohol, with any lees added being less than 25kg per 100kg. The lees help to give grappa its distinctive funkiness and lifted aromas.

How do you serve it?
A 1987 article in the Chicago Tribune was less than effusive about the charms of pomace brandy: “Some French versions are almost urinous in scent, while the Italian interpretations are almost ‘’oily’’ in taste,“ the wrote. So how, then, should one drink it? (Well to start with we’d disagree with the urinous comment.) Another writer in the New York Times suggests a dash of marc for your morning coffee. “This is called corrected coffee, maybe because it corrects hangovers,” they write. The traditional way of drinking grappa or marc is as a neat little digestif at the end of the meal. Visit an old school Italian restaurant in Sydney or Melbourne and you’d have a glass after dinner with your espresso.

When it comes to cocktails, there’s no hard and fast classic recipes to clutch to, so you’re going to have to chart your own course. One piece of advice, though: look to the classic pisco cocktails. If it’s an aromatic, funky marc you’ve got to hand, you might be reminded of a similarly funky pisco. Start with adapting an El Chilcano (pisco, lime, ginger ale and bitters) and go from there.

French marc
Pronounced ‘mahr’ (rhyming with car), French marc can be made anywhere but the few bottles you’ll see of the stuff tend to come from winemaking regions like Burgundy, Alsace, Champage, the Rhone and Provence.

Marc de Bourgogne is an official appellation of origin and covers spirits made from the same grapes as permitted in Burgundy, which generally tends to be chardonnay, aligote, pinot noir, and gamay. For marc de bourgogne, the skins and pips must be completely dry bfeore distilling.

Marc d’Alsace is where you’ll find spirits that are distilled only from the pomace of the gewurztraminer grape and from specified areas within the AOC. It must be bottled at no lower than 45% ABV, and must mature for at least three months.

Marc de Champagne comes from the same areas as does champagne, and thus uses the same grapes: pinot meunier, chardonnay, and pinot noir. Marc d’Arbois must be made from the Jura’s traditional grape varieties: savagnin, poulsard, chardonnay, pinot noir, and trousseau (a grape which, by the way, also goes by the much better name of bastardo).

Italian grappa
According to The Oxford Companion to Wine, there are two broad kinds of Italian grappa: the mass-produced kind, and then those that are attributed to smaller producers and use age old techniques.

Often these will be the product of one grape varietal, known in Italian as monovitigno grappa.

“The best come from Friuli, Trentino, and Piedmont where the climate is relatively cool and the grapes, and therefore the lees, retain the acidity that is vital for the production of any serious brandy,” they write.

Grappa in Italy is getting more sophisticated, though, as producers look to the cocktail movement as a means of moving more bottles.

Australian grappa
For a country that produces a lot of wine, there isn’t much of a pomace brandy culture in Australia which seems, well, somewhat wasteful.

But, as with all things to do with booze in Australia, you can probably blame the government and their penchant for taxing spirits. Though we’ve had a history of producing grapes for brandy and wine, pomace brandy just isn’t something you’ll have seen a lot of at your local big box booze store (we suspect the winemakers are keeping the good stuff for themselves).

The good news though? That is changing, thanks to this ongoing craft spirits boom, with producers like Bass & Flinders Distillery on the Mornington Peninsula having a go.

Five grappas to grapple with

Bepi Tosolini Grappa Di Moscato
Made by distilling the pomace of moscato grapes from the Friuli region, this is a fresh, intense grappa with a perfumed, floral aroma, with hints of mint and honeysuckle and a dry, length finish.
Enoteca Sileno

Candolini Grappa Bianca
Made using selected top quality distillates, Grappa Candolini Bianca has a delicate aroma and a clean palate and a long finish — it’s also versatile enough for a wide variety of mixing (we susepct it goes well in an espresso, too)..
Think Spirits

Jacques Tissot Marc d’Arbois
Jacques Tissot is a producer in the Jura whom makes marc but also macvin — the Jura’s answer to mistelle — as well as making wine. Expect aromas of dried fig and prune, a dry and spice-driven palate with fig on the long finish.
Cerbaco

Villa De Varda Grappa Brunello di Montalcino Riserva Gran Cru Castello Romitorio
Using Sangiovese grape pomace — and a lot of text on the label thanks to its name — this grappa is aged for a at least 60 months in ex-Brunello di Montalcino barriques, and features characters of vanilla, coffee, macaroon, cocoa, and fresh pastries.
Navigli Wines