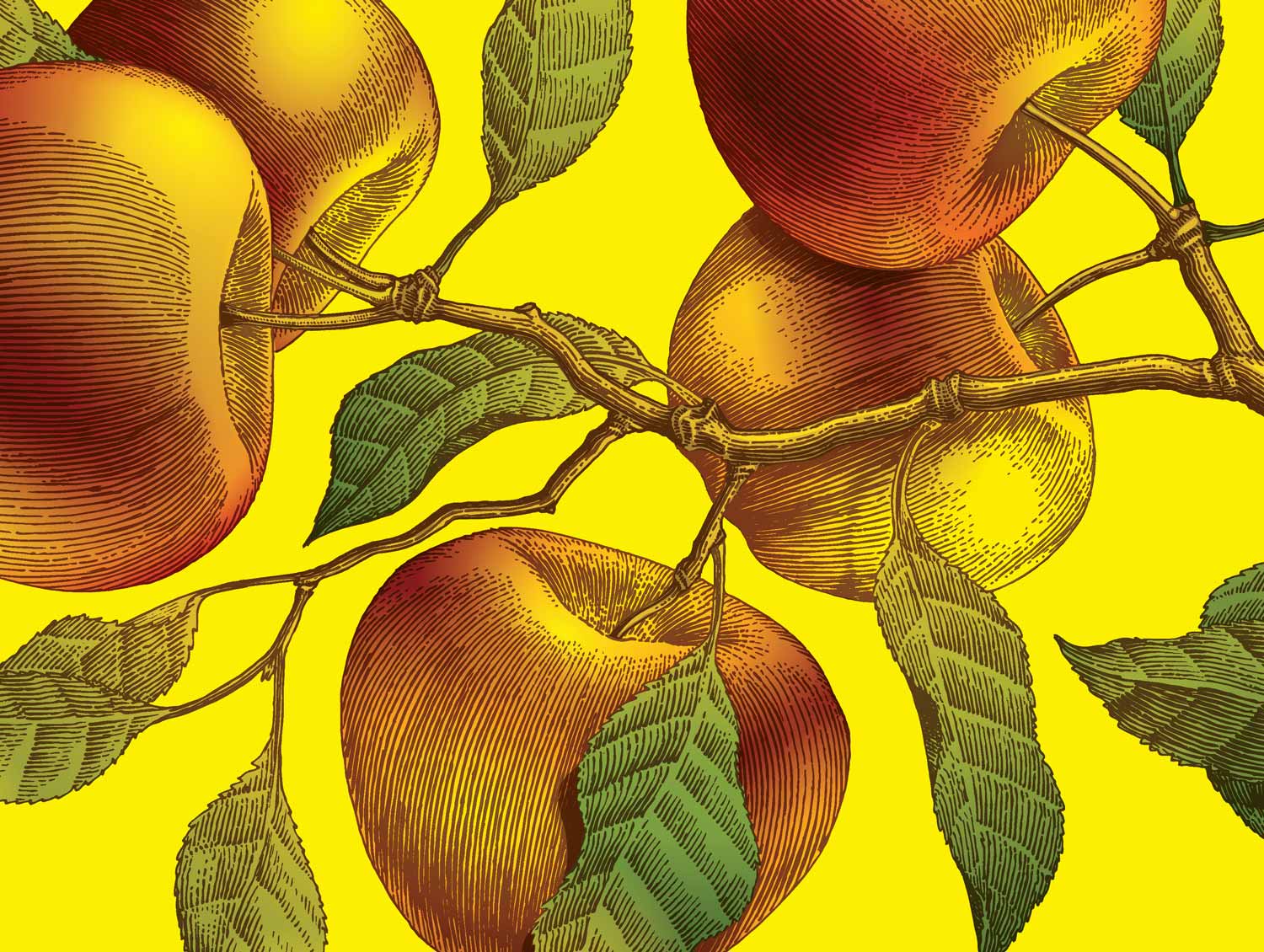 Cider seems to get bigger each year, and there’s more cider brands available for your bar than ever before. But how much do you really know about cider, and the apples from which they come?

There are literally thousands of apple varieties out there, but there’s a much smaller number generally used for traditional cidermaking. Most apples that we eat come from the species Malus x domestica, which was first grown in Kazakhstan. The humble apple made its way to the Middle East and was in Greece in time for the Romans to cotton on to it and spread it throughout Europe. There is a suggestion that the Celts were making cider before the Romans arrived in England (using the sour, indigenous crabapple) by extracting what little juice it had and adding water and honey. Hey presto – you’ve got proto-cider.

How is cider made?
Normandy and Brittany, in northern France, became well known for its cider; English counties would cotton on to varieties after they had been established and tested in Normandy.

The traditional way of making cider begins in autumn, once the apples are ripe. They are left to mellow for up to a month after picking (apples actually keep quite well if covered), then milled into small pieces, wrapped in cloth and then pressed into juice. Fermentation begins quickly afterwards, as the wild yeasts on apple skins break down the sugars in the juice, producing carbon dioxide and alcohol.

Bigger commercial cider makers will use specific cultivated yeasts to ensure consistency, as reliance on wild yeasts can end with unpredictable (and sometimes unpleasant) results. Think of this the same way you would between mainstream wines and natural wines.

In Australia, the majority of cider apples begin flowering in late October to mid-November. Some varieties ripen as early as late February, others in March and early April. In the northern hemisphere the juice would be left to ferment from the autumn through the winter for a long slow fermentation (thanks to the cold weather). The cider would then be aged in cask from anywhere between a month to a year. Thomas Andrew Knight, from Herefordshire (an English county famous for cider) wrote the first book on cidermaking in 1797 and advised, “cider is generally in the best state to be put into bottle at two years old, where it will become brisk and vibrant.”   These days the wait generally isn’t that long.

In modern times, however, cider can be made all year round. Bigger producers will put their apples into cold storage so that they can juice them as needed to produce cider all year round. Some companies use a juice extract that is added to water, much like Rekorderlig, which uses pristine springwater that runs below the family’s brewery. Generally cider is carbonated but traditionally it would often have been served flat (like real ale). Cider can also be distilled into apple brandy, indeed, French producers like Le Pere Jules also make Calvados. And in Brittany and Normandy, they take two-thirds of unfermented cider and add it to one-third apple brandy to make pommeau. 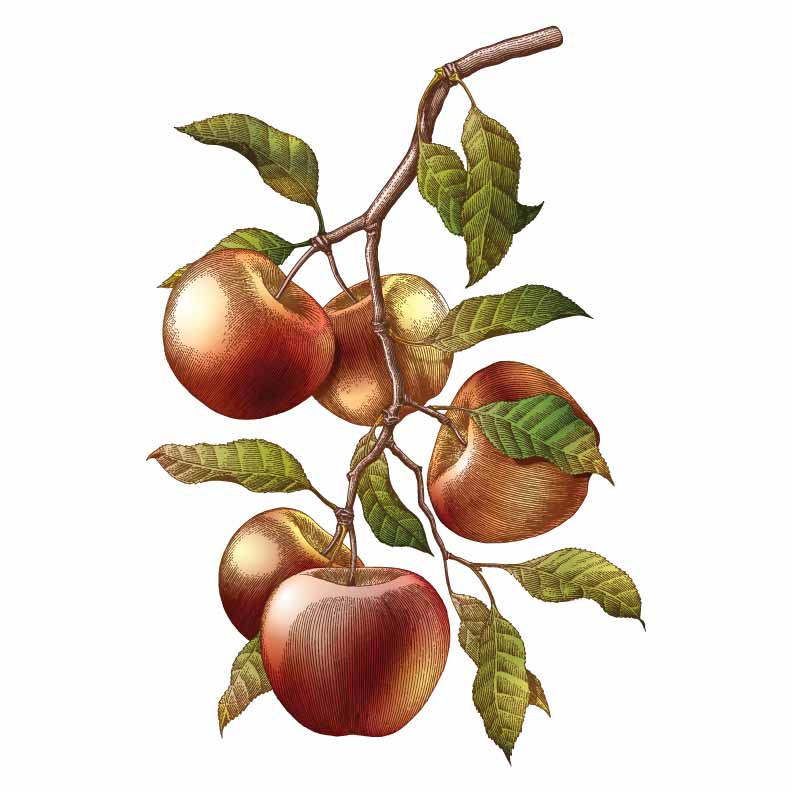 Cider: an old countryside art
There isn’t much difference between the traditional ways of making cider and quality winemaking – in fact there was a reasonably scientific approach adopted by Thomas Andrew Knight in his Treatise on the Culture of the Apple and Pear, from 1797. He described what was desirable in a cider-apple (as opposed to eating-apples), how to space the rows of apple trees, told readers to take care of the aspect of their trees, and outlined the cidermaking art – a good degree of which is in the blending of different apples. He wrote, “it is much more easy to find the requisite quantities of richness, astringency, and flavor, in three varieties of fruit, than in one.”

Knight also suggested that countryside farmers were more practical than precious about their cider. “The flavour of the liquor here is the secondary consideration with the farmer,” he wrote, “whose first object must be to obtain a large quantity at a small expence [sic].” They “like it best when it possesses much strength with moderate richness,” but “they will drink it, and to a most extraordinary excess, when it is really acetous,” (or in other words, on its way to becoming vinegar). Looking at the effects of cider on these farmers, Knight also thought drinking cider gave good health. “And indeed if we may judge from the wonderful quantities they drink without apparent injury,” he wrote, “we may venture to pronounce it at least as wholesome, as any amongst the various kinds of malt liquors.”

Bittersweet, sure, but bittersharp?
There are thousands of apple varieties under the genus Malus, which can be placed into four broad categories: dessert, or eating apples; cooking apples; dual-purpose apples; and cider apples.

Cider apples, in turn, can be put in four categories:

• Bittersweets, which are low in acid but high in astringency (tannin).

• Sweets, which are both low in acid and low in tannin.

• Sharps, which are high acid and low in tannin.

• Bittersharps, which are both high in acid and high in tannin.

To make things more complicated, the acid and tannin levels in the apples will vary depending on the climate and soil in which they’re grown – not dissimilar to wine grapes.

You probably don’t want to eat that cider apple
Cider apples differ from eating apples in their structure and taste. “The firmness of the pulp, which is essential in the eating apple,” wrote Knight, “is useless in the cider fruit, in the best kinds of which it is often tough, dry and fibrous. Some degree of astringency also, which is injurious to the eating fruit, is always advantageous to the other.” Indeed it is astringency and acid – which makes them almost inedible – that allows the cider to store and age well, just like wine.

0
Australian Bartender February 1, 2019
No Comments Yet

The bittersweet stuff: all about amari

With world tequila day on tomorrow, here’s a tequila primer to refresh your knowledge