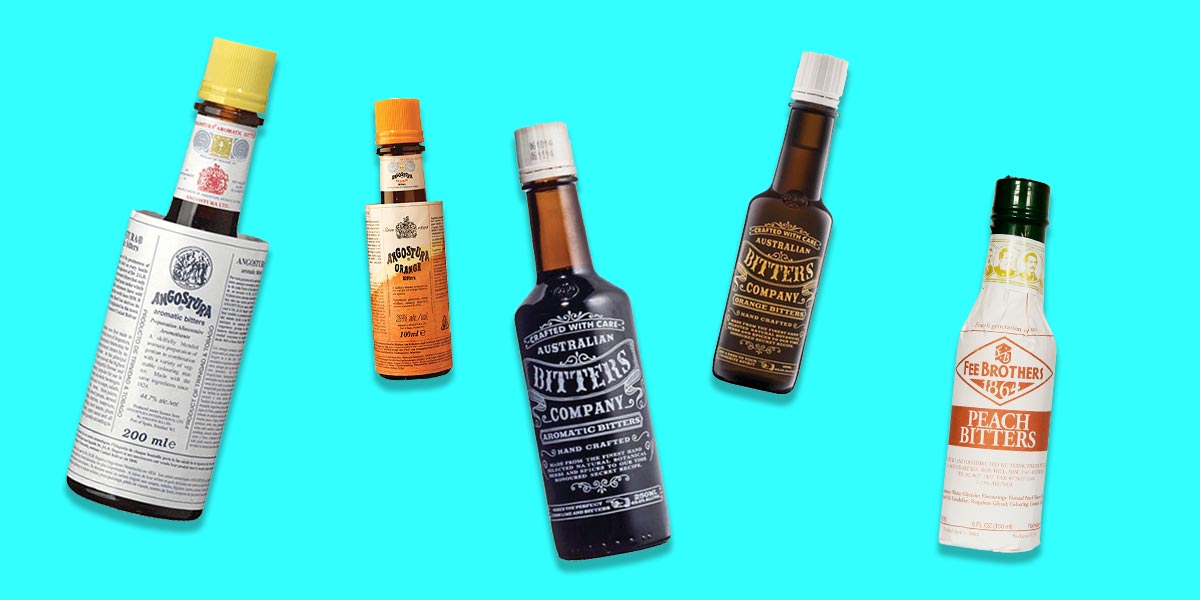 History
Long before you thought you’d turned the bartending world on its head and added a healthy 20ml of aromatic bitters to your latest groundbreaking cocktail, people have been swallowing down bitter, herbal, and boozy concoctions as a means of curing what ails ‘em.

One of the earliest references for vermouth, in fact, goes all the way back to Hippocrates (the ancient Greek known as the father of western medicine) who died in 370 AD. He’d prescribed wine with wormwood ass a cure for jaundice, rheumatism and menstrual pain, among other things.

But the cocktail bitters we know today really got their start in the 1600s. Fast-forward to  17th century Britain, and a man who was labelled the “English Hippocrates”, Thomas Sydenham. He created a cure for gout — known back then as a rich man’s disease — that isn’t much different from what bitters would become, including “distilled alcohol infused with watercress, horseradish, wormwood, and angelica root,” according to The Lancet. Because of its popularity other brands began to emerge, like the one created by the Reverend Richard Stoughton in 1712, which went on to tremendous success in the US and became one of the first bitters to be employed in cocktails. Come the time of the US civil war in the 1860s, the number of bitters and other patent medicines commercially available had grown exponentially.

These concoctions got to be so popular in part because of the advertising — they would fill the pages of the newspapers of the day, and as such publishers were less than keen to be too critical of their valuable revenue stream. The message patent medicine sellers would push was often one of preventative medicine: they preyed upon the fears of otherwise healthy people, suggesting that the seeds of disease lay within a healthy body and would come out, if not for one of their medicines.

However, lack of regulation saw unscrupulous traders imitating popular brands and adding inferior or downright dangerous ingredients to their potion. This often caused severe illness in those unlucky souls who downed them – and actual death if you bought a really bad batch.

The U.S. Pure Food and Drug Act of 1906 sought an end to such a diabolical practice, but it also signalled the beginning of the end not just for these ill-made ‘medicines’, but for many of the responsible bitters brands too. What the Act did not kill off, Prohibition would finish and many fabled brands disappeared from the local counter shelf. Interestingly, Angostura and Peychaud’s would see out the ‘noble experiment’ of Prohibition and they are still kicking around today.

What are cocktail bitters?
What are we talking about when we talk about cocktail bitters? These are like flavour enhancers for bartenders. Usually far too bitter to take on their own, their job is to bring flavours together. When used in a drink, they tend not to make the drink bitter. Instead they draw flavour over the palate (bitterness being perceived mostly at the back of the tongue) aiding in creating balance.

According to Brad Thomas Parsons’ Bitters: A Spirited History of a Classic Cure, bitters are, “an aromatic flavouring agent made from infusing roots, barks, fruit peels, seeds, spices, herbs, flowers, and botanicals in high proof alcohol.”

What inside my bitters?
Bitters, both aromatic and potable, often have a huge cast of ingredients. There are three parts to aromatic bitters: the bittering agent, the flavouring agent, and the solution (the high-proof alcohol or glycerol used to strip flavours from the roots and herbs). Here’s a few to remember… 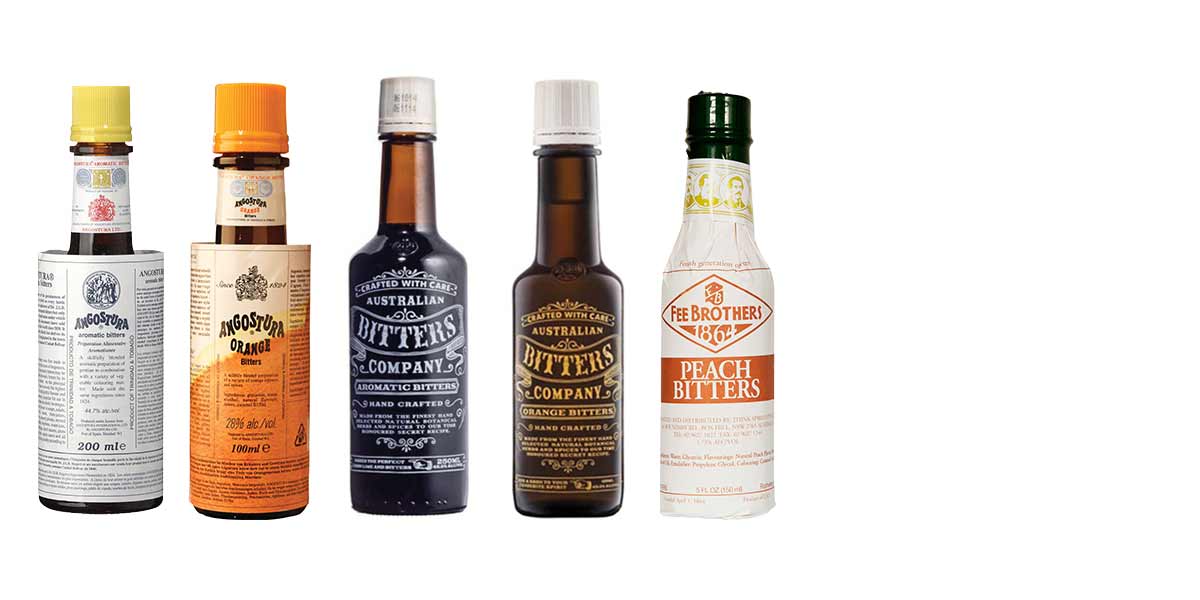 Five bitters for fixin’ your mixin’

Angostura aromatic bitters
One of the most commonly found bitters — and with good reason. Angostura is found in just about every bar the world over and has a long history. It’s been served in bars-cum-apothecaries during Prohibition in the States, and is, in our opinion, just as good as stomach-settling shot (that’s what they were originally created to aid) as it is as an ingredient to bind together flavours.
Proximo Australia

Australian Bitters Company Aromatic Bitters
The key herbs in this old school-style aromatic bitters are gentian (of course), chicory, clove, cinnamon and allspice, but there’s over 20 herbs and spices that go into the mix here, all of which are organic, and macerated in a neutral alcohol base. There’s aromas of baking spices, and a clean lingering finish.
CCA

Australian Bitters Company Orange Bitters
The key botanicals in this bottling — ideal in your Margaritas and Martinis — are Valencia orange peel, cinnamon, caraway and gentian, and there’s aromas of orange blossom and citrus on the nose and tangerine-kumquat acidity on the palate.
CCA

Fee Brothers Peach Bitters
One of the most popular bitters in the Fee Brothers range, we often see a bottle of their Peach Bitters sitting on the back bar. For good reason, too, a drop or two onto a stirred down drink brings a little stone fruit aromatics to your mix.
Think Spirits

Coming to Sydney Bar Week for the first time in 2019, the Bitters, Books & Bostons Market is where all our guests can try and buy a huge range of cocktail bitters, books, and bar equipment, as well as a big range of bar swag and merch from the country’s best bars, all under one roof.

If you’re a book author, bitters maker, or you’ve just got some ace bar swag to sell, get in touch with David Spanton at david@spantonmedia.com to get involved.

Aromatic bitters: Jono Carr weighs in on this crucial tool in the bartending arsenal

Tonic! Bitters & vermouth to fix what ails you

Onlybitters is all you need