Gin is in high demand these days (like you hadn’t noticed, right?) In Anglophone countries like Australia and the US, gin had some dark days in the latter part of last century, falling out of favour with a generation that didn’t wish to drink the drinks of their parents.

But today is different. The people want gin, and they’re choosing to drink gins from further afield than foggy old England.

But England its the home of gin, right? That’s true to a degree; an English spirit by birth, the junipery stuff has had a long history outside the sceptred isle.

Indeed, the Philippines drinks millions of litres of gin a year, and it’s thanks to Spain that the Gin Tonica got going, propping up the exports of the big English gins for years during the decline of consumption in the English-speaking world. Gin truly has a long history outside its state of origin.

Heck, even Sardinia is getting in on the act, making the gins we have presented here.

Perhaps it is tied into the craft spirits boom: more broadly: gin is, compared with other spirits, somewhat simpler to make — though still exceedingly difficult to master, we’d wager.

Many distilleries buy in high-proof neutral spirit, select their botanicals, and get on their merry way. A still run or three later, and they’re filling bottles and packing cases and dreaming of spirits competition gold medals.

(Yes, there’s a bit more to it but we’re simplifying for brevity).

At the Australian Distilled Spirits Awards, there were some 168 entries into the gin category this year. That’s huge.

So with a market swimming in gin, how does one go about finding the stuff that’s really good — the stuff that has a reason for being?

Look for gins that speak to a place, that have a sense of where they’re from; gins like the ones we have below from Silvio Carta in Sardinia, Italy. They handpick the wild juniper from the shores of their home island; they use ingredients like elicriso, native to the area, to give a scent to their gins that is wholly their own.

And they make for some delicious drinking classic cocktails, too, as shown here by The Barber Shop’s Cristiano Beretta. 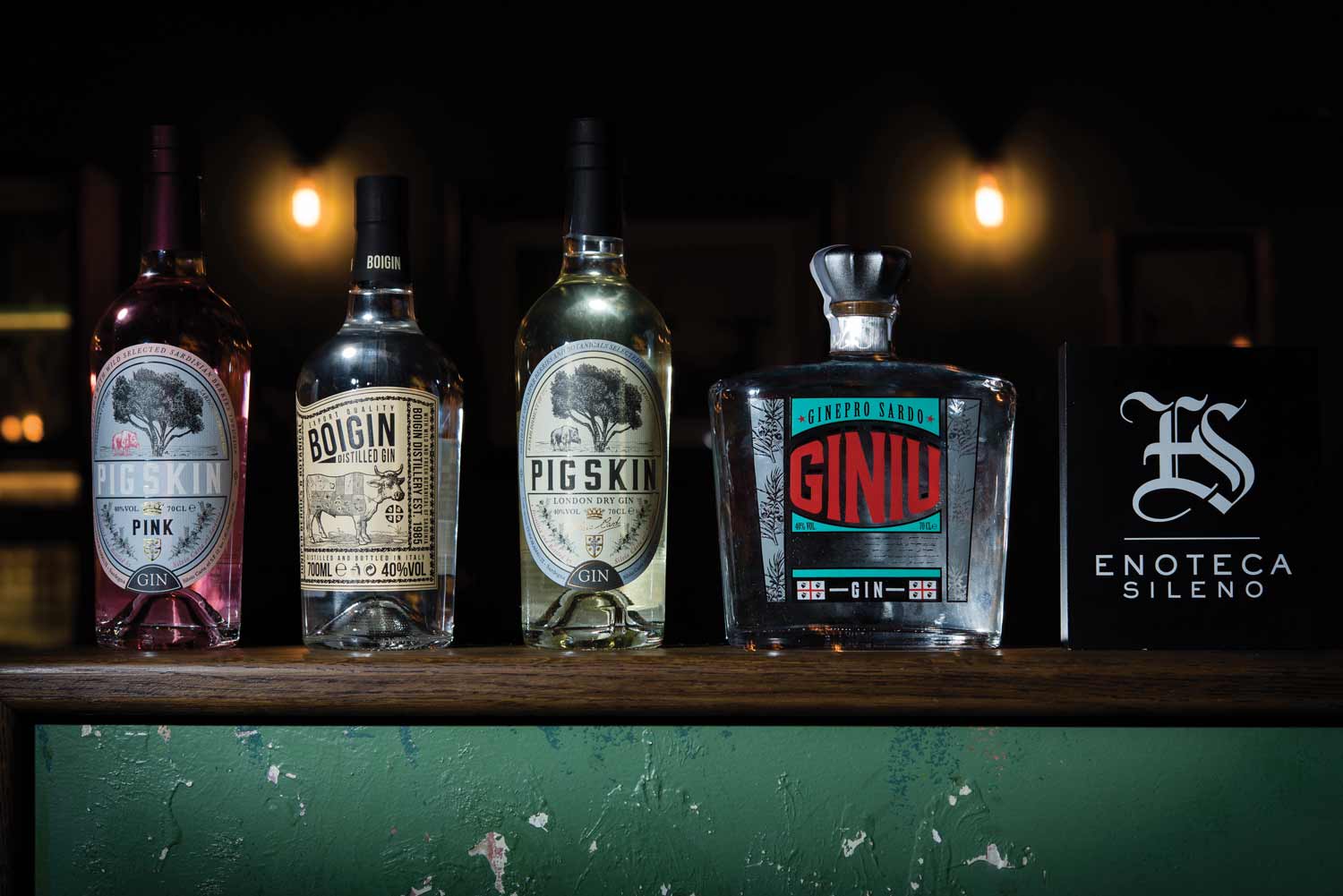 Tasting Notes
Pigskin Pink Gin
On the nose, notes of saline with aromas of Mediterranean scrub, with a prevalence of artemisia. It is soft, round and warm on the palate with balsamic notes and hints of berry fruit thanks to the natural infusion of myrtle berries and selected wild Sardinian berries.  Enoteca Sileno

Boigin
On the nose, aromas of juniper and fresh citrus peel, blossoms, and Mediterranean herbs lead to a citrusy and slightly floral on the mid-palate, with a dry and zesty finish. Enoteca Sileno

Pigskin London Dry Gin
Aged for 12 months in Sardinian chestnut barrels in which Vernaccia was aged before, there’s aromatic herbs and spicy notes of nutmeg and toasted vanilla on the nose; it’s soft, round and warm on the palate, with gentle spice and a lingering toasted note on the finish. Enoteca Sileno

Giniu
A 100% juniper gin from Sardinia, made from fresh, wild juniper berries hand-gathered from the Sardinian coastline. Giniu has a distinct and multidimensional juniper fragrance. Its smoothness and finesse make it the purest expression of gin, but also an expression of the essence of Sardinia. Enoteca Sileno

0
Australian Bartender June 8, 2019
No Comments Yet