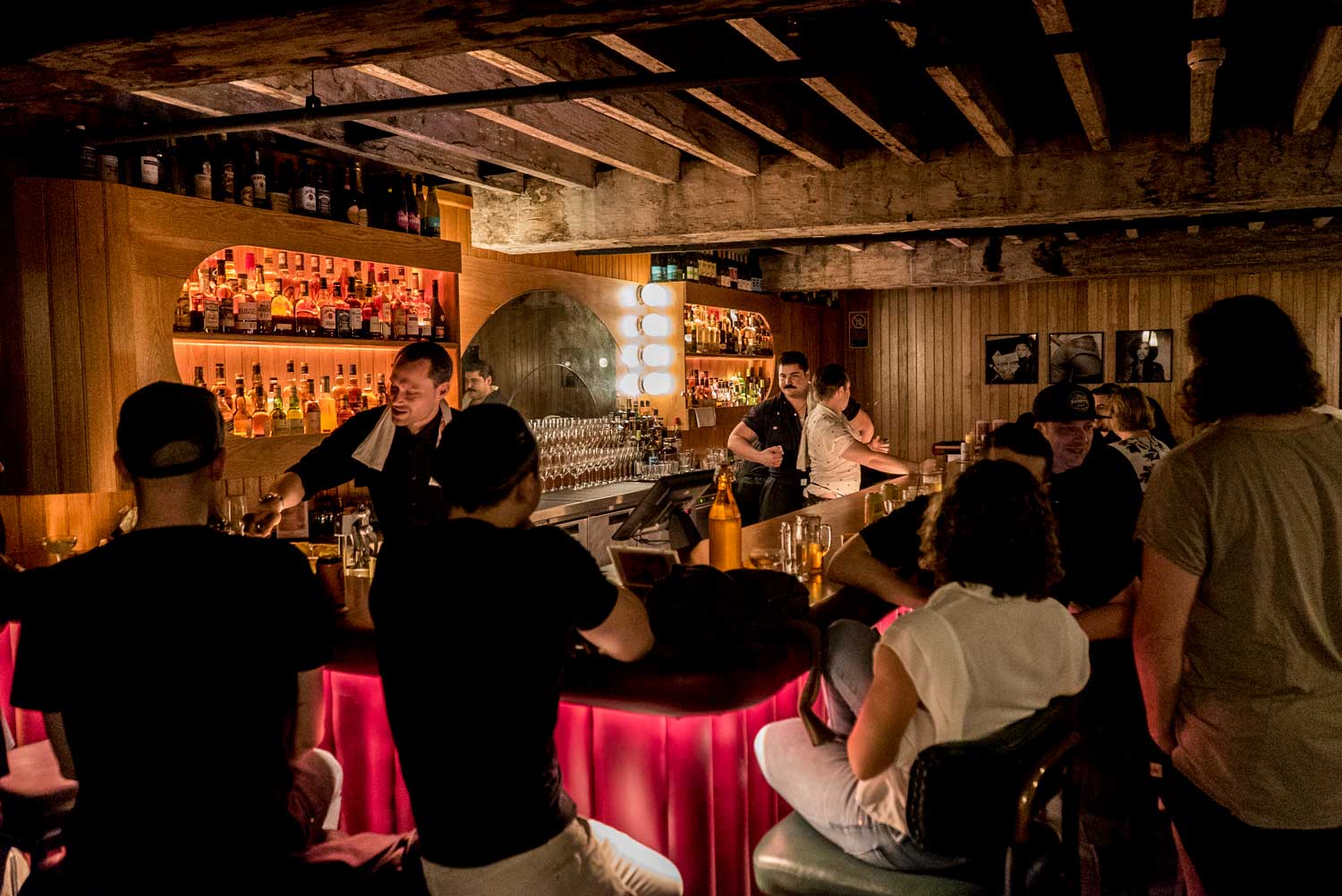 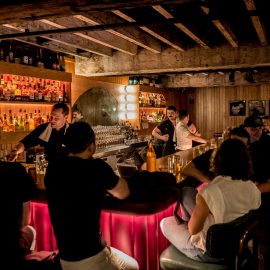 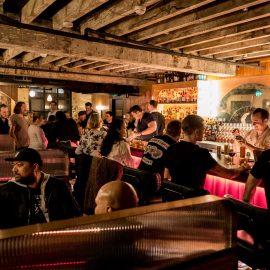 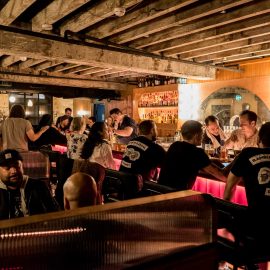 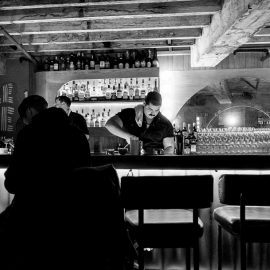 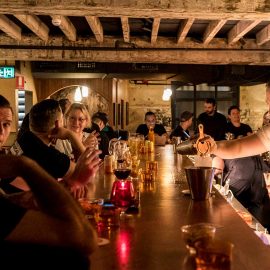 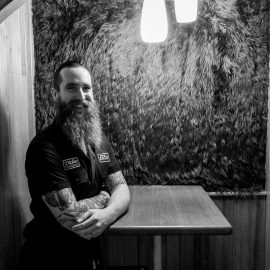 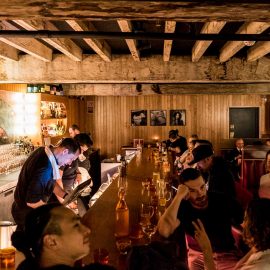 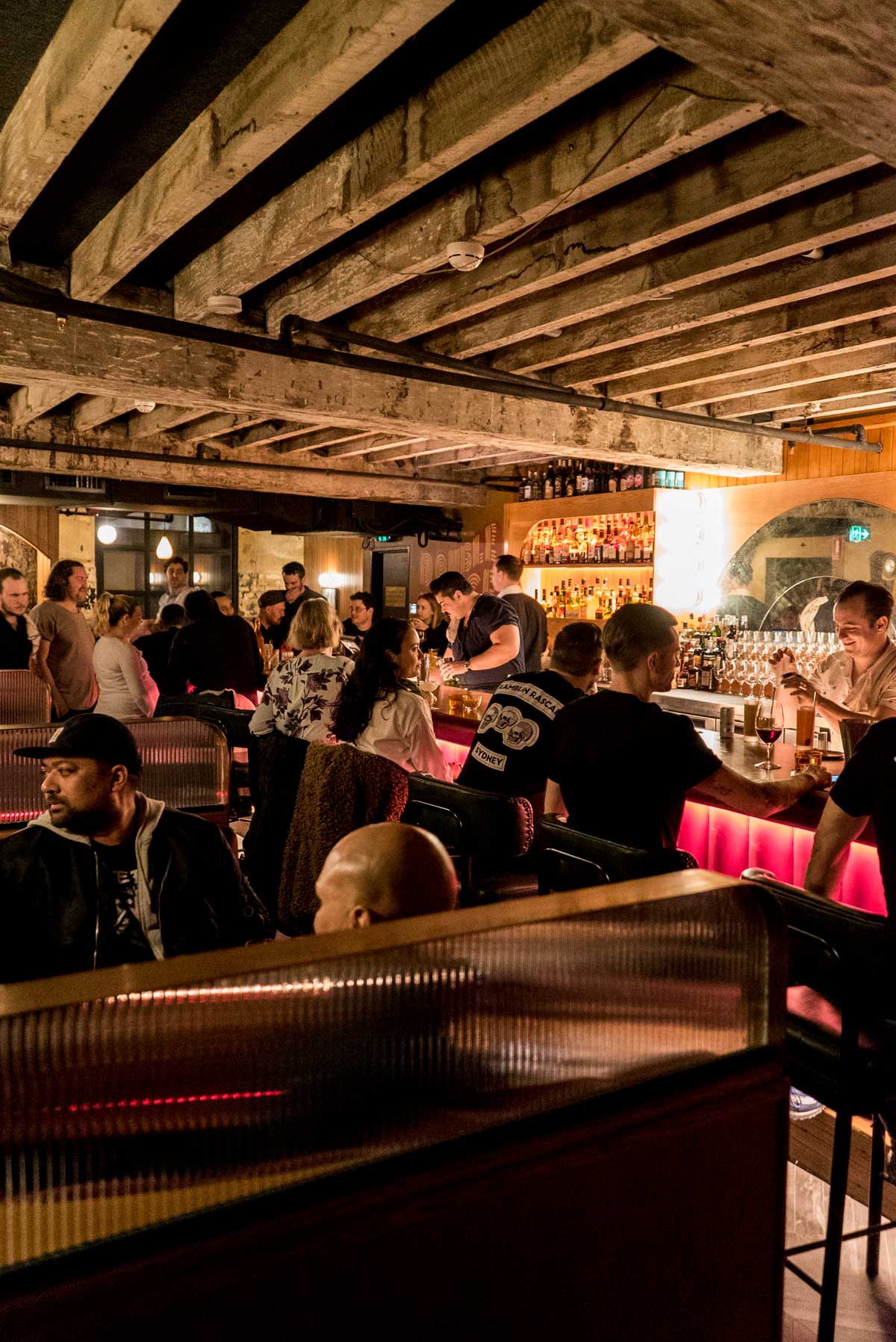 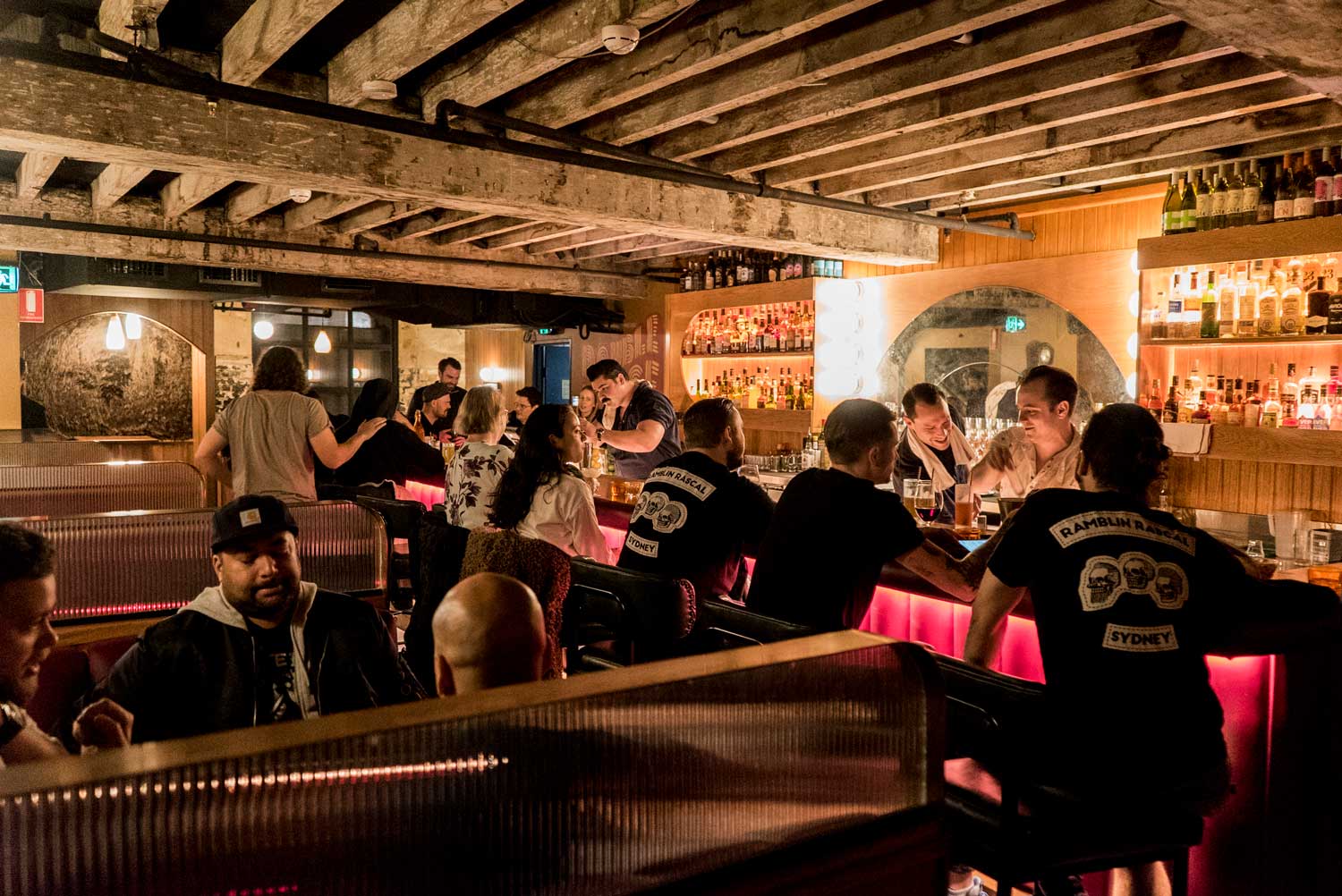 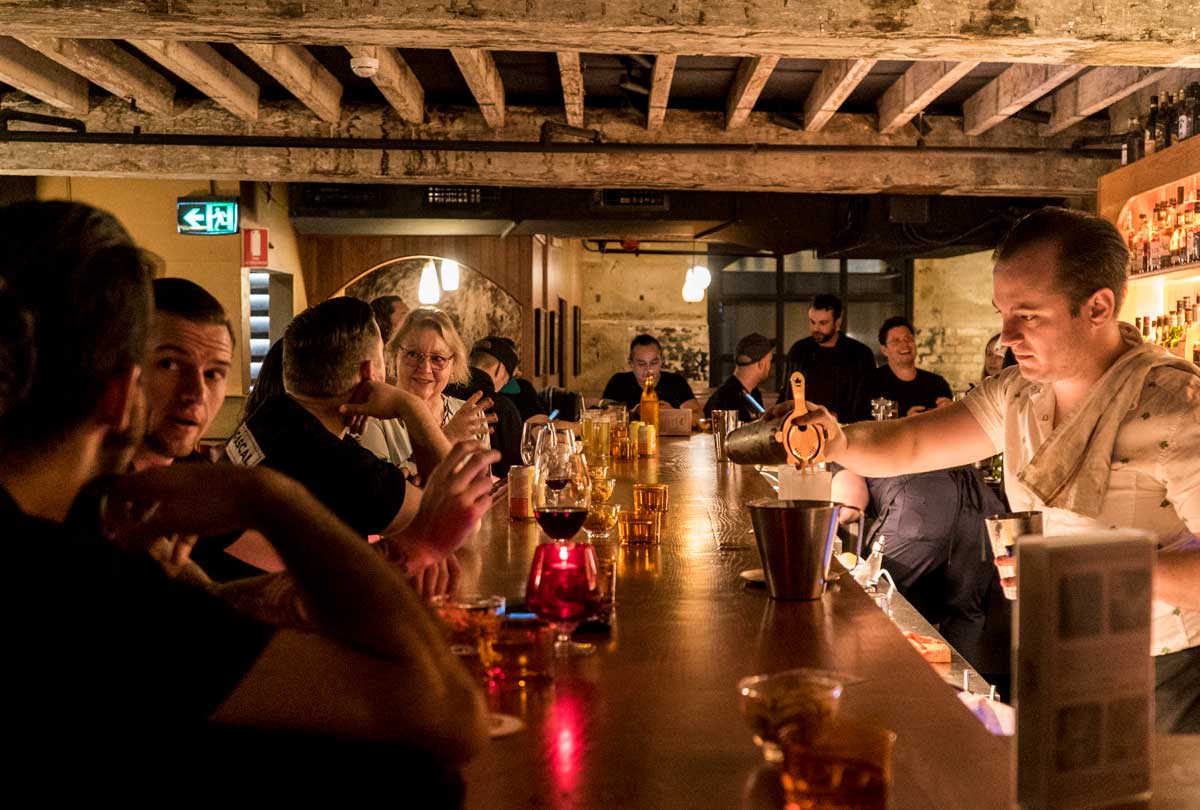 The cocktails offer a nod towards the disco drinks of the 70s and 80s without going all the way there. Photo: Sam Bygrave 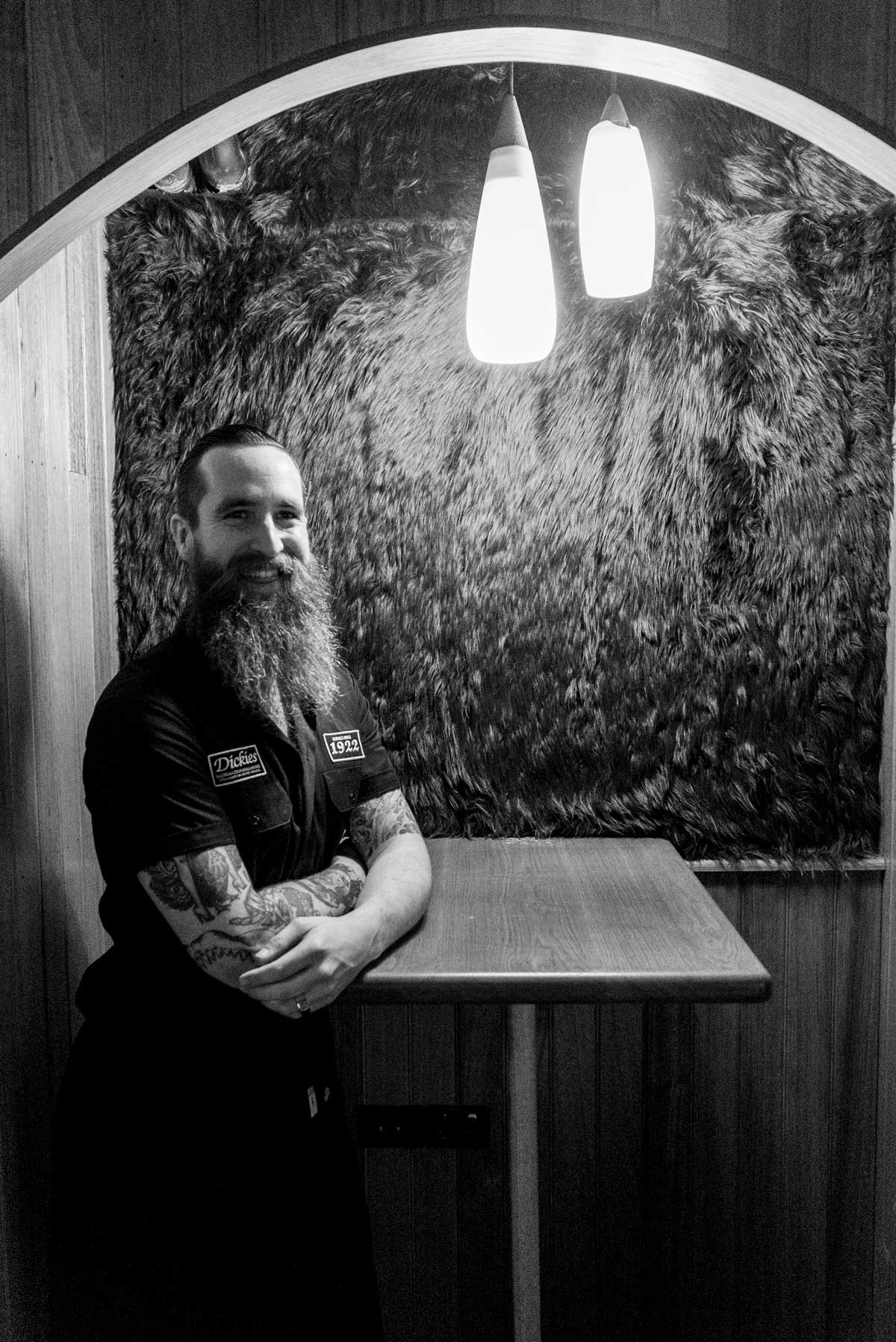 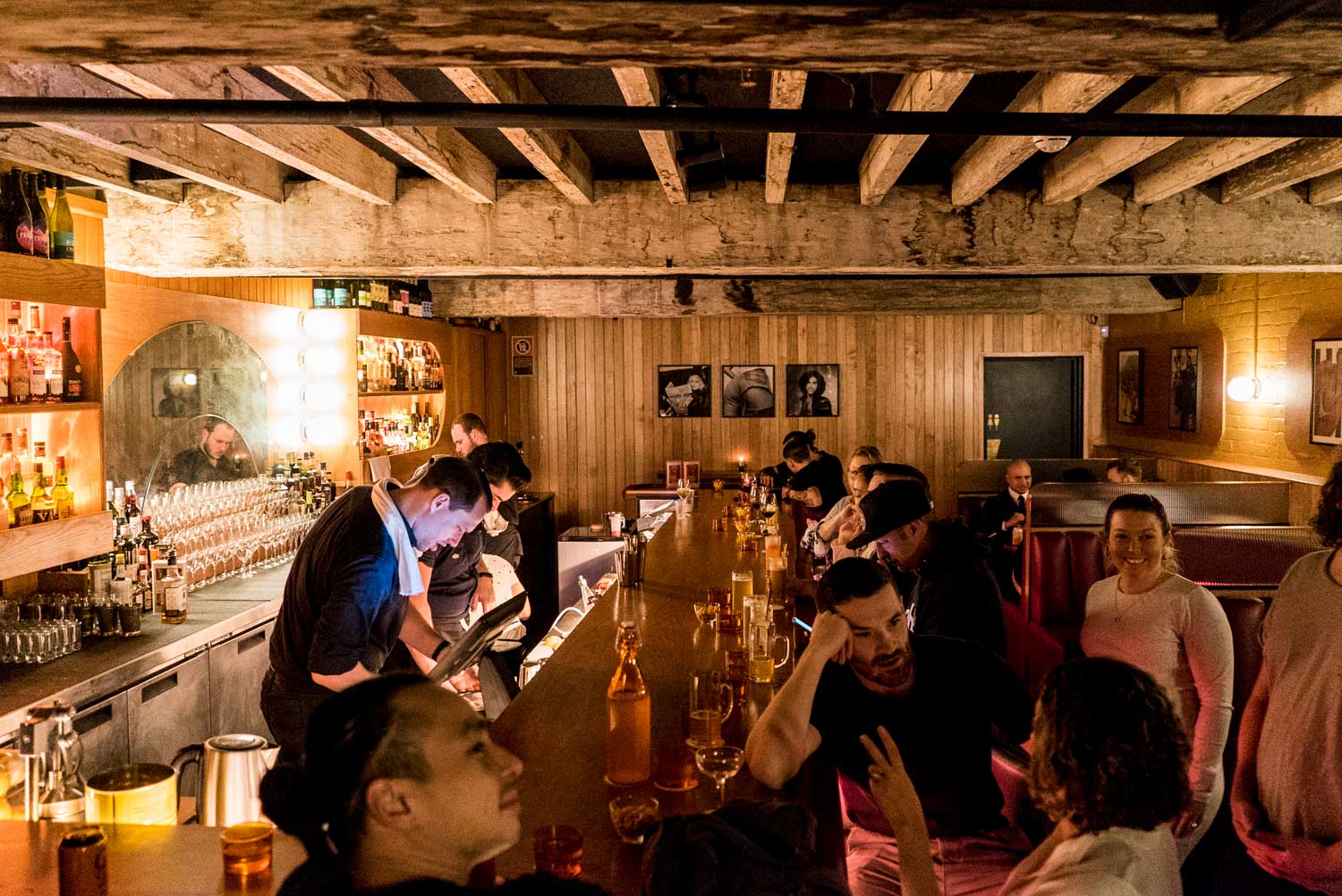 Back in January, we broke the news that the Double Deuce Lounge would be the second bar from the award-winning team behind Sydney’s Ramblin’ Rascal Tavern.

And after a few delays in the permit process, the doors will open to the public this Friday.

“We’re starting very pared back, let the venue speak for itself and over time we can lean into it a bit more if we want,” he says.

They’re also bringing a touch of the irreverence that has become a trademark of Ramblin’ Rascal Tavern over to the new bar (the cocktail menu, you see, is inside a video cassette case), and applying it to the drinks.

Like their take on the Whiskey Apple. Given the ownership trio of Soto, Charlie Lehmann, and Dardan Shervashidze all met working for Swillhouse, whose venues Shady Pines Saloon and The Baxter Inn made the Whiskey & Apple a thing, their homage to the drink is a little fancier: Maker’s Mark, calvados, rooibos syrup, vanilla, acid and clarified pink lady apple is served carbonated over clear ice in a tall glass, and it’s a banger.

The wines here are all natural wines, and have been put together by their mates at P&V Wine & Liquor. In the fridge, there’s 10 craft beers on offer, all of which are from Australia or New Zealand and packaged in cans. “It’s environmentally friendly and better for the beer,” says Churcher. “When you think about it, a keg is just a really big fucking can.”