Agave spirits have never before been so in demand. Right around the country you can find bars that do more than just sling out the tequila shots and sauce the tacos — these days there’s real depth to the selections on hand and knowledgeable staff to guide you in the right direction.

Well, that’s how it goes at the 10 best tequila bars in Australia.

Ahead of the announcement of the finalists for the 19th Annual Bartender Magazine Australian Bar Awards in the July issue — which lands in bars next week — we thought we’d reveal the finalists for a few awards this week.

We’ve already announced the 10 best rum bars and the top 10 whisky bars, so today it’s time to see who is in the running for the Tequila Bar of the Year.

TEQUILA BAR OF THE YEAR
Proudly sponsored by Jose Cuervo 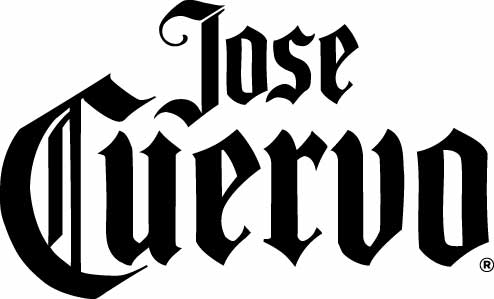 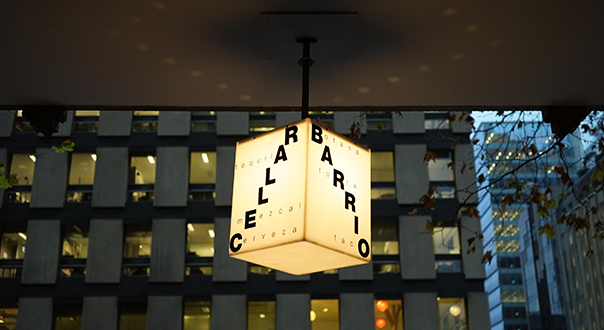 This Sydney tequila bar opened in the financial centre of the CBD back in 2015, and they’ve been bring agave good times ever since. The bar is, as the name suggests, located in the basement off Elizabeth Street on Martin Place, and they’re doing a handy trade in all things tequila.

Featuring an extensive list of tequilas on the menu, they’re also handy when it comes to agave cocktails — all the classics are on offer and made well, along with a host of tequila creations of their own making.

Mezcal and tacos is what this place is all about. Having opened in 2016, Bodega Underground is located in the basement of the Crossley Hotel in the Melbourne CBD. If you’re new to mezcal, you can take your initiation into fandom with one of their mezcal flights; alternatively, if something a little longer is your thing, they’re making some great cocktails — we’d find it hard to pass up the Turbo Paloma (which features some fine tequila bottled at 55% ABV).

You first see it from the street. It’s tucked 30 yards down an alley way hanging off Clarence street in the Sydney CBD. Your eye is caught by the patterned glass on the front of the bar that looks like it has come direct from Oaxaca. Then you catch the colourful tones of the interior walls, you clock the crowd of people milling around, and you wonder: is that a bar down there?

There’s room for just 20 people, and it’s standing room only (the bar is sat within an old garage barely wide enough for a car), which means you’re up close and personal with the bartenders. Thankfully their number includes Alex ‘Happy’ Gilmour, who is as hospitable and knowledgeable as they get — give their Margarita OK! a go (made with plenty of shaved ice and a hint of mezcal) or one of their weekly changing cocktail specials (which so far has seen a couple of Paloma variations and a Raspberry Daiquiri make an appearance).

Oh, and the great part? They’re open from 4pm until 2am, every single day of the week.

Sydney Mexican restaurant Chula comes from an ownership duo who know what they’re talking about when it comes to the flavours of Mexico: Nicole Galloway and Peter Lew. It was on this street (and across the road) in Kings Cross that their first venue, Barrio Chino, was situated.

They also own Barrio Cellar in the Sydney CBD, which is one of the 10 best tequila bars in Australia. For this latest opening, they’ve enlisted the services of Reece Griffiths, Agave Cartel founder and one of the country’s most knowledgeable agave aficionados, and he’s put together a drink program drawing on his experiences of the people and places of Mexico.

Perth tequila bar El Grotto is a curious beast: they’ve an impressive selection of agave spirits to sample, and love geeking out on the stuff, but it’s also the place of much partying — and right on the beach. Sounds pretty much like an ideal Mexican vacation to us.

It’s a formula that has proved successful for the bar, so much so that at the 2018 Bartender Magazine Australian Bar Awards they picked up the top prize for Tequila Bar of the Year.

Hot Tamale, Darwin
Building 3, 19 Kitchener Drive, Darwin
hottamale.net.au
Darwin’s very own tequila bar, Hot Tamale, has made this list each year since 2016, and it’s down in no small part to the efforts they’ve gone to provide the Top End with some top quality tequila.

They claim — and we reckon they could very well be right — to have the largest selection of agave spirits behind a bar in Australia. They’ve also got a team of passionate bartenders (led by bar manager Anneliese Grazioli), bartenders whose first priority is to make sure you’re having a good time.

The place is a must-visit on any trip to Darwin.

How many bars can lay claim to having a mezcal sommelier on the floor each night of the week? Yeah, we haven’t heard of any other than this one, Mamasita.

This bar really does give a damn about the agave, and they’re coming up to some 10 years of service next year. They’ve got one of the smartest mezcal and tequila menus around, too, which helps to begin demystifying these often mysterious spirits.

Throw in some top cocktails, a smattering of cervezas and even the odd aqua fresca, and you’ll find much to love about Mamasita.

The drinking in Hobart has never been better, and that’s thanks to bars like this one. Pancho Villa has been bringing some agave deliciousness to Tassie for the last couple years, and doing it in style.

They’ve got a beautiful looking menu, for one, but the substance of it is what’s earned Pancho Villa a spot on this list.

The house cocktail, Pancho Villa, features an unusual mix of Hendrick’s, mezcal, elderflower and cucumber; the tequila list proper is broken into blanco, reposado, and anejo categories, and runs to 40-plus in number. They’ve got a handy selection of mezcal available, too.

A newcomer to this list, Paradise Arcade opened up in Noosa Heads back in 2017.

It’s a restaurant serving up some Cali-Meixcan fare (there’s some proper dude-food here, like the Not Cho Fries, which are basically nachos piled upon fries), but it’s the 130-plus bottlings of agave spirits that give this place its spot on the list for the first time. 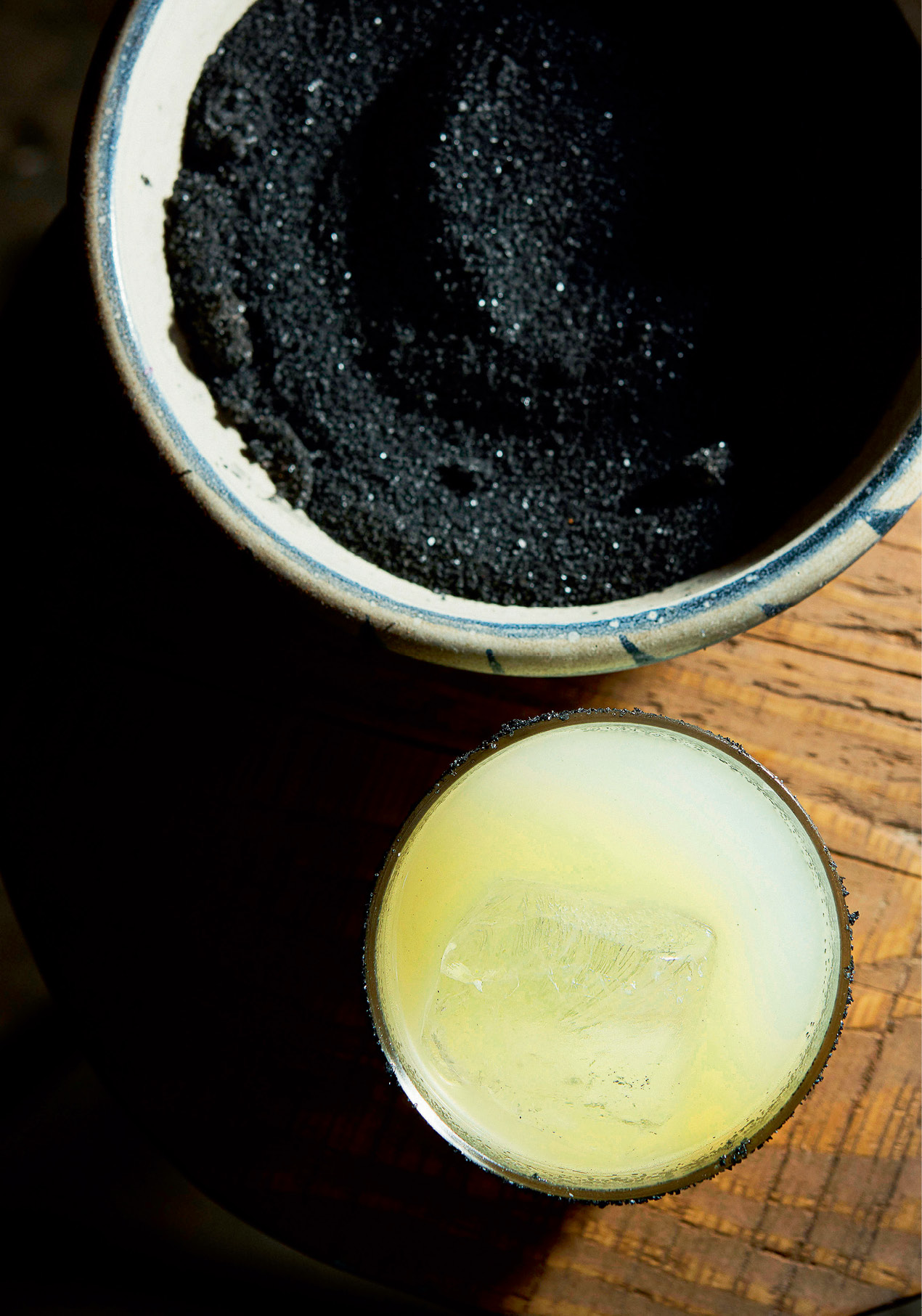 Tio’s Cerveceria is the big dog of Australian tequila bars, and with good reason. The owners here, Alex Dowd and Jeremy Blackmore, are big fans of the spirit (Cantina OK!, also on this list, is their baby too), but they know how to do knowledgeable service and a good time — Tio’s is one of the great party-starter bars, too.

They’ve also been awarded the title of Tequila Bar of the Year twice before.

They’re into their seventh year now on Forster street in Surry Hills, and they don’t look like going anywhere — is seven years too early to award ‘institution’ status?