Today it’s all about that gin. The finalists for the Gin Bar of the Year — the best gin bars in Australia — are all here.

Ahead of the announcement of the finalists for the 19th Annual Bartender Magazine Australian Bar Awards in the July issue — which lands in bars next week — we thought we’d reveal the finalists for a few awards this week.

We’ve already announced the 10 best rum bars, the top 10 whisky bars, and the best tequila bars in the country — today it’s time to see who is in the running for the Gin Bar of the Year.

The Bar Awards takes place on Tuesday the 17th of September this year, and is just one of the many great events in store for Sydney Bar Week this year, taking place from the 14th to the 18th of September — click here to visit the barweek.com.au and check out the full timetable; there’s over 35 events happening over the five days, with RSVPs for some events open now. RSVP ASAP to make sure you don’t miss out.

And if you’re one of the finalists, you can book your tickets now — just click here.

Get a look Australia’s best gin bars below.

GIN BAR OF THE YEAR
Proudly sponsored by Bombay Sapphire

This two-levelled venue in Brisbane’s West End is serious about their gin.

Named for the famous London destination, Covent Garden is championing the Spanish-style Gin Tonica (with a larger 45ml serve, “premium tonic” and garnish to match), as well as boasting a huge range of home-grown Australian and New Zealand gins.

In total, they’ve got something in the order of around 200 gins here, and a range of cocktails championing the spirit (including signature house creations and a handful of classic gin cocktails).

2019 is the first appearance for Covent Garden on this list, having opened at the tail-end of 2017.

Frisk is like your friendly, everyday neighbourhood small bar, where the welcome is warm and the setting is casual. It’s just that they also happen to stock a great range of gin and make banging cocktails — and make their fourth appearance on the finalists list for Gin Bar of the Year.

They were also an honourable mention in this story, on the world’s best gin bars.

Gin Lane opened in 2017, and the Sydney bar makes its second appearance among the finalists for Gin Bar of the Year this year.

They’ve got a 75-strong gin selection, which is presented on the menu by regions, and a strong emphasis on cocktails that have a dash of theatricality added to them — courtesy of the Grant Collins-designed menu (you may recognise his Gunpowder Plot drink on the list). They also feature a few custom Gin & Tonic preparations to dive into.

It’s the OG bar — if that’s original gin bar we mean. There’s no other bar that has done more for the popularisation of gin for as long as this Melbourne institution has. Gin Palace opened in the late 1990’s when gin was decidedly not cool — it was the stuff that old ladies drank, and we were a long way from having the range of gin bottlings we do today. Fast-forward to today, and Gin Palace is still a destination for gin enthusiasts and novices alike.

Put simply, this list is not complete without this icon of the Australian bar industry; 2019 is their fourth straight appearance on the Gin Bar of the Year finalists list.

Hains & Co has been fighting the good, junipery fight since they opened back in 2015. They’ve got a dual focus on two spirits with nautical heritage: rum, and gin, and they’ve becomes a regular fixture on both the Rum Bar of the Year and the Gin Bar of the Year finalists list. That’s down to their selection of spirits, the buzzy atmosphere, the passionate staff — we also love the outdoor bar counter.

Redfern’s got a lot of good drinking going for it these days, and it’s places like Moya’s Juniper Lounge which are making the suburb a destination for drinkers.

Moya’s has a great selection of gin — and this year marks the third appearance of the bar on the list. And there’s often live music going down in the kind of room you’re going to want to kick back in for hours at a time — like your lounge room, but with better booze, and legends belting out the blues on a great big bloody piano.

Society Salamanca, Hobart
Society Salamanca is another bar with a focus on two spirits; in this case, it’s whisky and of course, gin, and it’s gin that sees them getting a third nod in the row in this category.

They’re making their own tonic water in-house (using cold extracted citrus, spice and cinchona bark) that they make on the drier side, and have some 30-odd bottlings of gin from Tasmania, broken down into regions, complemented by a solid list of gins from the mainland and the wider world. Sydney gin bar, The Barber Shop, took out the title of Gin Bar of the Year last year at the Bar Awards — and the year before (and the year before that) — and given the extensive range of gins on offer it’s no surprise to see them here on the list again.

At The Barber Shop, not only do you have access to a huge library of gins (as well as some obscure and hard to find vintage bottlings), you can expect top quality cocktails to come at you over the bar.

The Barber Shop also made the cut for the story on the world’s best gin bars — check that out here — and made the top 10 at Tales of the Cocktail’s Spirited Awards in 2018 for best international high volume cocktail bar.

They’re the three-time champion of the Gin Bar of the Year category, and this marks their fourth straight appearance on the list. 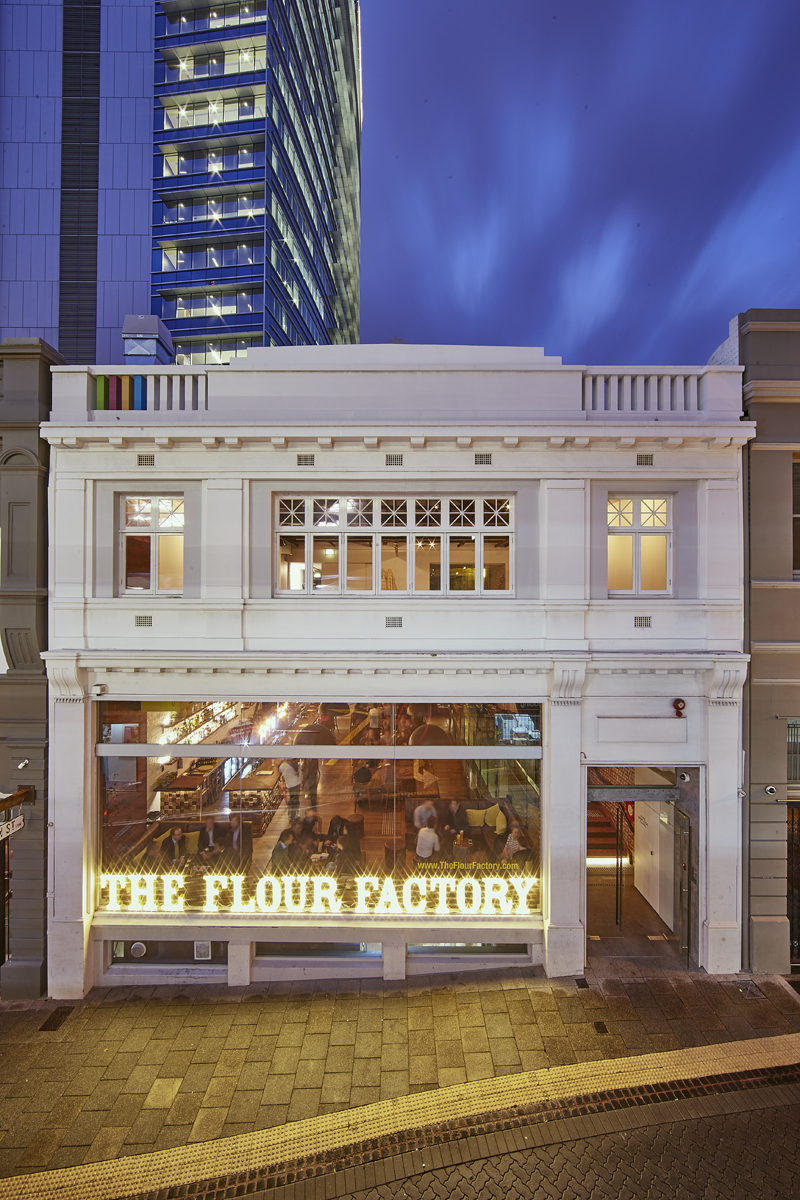 If you’re in Perth’s CBD and you’;re looking for a fix of juniper, The Flour Factory is the gin bar you need. They boast a big collection of gin, and a number of gin cocktails — but whilst you’re there you’re going to want to spin the gin wheel. What is the gin wheel? We’d rather leave it as. surprise.

2019 is The Flour Factory’s fourth appearance on the Gin Bar of the Year finalists list.

Union Electric is one of those bars that has a serious offering without taking itself too seriously. It’s often described as quirky and irreverent — the large Bill Murray poster inside is an indication of this — but what it really is is a good-times bar with great drinks.

And their upstairs gin garden — which opened in 2018 — is what sees them landing as a finalist for Gin Bar of the Year in 2019.

The Bartender Magazine Top 100 Most Influential announced! The who’s who of the Australian bar industry, as voted by you

Get ringside for the Bartender Boxing bouts on Sunday, 4th September during Sydney Bar Week

Have you RSVP’d for Sydney Bar Week? Check out the line-up of events and secure your spot today!

Secure your spot to cheer on the finalists at the Plantation Rum Cup during Sydney Bar Week!