This story first appeared in 2017.

WHEN I first got into hospitality, I knew a cellarman across the road from the cafe I worked at who was a classic country lad — he rode his motorbike to work, was ready with a smile and a story, and was on the quest to find the perfect VB. He was still looking, and giving it his all.

I’m not on a quest to find the perfect Daiquiri per se, but it is my go-to drink. And I’m not alone — the Daiquiri is beloved by bartenders everywhere.

“I’m very familiar with it — it’s actually my favourite cocktail,” says Karel Reyes, or as he’s better known, Papi. “I’m from Santiago de Cuba, which is where the Daiquiri was created.” Papi is the national ambassador for Monin, and he’s one of the finest proponents of the Daiquiri going around.

The standard story of the creation of the Daiquiri goes something like this: Jennings Cox, an American engineer at the mines in Daiquiri, Cuba, created the recipe with the local rum, limes, sugar and water.

His written recipe served six people, and called for:

“the juice of 6 lemons, 6 teaspoonsful of sugar, 6 Bacardi cups ‘Carta Blanca’, 2 small cups of Mineral Water, plenty crushed ice – Put all ingredients in a cocktail shaker and shake well — do not strain as the glass may be served with some ice.” 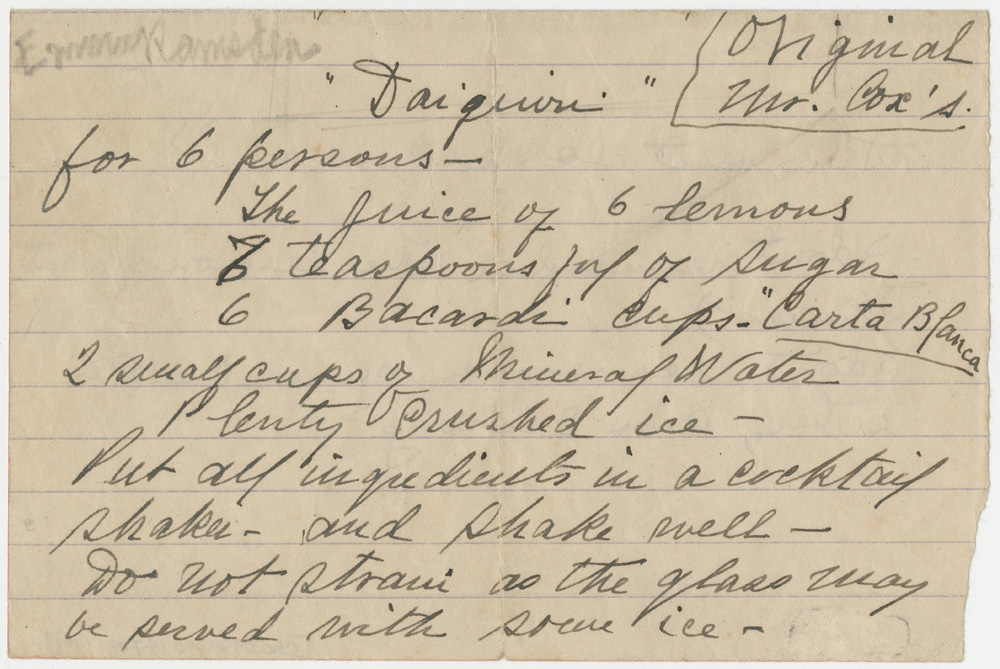 Before you freak and start throwing out your limes, the Spanish word for lime is limon, and lemons were hard to come by in Cuba, so keep juicing them limes.

Note that dilution here is provided by the addition of water as well as ice — a key component of the drink. One of the best Daiquiris we’ve had recently came courtesy of Simon Toohey at Goldilock’s in Melbourne, and he shared this tip: “Most people think that if the balance is out they need to make it sweeter or more sour, when what it needs is more dilution,” he told us, and judging by the four Daiquiris we downed in quick succession, we reckon he’s on to something.

“I’ve got my own secret, which is using different types of ice, because dilution is very, very important,” he says. He employs half cubed ice, and half crushed ice in the shaker, shaking until the tin becomes frosty on the outside.

“I’m from Santiago, which is a very hot and humid city all year long, so you want a refreshing drink,” Reyes says. “That was the reason the Daiquiri was created. I learned from the cantineros in my city, that you shake it until the shaker is frosty — that’s the perfect dilution. This is the key part. It means your Daiquiri is ready to be served.”

Though some people will claim there are perfect, inviolable proportions to the Daiquiri, we’re not quite so sure. After all, each lime is different, right? Getting that part of the balance right is what Black Pearl’s Nathan Beasley tells us is one of his big considerations.

“The hardest part to getting a Daiquiri right is adjusting your specs in accordance with how the citrus juice changes day to day, depending on their origin and condition,” he says.

“If the ratios aren’t balanced, with regards to sweet and sour as well as the choice of rum and choice of sugar, and the drink isn’t served freezing cold into a frozen glass, you can fall down and get a sub par cocktail.  The Daiquiri is the bartender’s answer to air conditioning, so it has to be bracingly cold.“

That said, it doesn’t mean you can’t do all you can to get as close to perfect as possible. At New York’s BlackTail, the Cuban bar from the team behind the Dead Rabbit, they’ve blended their own Spanish style rum for the Daiquiri and obsessed over the details for their Perfect Daiquiri, according to bartender Jesse Vida.

“It’s a perfect Daiquiri between the palates of Jack McGarry, Jillian Vose, and myself,” he says. “It’s what we agreed on as the most balanced version of the classic in our opinion.  Perfect balance of sour, sweet, and spirit.  The perfect combo texture, brightness, and depth. We have obsessed over this ratio, trust me.”

A light Spanishy-style white rum is the ideal rum for a classic Daiquiri, but its formulation of spirit, sweet, and sour is one ripe for riffing on — as we’ve seen with the Pteradaiquiri from the guys at The Dominion League in Perth (they employ dark rum and bitters with a bit of theatre for their take), and you’ll see in the modern classic, the Nuclear Daiquiri.

But the Daiquiri is a humble drink, and sometimes it’s the simplest additions which create a memorable drink. Toohey’s personal take on the Daiquiri — the Simon Daiquiri — is a classic Daiquiri with just a dash of absinthe, which gives it a nice lift; Reyes loves the Daiquiri #5 which includes a hit of maraschino liqueur, he says; and for Beasley, he has his own secret tweak to the drink.

“If I know someone is well-versed in the way of the Daiquiri, and they trust me, I occasionally like to add a small piece of zest from the lime, a drop of lime oleo, or some lime oil to a batch of sugar syrup to give the cocktail a little edge,” he says. “[It’s] great to experiment with, and you get some great results.”

And in the meantime, we’re happy to keep searching for that perfect Daiquiri. 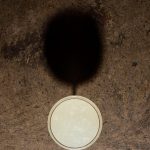 Adapted from a recipe by Karel ‘Papi’ Reyes.