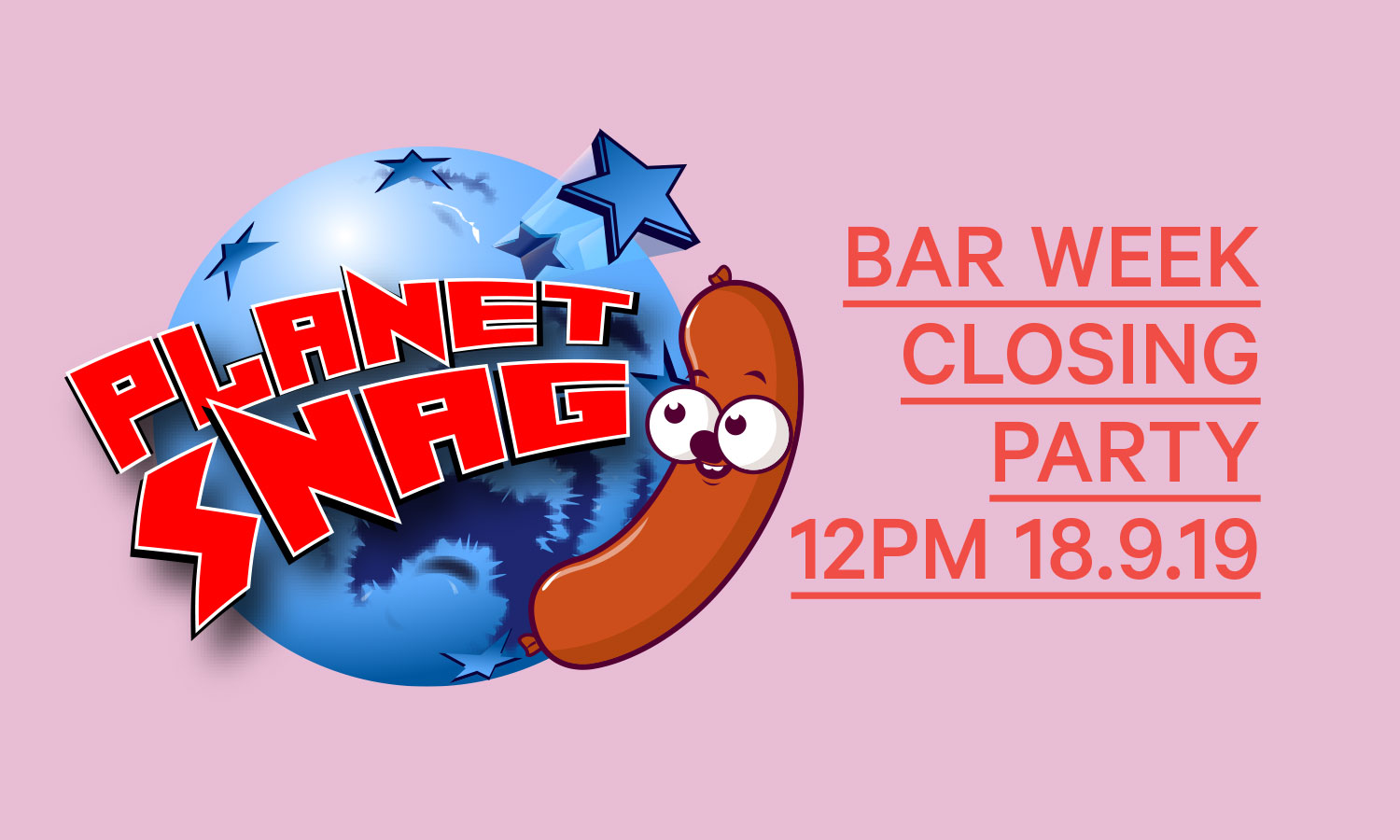 Have you seen the Sydney Bar Week timetable? 2019 is far and away the biggest Bar Week ever, with some 38 events planned for the five days from Saturday 14 and Wednesday 18 September.

With all the good times coming at you, you’re going to need a relaxing way to end the week, and that’s what’s in store at this year’s closing party.

This year’s closing party is set to be one to remember. Why? Because Old Mate’s Place are bringing their sausage spectacular, Planet Snag, to the dusty masses for the official Bar Week Closing Party.

After all, on the day after the night before that was the Bar Awards, what’s better than a little encased meat on bread?

“Get down to Old Mate’s!” says co-owner and sizzle aficionado, Daniel Noble. “As they say, misery loves company. Get some flipping good Bloody Mary’s up ya and frang a few snags in your face — seems fine!”

Roll down from midday and head up to the rooftop, where you can frang yourself a snag (with a gold coin donation to aid an animal charity) and sip on a complimentary cocktail or two thanks to Old Mate’s Place and our sponsors 42Below, Bombay Sapphire, Tequila Patron & Patio Beverages.

Our best advice: make sure you’re not booking a morning flight out of Sydney and remember, folks: sizzle, don’t sozzle.

0
Australian Bartender September 11, 2019
No Comments Yet