One person who has devoted himself to bridging the gap between bartender and barista is Martin Hudak, the 2017 World Coffee in Good Spirits Champion. After four years at The American Bar at The Savoy London (World’s Best Bar 2017), Hudak moved to Sydney last year to be part of the heavy-hitting bar team at Maybe Sammy.

Recently named Best New International Cocktail Bar at Tales of the Cocktail, Hudak is responsible for Maybe Sammy taking its coffee program very seriously. They source and roast their own coffee blend and feature a page of coffee drinks for guests. When it comes to coffee cocktails, Hudak thinks Australia’s favourite beverage deserves options beyond the Espresso Martini. “Guests are more informed than ever, and we see that they appreciate different offerings,” he says. “Every bar in Australia can make an Espresso Martini, why not get creative and stand out from the crowd?” 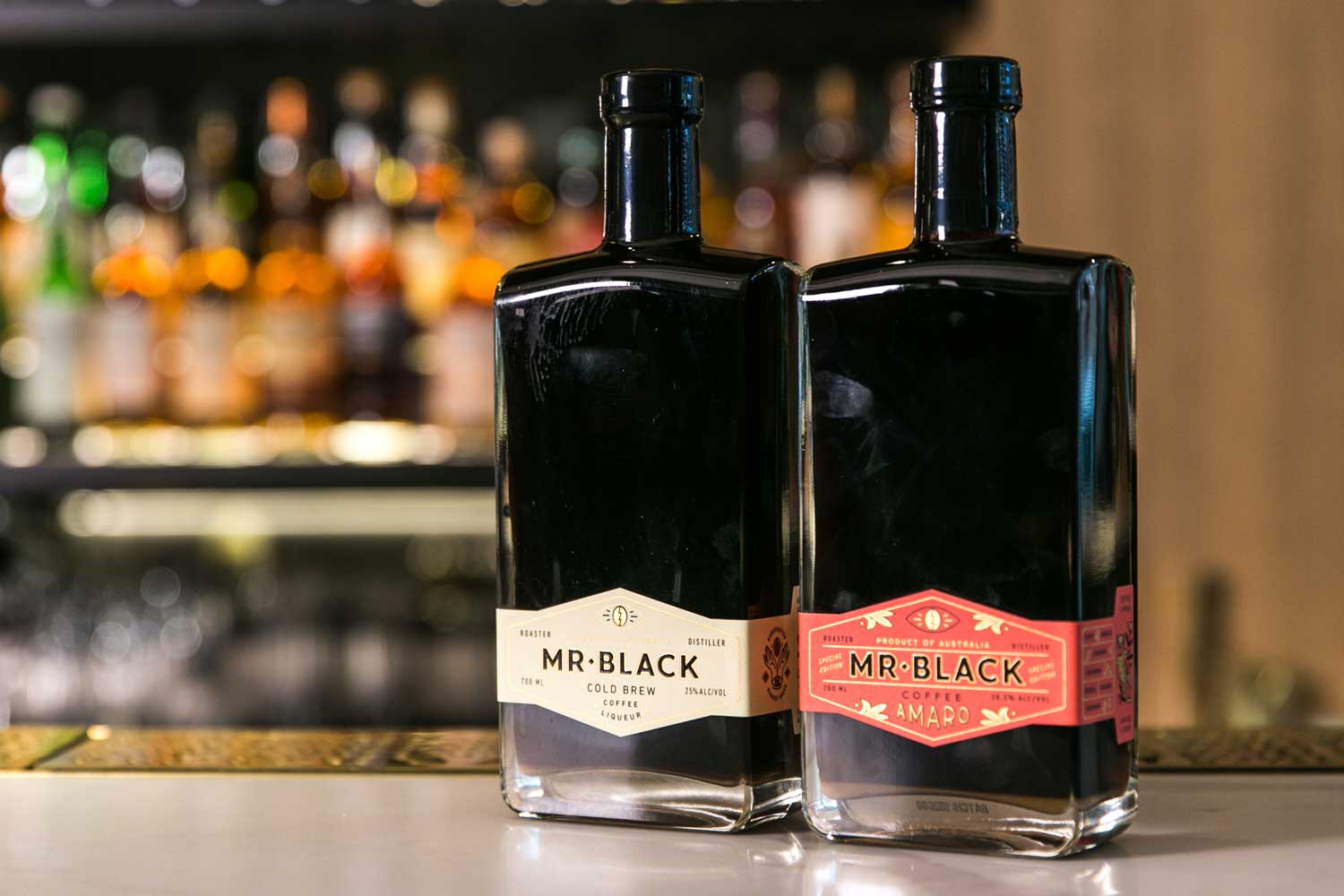 Hudak also travels the world preaching the virtue of coffee after dark in his role as Mr Black Global Coffee Ambassador. He’s on a mission to shake coffee liqueur’s reputation from your grandma’s drink of choice, to a modern option at any time of the day. “People are drinking less, but better-quality spirits, and they want to know more about the origin of what’s in their glass,” Hudak says. “I’m fortunate that Mr Black shares a similar philosophy to myself – less is more – with only cold brew coffee, Australian wheat vodka, sugar, and water in every bottle. We control our own bean sourcing, roasting, extraction, and blending in-house – there is nothing to hide.”

Mr. Black is fanatical about delivering a real coffee hit that holds up when mixed with more dominant spirits. Hudak has some advice for bartenders thinking about expanding their coffee cocktails repertoire. “Know the classics, but don’t be afraid to break the rules,” he says. “Like whiskey? Try a Mr Black Cold Fashioned. What about a Black Negroni? On the menu at Maybe Sammy – my tropical Espresso MarTIKI (made with dark rum, Mr Black, pineapple, and orgeat) outsells the original two to one.”

According to Hudak, the coffee cocktail revolution is already under way. “On my travels around Australia, I’ve found some amazing drinks from bartenders who have spent time thinking about flavour combinations,” he says. “One example is PS40’s Africola – recently featured in Australian Bartender – featuring Mr Black alongside their own wattle cola and a warm coconut foam. Other innovative cocktails can be found at Bank St Social in Adelaide (pairing fresh orange juice with Mr Black Amaro is a hit), and Dulcie’s in Kings Cross (combining Mr Black with coconut fat washed tequila and dry cassis).

“I encourage operators to think about the lengths people will go to in order to get an exceptional coffee, and ask: are you treating your coffee cocktail program seriously enough?”