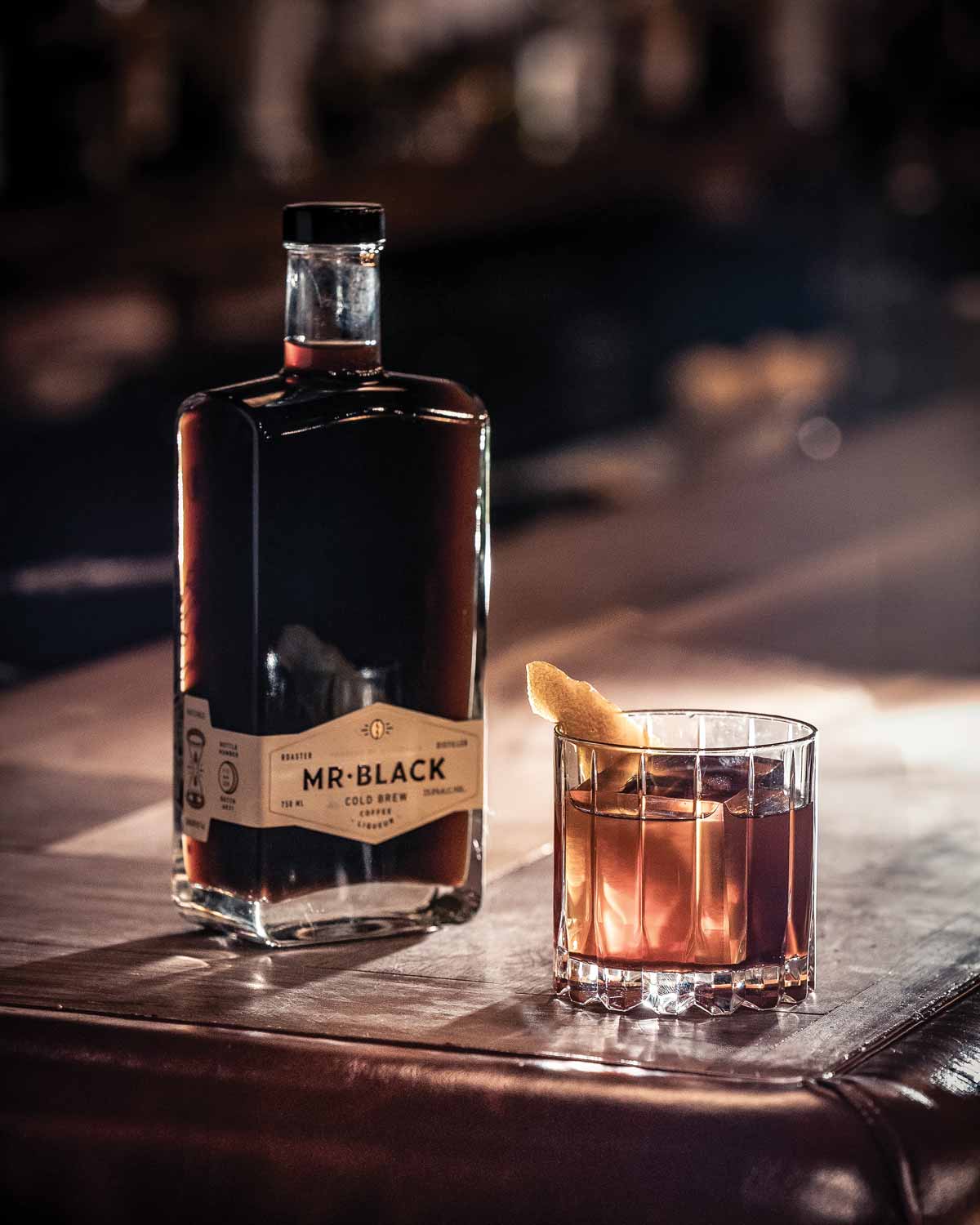 Take a look around Australia’s busiest bars on a Friday or Saturday evening, and you’ll spot a sea of Espresso Martinis. No two ways about it, Australia’s obsession with coffee is at an all-time high. It should come as no surprise, then, that a local brand is leading the charge to bring craft coffee into the night in bars around the world. In the past 12 months, MR BLACK has gone global with its mission, and the Aussie cult favourite coffee liquor has quickly become a darling among the world’s best bartenders.

Founded by coffee-fiend/designer Tom Baker and prominent distiller Phillip Moore in 2013, Mr Black has grown from a humble start-up into a collective of roasters, distillers, baristas, bartenders and fanatics, all preaching the virtues of coffee after dark. At its core, Mr Black remains a passion project, made with great care in batches of 300 bottles at a time, at the small craft distillery that started it all, a short drive north of Sydney.

Baker believes a serious approach to coffee is what sets Mr Black apart. “The production of Mr Black is as much a science as it is a craft. Our Head of Coffee has a PhD in chemistry – that’s how serious we are about what we do. We’ve made over 1,400 individual batches of Mr Black now, and we have an encyclopaedic knowledge on the impact of coffee varietal, seasonality, roast, and ambient temperature to name just a few variables. This is in service of creating an exceptional and consistent bottle of coffee liquor each and every time.”

Anyone that’s travelled or worked overseas knows that Aussies are flying the speciality coffee flag. From London to New York, it’s likely your flat white will be made by an Australian barista – and now Mr Black is available as your evening pick-me-up. Increasingly innovative coffee cocktails are offered in London at The American Bar, Happiness Forgets, and Bar Swift. Likewise in the U.S. – you’re able to sample a Cold Fashioned at The Nomad, Black Negroni at Dante, or molecular White Russian at The Aviary.

It’s been a big year for Mr Black with Drinks International recognising the brand as one of its Top 10 Trending Liqueurs. The demand in the U.S. saw Mr Black sell more product than any other Australian spirit brand in 2018, which presented an unforeseen challenge for Baker – “We sold more than twice as much in our first year as we had planned – so much so we were air-freighting in pallets on Qantas jets.” It’s proof that the mission is resonating.

At the recent 10th anniversary of the World’s 50 Best Bars in New York, in a room of the industry’s biggest and brightest, Mr Black cocktails were crafted by none other than Ryan Chetiyawardana. It was a genuine ‘pinch-me’ moment for Baker. “I was blown away by the number of compliments we got from people who really know their stuff,” he says.

On the horizon for the brand? Launches in places where serious cocktails matter and people love good coffee. Chicago, Austin, and Miami will be followed by Tokyo and Amsterdam before the year is out. The exciting thing for Baker is discovering new Mr Black creations by bartenders from different backgrounds. “The Mr Black and mezcal Paloma is on a tear in California, and consumers in Asia love the Spritz-style Coffee Tonic interpretations from local bartenders. It’s amazing that our Aussie coffee liquor is driving innovation in coffee cocktails, far beyond the Espresso Martini, in bars all over the world.