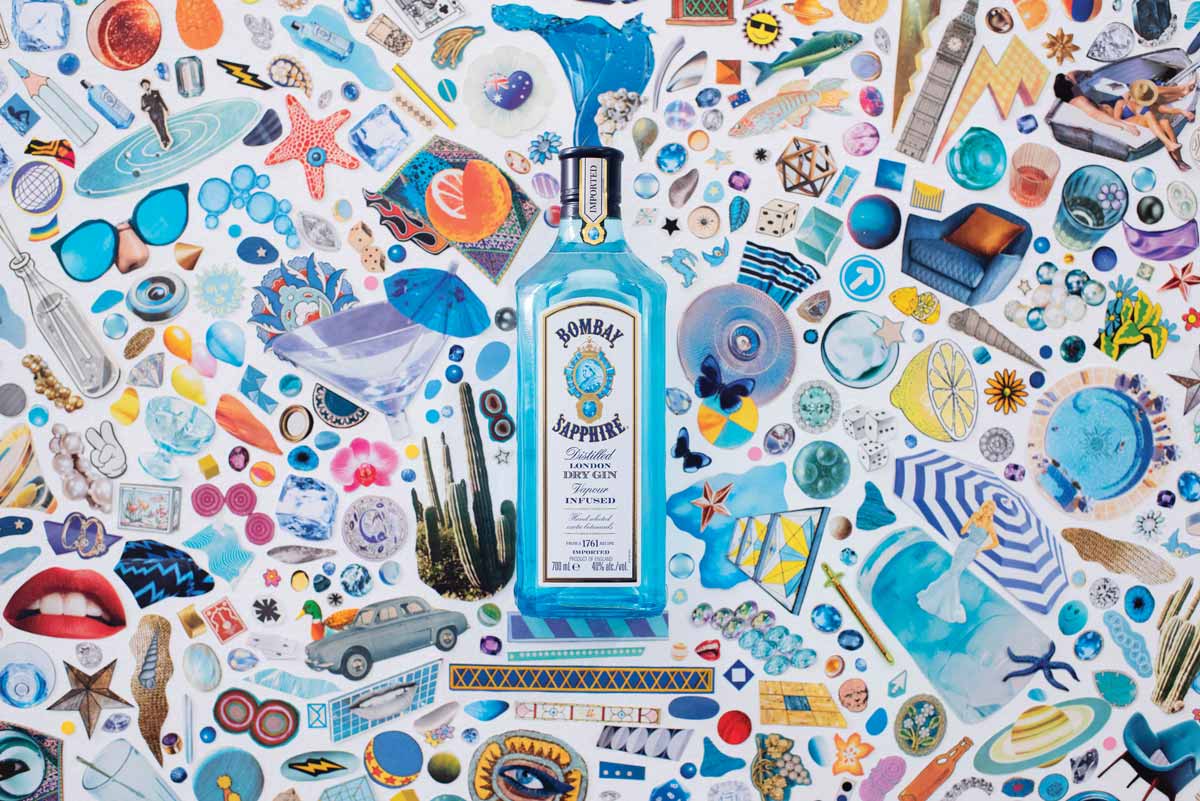 What makes a good bartender great? Well, knowledge for one; embodying the art of hospitality, that’s another one. But the true game-changing bartenders — the ones who inspire followers and whose style is imitated across the world — those are the creative ones.

That was the big idea behind their latest events, in which they’ve taken their Glasshouse Project concept global, bringing top bartenders together for workshops designed to push the boundaries of cocktail creativity.

In July they hosted 60 of the most creative bartenders from around Australia in Sydney and Melbourne, giving them a chance to win the $20,000 Bombay Sapphire Creator Grant.

A couple of special guests from the creative community were brought in: Maximillian Malone, a mosaic and collage artist who creates awe-inspiring compositions, and Sarah Rowan, who captivates audiences with her speed painting ability.

With their amazing artistic abilities, Malone and Rowan shared their inspirations and influences with the 60 next generation bartenders to spark their creative energy. 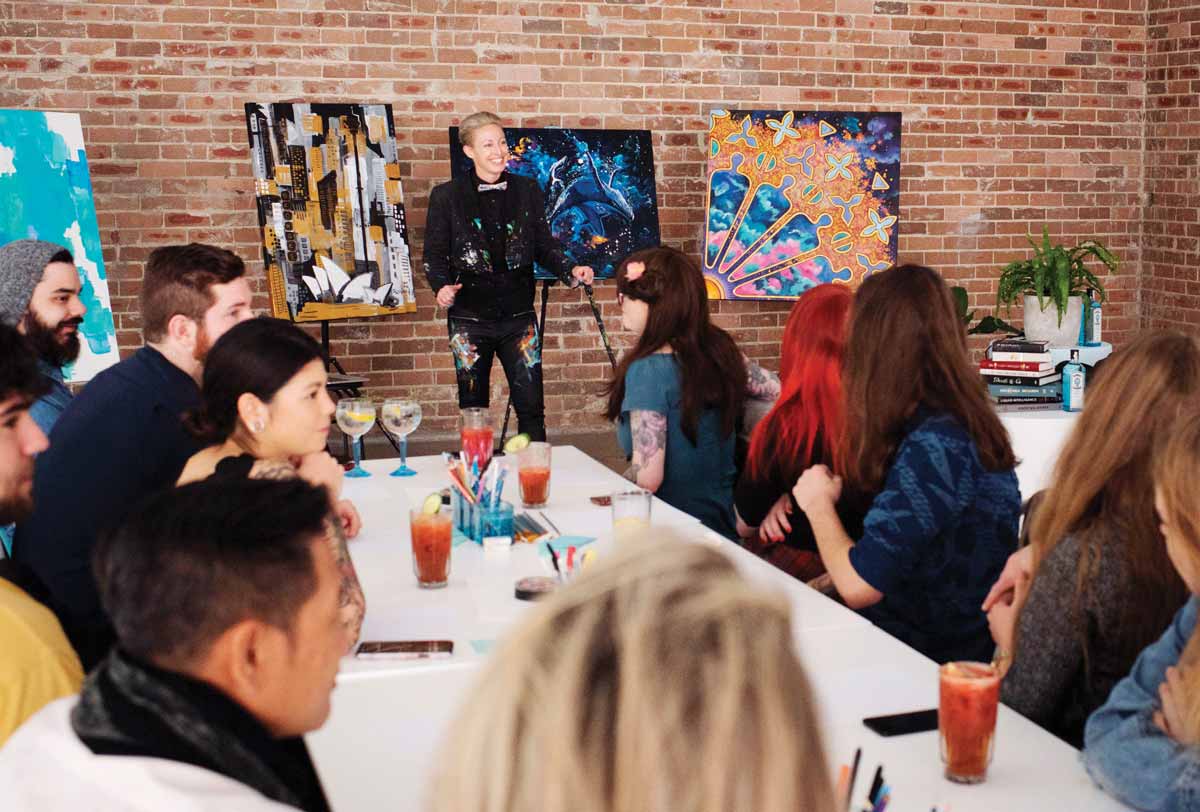 “We wanted to stir creativity with bartenders in a new way,” says Peter Hollands, Bombay brand ambassador. “Not by simply asking them to create something, but to discuss the different ways creativity can manifest itself. Creativity with the support of Bombay Sapphire can be many different things. Not just cocktail creation, but also creativity in solving problems, be them social, professional or physical. “

“This is a platform which we’ve done globally in previous years but it’s the first opportunity we’ve had to bring it to Australia, with the addition of the Creator Grant concept,” he says. “It’s a great opportunity for us to put our money where our mouth is, to truly support creativity in all its forms in our industry. It’s going to be very interesting to see what the bartenders come up with, and I’m looking forward to bringing it to life.”

In order to win the Bombay Sapphire Creator Grant, the bartenders are challenged to invent a concept either for themselves, their customers, venue or the industry, with the only requirement being the inclusion of a Bombay Sapphire cocktail. Key themes for the bartenders to consider are design, liquid, sustainability and experience. 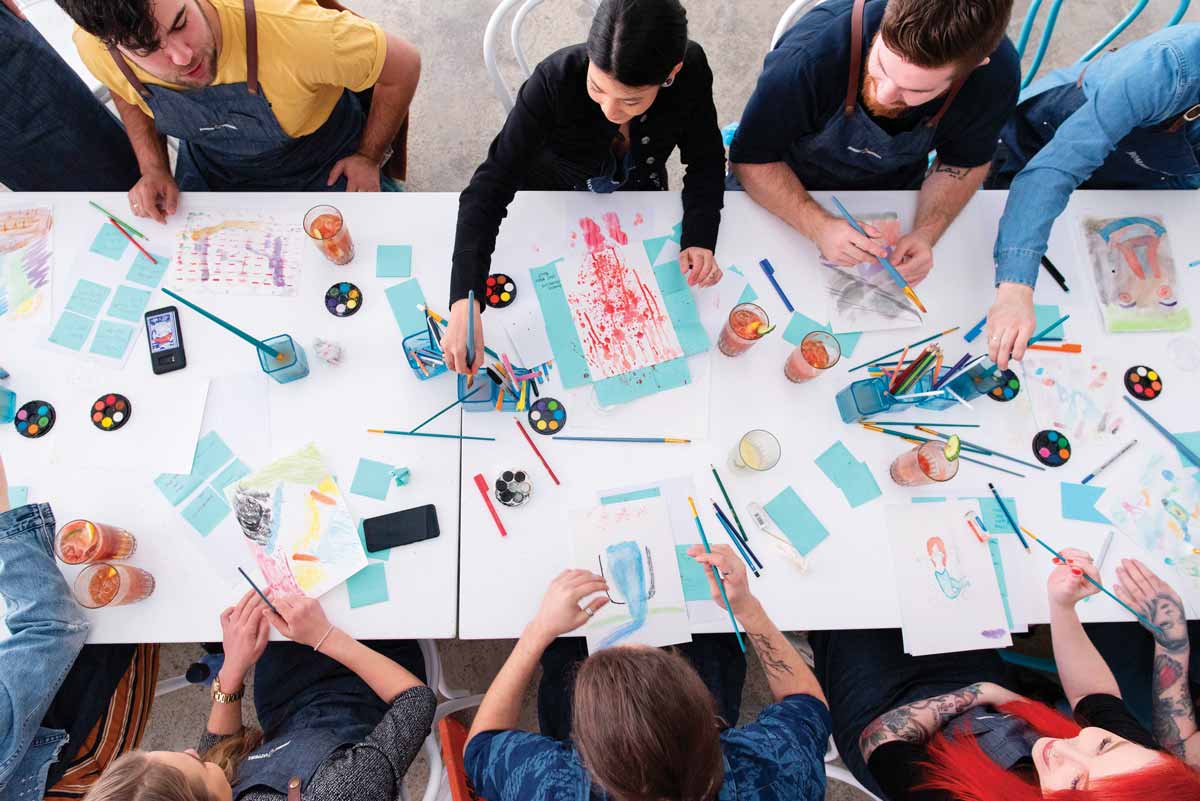 Bartenders’ concepts will be judged on the Bombay Sapphire measures of creativity: Their final concept creation must be tangible, innovative, interesting, be personal and represent the individual bartender which the idea comes from, and be replicable for potential use in Bombay Sapphire’s greater brand offering.

The bartender with the most creative idea will win the Bombay Sapphire Creator Grant and will be awarded $20,000 to transform their idea into a reality, as well as an additional $3,000 cash for themselves and a celebration event in their own venue to unveil their creation. Second place receives $2,000 and third place receives $1,000.

“We should recognise opportunities to be creative,” says Hollands. “It’s easy to stick to the status quo, but to really thrive, we need to push ourselves into a creative state of mind, in all parts of life.”

We spoke to two attendees to glean a little of what they learned from the experience, the talented Anneliese Grazioli from Hot Tamale in Darwin, and Sean Howard of Adelaide’s Cry Baby. 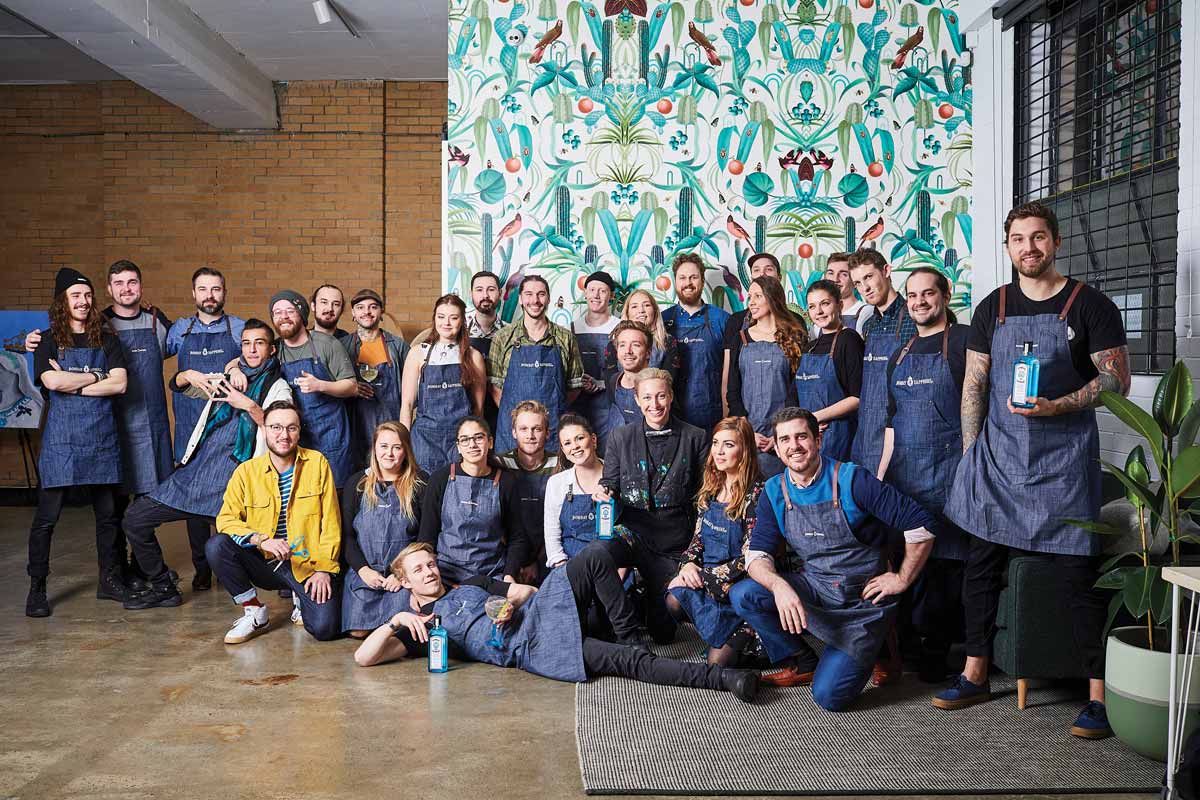 What were two of the key ideas you took out of the Bombay Glasshouse session?

The big thing that I took from the event was the concept of stealing creativity. [Maximillian Malone] spoke about the idea of taking on board and even in certain cases reusing someone else’s creative work to begin to develop your own.

This is obviously something that exists heavily in all sectors of the hospitality industry, however I had never toyed with the concept of taking ideas and concepts from a field completely unrelated to mine.

I’m now beginning to consider the concept of taking ideas from things such as art on paper, presentations, music and so forth, stealing ideas that they have created, and furthermore transcribing it to be applicable within my bar. The idea first sparked in my head when I correlated the work that we did with collaging on paper, to how we at Cry Baby have decorated our bathrooms.

The second aspect I actually managed to pick up strongly came from [Sarah Rowan], who attributed a large amount of her success to her failures. Once again, it is commonly known that you will fail time and time again, even if you are someone who consistently wins. However, the concept pushed forward by this speaker was that you cannot win without the lessons learnt from failure.

Whilst this is obviously something that we all to some degree know, it was refreshing to see a perfect scenario of such situations right in front of me. After thinking on it, I became more comfortable with the fact that I may run events that go poorly, hire staff that let me down, make drinks that may disappoint, and so on.  It removes the chance of restricting and limiting myself creatively due to fear.

Why was the event important?

The event was important because it showed the progression and direction that our industry is going in. We can no longer just chuck on a master class, share the history and story of the product and dive into its tasting notes. Bartenders are coming better at their jobs year after year, and because of this, the rest of the industry needs to as well.

Bartenders are diving into the idea of finding a product that fits what they represent, regardless of whether the team by their side agrees. This event was a perfect example of how Bombay Sapphire and Bacardi in general have come to terms with the evolution of the industry and are not only just trying to keep up with it, but also trying to be pioneers of its progression. We sat in a room full of amazing bartenders, spent an entire day learning about creativity almost disconnected to the concept of the drink and our industry and it is almost guaranteed that every single person who entered that room left it with an idea that they have taken from a distant relative in creativity to practice right back in their own bar. And you can almost bet that the first bottle they pick up to trial this new concept with will be Bombay Sapphire. That is forward thinking at its finest. This isn’t a brand trying to keep up with the creativity of bartenders, this is a brand trying to lead the way to the next step in the evolution of the spirit, the bartender, the bars, and the industry as a whole. 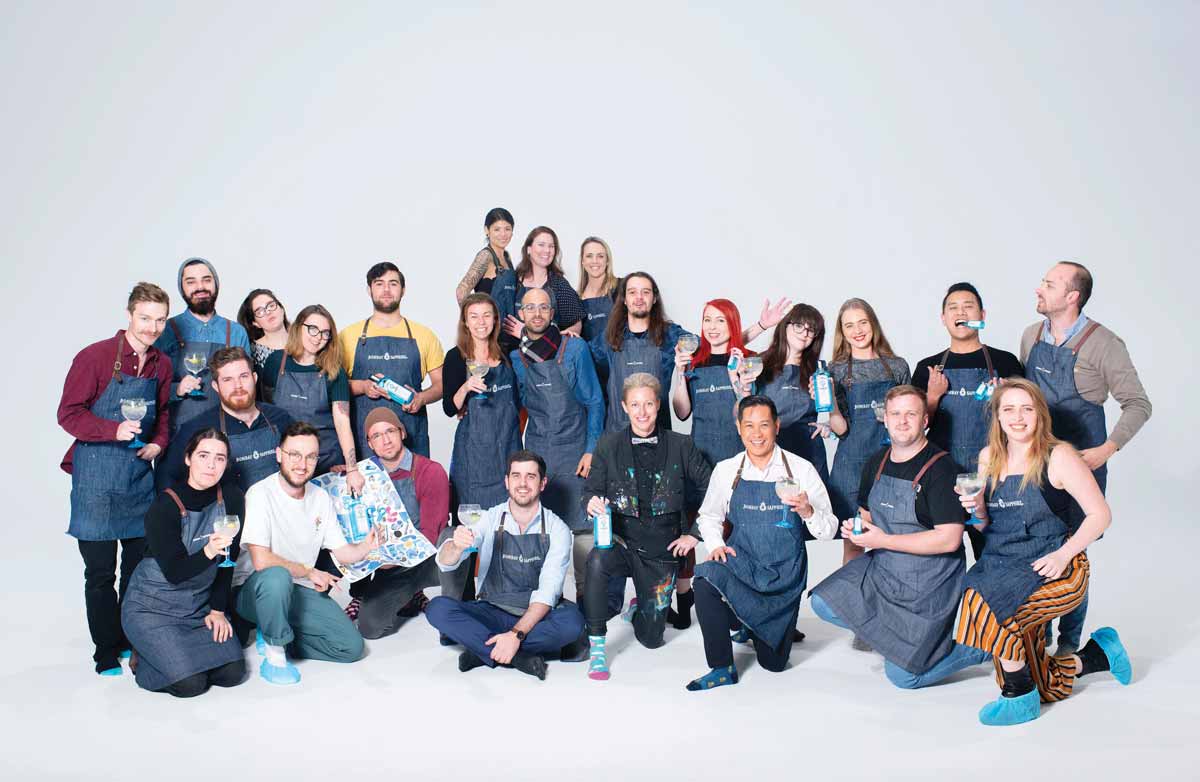 What were two of the key ideas you took out of the Bombay Glasshouse session?

To go the next level — don’t always just follow the same process of creativity but break out and try something new and you could surprise yourself.

Teamwork, going in with a group of people I’d never met before and being challenged to create something was very interesting and fun to see the different personality styles work together and come out with ideas.

Why do you think attending the event was important?

I never really considered myself a creative person but being apart of something different, that wasn’t just a cocktail masterclass really re-inspired me to try new things and have a more open mind when it comes to creating something.