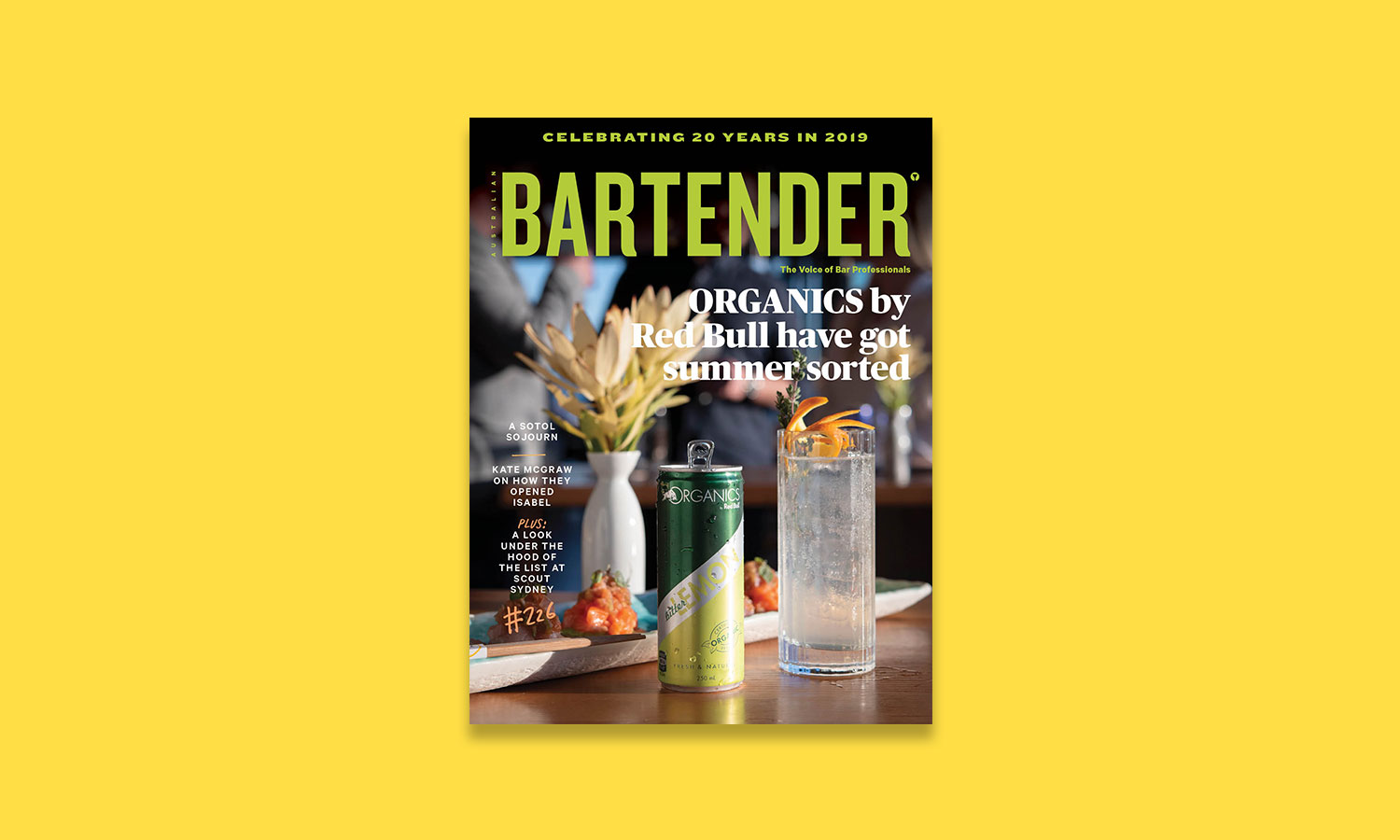 You can the October issue of Australian Bartender right now to your iOS device — click here to get the app.

Inside the October issue, we take a look behind Scout Sydney’s list, and take a boozy tour through some of Barcelona’s best bars. One of those bars is Two Schmucks, and in this issue we also look at what makes that bar tick (spoiler alert: we reckon it’s in the details).

We’ve also got an in-depth look at sotol and the terrain that it comes from, as well as speaking to Kate McGraw about her first outing as an owner of new Bondi bar, Isabel. We get geeky about anise in this month’s Explainer, look at some essential gins, and delve into aged tequila.

There’s all that and loads more inside the only magazine dedicated to the Australian bar industry — click here to get the app.

0
Australian Bartender October 9, 2019
No Comments Yet