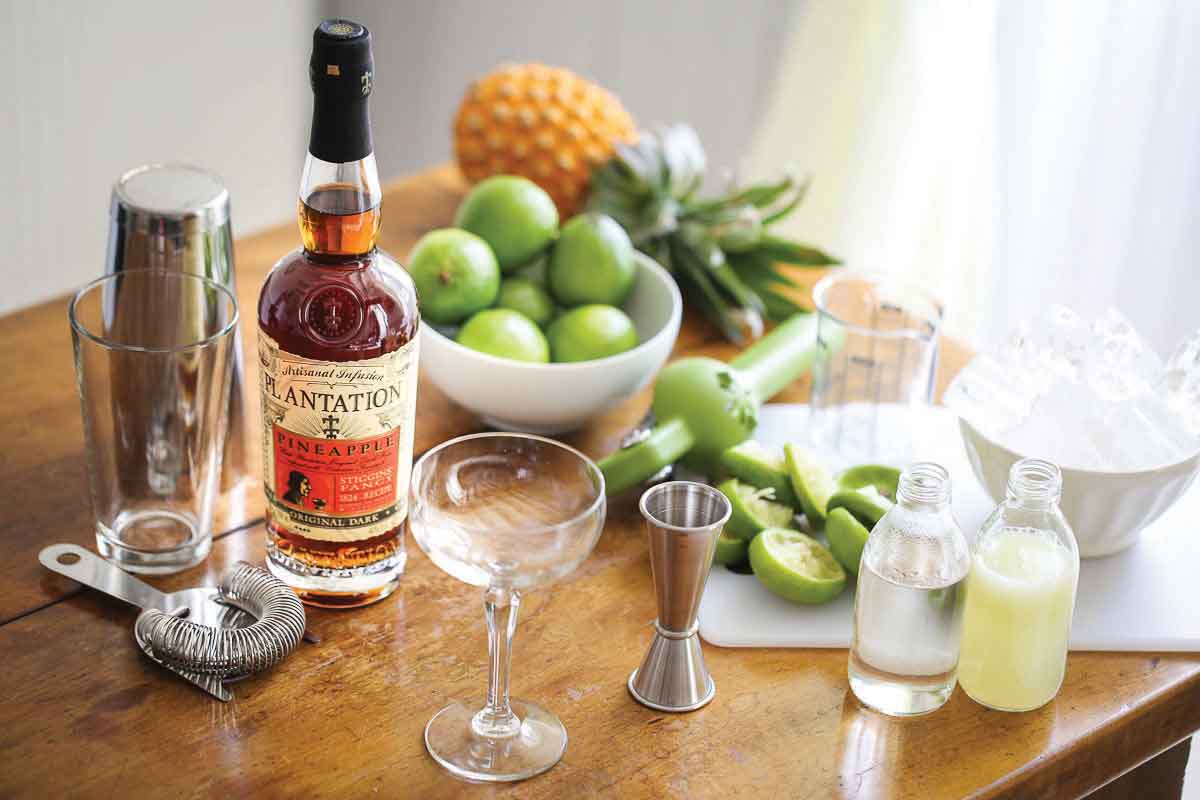 An excerpt from the beverage learning platform, JERRY at jerry.global, and an advertorial by Proof & Company

Molasses, the by-product of the sugar refinement process, was plentiful for the first time in history on Caribbean plantations. Sometime in the 1600’s, it was found that molasses could be fermented and distilled, a discovery that changed the institution of the plantation. The first sugarcane spirits were consumed by slaves, servants, pirates and other less than savoury characters who inhabited the Caribbean. Rugged and unrefined, the new spirit gained a reputation for its strength and the wickedness of those who drank it. Sugarcane spirits went by the name of kill devil, rumbullion and later, rum.

Alcohol has been used for centuries to extract medicinal properties from healthful botanicals. Early spirits were harsh and benefited from such flavorings. It is no small wonder then that spiced rum was created from the exotic ingredients grown in Central America and made first on plantations.

Caribbean distillers used nutmeg, pineapple, lime, cloves, coconut and other exotic ingredients grown around their plantation to flavor their sugarcane spirits. It was not uncommon for plantations and tippling houses to have a unique spice blend for their house made spirit.

Today, flavored rum (also called spiced rum) is a labelling term used to describe sugarcane-based distillates that have been flavoured with the addition of fruits and spices. Most flavored rums are dark in colour, and have a base of gold rum. Some flavored rums are made with inexpensive light rums and darkened with caramel colour. Aniseed, cinnamon, coconut, pineapple, nutmeg, pepper and rosemary are common flavorings. They are an excellent addition to holiday punches, and generally sweet and flavorful.

Today, rum producers reference history in the creation of new spirits. Ableforth’s Rumbullion! offers a range of sugarcane spirits inspired by the past. Ableforth’s Rumbullion! is a shipshape spiced concoction made using a blend of fantastic Caribbean rum, creamy Madagascan vanilla, vibrant orange peel, clove, cassia and a pinch of cardamom. The label features an illustration of a Navy grog tub, further showing off its maritime inspiration. Ableforth’s Rumbullion! Navy-Strength is made with the same quality ingredients, but the ABV is higher and the sugar has been lowered to give a greater concentration of flavor and mouthfeel.

A modern take of a tradition popular in Victorian era London, Alexandre Gabriel of Plantation Rums and cocktail historian David Wondrich collaborated on a flavored rum that has fast become a cult classic among bartenders. Plantation Pineapple Stiggin’s Fancy Rum is a recreation of a tot served aboard British Royal Navy, rum flavored with tropical fruits that could be purchased for a shilling a flask, and by the Dicken’s character Reverend Stiggins who carried such a flask in his robes. A mix of Plantation Original Dark infused with pineapple and Plantation 3 Star Rum and re-distilled with pineapple rind we believe that Plantation Pineapple Stiggin’s Fancy Rum is likely much better that the spirit of old.

To find out more about Ableforth’s Rumbullion! or Plantation Pineapple Stiggin’s Fancy Rum, get in contact with your local Proof & Company representative. To learn more about rum, subscribe to the beverage and hospitality learning platform JERRY at jerry.global.