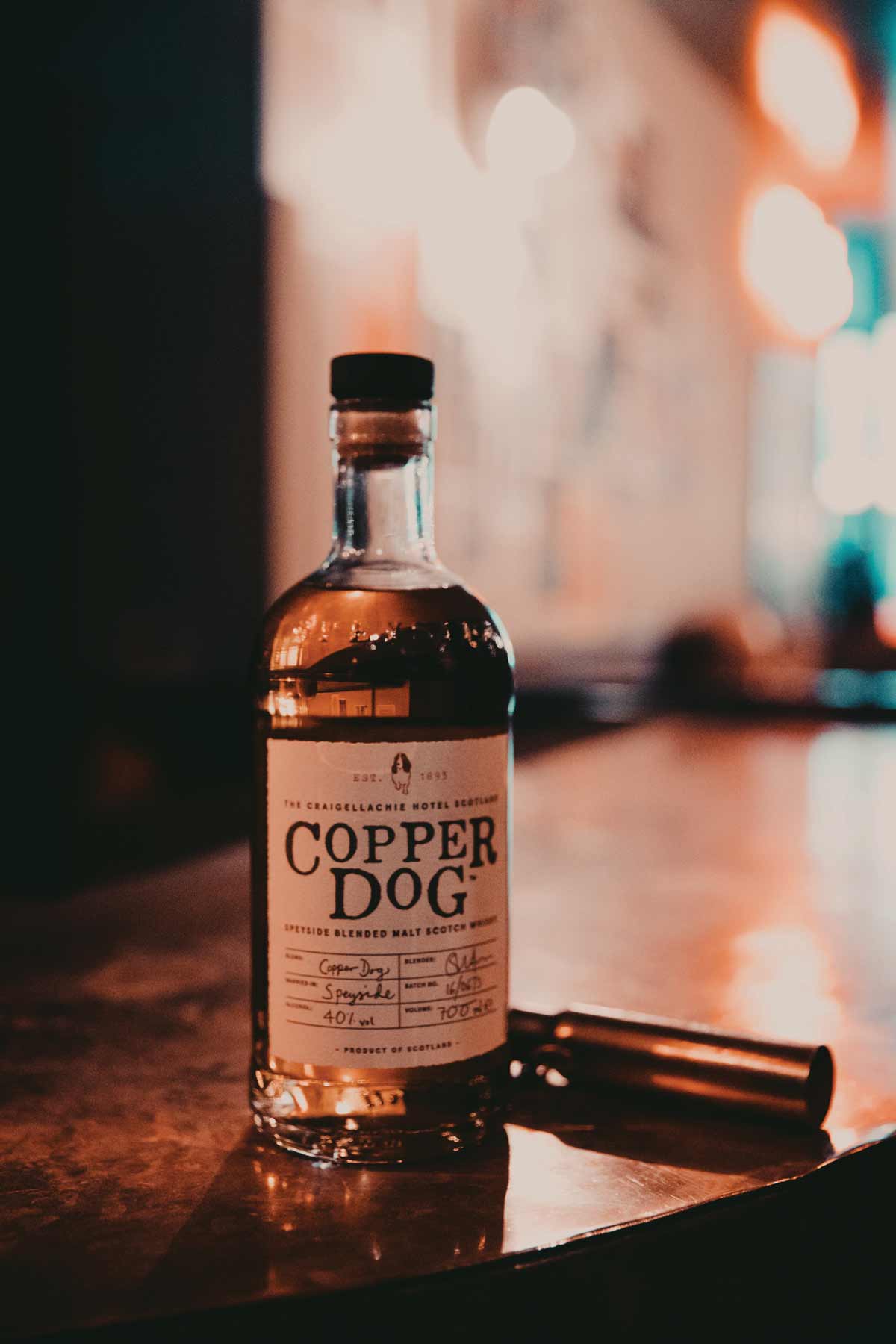 Copper Dog is a unique blend of eight single malts inspired by Speyside and the Copper Dog pub at the Craigellachie Hotel, located on the idyllic banks of the river Spey in the Scottish Highlands. The legacy of Copper Dog is one with a rich history – a renowned tale of illicit distillation and rebellion against the British Crown, dating back to the seventeenth century when whisky production was driven underground. The workers and Speyside stills-men, desperate to have a taste of their own, stole from wherever they could; creating their own personal blends from different casks and distilleries. The ‘Copper Dog’; a copper tube with a penny soldered to one end and a cork in the other, was used to smuggle illegal drams down their trousers and belts – famed as a man’s best friend, because it never left its owner’s side.

Copper Dog is a tribute to the original rebels of Speyside, celebrating their mischief with all.

The idea for Copper Dog was born at the Craigellachie Hotel, built in 1893. The hotel pub was frequented by local distillery workers and highland travellers who congregated to share their tales. In 2014, the run-down hotel was discovered by hospitality entrepreneur Piers Adam on a trip to Speyside to visit the village his Father had been evacuated to. Inspired by the stories surrounding the distillery, Piers named the pub the Copper Dog and instigated the creation of a whisky with the same name. 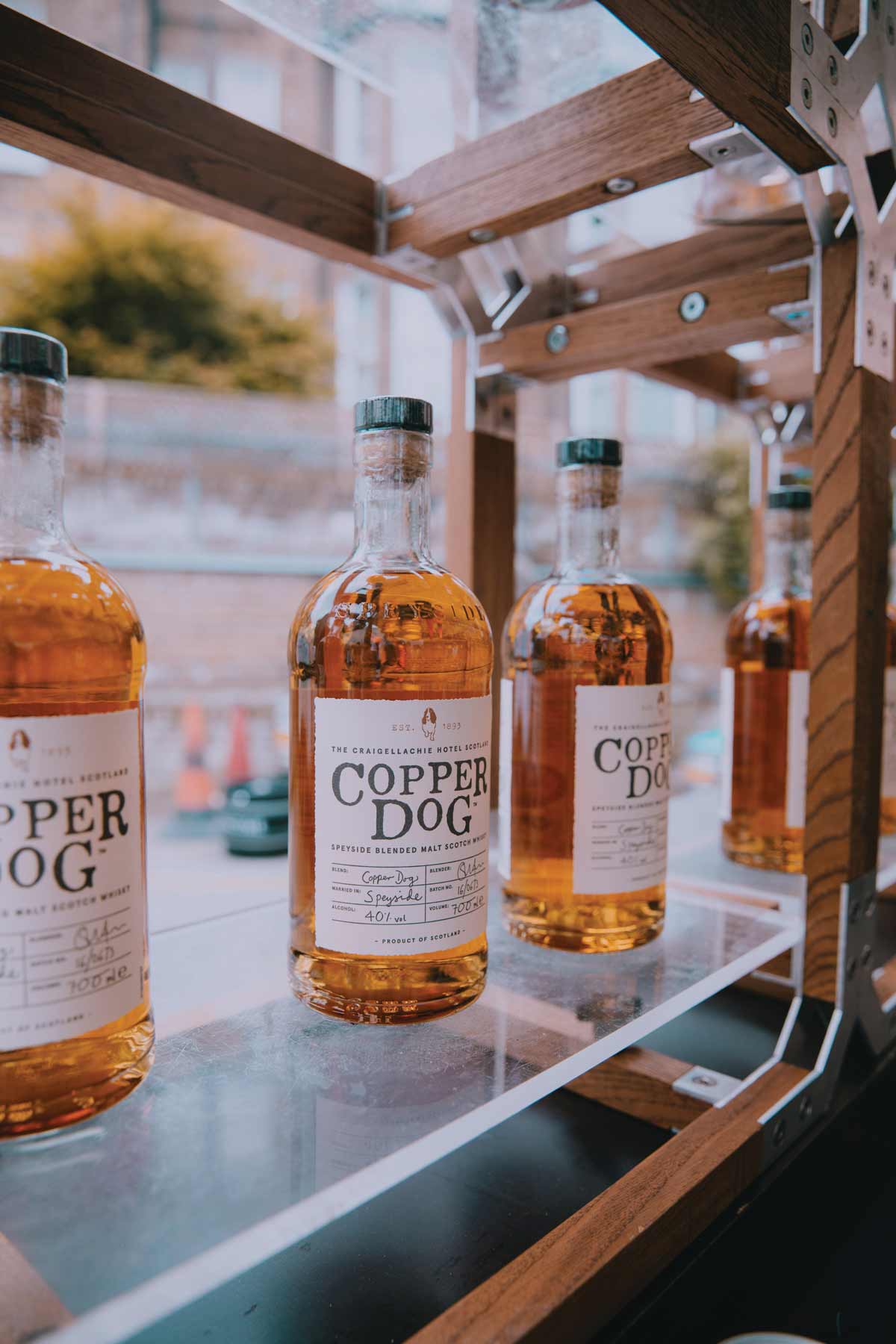 The whisky itself, meticulously crafted by Copper Dog Master Blender Stuart Morrison to represent the diversity of Scotch production in Speyside, the home of over half of Scotland’s distilleries. Leading with fruity flavours that move through fresh, orchard, dried and citrus, and with hints of vanilla and aromatic spices, Copper Dog is the democratic face of whisky, as drinkable neat or with water as it is with cola or in a cocktail. The simple, bold honesty of the Copper Dog brand is mirrored in the unique whisky dipper and dog emblems, designed by famed British illustrator Hugo Guinness to grace every bottle.

Copper Dog believes that what makes Scotch whisky the greatest of all spirits is its approachable simplicity, coupled with a resilient versatility that allows its many complex flavours to shine through. Above all, Copper Dog aims to give consumers a glass that they are in control of, however they choose to enjoy it.

To this day, The Copper Dog Pub remains the watering hole of choice for distillery workers and travellers, and its eponymous export continues on its mission to de-mystify the Scotch whisky market and bring the ‘Spirit of Scotland’ to consumers in over 64 countries.

Juice the apple and build into a lowball with cubed ice. Garnish with an apple wedge.

Islay The Queen of the Hebrides