Double Deuce Lounge opened in the business end of the Sydney CBD back in June, and is the second bar from the owners behind Ramblin’ Rascal Tavern (a five star dive if ever there were one). And when they were planning the bar — a somewhat 70s-inspired cocktail lounge — they knew they wanted to focus on elevated cocktails (albeit done in a very Rascal way). So who did they tap for the bar manager role? Oliver Churcher, whom you may know from Low302, Hello Sailor, and Rascals. Below he gives an insight into how — and why — he operates the way he does.

It was through pure nepotism. I got a job with absolutely no experience as a barback because my sister was dating the manager at the time, at Low 302. It would have been 2012.

Hello Sailor was a very interesting bar. What’s the old saying? If you say you remember how it was, you weren’t actually there.

The focus was on guest interaction over everything. We had quite a pedigree in drinks with Luke [Redington] running the bar. But between Marco [Faorone] and Luke, we were always heads up and engaging with people, showing them a good time — that’s what people go back to venues for.

All this [cocktail] stuff is really nice, it’s fun and interesting, but you’ve going to remember the venue where you went in and had an amazing fucking time, not the place where you tasted a really nice drink. You’re not going to look back in 10 years time and think, remember that night where I tried that stinging nettle Gimlet? No. No-one does that.

We’re a 70s themed cocktail bar — kind of like a slightly more grown-up version of Ramblin’ Rascal Tavern [the owners’ other bar]. Not much — very superficially.

We do full table service, with a predominant focus on cocktails — 50 percent of our trade. But also with a good selection of wine and beers, all the wines are from Australia and all the beers are in cans. Our wines are done by P&V Merchants, leaning on that natural focus.

We do get a lot of suits. You could be worried about not being able to cater to that more basic, suity crowd, but the reason why we do have a varied offering — we’re not super dialled in on just selling cocktails and that’s it — we’re very aware of the kind of crowd we have to cater to.

It’s also just the way we like venues to be — you never want to have anyone feel uncomfortable in your venue, so you know, Jim Beam White is our house shot, and we have fancy craft beers but if you just want a lager, our house beer is really fucking easy to drink lager. Same with the wines: they’re natural focused, but a lot of the time half the stuff, if you tasted it and didn’t know it was natural, you’d never tell.

The cocktails are all meant to be, even if not directly taken from the 70s, inspired by more vintage styles of drinks that may be a little under-appreciated. Even just ingredients and techniques, things that we feel like are very useful for creating tasty drinks but have just been overlooked a bit.

Having said that, it’s 2019, we exist in this time, so we’re not trying to go back to the past but to take what we like from it, infuse it with what we know, to make things really good.

You should be very clear about what your end goal is, and for us it’s always: has the person who has come in, have they had a good time? Have they left feeling better than when they came in? So whether that is about service or about drinks, or whatever — it’s always keeping that end goal in mind.

It’s not about trying to come up with drinks that we think are really creative, and really self-satisfying for us; it’s very tempting to get kind of self-indulgent but at the end of the day, everything we do is for other people and it can’t happen without those other people. You can’t have bar without customers.

It’s judgement, I guess. For example, this current menu is an update from the opening menu, and only one drink changed wholesale; the BabyCham went through quite a few tweaks because it wasn’t selling quite as well as we hoped. We kept the core structure of the drink the same, but just changed it a little bit, and it has worked a lot better.

Once you get more familiar with the drinks [on your menu], and you taste them more and more, you start to get a better idea of how it’s going to suit people or what maybe needs to change.

Attitude. You can train people across drinks quite easily. Whenever we get new staff, we always do a little trial slash interview, and we always get them to make a couple of classics, and see how they do on the floor and interact with customers.

It’s less about specifically knowing how we like to do something or not, because we have very specific ways of going about things that are probably quite different to a lot of bars; it’s more getting an idea of how much thought have you put into about why you make a drink this way. It’s not just about executing something but knowing why you do the things you do. 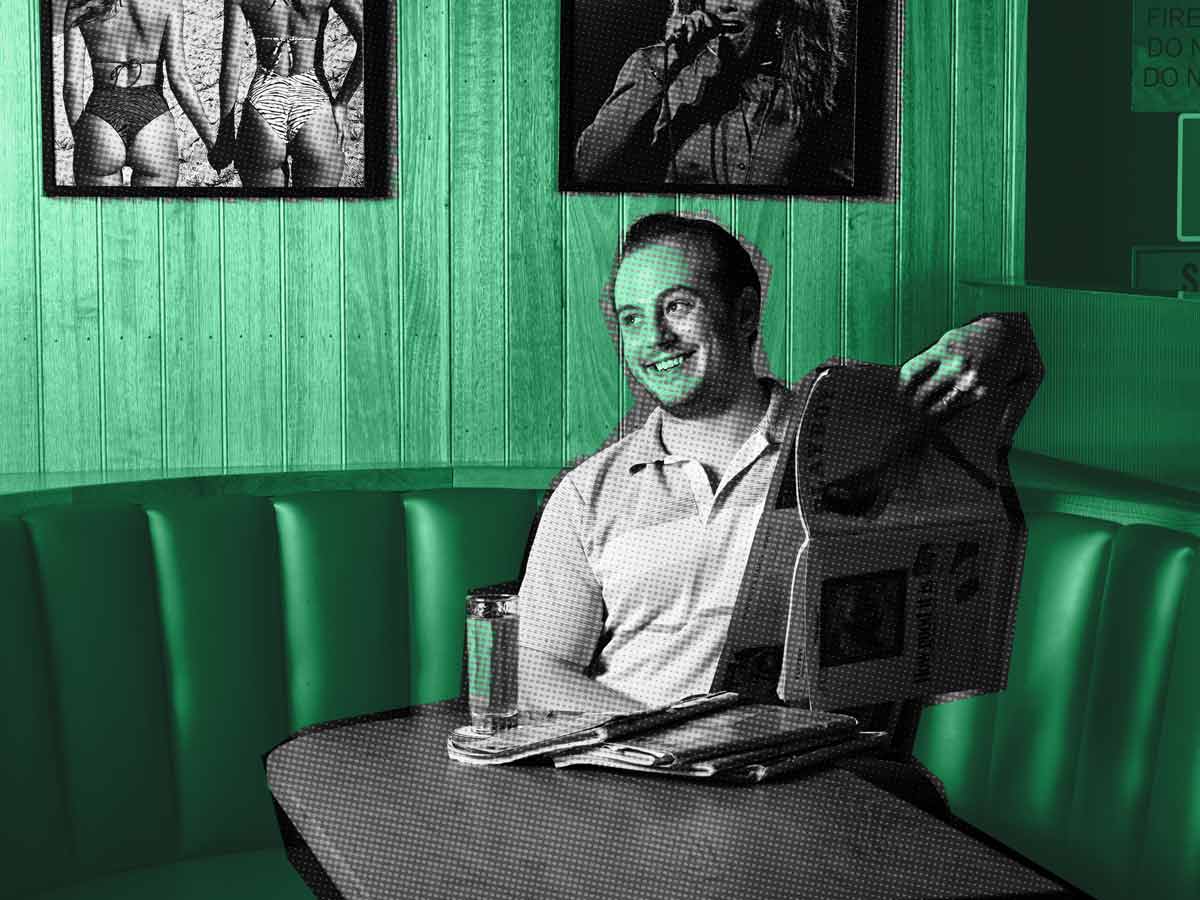