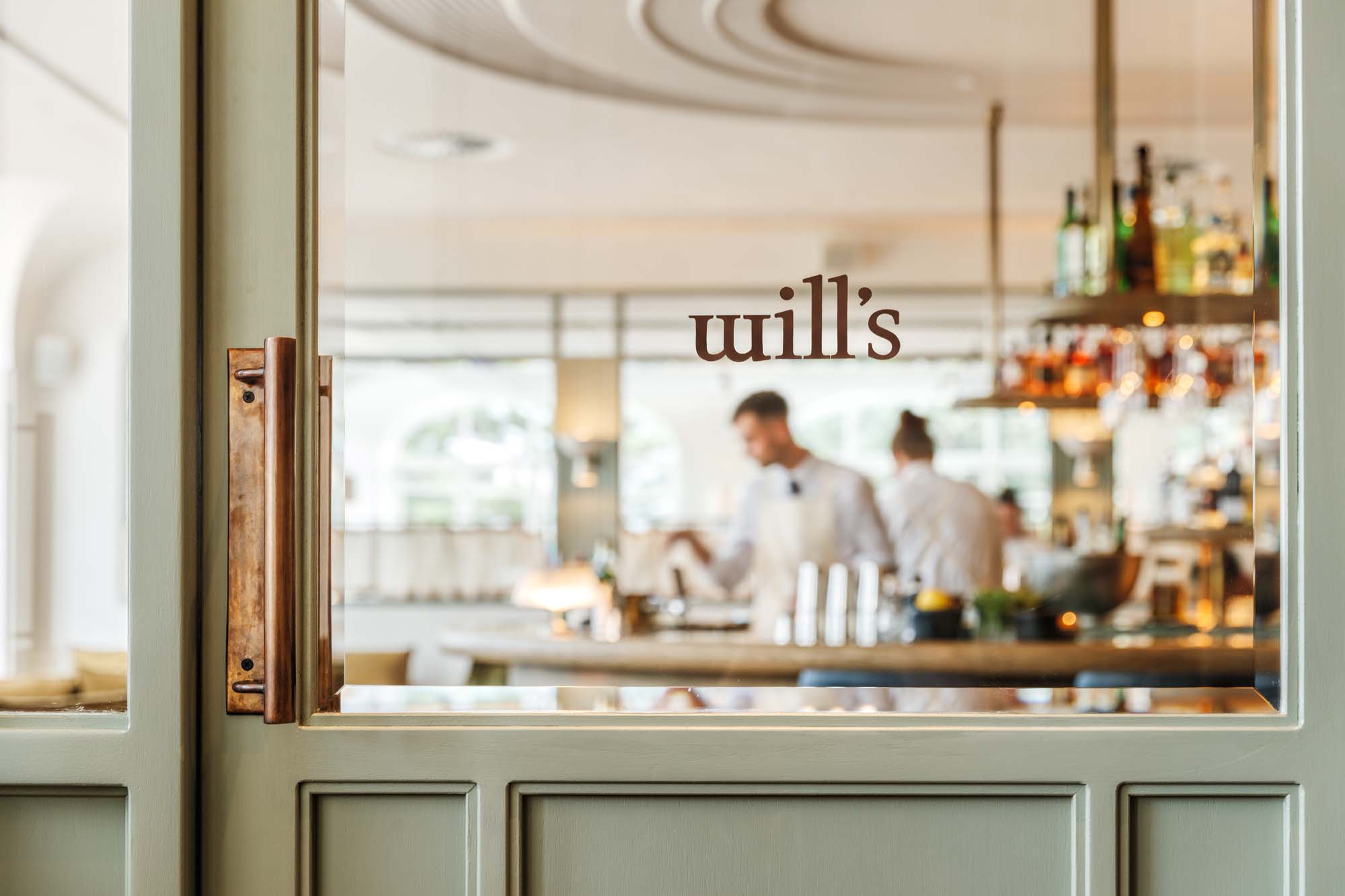 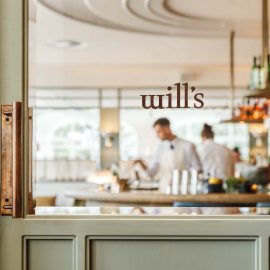 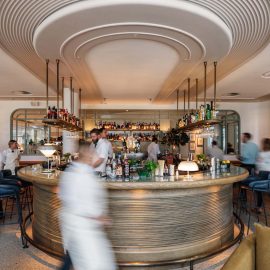 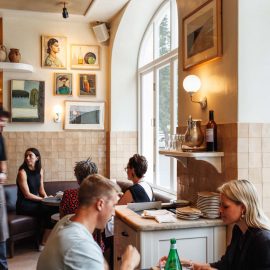 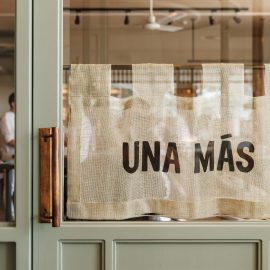 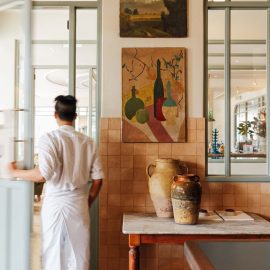 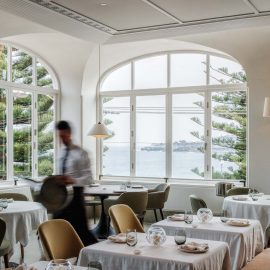 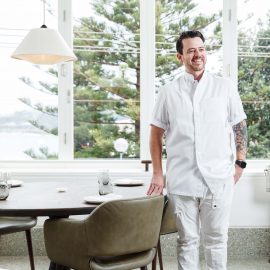 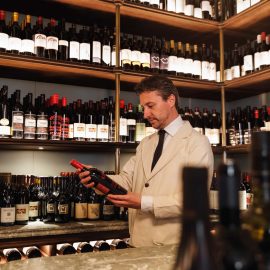 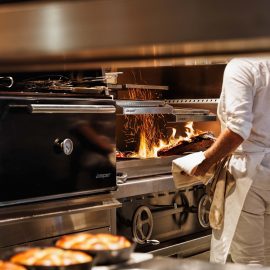 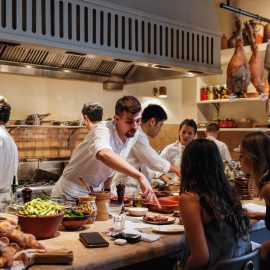 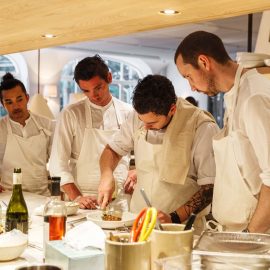 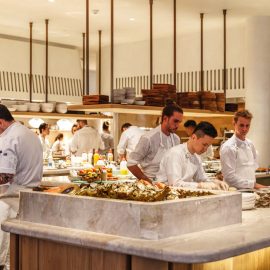 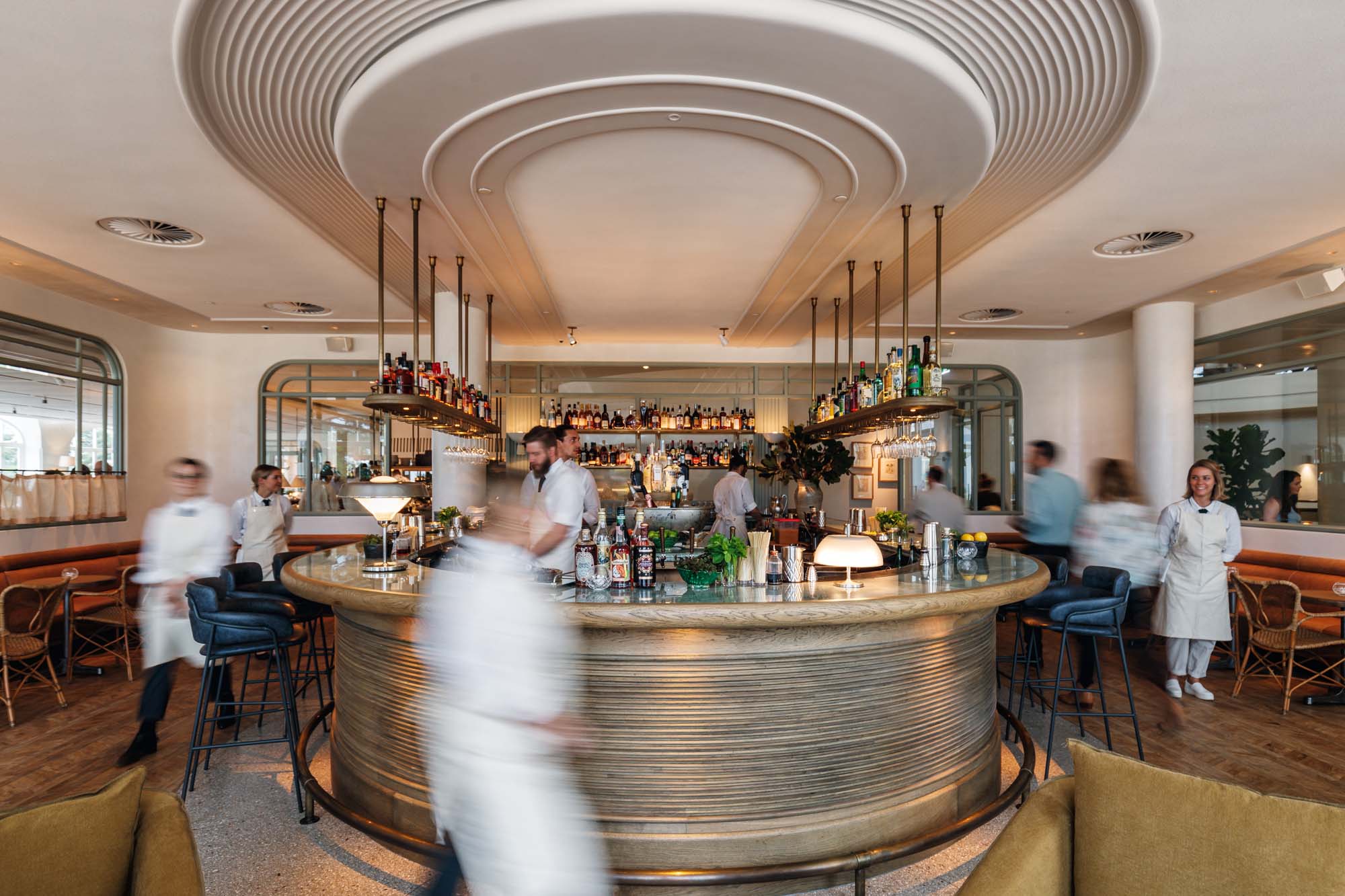 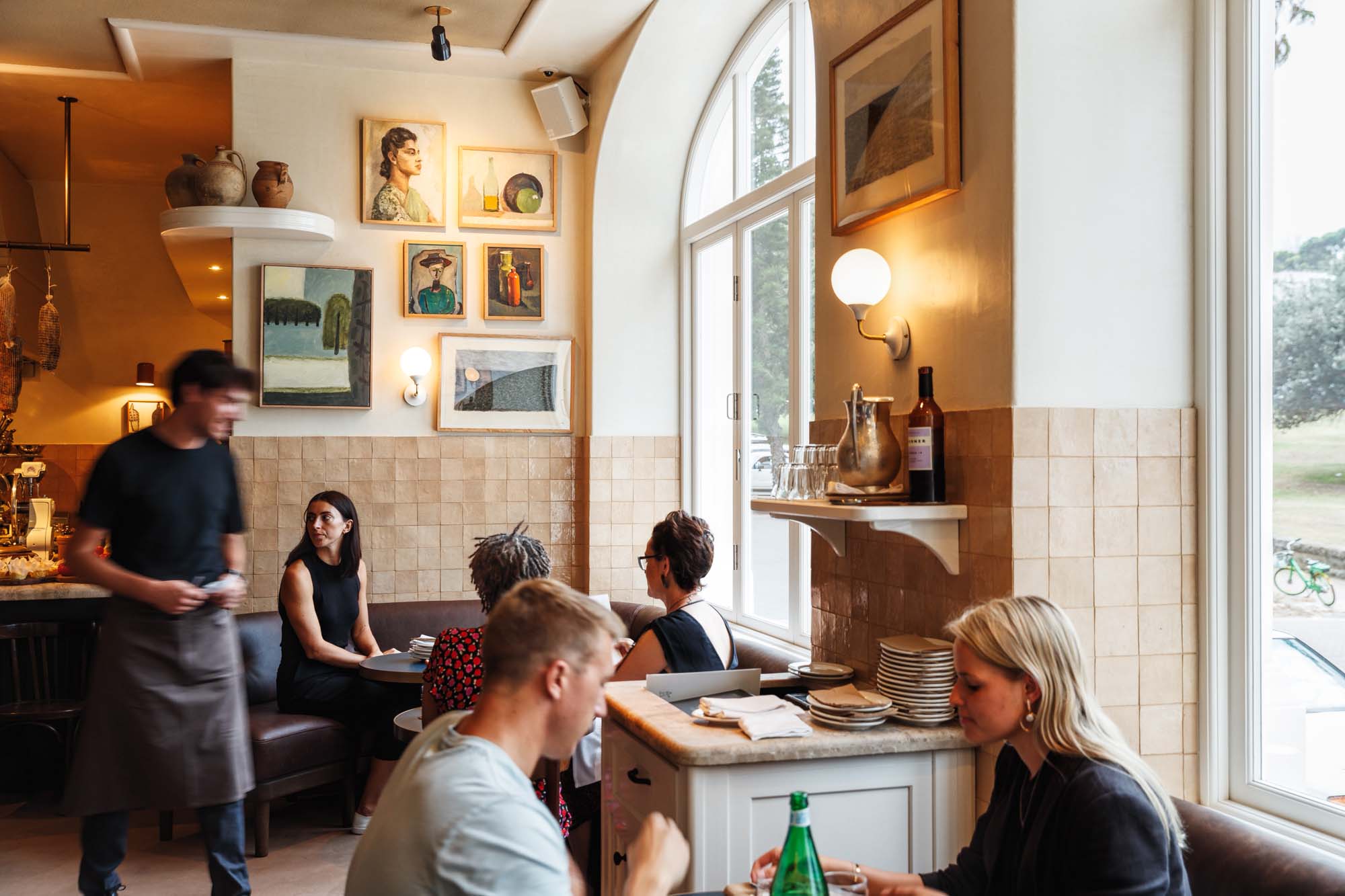 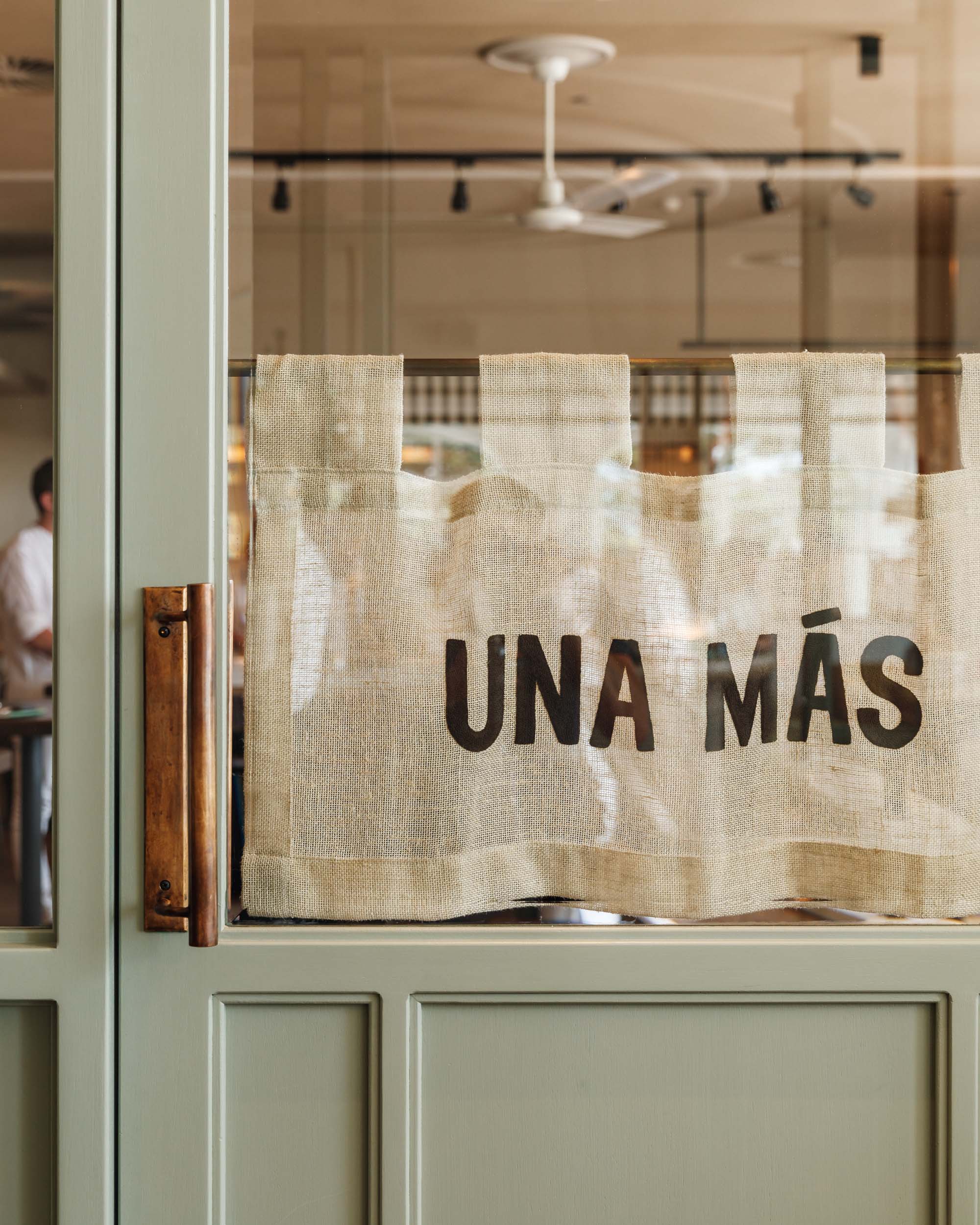 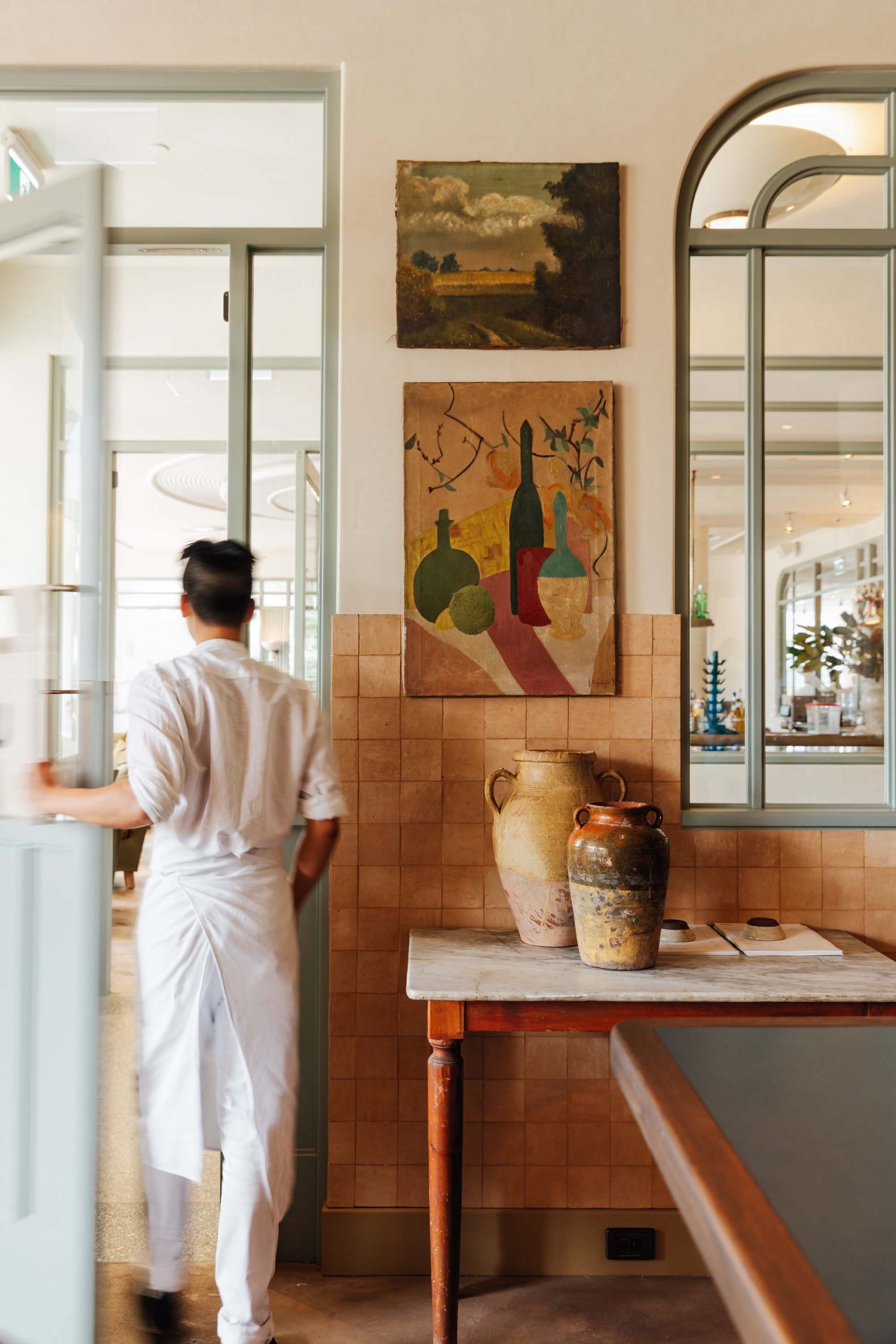 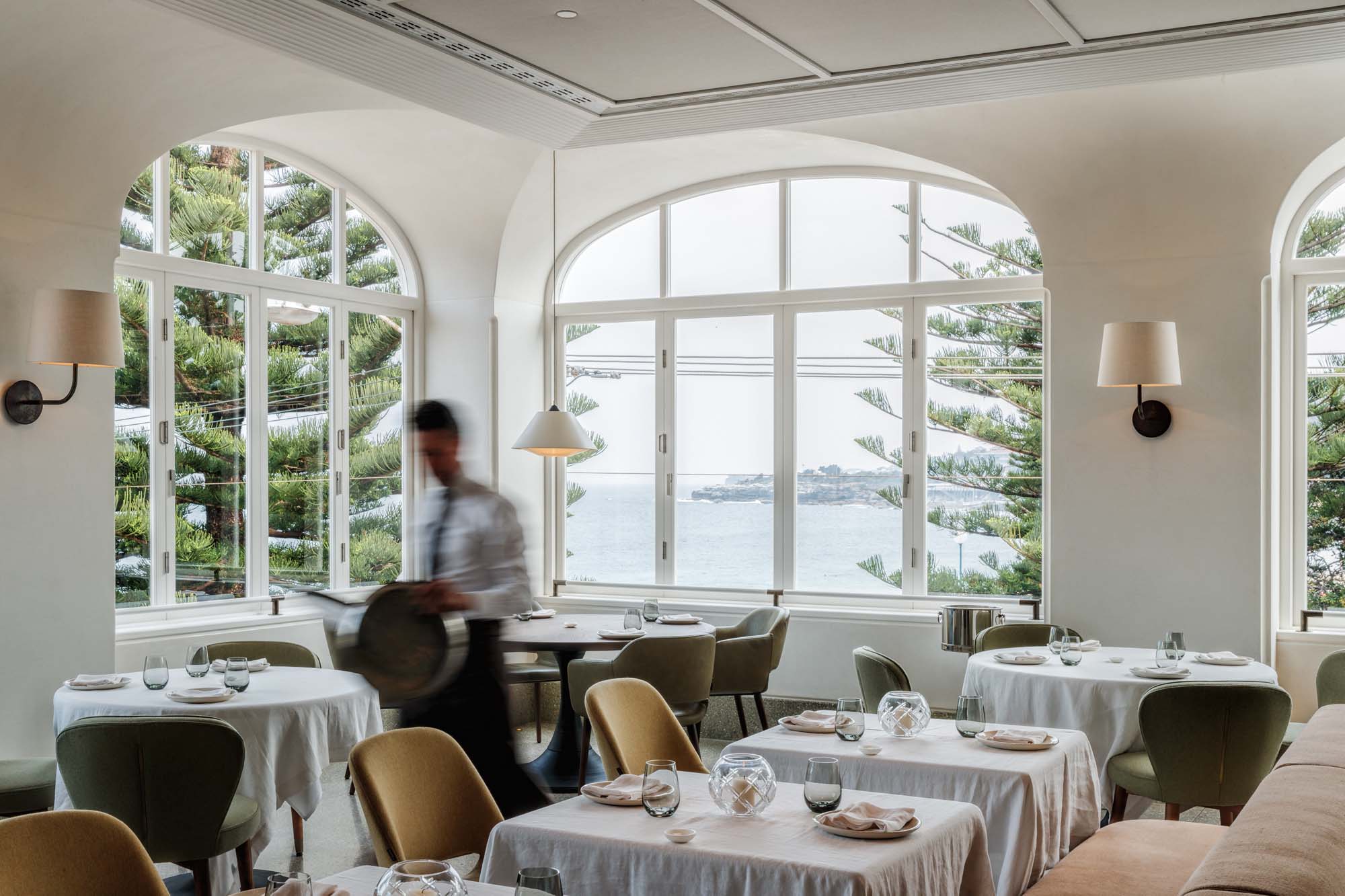 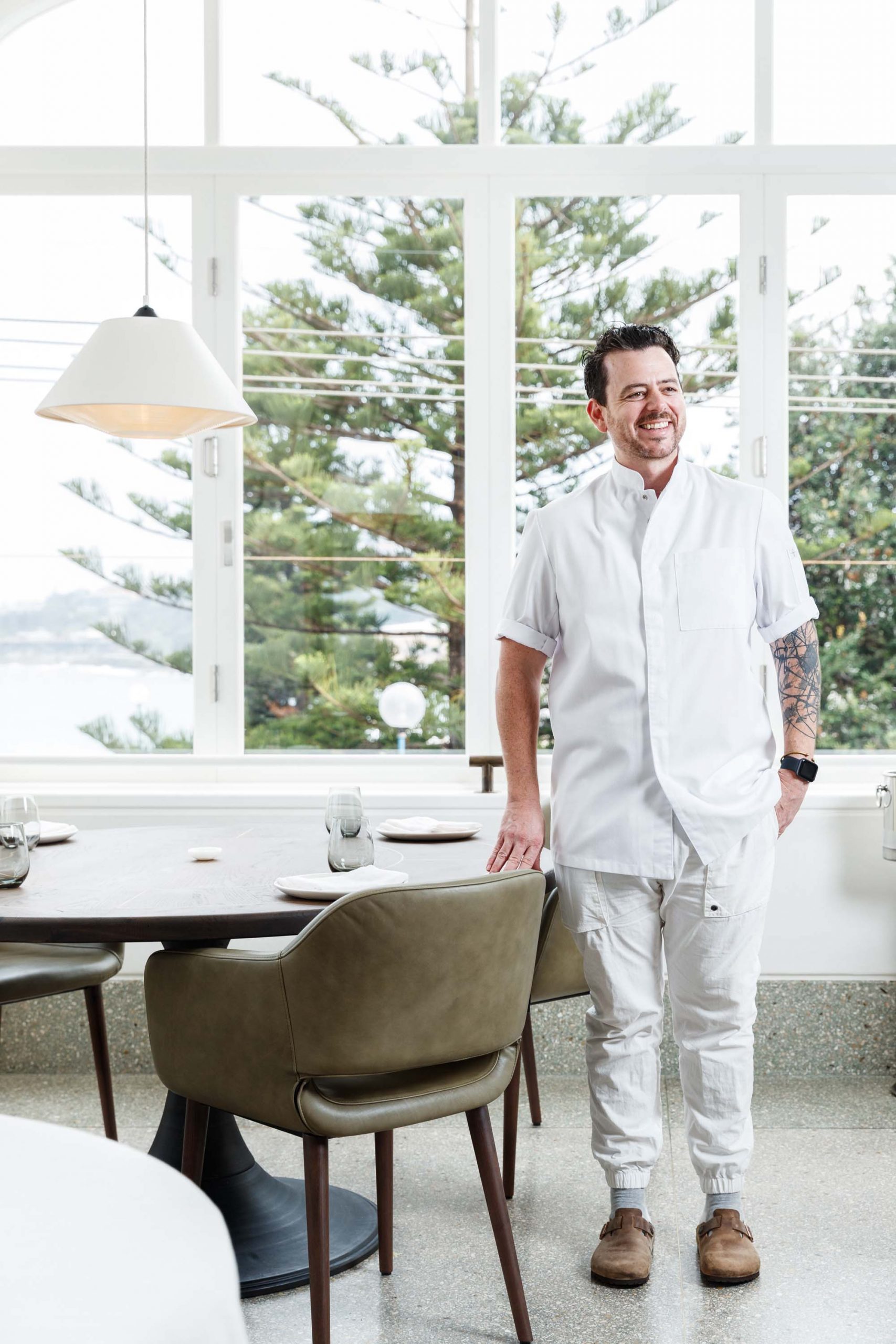 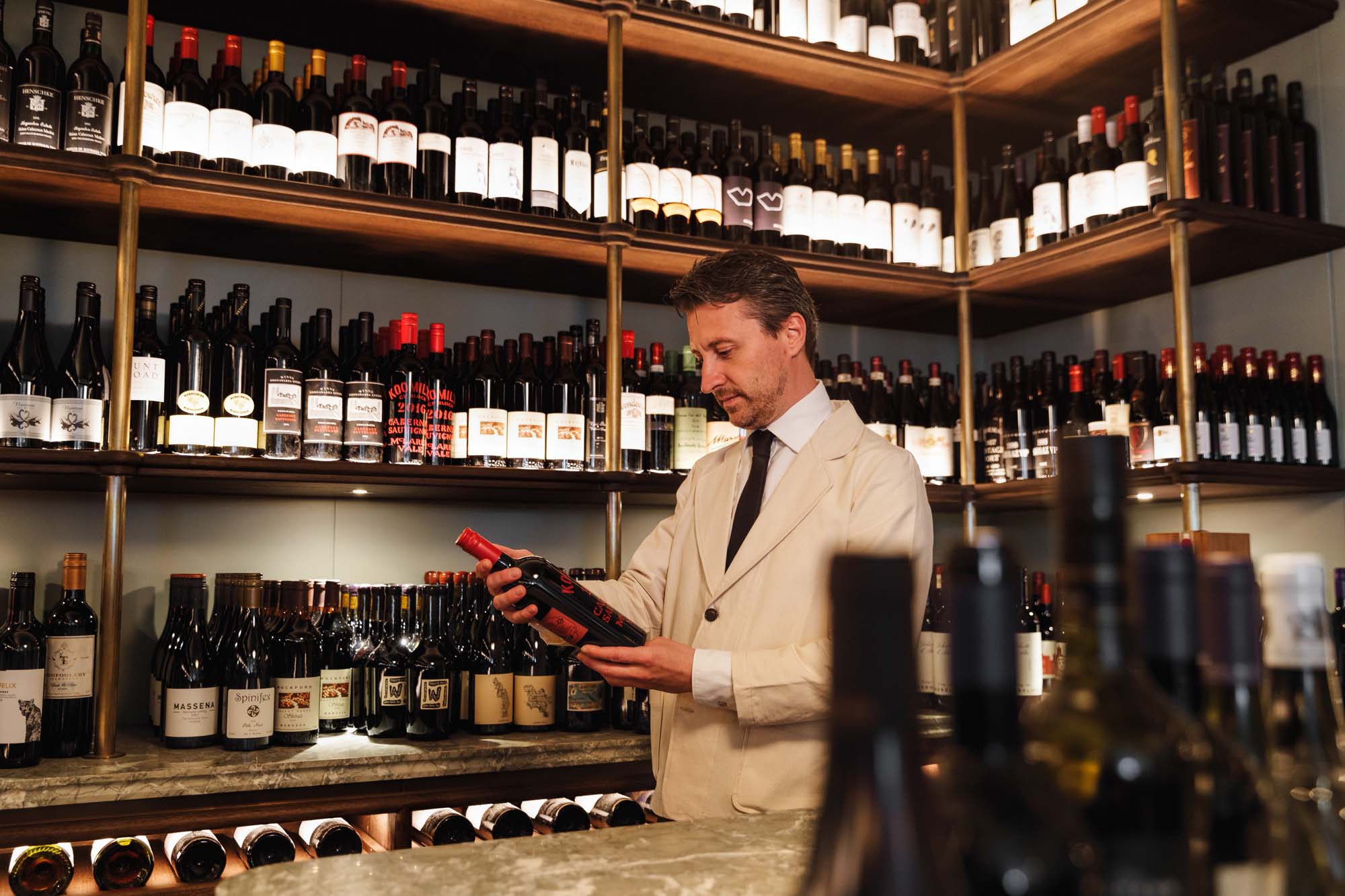 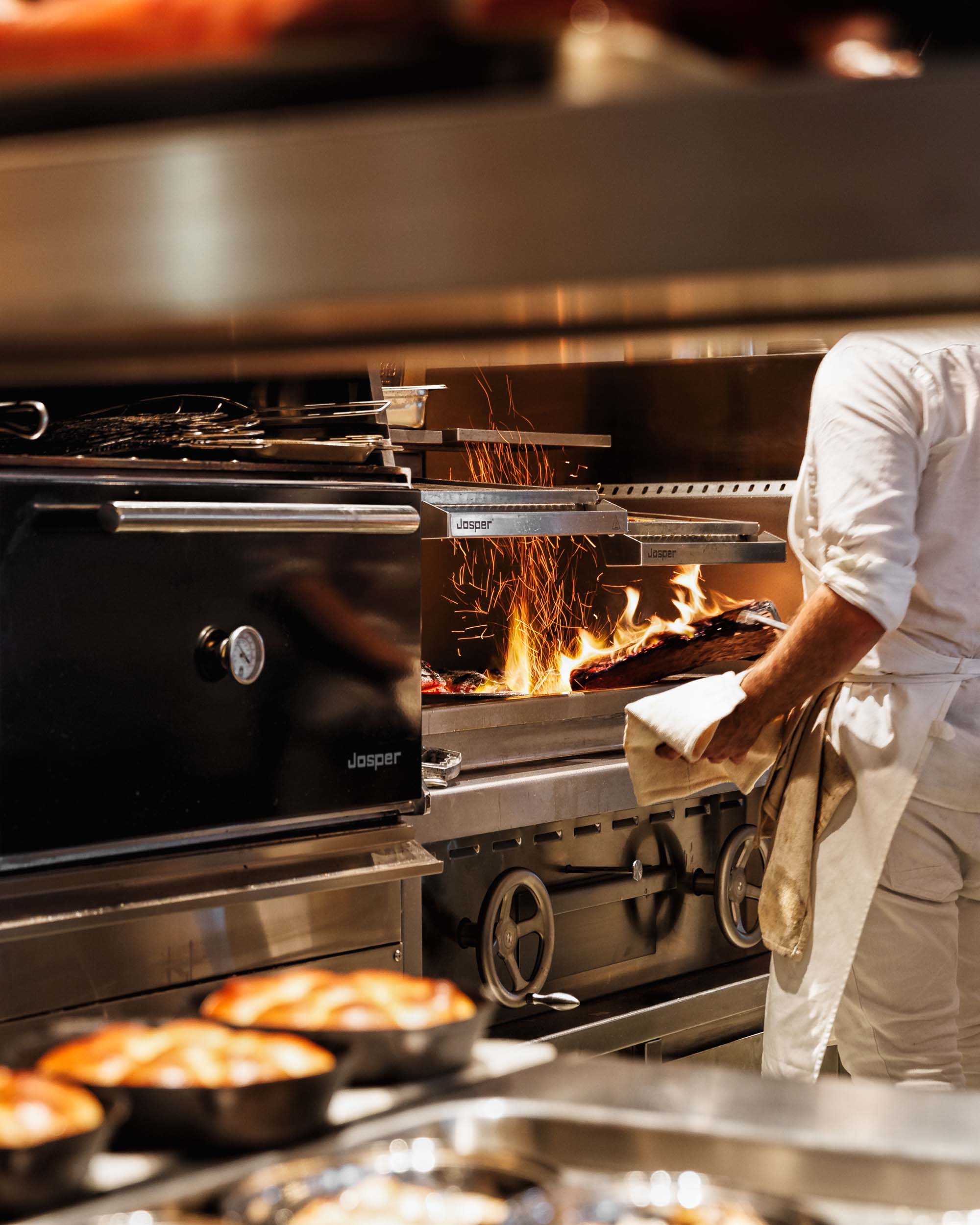 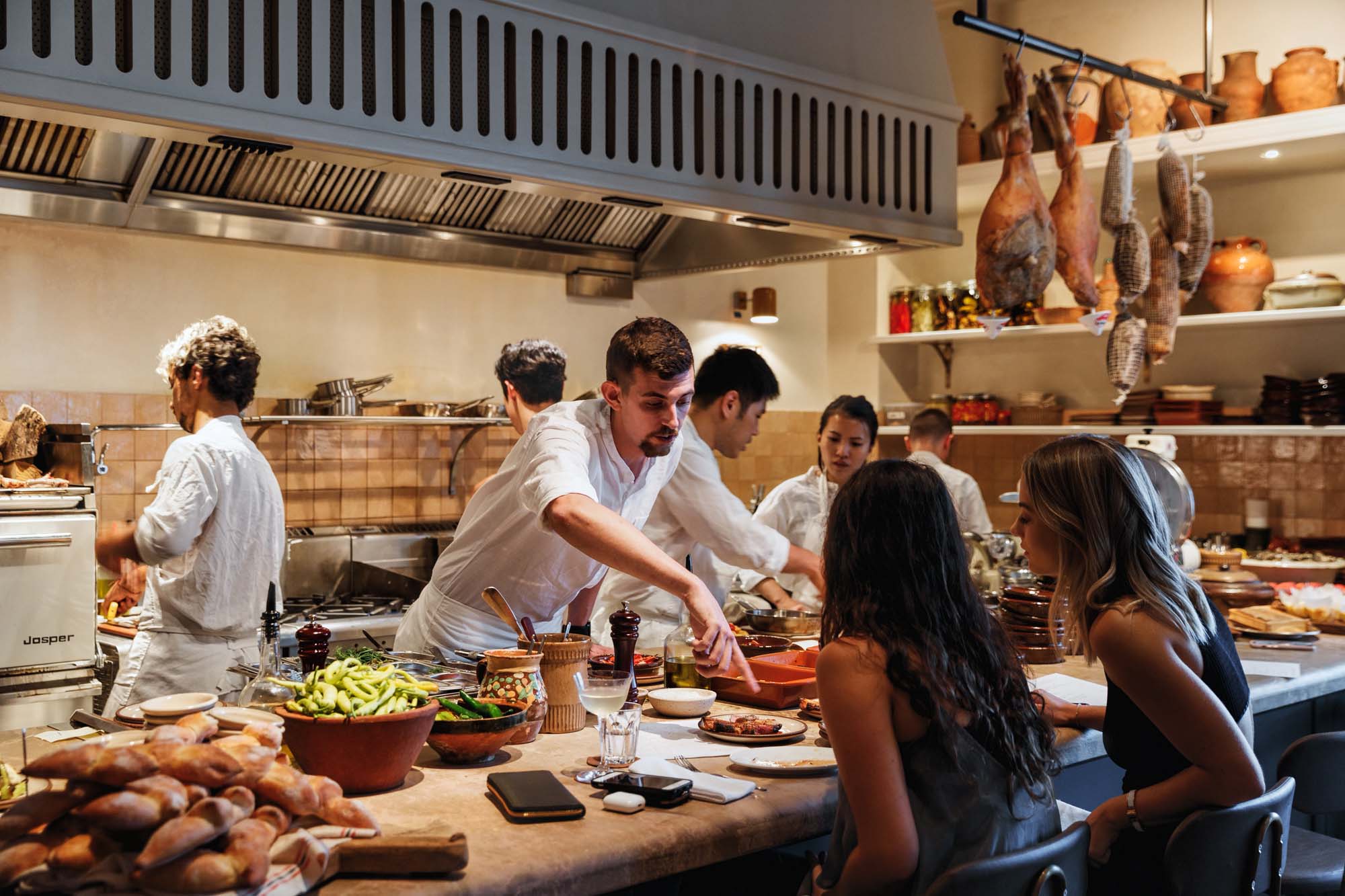 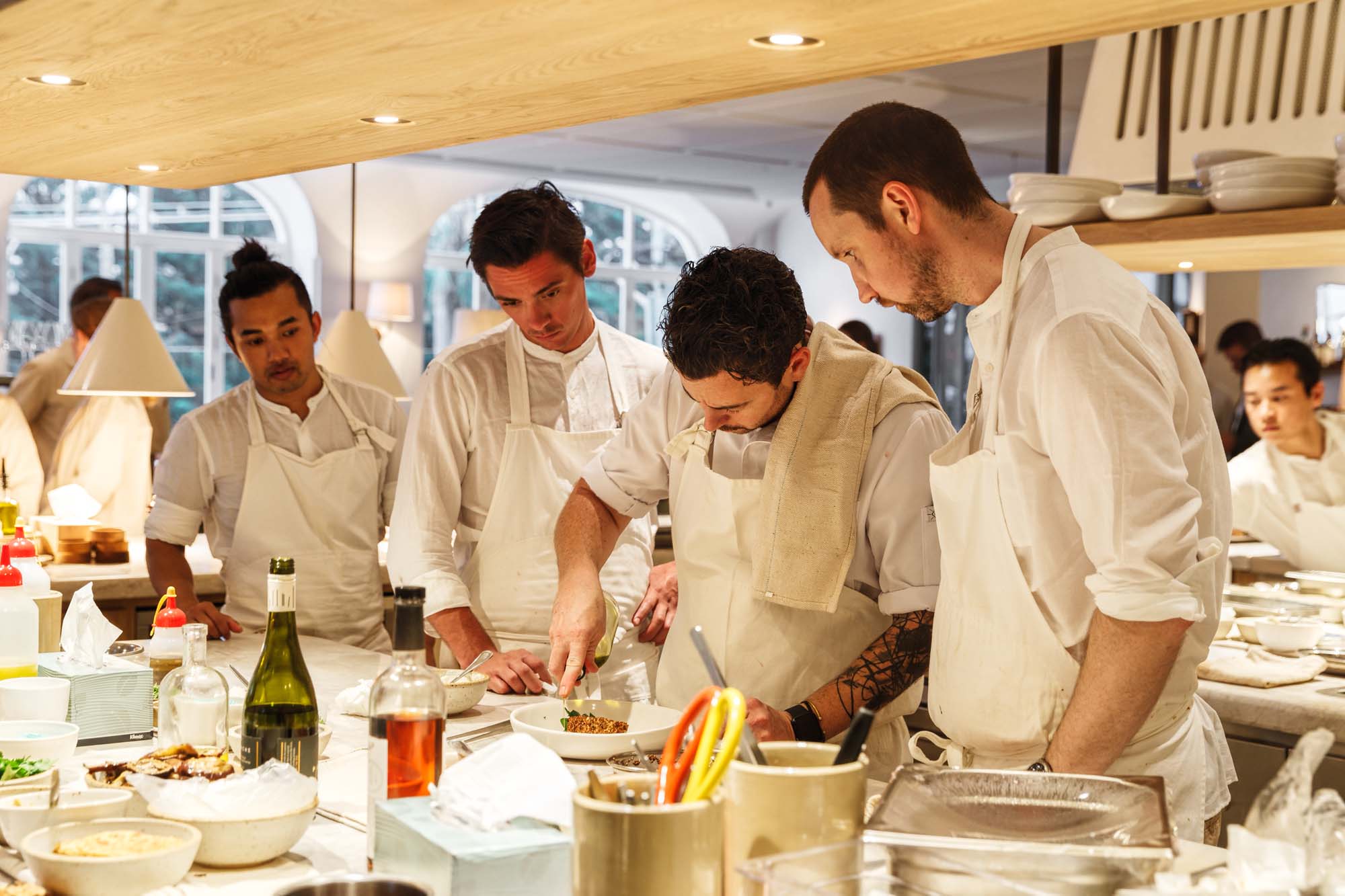 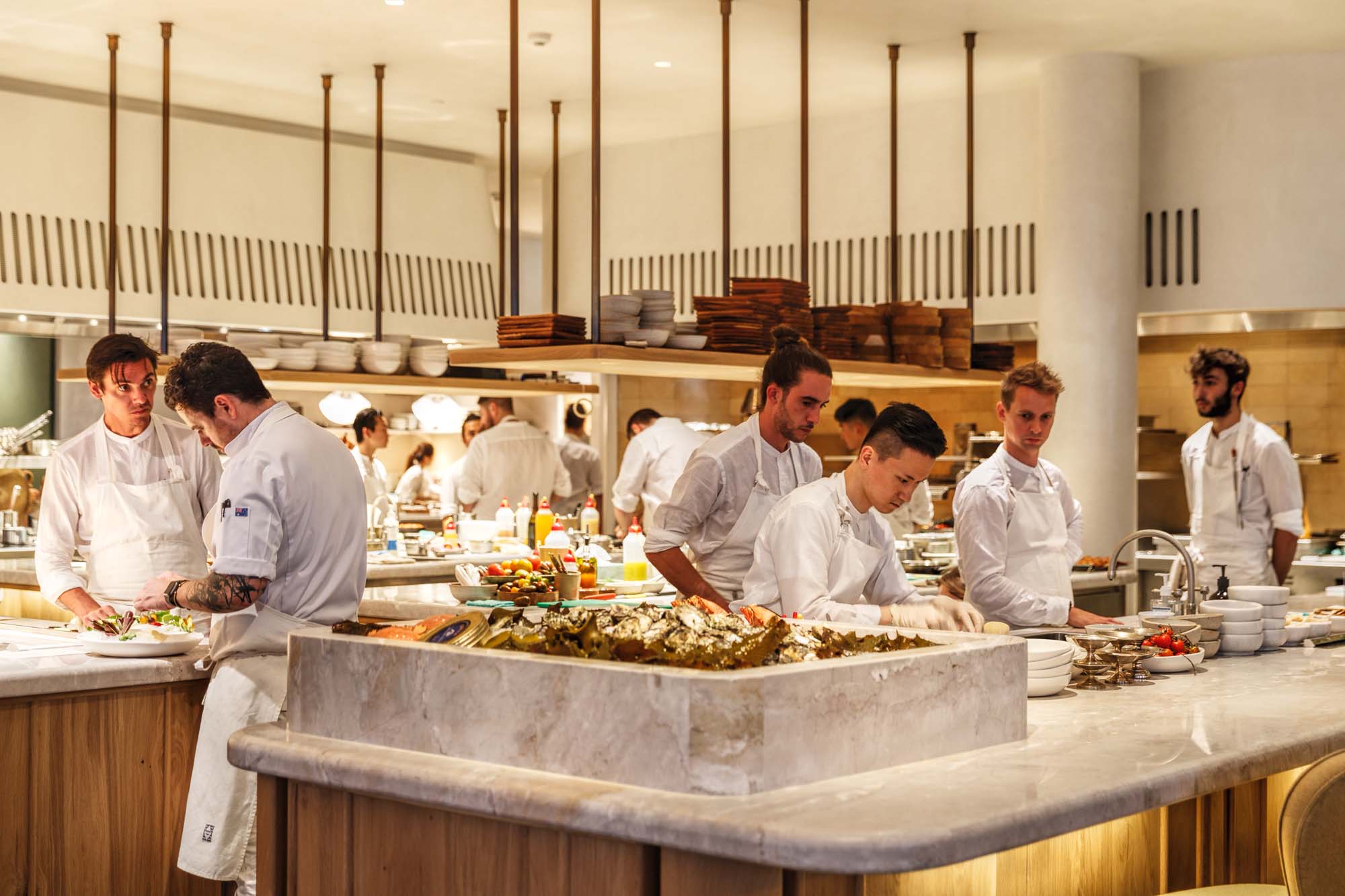 It has been a big week for Sydney hospitality group, Merivale. On Wednesday they threw open the doors to Bar Totti’s in the Sydney CBD; today they open up the middle level of Coogee Pavilion for the first time.

It has been some years in the making, with Merivale picking up the iconic Coogee site back in 2014. The middle level is now home to a restaurant, called Mimi’s; a wine and tapas bar called Una Más; and a cocktail bar, Will’s.

“Una Mas promises to be the best place to step off the beach with delicious food-friendly drinks focused around sherry, vermouth and madeira. Will’s brings re-imagined seasonal classics combining Mediterranean influence, local ingredients and coastal aesthetics. Mimi’s elevates the restaurant drinking occasion with the menu split into series: martini, sparkling, improved, geographic and vintage. With Ben Wainwright (Bert’s, Charlie Parker’s) and Luke Ashton (TMBTP) driving the beverage across the three spaces the drinks are up to the challenge laid out by the incredible work done by Justin, Bettina and the design team.”

Will’s holds 60 people, and is trading every day from midday until late. “With a license available ’til 3 am we intend to make the most of the weeks’ end,” says Egerton.

It’s something of a change of pace for Merivale’s cocktail bars, explains Egerton.

“All of our cocktail bars are either subterranean (Palmer & Co., Charlie Parker’s) or up flights of stairs or elevators (J&M, Hemmesphere),” he says. “Will’s beachside location and bi-fold windows bring the outside in. As well as being a wonderful complement to Mimi’s, Will’s intends to capture that essence. Beautiful, delicious drinks with one of the best views in the city to have a cocktail in hand.”

Take a look at the first photos of the middle level of Coogee Pavilion above.