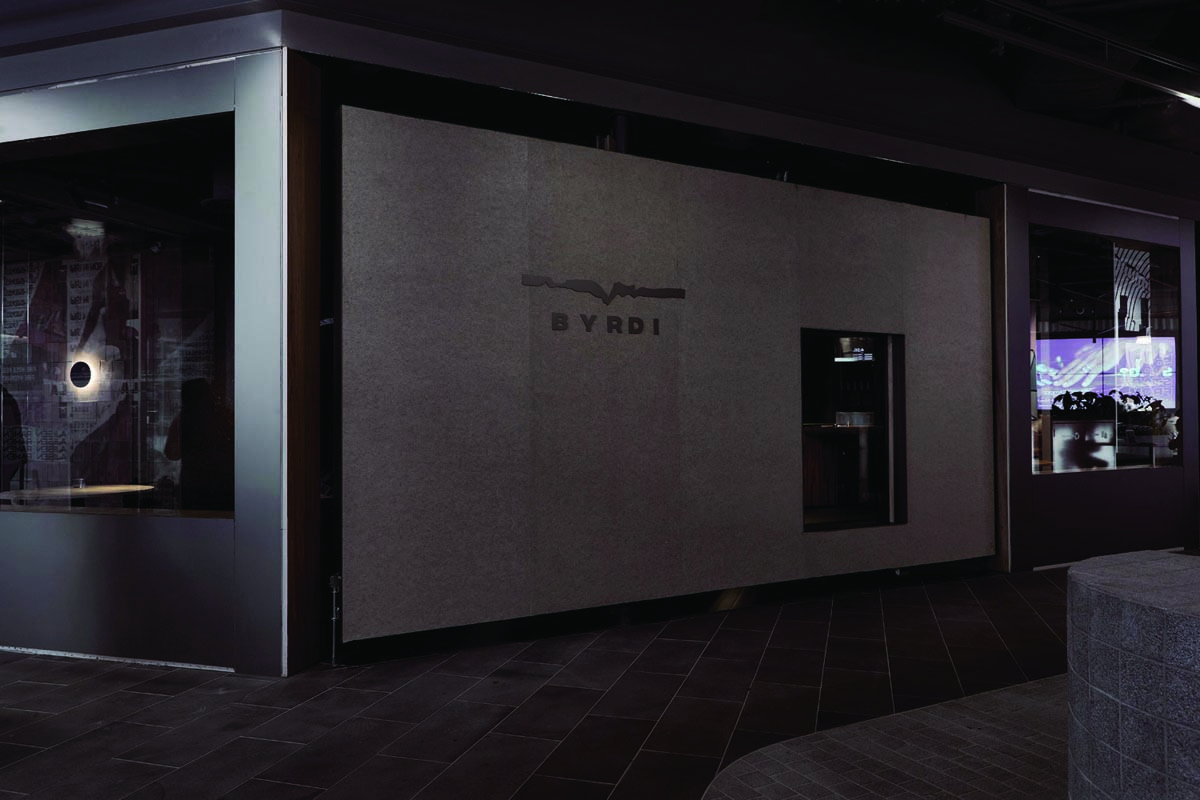 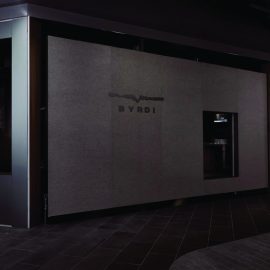 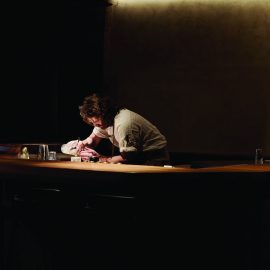 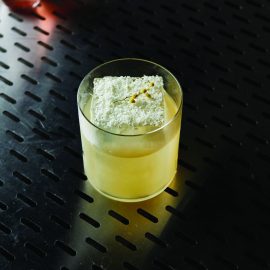 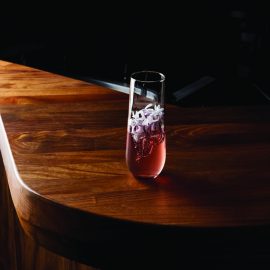 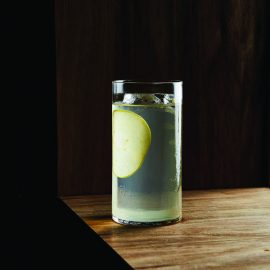 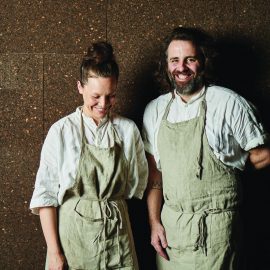 Byrdi is housed in a shopping centre of sorts in Melbourne Central — it’s a little disorienting at first, and perhaps that is because you don’t expect to find a world class, avant-garde cocktail bar here.. Photo: Supplied 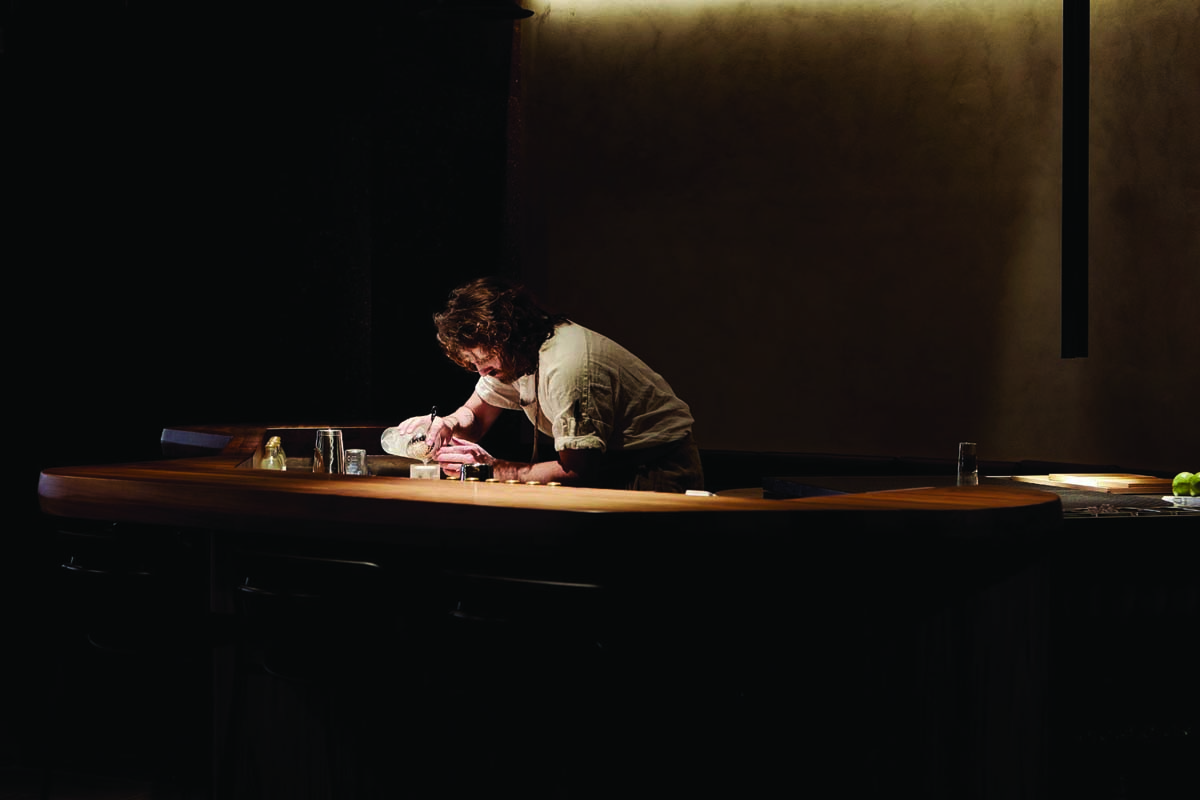 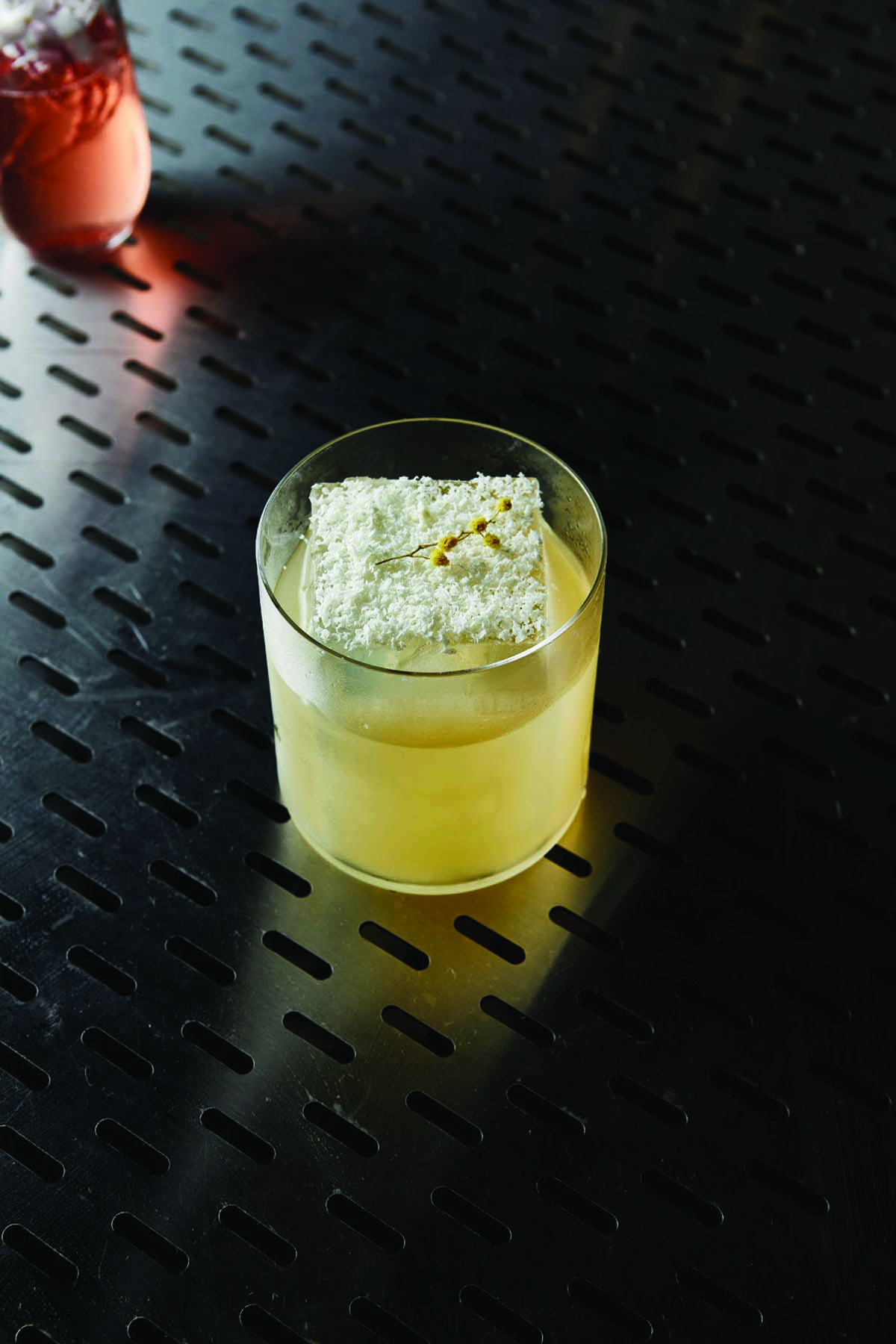 The Weis Bar lists lacto-fermented Northern Territory mangoes and a clarified milk from the micro-dairy Butterfly Factory in the Yarra Valley, made from the milk of a herd of Fleckvieh cattle. Photo: Supplied 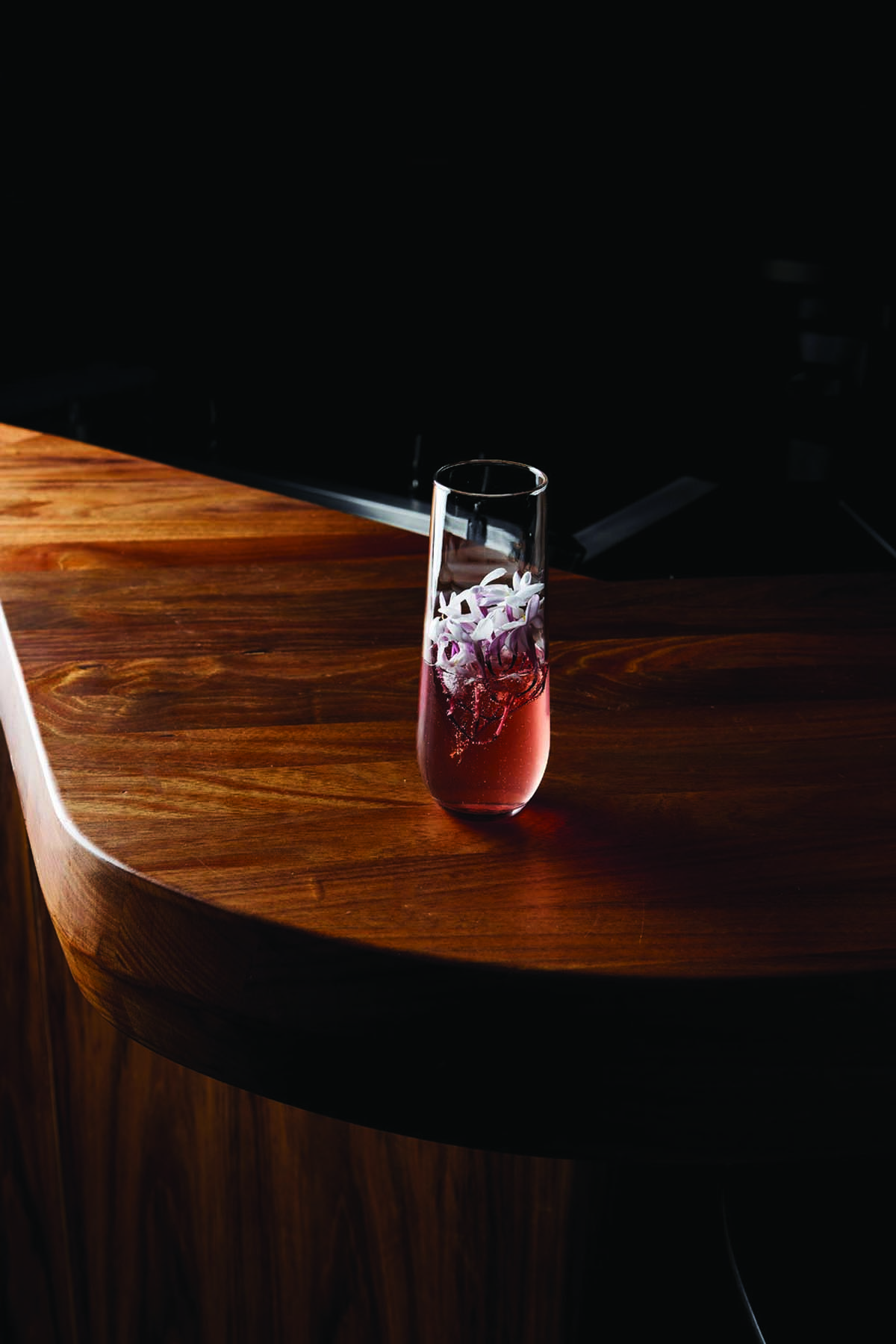 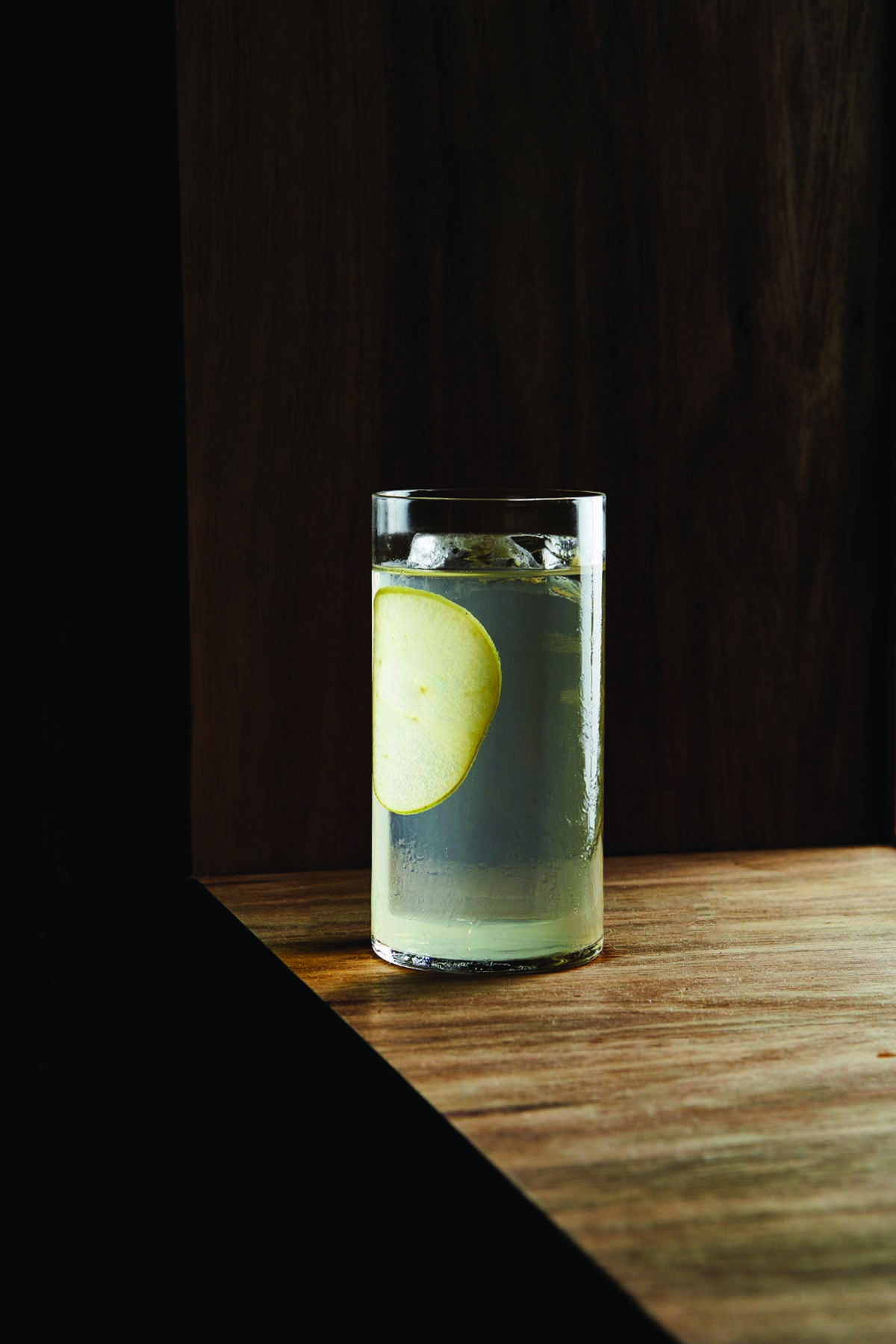 The Not Mezcal Highball. It doesn't contain any mezcal. Photo: Supplied 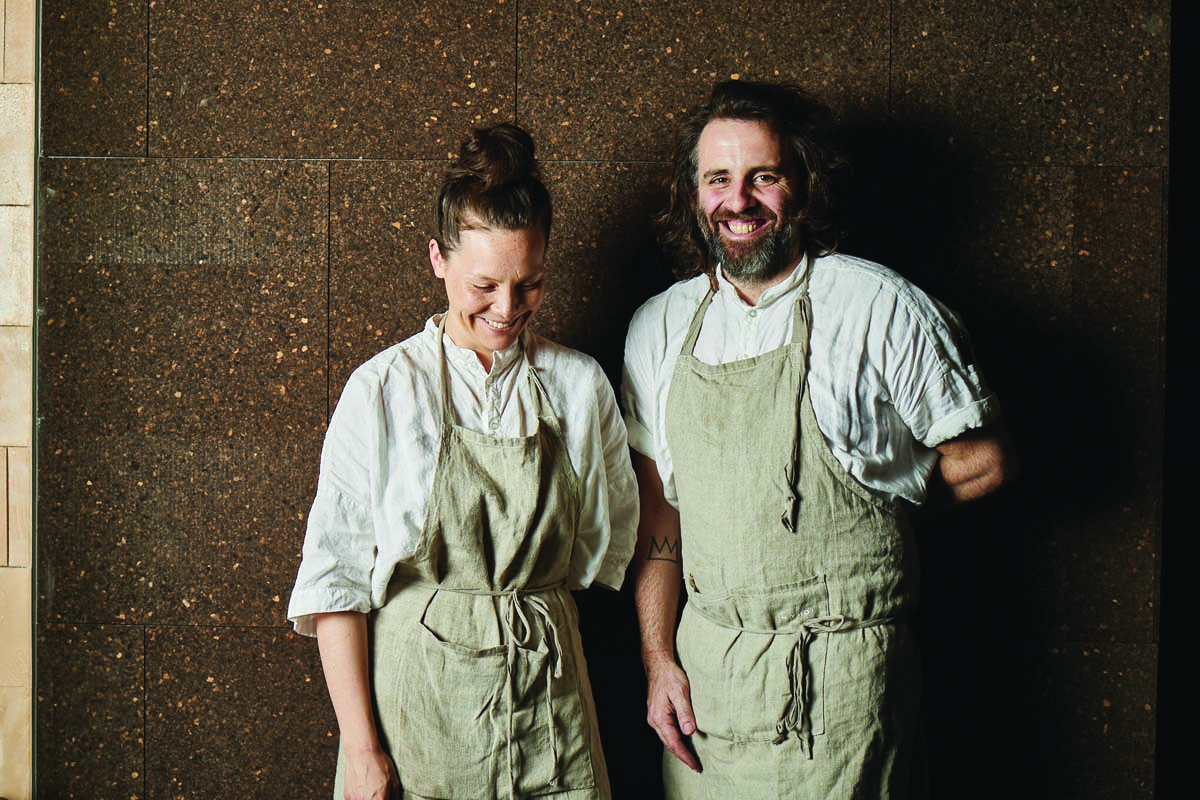 It takes a little work to find the place. Byrdi is housed in a shopping centre of sorts in Melbourne Central — it’s a little disorienting at first, and perhaps that is because you don’t expect to find a world class, avant-garde cocktail bar here.

But that’s exactly what you get. Byrdi is the work of the boundary-pushing Luke Whearty and his partner Aki Nishikura, and it has been a long time in the works — Whearty told us he was working on the project back in April of 2017.

You know Whearty, of course, as the former owner and driving force of Singapore bar Operation Dagger, a bar which has been a regular fixture on the World’s 50 Best Bars list. To get an idea of the kind of drinks Whearty produces it helps to know who he runs with: as we write this he’s just about to link up with Alex Kratena (Tayer and Elementary, London) and Matt Whiley (Scout, London and Scout Sydney) in Milan for the latest instalment of their Like Minded Creatures takeovers.

Whearty and Nishikura have also assembled some talented, like-minded creatures at Byrdi, too: Mark Leahy (ex-Black Pearl) and 2015 Bartender of the Year, Nathan Beasley can be found working the minimalist bar on any given evening.

To understand where Byrdi is going, it helps a little to understand where Whearty has been. After all, Byrdi is a homecoming of sorts for Whearty, who ran the bar at the influential and now defunct Melbourne bar, Matt Bax’s Der Raum, for a number of years. Whearty then moved to Singapore, where he ran the bar at the highly influential Tippling Club, and in 2014 he opened Operation Dagger.

Since then, Whearty has built an international reputation for himself and his bar with an innovative approach to drinks, regularly earning Operation Dagger a spot on the World’s 50 Best Bars list and taking out the title of Singapore’s most creative bar at the 2016 Singapore Bar Awards.

You’ll notice that the bar setup at Byrdi is a little different to most places: there are, much like it was at Operation Dagger, no booze brands viewable either on the menu nor the back bar — indeed, Byrdi eschews the current vogue for large, extensive back bars.

But who needs an extensive back bar when you have your very own lab, complete with rotary evaporators and all the tech a bartender could want?

It’s here where Whearty’s ideas are set free to run wild. Take the Not Mezcal drink from the bar’s debut menu, for example: the drink sits under the Highballs category on the list, with Whearty making a smoked pear distillate. Taste this distillate by itself, like we did, and we think you’d be hard-pressed not to pick it as mezcal (it’s also absolutely delicious).

After so many years in the city state of Singapore, in which anything edible has to be grown and come from somewhere else, it looks like Whearty is relishing the bountiful produce Australia offers. The debut list at the bar may not call out brands, but it does namecheck the provenance of the produce: the drink, Weis Bar, for instance, lists lacto-fermented Northern Territory mangoes and a clarified milk from the micro-dairy Butterfly Factory in the Yarra Valley, made from the milk of a herd of Fleckvieh cattle.

Clearly, Whearty is passionate about provenance.

And when you’re into provenance, you’ve got to work with the seasons like they do at Byrdi. That doesn’t mean that you won’t see a particular ingredient on the list at Byrdi when it is out of season, it’s just that they will have found a way to preserve that ingredient when it is in season: the debut menu, for instance, features a drink called the Now & Then 2.0, a Highball that employed in-season nettle with last summer’s fermented berries.

In addition to the cocktails and the highballs, Byrdi also has a trio of ferments on the list which they make: the Lilly Pilly, made with 30-day fermented Yarra Valley apple, riberry, red cabbage and hibiscus, will set you back $18 and give you some seriously flavourful bang for your buck.

Nishikura leads the kitchen side of things, and there’s a number of small dishes to accompany your drinks: expect the menu to change, but when we visit in October there were grilled lettuce hearts with pistachio and riberry vinegar on the menu, alongside dishes like tempura salt and vinegar green beans, and grilled Hervey Bay tiger prawns with garlic butter and finger lime.

The approach that Whearty takes isn’t for everyone; a drink with the word mushroom in its title is going to weird some people out. But you simply don’t get an experience this unique by setting out to catch everyone and anyone.

What Byrdi is doing is pushing the possibilities of using local produce to new heights, in a vein that is similar to Scout Sydney and Bulletin Place in terms of ethos, but one which is also distinctively Byrdi’s own.

It’s an approach that sees Byrdi already sitting pretty amongst the ranks of the best bars in Australia, and up there with the best in the world.

We’ve no doubt that 2020 will see Byrdi soar to great heights.

The Blend launches the BYRDI at Home Cocktail Collaboration Challenge!

The Blends of the Virtual World first LIVE Q&A with Luke Whearty, Owner of BYRDI