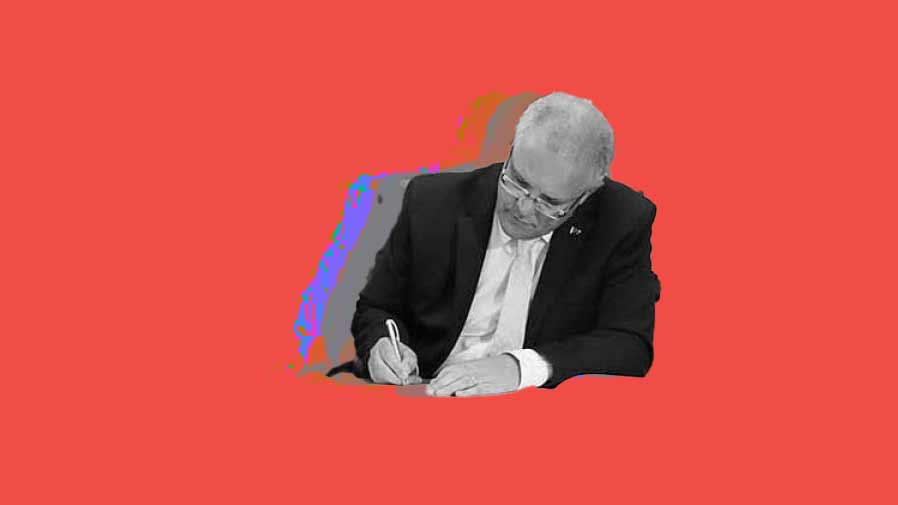 The Prime Minister Scott Morrison addressed the media at 9pm Sunday evening, following a meeting of the national cabinet.

The national cabinet decided on new rules relating to social gatherings, described as a stage one measure, which will see the closure, effective as of 12pm on Monday 23 March, of bars, pubs and clubs.

The premiers and chief ministers have agreed on the need to move to more widespread and stricter rules on social gatherings, the prime minister said. The measures, which the PM described as “very significant”, take effect nationwide.

The types of venues that will need to close in compliance with the new rules are: registered and licensed clubs, licensed areas in hotels and pubs (the venues themselves — accomodation is exempt). Off-licences within pubs will be excluded in these measures. They measures also mean that entertainment venues, casinos, and nightclubs must close.

Restaurants and cafes will be restricted to home deliveries and takeaways only.

The PM also indicated that the premiers and chief ministers on the national cabinet will be considering stage two restrictions, but is waiting to see how these current restrictions go.

The PM also indicated that these measures will be in place for months, not weeks.

“They are stage one and they will be reviewed on a monthly basis,” the PM said. “But once you start putting these sorts of arrangements in place we should have the expectation that they will remain in place for at least six months, if the health situation changes and enables us to reconsider those arrangements, then that can be reconsidered.”

You can read the full transcript of the PM’s statement here.

Earlier today, the PM and the federal treasurer, Josh Frydenberg, announced a raft of economic measures designed to keep people in work and to assist businesses in weathering the economic downturn.

The ones that apply to bars and bartenders:

For those who have lost their jobs, they are doubling the JobSeeker allowance, waiving the assets test and waiting periods. The move means those on JobSeeker (formerly NewStart) will receive more than $1,100 per fortnight. The income tests still apply, says Frydenberg. So sole traders and casuals who earn less than $1,075 a fortnight, will be eligible to receive the full coronavirus supplement, he said

All employing small businesses will receive at least $20,000, up to a cap of $100,000 says treasurer Josh Frydenberg, which is the “single largest measure in the second package.” They will automatically pay out through the tax office. The first payment will come through after the 28th of April, and no new forms will be required from small and medium businesses. It is aimed at keeping people employed.

The government is offering loans up to $250,000, with no repayments for the first six months and unsecured. “Go and talk to your bank about these new opportunities that are available,” says Frydenberg.

Flexibility in insolvency and bankruptcy laws: The threshold at which creditors can invoke insolvency laws will be raised from $2,000 to $20,000, with six months instead of 21 days to respond. Relief from personal liability for directors trading while insolvent, for six months, to get through this period.

You can read more about bars in the time of coronavirus here.