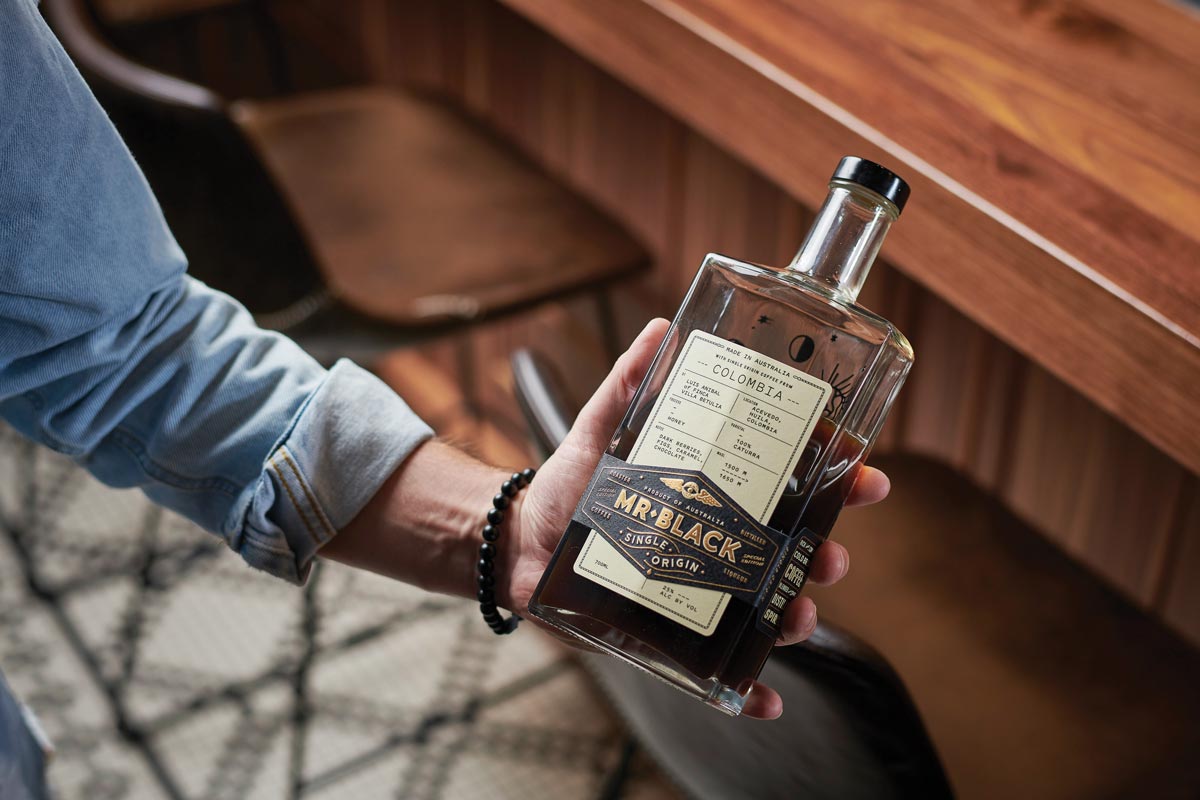 If you’re like most hospitality professionals, you worship coffee. And Australia has the most innovative coffee culture on earth, making it likely you’ve seen and tried a batch of single origin at your local specialty cafe.

Since launching in 2013, Mr Black has been on a mission to take Australia’s love for craft coffee into the night, and in keeping with this attitude they’ve launched a new Single Origin Coffee Liqueur. Tempting bartenders to re-think the role of coffee in the bar, Mr Black plans to showcase different flavour profiles with a range of special editions lined up highlighting coffee from a single origin.

“Everyone knows we are obsessed with coffee here at Mr Black. Our Single Origin allows us an opportunity to celebrate the terroir of top coffee growing regions from around the world,” says Mr Black co-founder, Tom Baker.

“Comparing a Colombian coffee to a Kenyan coffee is like comparing bourbon and scotch or Pinot and Shiraz. There’s a world of coffee out there to explore. Think of it as specific, rather than better. Like single malt versus blended or single vineyard versus a field blend. Each individual terroir has something to say.”

The recently released Single Origin Colombia highlights a “honey” processed coffee of the Caturra variety, sourced from Luis Anibal of Finca Villa Betulia, near Huila in Colombia. “Honey” refers to the sticky fruit flesh left on the coffee bean during drying, meaning the bean continues to extract sugars and flavours from the pulp.

Mr Black combines the Single Origin cold brew with Australian grain spirit and sugar in a liqueur that exhibits complex tasting notes of fig, caramel, dark berries and chocolate on the palette. This special edition represents the lighter side of the coffee spectrum when compared to Mr Black’s now ubiquitous Coffee Liqueur, which is renowned for its robust dark chocolate, caramel and citrus flavour.

According to Mr Black Global Coffee Ambassador Martin Hudak, this unique offering opens the door to stimulating new flavour combinations when it comes to coffee cocktails. “I’d encourage people to try it by itself first and pick up the complex aromas and flavours. That will likely inspire you to make a drink with complementary flavours – we’ve seen some incredibly creative drinks from adventurous bartenders.”