It has been a wild ride for Never Never Distilling Co. It wasn’t even three years ago that the trio of Sean Baxter, George Georgiadis, and Tim Boast launched the first of their gins onto the Australian market, the Never Never Distilling Co. Triple Juniper Gin. Since then they’ve expanded the range, introducing more gins and creating the Dark Series range (which has included an akvavit and an amaro). They’ve won awards along the way, and today you’ll find a bottle of their gin on the best back bars around the country.

They’ve also thrown open the doors to a new distillery in McLaren Vale in South Australia. Here, we hear from Baxter about the distillery, why they began the brand in the first place, and get their tips on starting a brand. 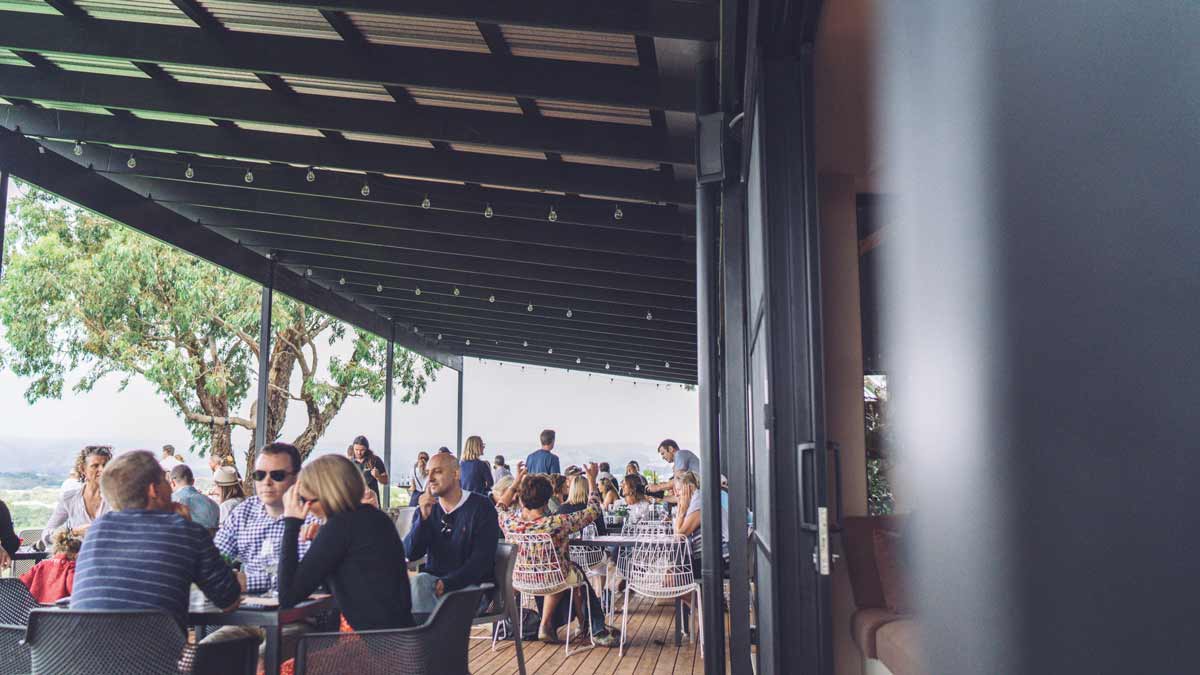 Tell us about your new distillery and the move you’ve made into McLaren Vale?
When we first rolled up the roller door at our first distillery space in Royal Park, a ‘tour’ of the site would take you less than 10 seconds. There wasn’t that much to see, it was only 16sqm, but it would give us the foothold we needed in order to hit the next summit. That’s a mountaineering metaphor coming from three blokes stuck in a shed most of the last three years, ironic.

Building a brand home was always on the cards, it allows us to not only showcase the spirits that define us but also the hospitality that we celebrate. It was always about growing the brand first so that we would have a fan base awaiting the distillery opening. We also simply didn’t have the experience when we first started, the last two years working with our brand has given us a lot of valuable insights.

It’s our ambition to use our facility to deliver tours, in-depth tastings and various masterclass experiences. We aspire to develop a solid tourism offering and become a ‘must see’ experience in the McLaren Vale region. 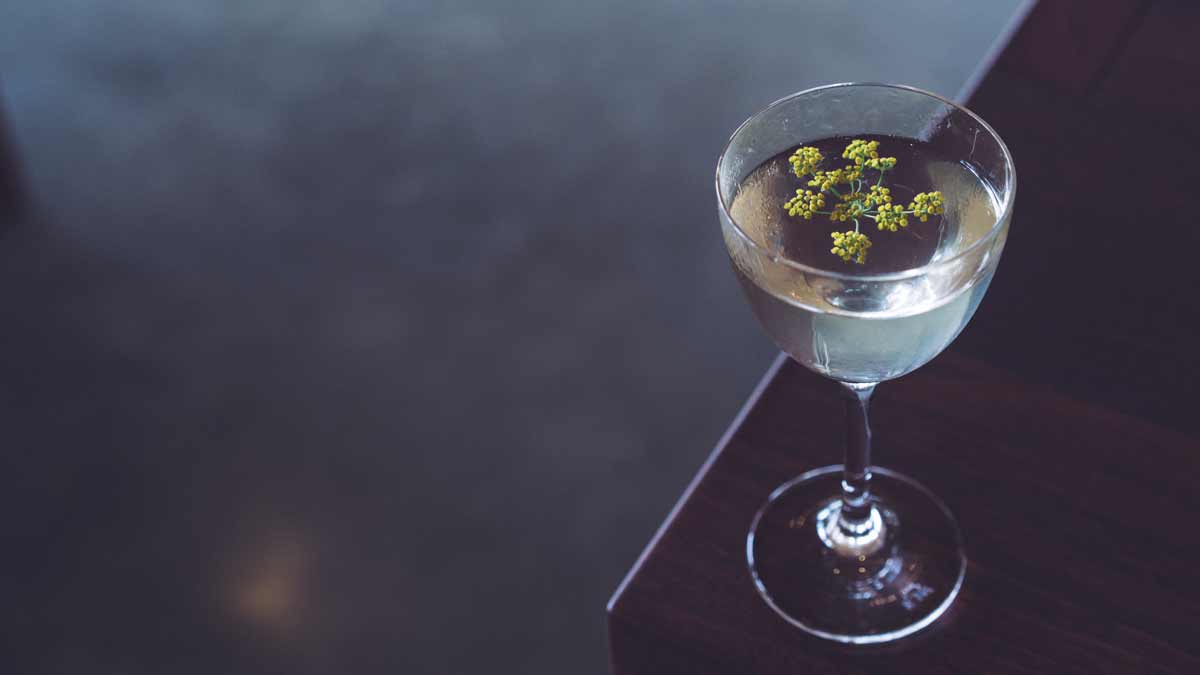 Why McLaren Vale? What were your motivations?
McLaren Vale is a really special part of the world with a combination of hills, vineyards and coast all situated together in very close proximity. It creates some of the most unique soil and climatic conditions in the world and brings with it a bevy of passionate food and wine lovers. In short, we want to get them onto gin. Shouldn’t be too hard after an afternoon on Shiraz.

McLaren Vale was always the place we wanted to build our brand home. When our label was first designed, we chose a representation of McLaren Vale as the main illustration, even though our first ‘vista’ was a pretty dodgy carpark behind Big Shed Brewing. When we signed our lease for our McLaren Vale site on Chalk Hill, we quickly realised that the view out the car window lined up with the hill line on the bottle. We’re definitely telling people we meant it.

What made you go into such a challenging industry?
We are passionate about not just making great spirit but also championing classic flavour through modern technique. We wanted to make a difference by celebrating juniper character in a market where it’s on trend to be fruit forward. You know that the industry has changed course when making your gin juniper forward makes you unique.

Beyond flavour decisions, we always knew that the path we had decided to take was always going to be daunting, especially considering we would be doing it on a shoestring. That’s why we made ‘Fearless Spirit’ our motto, so we had to stare at it every morning when we put on our brand t-shirts. It reminds us that if we are to be successful in this industry you have to be fearless. It also reminds us of how limited our wardrobes are and that black goes with everything.

What’s the typical offering at your new distillery space?
We will have a range of experiences on offer up the hill, all centred around the incredible tasting space and view. Guests will be invited to sample gin flights, take guided tours of the production space (it takes a little longer than 10 seconds these days), indulge is some amazing cocktails created by our Distillery Door General Manager Stewart Morrow or take in a masterclass. The site is also home to Chalk Hill Wine Bar and Vera Pizza Oztalia (VPO) so we will have an all-encompassing hospitality experience.

The climate has been throwing some curve balls our way? Has this affected you?
Anyone producing spirits should be concerned about the environmental implications of climate change. We all use agricultural products in our gins, everything from the raw materials of the base spirit to the flavour modifiers that enhance it. While we are lucky that most of the ingredients that we use are very sturdy (juniper has been around for about 250 million years), some are not. The Australian Pepper Berry that forms a significant part of our spice profile has a very short season that can be shortened even further through adverse weather. Thankfully we avoided the fires however our neighbours in adjoining wine regions were not so lucky. When you rely on global flavours to deliver classic character, you are at the mercy of these environmental changes. 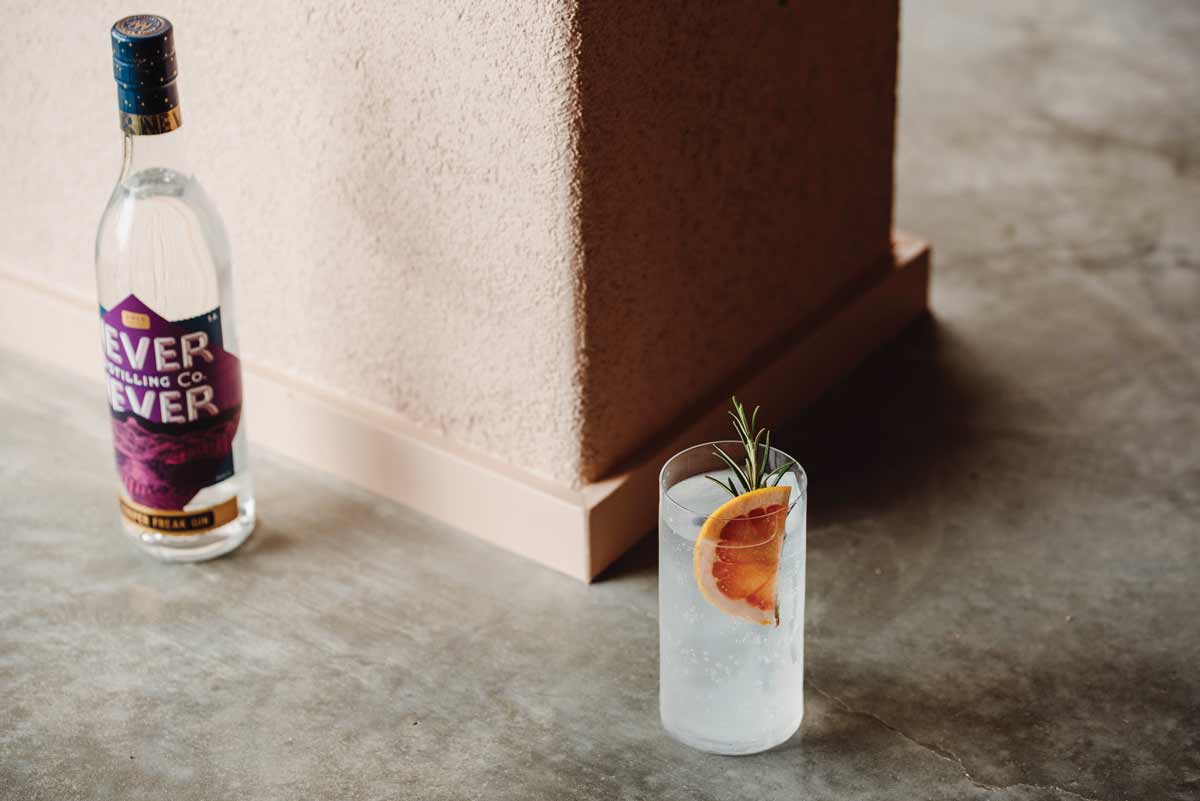 Tell us about your bottlings?
After eight months of R&D in 2017 we released our Triple Juniper Gin. It was this product that formed the foundation of every gin that we make. It’s made through processing our juniper in three distinct ways; steeping for the juniper 24 hours, then pot-distillation and then vapour-distillation. Each step effectively concentrates the juniper character more, resulting in a gin that is rich in modern classic flavour. This process is at the heart of every gin that we make.

The Southern Strength Gin followed after first releasing seven different batches within the Dark Series until we landed on the best combination of savoury flavours. Last year it won World’s Best Classic Gin at the World Gin Awards. I’m glad we took our time with it.

The Juniper Freak Gin was launched at Junipalooza 2017 and it was an immediate hit. It celebrates the juniper harvest and is Australia’s first vintage gin release. It’s like an Islay malt of the gin world, heavy and vivacious.

We followed up in 2018 with our Juniper Stomp Gin, a world first in gin production where we invite guests to stomp juniper with their feet before it’s later distilled. It is our only current Dark Series Gin (where both the Southern Strength and Juniper Freak first started).

We also make a few collaborative products such as our Stockholm Syndrome Aquavit, made with PS40, a bold Australian expression of Nordic style. There is our Black Juniper Amaro, a collaboration with Black Peal that utilises roasted juniper berries to create a dark, alpine-style amaro. There is also our Fancy Fruit Cup, made using Triple Juniper Gin, spices, earl grey tea and also Marionette Orange Curacao.

Why is that people are interested in the distillery door experience?
People are certainly more engaged about the products that they consume these days, especially when it comes to high value products made locally. They want to hear the stories of how it’s made, what’s in it and see where the money they invest is spent. For many people, the distillery experience is just as important as the final purchase, so we aim to be mindful of that when we are taking people through our guided tastings, tours and masterclasses.

What is the drink experience going to be on the hill?
From the outset we always wanted the cocktail experience to be outrageous. We invested in Chewy because he’s a weapon when it comes to drinks. His first iteration of the cocktail menu speaks volumes of who we are and what we love. We have list that heavily features spritz and bottled cocktails, not mention non-alcoholic cocktails to appease those drivers. The real highlight has been working closely with local producers and suppliers, who have contributed to over 90% of the list. We also tried to put as many puns in the menu as we can because quite frankly, what’s not to like about a decent pun. There’s a non-alcoholic cocktail on there featuring milk whey and honey and it’s called “Whey to beehave”. I mean, that’s a triple word score with two double letters. You can’t do better than that.

5 tips on starting your own brand