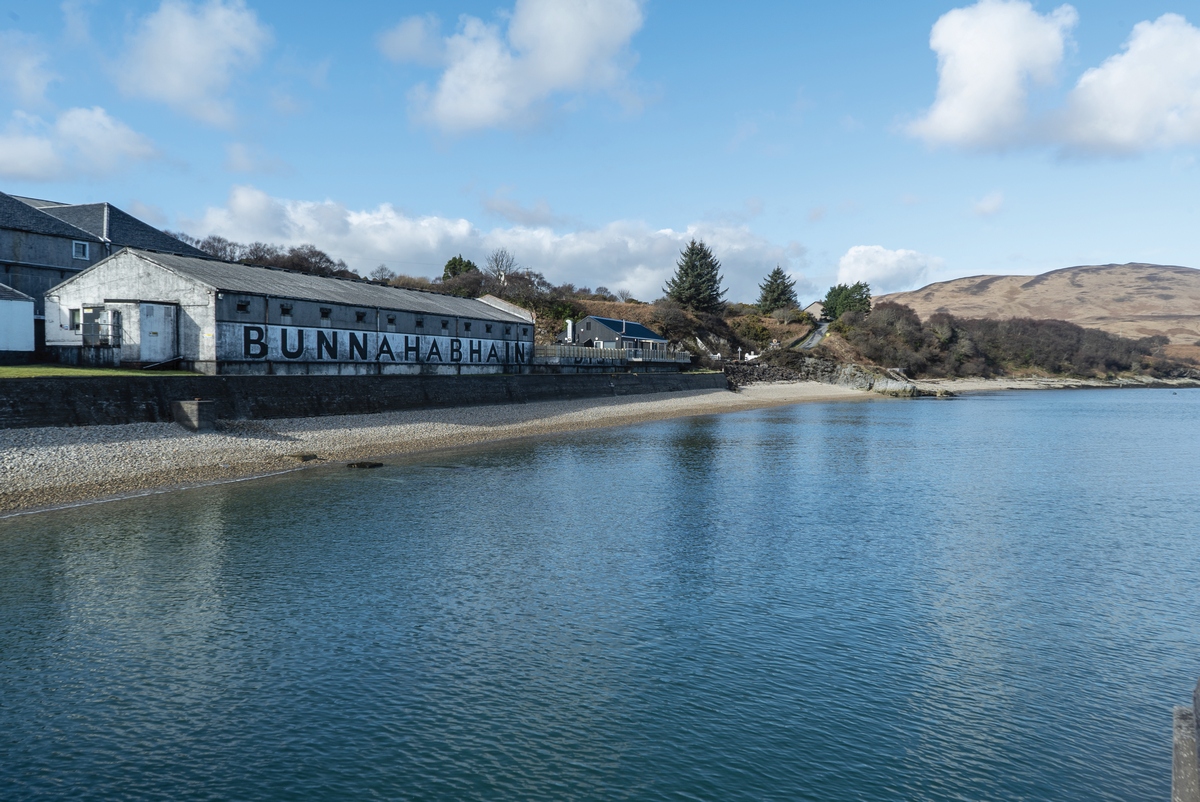 The road to Bunnahabhain isn’t what you’d expect from a road that is responsible for supplying one of the world’s great whisky distilleries. It isn’t particularly wide. There is room for but one car at a time. The road winds around bends, cutting through bog marshes and farming land and tracing the Islay Sound, up and downhill. A sweep around a bend, a quick descent down the hill, and you’ve arrived.

It’s beautiful. You can see snow on the mountains across the Sound on the Isle of Jura. There’s a long pier that juts out into the water; on the day we visit we spot a solitary seal swimming about and eyeing the shore. 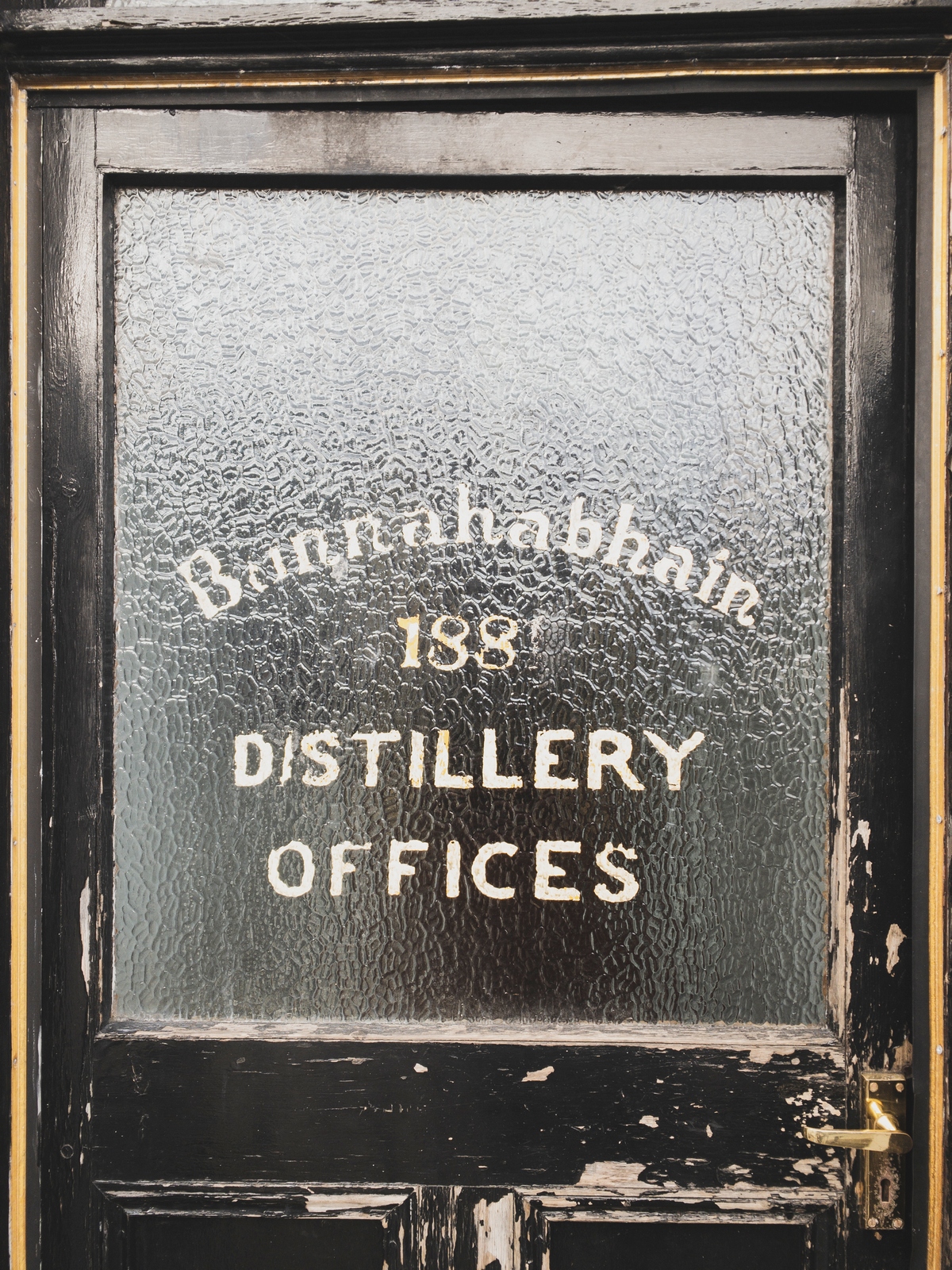 Bunnahabhain means ‘mouth of the river’ in Gaelic, and it stands betwixt the Margadale River and the Islay Sound. The distillery only received a road to its gate in 1960; before then, the only way to receive supplies had been by boat. These days the only supplies arriving at the pier is the odd high roller on a yacht.

First, let’s clear up the pronunciation: if you say it ‘Bunn-na-ha-venn’ you’ll be doing just fine. It gets a little easier, we find, after a dram or three.

Bunnahabhain is known for being an unpeated malt on an island of smoke, but they do make some peated spirit. Our guide — who took us on a tour and tasting of warehouse number nine, which is the old malting house and one of the original buildings on the site — said that for their unpeated whisky, they’ll take their new make from a middle cut between 72 and 64 percent alcohol. Whereas for the peated spirit, most years the run for this is just seven or eight weeks, and then the middle cut goes down to 61.5 percent ABV. The reason for this, they say, is that it is down in the lower percentages where you find the the phenols responsible for the peaty character of peated whisky. 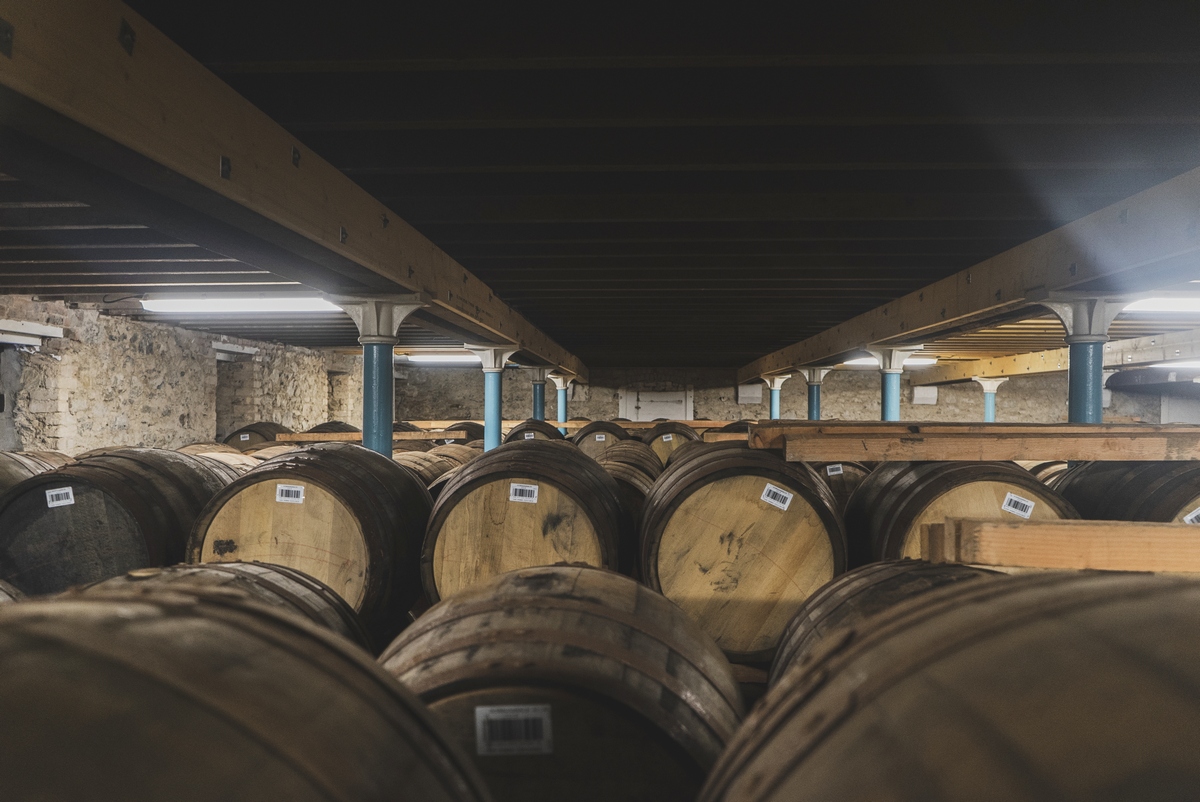 They used to use mostly bourbon barrels for maturation, but over the last few years they are now filling more sherry casks than they are bourbon casks. In fact the core range comprises whiskies that are either predominantly sherry cask or all-sherry casked whisky.
When it comes to the making of the whisky, they employ a Porteus mill to grind the barley into grist for mashing, before it is fermented in six Oregon pine wash backs, each of which is 66,500 litres in size.

Part of the light and delicate character of Bunnahabhain comes from the fact that they use the tallest stills on Islay for distillation with longer than usual swan necks.
All Bunnahabhain whiskies are today bottled without chill filtering, at a strength of 46.3 percent ABV. 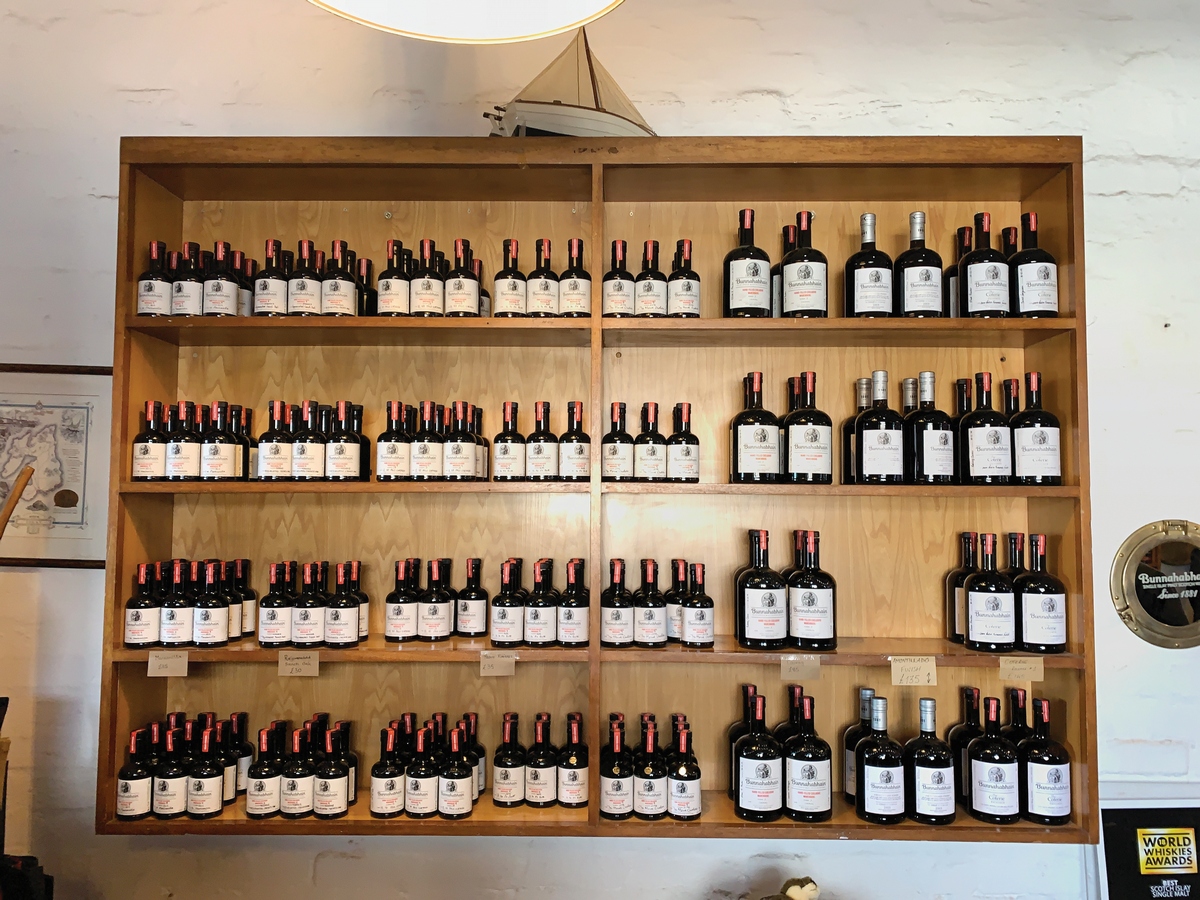 The whiskies The core range consists of the 12 Year Old, first released in 1979; and the 18 and 25 year old. They recently released the non-age statement Stiùireadair to Australia.
Visit the on-site shop, however, and you can pick up some more experimental handfilled bottlings you can’t get elsewhere.