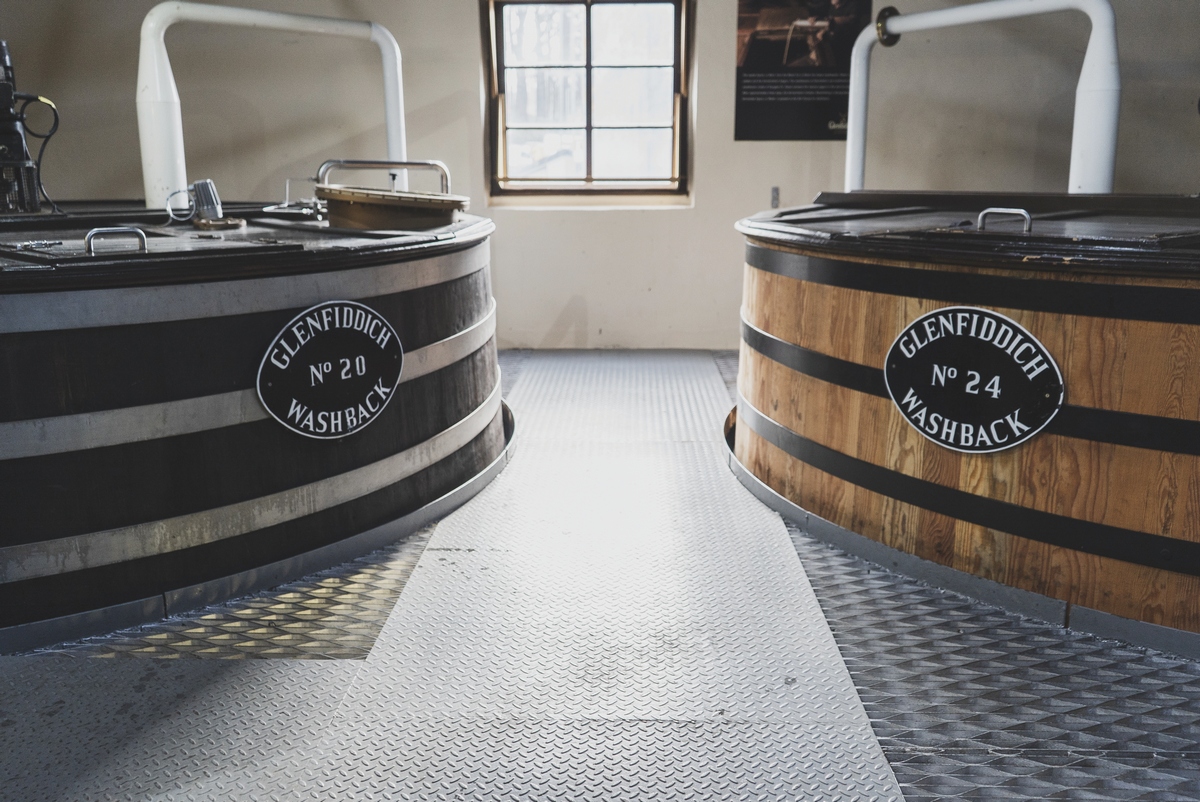 It’s likely that Glenfiddich was the first ever single malt you tasted. The distillery began distilling on Christmas Day in 1887, adding The Balvenie distillery in 1892, and five generations later they’re still going. For decades the triangular bottle of the Glenfiddich 12 Years Old has been the bottle most often seen on back bars, from the most utilitarian bars to the fanciest of cocktail joints. But they also play a dab hand at innovation — look to their Experimental series if you need more proof — and have played an outsized role in getting the single malt market to where it is today.

And where it is, is booming. 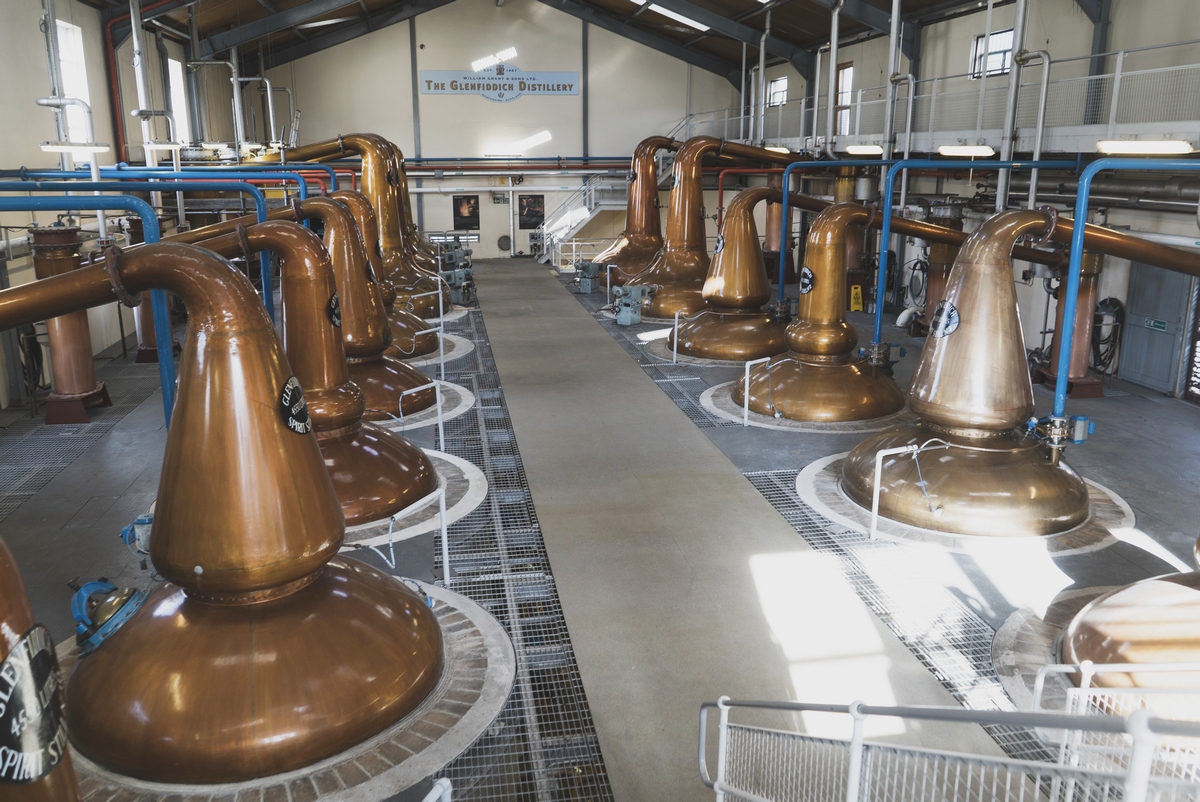 When we visit the distillery, our helpful guide Chris tells us that they’re doing some work: they’re currently producing around 14 million litres of spirit a year, which was set to expand to 20-21 million litres by the end of this year making it the biggest producer in Scotland. 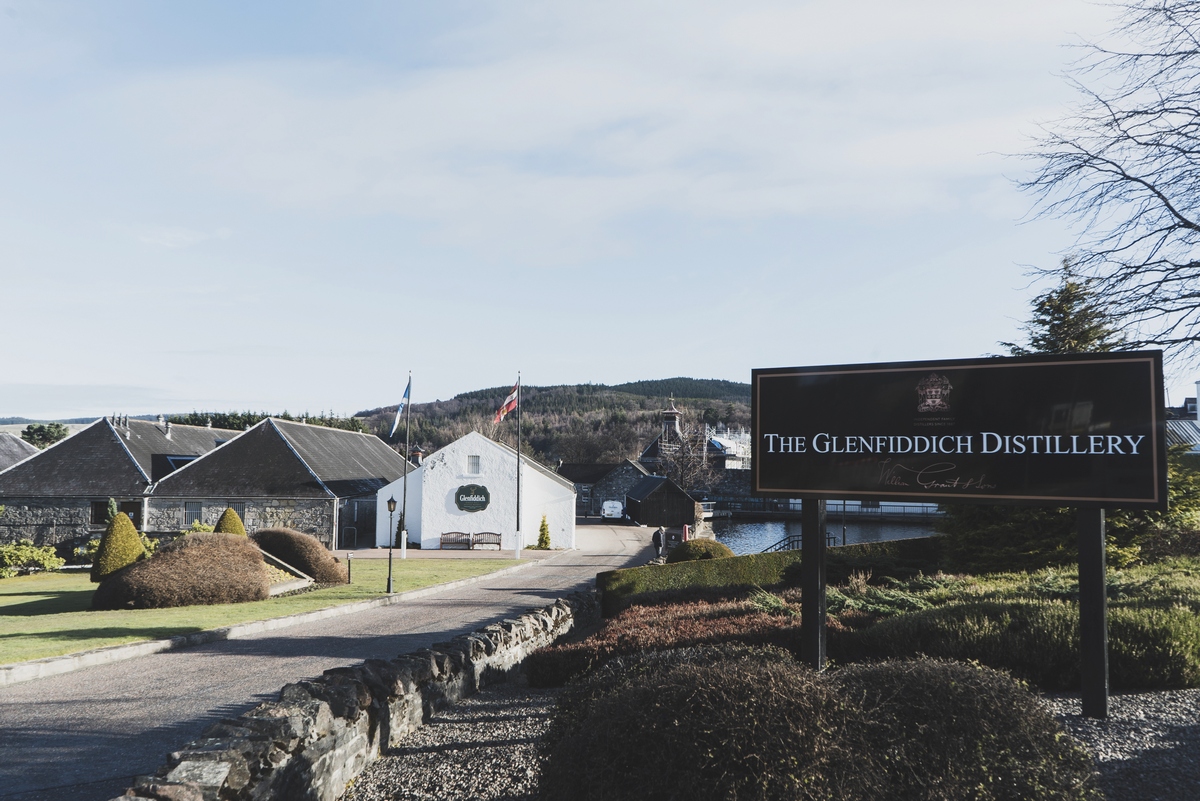 They work three shifts a day at the distillery, with around 15 workers on the production side of things running 15 stills with 33 coming online with the soon to be finished construction of a new stillhouse. And it’s in the still house where you’ll see a range of different still shapes in action, with one wash still for every two spirit stills. The different shapes of the still offer different characters in the new make: the more squat stills offer up more florals, we’re told, and the tall stills more fruity esters. 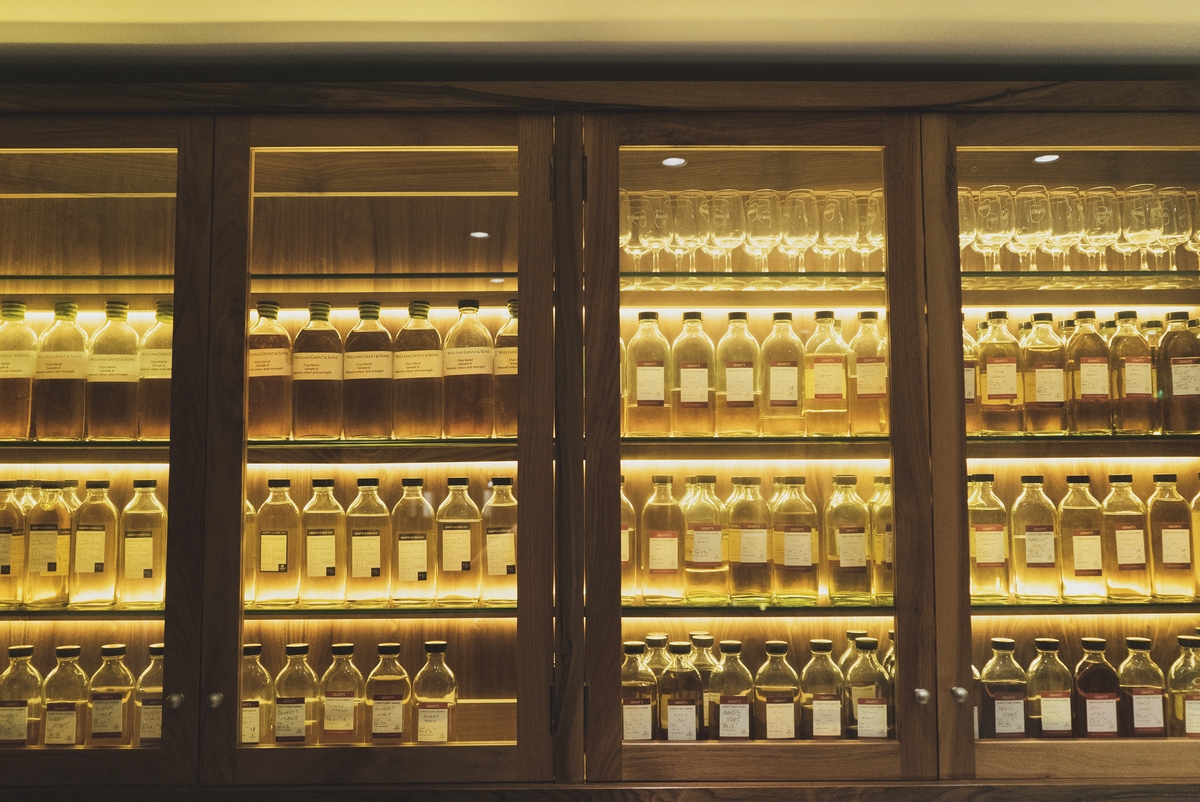 Yes, the Glenfiddich 12 is the mainstay, the flagship, the icon. But if you’re visiting the distillery you want to get into a tour that takes you around the warehouses, and where, if you’re lucky, you can see how they make the Glenfiddich 15 Solera Reserve, and even fill and bottle your own 15 year old from a choice of sherry or bourbon casks.