Coronavirus, Products
August 4, 2020
by Our Sponsors
0 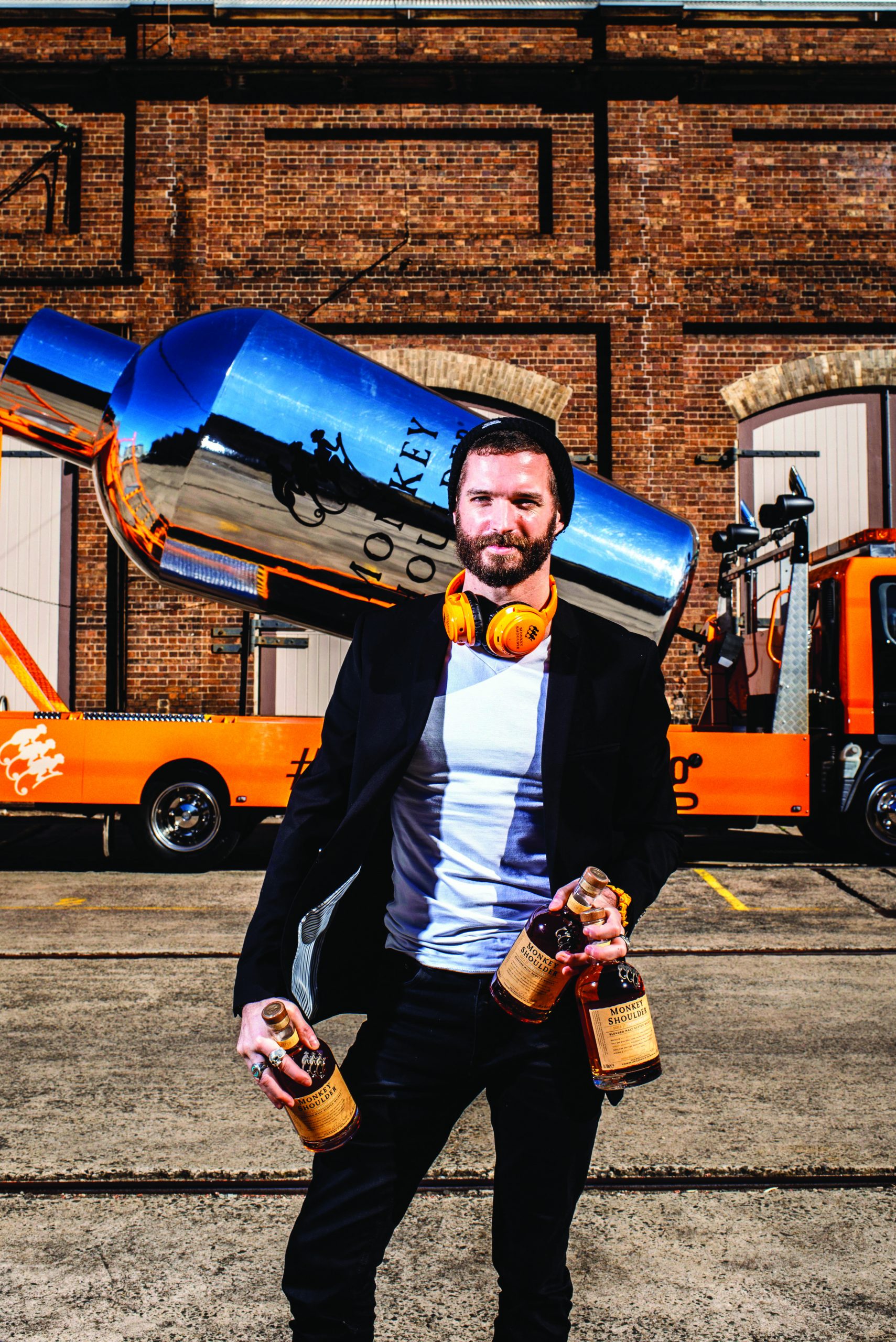 This is our cover story from the August issue of Bartender magazine.

March 21st 2020. The day the state governments began implementing the closure of ‘non-essential services’ including the hospitality sector. In the weeks that followed, bar owners reinvented their products and services to face the demand from their customers in isolation.

“In the beginning (COVID) affected us in a negative way, but there was also opportunity to grow and develop our business in a new direction,” says Stefano Catino from Sydney’s Maybe Sammy. Kenny Graham from The Unicorn in Sydney agrees. “The rug was pulled from under us,” he says, “our plans were obliterated but we began to make the most of it”.
Monkey Shoulder was also feeling the effect from tightening restrictions. The world’s largest mobile cocktail bar was stalled at the gates, unable to begin its intended nationwide tour mere weeks before it was due to start. So, like our fellow bar owners, we decided to innovate. 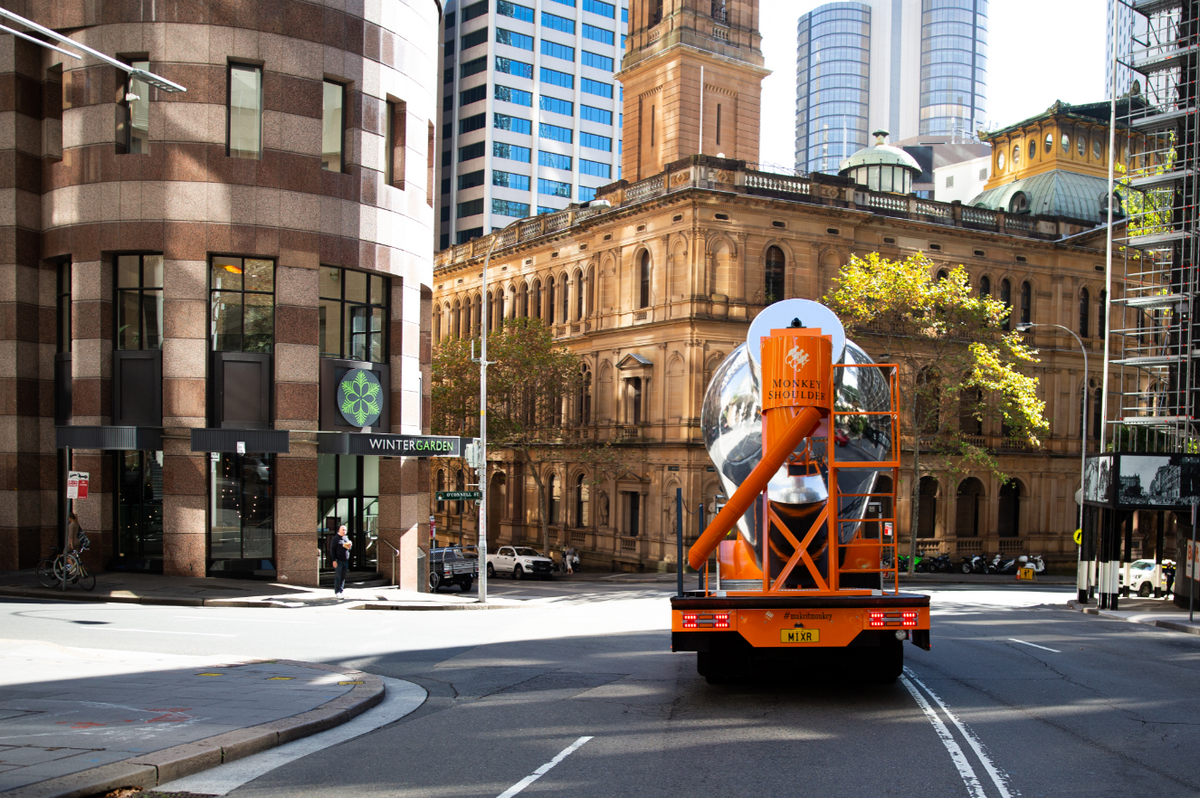 We had two key insights about our industry in this time: 1. Bars had great products in demand, and; 2. Convenience could unite a bar’s products with their customers.
Our minds were racing… “How do we support the bars?”… “The people need cocktails”… “Mobile mixer truck”…

What eventuated was a month-long program that kicked off on World Cocktail Day (May 13th), using the most unconventional delivery vehicle – a cement truck – to get drinks in the hands of customers. But that’s what we do at Monkey Shoulder. We do the unconventional. We partnered with venues – The Roosevelt, The Unicorn, Donny’s Bar and Maybe Sammy – and the Monkey Mixer, Australia’s largest cocktail mixer truck, started delivering cocktails around Sydney. 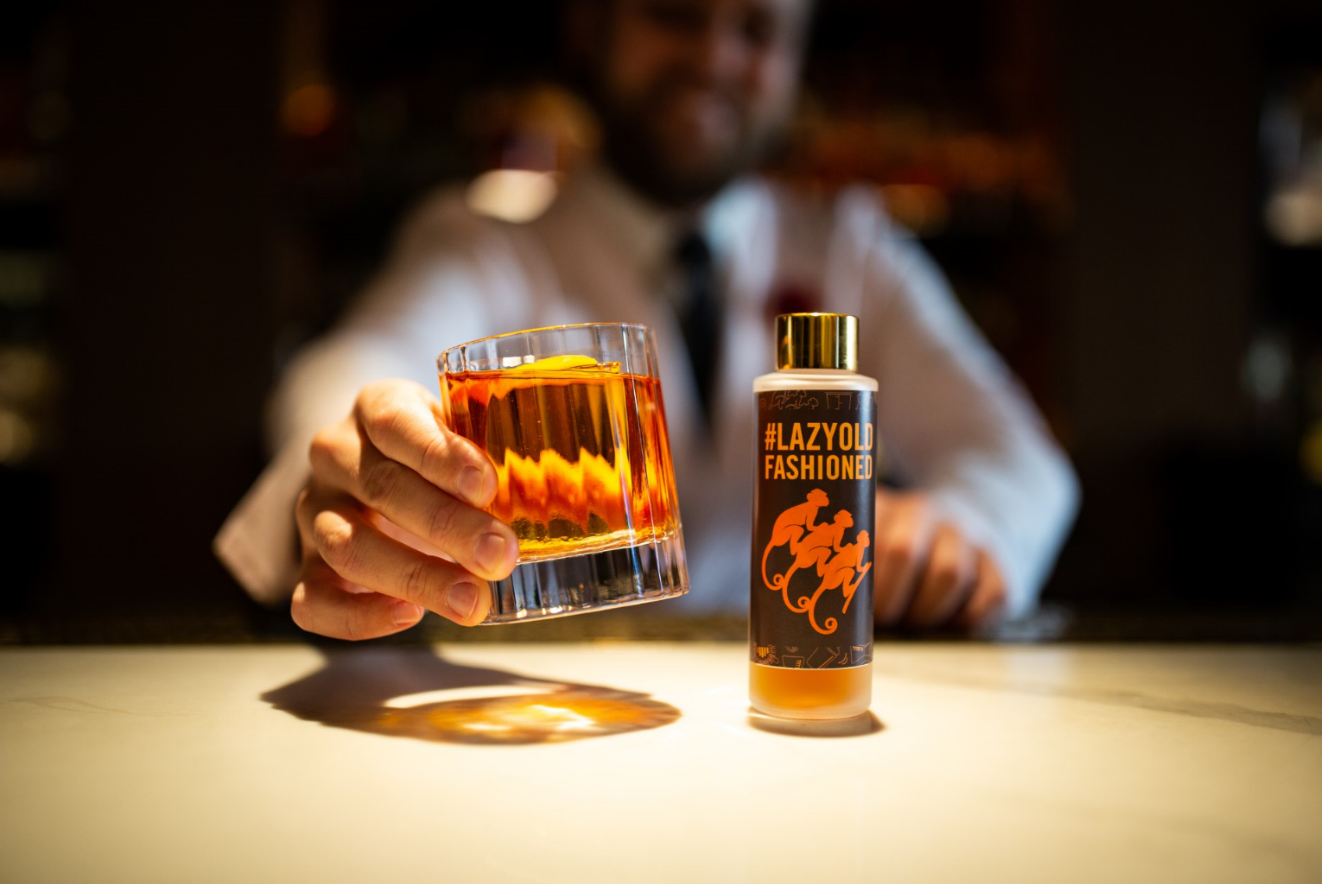 Innovation may seem like a tremendous leap, a ‘Eureka!’ moment. But in effect, it is a process of many steps. During lockdown, world renowned Russian bar, El Copitas, organised multiple virtual bar takeovers at a global scale, including home delivery to satisfy their customers. “It was the ultimate virtual takeover bringing our [Maybe Sammy] experience to their customers!” said Stefano.

Innovation in these turbulent times is necessary to stay ahead. “Ask yourself what people come for, and just bottle that up and serve it to them,” adds Kenny, highlighting that innovation is never out of reach. Global virtual takeovers take many small steps, just like building a great cocktail. Regardless of the size of your project, you’re already practising innovation.

Innovation is like driving a car, it requires constant adaptation to stay straight on the road. This is an underlying philosophy of Eric Reis’ book The Lean Start-up. The mechanic of innovation, Reis says, is ‘validated learning’ which can be practiced. It requires understanding your customer, testing new ideas on them, and measuring their effectiveness.

Keep in mind that the best way to understand human preferences is to track human behaviour, not ask for opinions – cue the classic Henry Ford quote, “If I’d asked people what they wanted, they’d have said faster horses”.

Stefano saw social media as a great way to connect with customers. So make sure to collect validated learnings from quantitative metrics such as ‘click throughs’ or purchases, rather than likes. With restrictions set to see-saw, the shape of the industry is still reforming. Kenny suggests looking at your customer base at a deep level. “It’s a time for understanding your core; what do you sell and to who?” he says.

Stefano’s tip is to look at your business and use this time as an chance to innovate. “We have the opportunity to add value to our industry by evolving for our customers”.
The future of our industry will come from this period of innovation.

Born of an idea, Monkey Shoulder grew from its own period of innovation. The original ‘Batch 27’ found on every bottle asked the question, “What if Scotch behaved like bourbon”? Blending a combination of three key Speyside whiskies that could stand together, alone in quality, but also as an integral ingredient to the growing cocktail culture.

The brand constantly recalibrates itself, not by reinventing its core purpose (That’s still to ‘invite moments of playful escapism’), but to challenge itself to be the scotch whisky of a new generation through attitude and consumer approachability. As a profile led whisky it isn’t restricted by age statements – just quality and taste. Four key flavour notes (orange, vanilla, cinnamon, and ginger) were masterfully engineered to be integrated into a bartender’s cocktail toolkit. A combination such as this acts as the host of any good party, inviting other ingredients to interact, mingle, and mix it up as they like. That’s why it’s a whisky that’s made for mixing.

So what’s next for Monkey Shoulder Scotch whisky? We can’t reveal all our secrets, but our innovation team are back to what they do best. What of the Mixer Truck? It has plans to visit Melbourne and Brisbane very soon, and there’s always Monkey Uber?

And for our industry, where will we steer from here? Your innovations will drive that.