When it came to sustaining hospitality business during Coronavirus, the calls were to ‘pivot’, ‘adjust’, and ‘see the silver lining’. And while for many businesses that has simply not been possible, for some it has opened up new or consolidated existing business pathways that will hopefully survive into the future.

We have touched on the bottled cocktail trend a fair few times in these pages recently and it would be remiss of us to say that they were borne out of Coronavirus lockdown. It’s simply not the case. Bars such as Continental Deli in Sydney, The Everleigh in Melbourne, and distilleries such as Noble Bootleggers, have been bottling their delicious cocktails for some time now. But with lockdown, an opportunity emerged. Bargoers still wanted to drink the good stuff, and all these amazing bartenders, well, let’s face it, they had some free time. Put it together and the business of ‘Bottle Cocktails’ had the chance to boom.

Some of the challenges facing the long-term survival of a booming bottle cocktail business are just simple logistics. Food that is packaged needs to meet a bunch of labelling requirements, including ingredient lists and best before dates. There is also the issue of licensing and how that will translate in a post-covid world. For example in NSW and Victoria, liquor licensing was relaxed to allow venues to go from across the bar to take-away. There are no guarantees how that will work out going forward. And of course, there is the hiccup of delivery. Services such as UberEats have been widely criticised for the massive margins they charge to act as a delivery hub. For many venues that meant repurposing staff to transport goods around cities. But in the long term, when people are back at the bar, is it viable?

We spoke to a handful of bars from around the country and got their thoughts on the future of bottling cocktails. 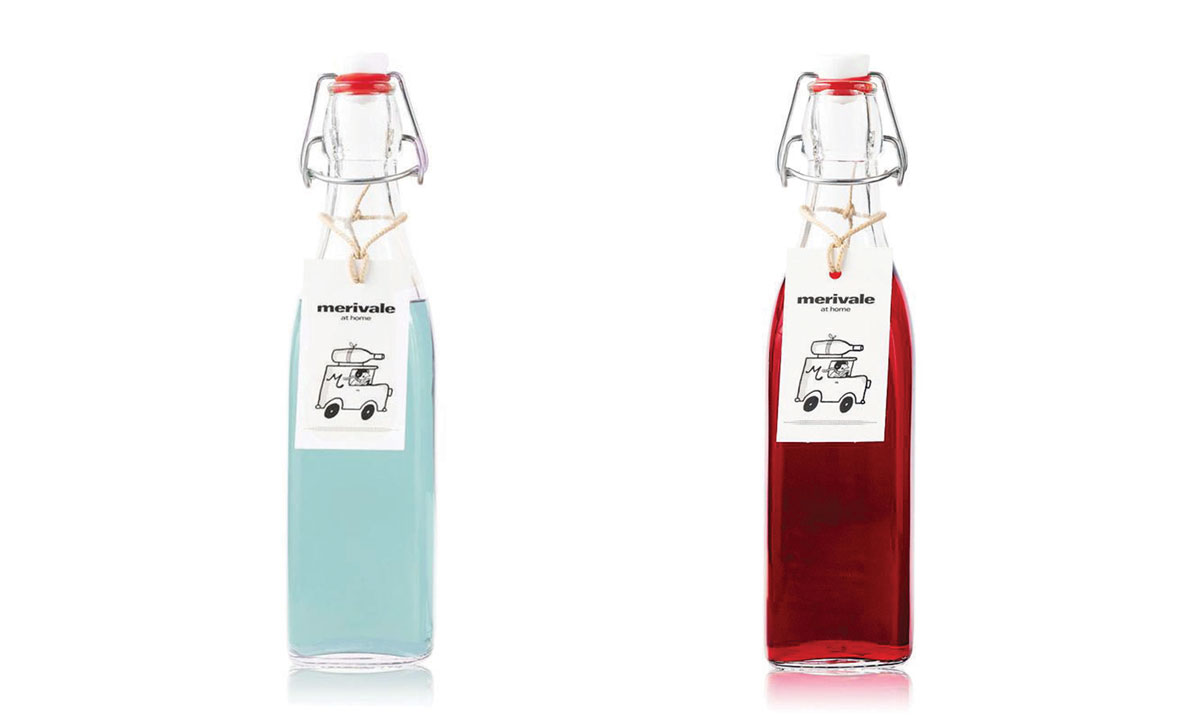 When the shutdown started back in March, the team at Merivale quickly pivoted and within three days they had opened Totti’s at Bondi for take-away service including cocktails. This was the first step in what has now become a full-fledged home-delivery service for Merivale called Merivale at Home, which is now operating out of the Ivy.
What started out as just a few cocktails from Totti’s that were fairly contingent on time and included separate parts that had to be combined just before pick-up has now moved into cocktails with a shelf life that can be delivered direct to your door. Currently they have a selection of cocktails in 500ml swingtop bottles. Each bottle serves 5 people and your choices include a Totti’s Negroni (Antica Formula, Campari and Beefeater Gin) for $40 or Mr Wong’s Donghu Lake (Plymouth Gin, Blue Curaçao, rose and citrus) for $45 as well as a Fred’s Eucalyptus Gimlet, a Fred’s Old Fashioned and a Bert’s Martini, among others. All this can be ordered in conjunction with Merivale’s Hello-Fresh style meal kits from the likes of Mr Wong, Totti’s, Fred’s and Bert’s. Also, delivery is included for any order of $50.
According to Group Bars Manager, Sam Egerton, this Merivale at Home concept is here to stay. “It has been a great way to keep people employed and doing stuff [during lockdown] but this is definitely a long-term play,” he says. “This is a concept we have been talking about but finally we had the time to execute it.”
From a bar perspective, it has also meant centralising a kitchen for bar prep and training across the group, which Egerton is really excited about. “We are now looking for other ways to give the cocktails longer shelf life, experimenting with different products,”
he adds. 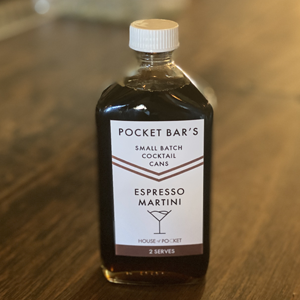 Karl Schlothauer, operator of The House of Pocket bars group, offered canned cocktails from his Terrigal hub on the NSW central coast. He has managed to build in great margins of up to 70 per cent for his pick-up and delivery service and it’s something he says he will ‘absolutely’ continue after lockdown eases. Schlothauer’s set up is that delivery is only within a 10km radius of the Terrigal venue otherwise you can pick up from Button or Pocket bars on the days they are open. His 500ml cans of cocktails (such as Goosebumps, Amaretto Sour etc) start at $52 per can and make between four or five cocktails.

The team at Big Poppa’s have also pivoted to bottled cocktails and hope to continue this new revenue stream in the future. They offer five cocktails for $12 for a single serve with a food order. According to manager Rowan McKay the margins are not great but okay. “With some staffing costs being covered by JobKeeper and some bottles and stock being generously donated by Campari as part of their Shaken Not Broken promotion, we aren’t losing money,” he says. “The main goal of the cocktail delivery hasn’t been to make a profit, however. We’re certainly not covering overheads. What we really want to do is maintain a connection with our customers COGS before labour, delivery costs and overheads vary between cocktails but are roughly 40%.” 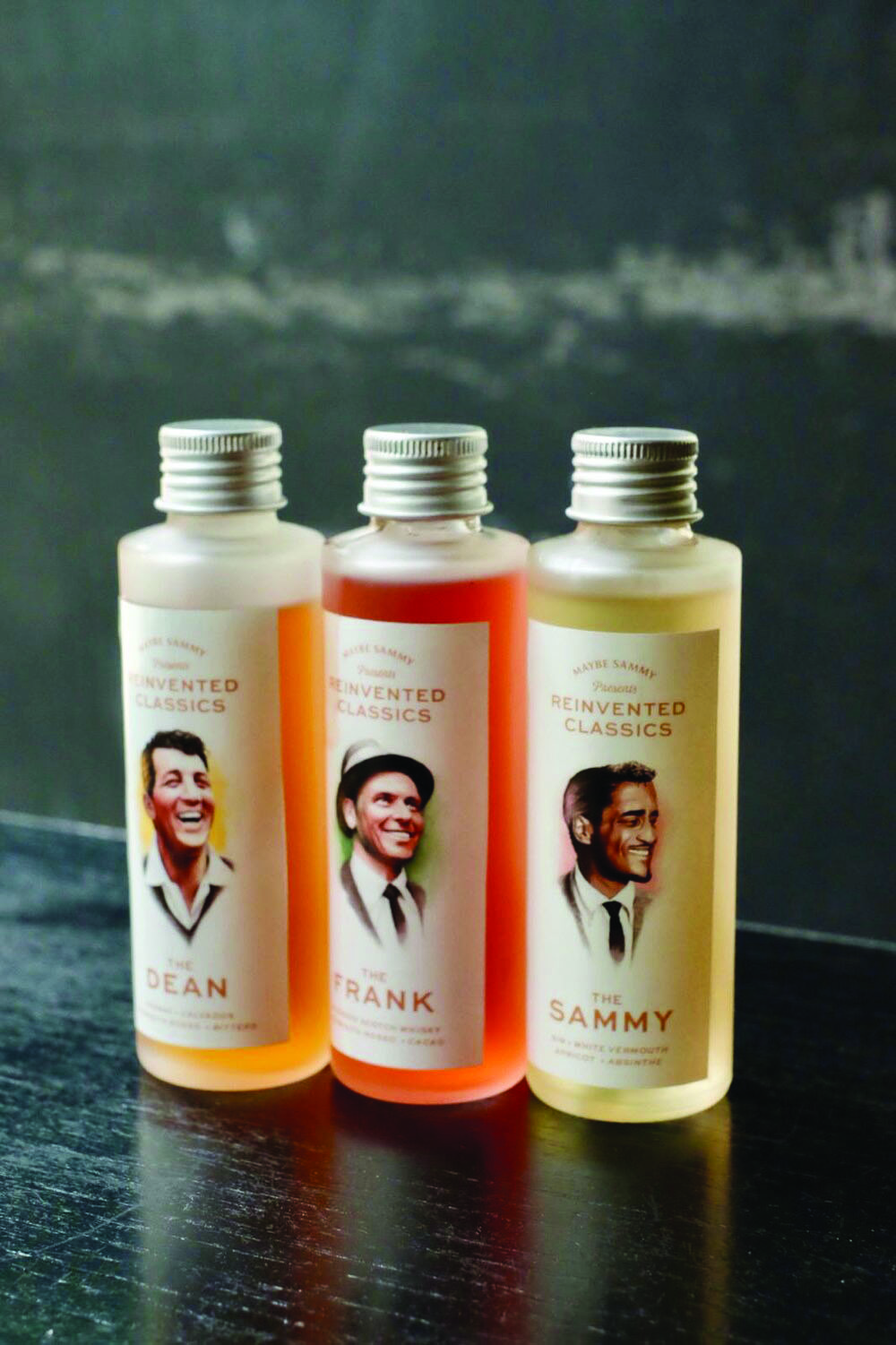 The team at Maybe Sammy have set up an online shop and now deliver their classic cocktail selection nationwide. Their delicious cocktails (The Dean, The Frank and the Sammy) sell for $60 for 500ml. According to owner Stefano Catino, it has been a fantastic initiative for them that has helped “paying our staff and our rent.”

Kate McGraw from Isabel Bondi has been selling her cocktails for $16 for a 150ml serve. It wasn’t really about turning a profit. Asked whether or not it will be worth continuing, Kate says: “Yes – If I get $500 in delivery sales in a week, that’s a good cash flow boost. It’s especially helpful on weeks with bad weather where people are more likely to order in and less likely to pop down to the bar. I see it helping to mitigate the unruly Sydney weather.” 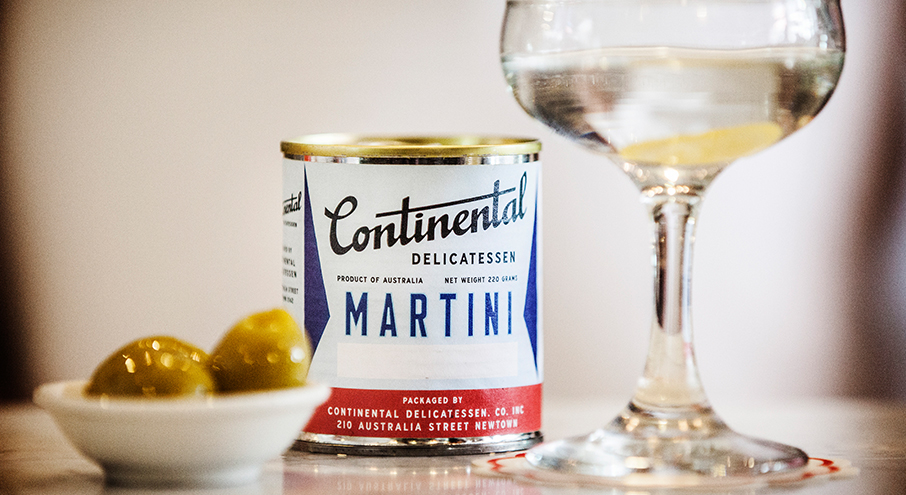 When it comes to the long-term outlook on these drinks, Michael Nicolian, of Continental Deli Bar Bistro, who sells their famed tinned cocktails says, “we will keep it up as long as we’re allowed.” For them, the Mar-tinny, Can-hattan et al are great products that they will continue to batch and serve in-house, as they have since day one.

Matt Linklater, GM of Melbourne’s Black Pearl, is similarly optimistic about continuing the sale of their bottled products into the future. Their three styles of bottled cocktails (Freezer Pour, Wine Serve and Hot) are delivered within 8km of the venue. “We couldn’t survive on takeaway and delivery alone,” says Matt, “it has provided a constant link with our guest base and has allowed our staff to stay involved. We will continue to do takeaway and delivery to support our business, until the 4m2 condition is lifted we need every revenue stream we can get.”

The team from Hippo in Canberra, have been doing a range of stir down cocktails that they delivery Australia-wide. According to Director, Kylie Preston it has kept them rolling through uncertain times and given the staff something to focus on. With regards to the drinks, she says “the stir downs work best. We have been experimenting with menu cocktails as well.
“We found that it is quite difficult to produce quality shaken cocktails, as contents tend to settle and freshness lacks. We have also put together Whiskey flights and have been offering online tutorials.”

For Marty Lange, owner of Cobbler, Savile Row and Death & Taxes in Brisbane, the exercise hasn’t been so positive, with terrible margins. “For example, a negroni, which usually you can sell at $18 to $20 and make a 78% to 80% margin, by the time you add the bottles and labour each negroni was coming in at a cost of $6.50. So basically margins dropped to 50% to 60%.” Marty doesn’t think that licensing will allow bottled cocktails to continue after iso ends and will not look at continuing this in the future, saying his customers are far more interested in coming back to the bar. 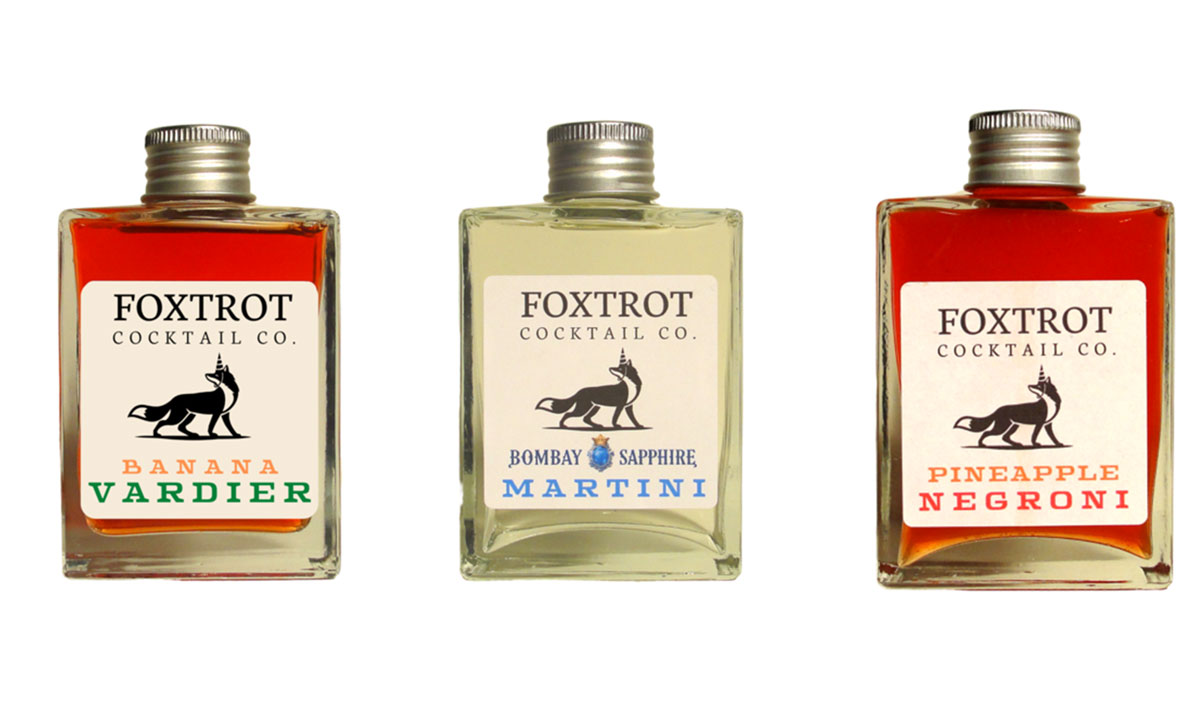 For Dimitri Rtshiladze over at Foxtrot Unicorn in Perth, the opportunity to bottle his cocktails has been really successful. “We made a conscious decision to make drinks that would be a shelf stable, retail style product,” he says. “Therefore they are more booze driven in the styles like martinis, old fashioneds.” When it came to margins, he knew it wouldn’t be the same as selling across the bar but in just a month of sales he had sold 1000 bottled cocktails and intends to carry it on as long as people are buying.

Tiny’s: a new bar in Sydney dedicated to bottle cocktails