If there’s one thing we know for sure, it’s that true whiskey fans are going to want to get their hands on this Bushmills limited edition bottle only available to The Whisky Club (TWC) members. Sign up to TWC before October 4th to access your bottle www.thewhiskyclub.com.au/bushmills

As Master Blender at Bushmills Irish Whiskey, Helen Mulholland is responsible for selecting the casks Bushmills use for maturation for creating the perfect bottle of Bushmills.

Her expertise lies in knowing the effect of wood on whiskeys, so the selection of appropriate casks for ageing whiskey is a big part of her job. There’s a lot that goes into choosing the rights casks to make sure each cask brings out the harmony of aromas and rich flavours needed to craft the blends and aged single malts.

Whiskey fans know Bushmills Irish Whiskey for its 400 years of quality and taste, so Helen considers herself the custodian of the brand’s craft and heritage and says it’s an honour getting to carry on this tradition, “We’re not good because we’re old, we’re old because we’re good. Bushmills Irish whiskey has never compromised on quality and we are committed to innovating and introducing new, rare, premium single malt expressions while always maintaining the taste and quality we are famous for.”

We asked Helen to tell us more about Bushmills’ new limited edition release, The Causeway Collection and its 2006 Marsala Cask, that’s available exclusively through The Whisky Club. 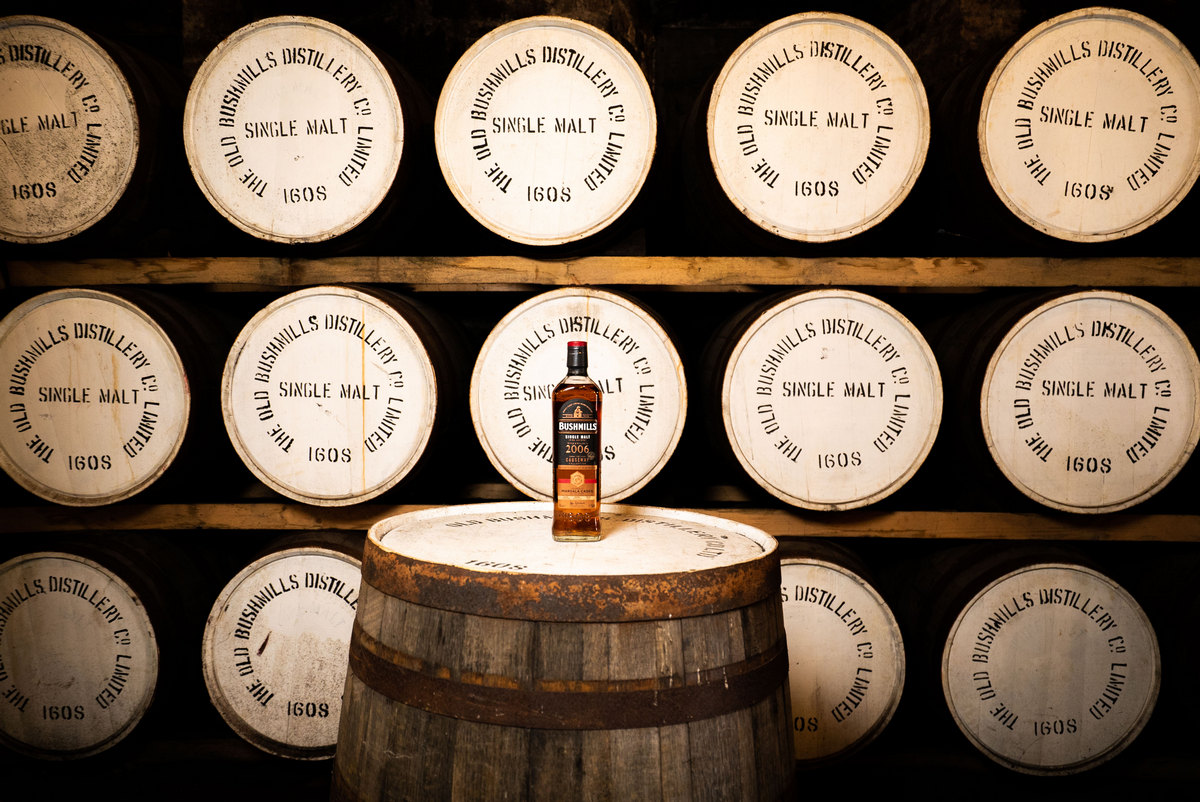 What makes The Causeway Collection so special?
The Causeway Collection is a new collection of Bushmills limited edition rare cask finished Irish single malts from the world’s oldest licensed whiskey distillery.
Just a stone’s throw from the distillery, the Giant’s Causeway has always been an inspiration to me. Its hexagonal basalt columns, honed over millennia, form a unique interlocking series of steps found nowhere else in the world, much like the single malts in this collection.

The 2006 Marsala Cask is a rare cask finished Irish single malt that’s been distilled, matured, finished and bottled at Bushmills. After maturing quietly for over 12  years in Oloroso sherry butts and bourbon barrels, I finished this whiskey in Marsala casks sourced from the island of Sicily. After soaking deep into the oak grain, this dark, sweet fortified Italian wine imparts succulent spiced fruit notes and a brown sugar sweetness. And where others might recask their whiskey for just six months or so, we’ve added deeper waves of flavour by finishing it in Marsala wine casks for over 18 months. This extended period of maturation makes the sweetness more complex and caramelised, turning to a honeyed nuttiness.

The 2006 Marsala Cask is close to my heart as it is the first release in The Causeway Collection. It’s a sensational whiskey that stands with the best of Irish single malt, a giant in its own right.

Why does Bushmills release limited editions? What does it do for the brand?
The release of The Causeway Collection is a bold new step for Bushmills, one that not only honours the giants and generations before us but also the incomparable natural landscape in which it’s forged.

It is an incredibly exciting time for us to be able to bring rare cask finished limited editions to the world, across so many markets. We continue to see a demand for ultra-premium expressions and the release of the Causeway Collection marks another innovation in Irish single malt from Bushmills, the world’s oldest licensed whiskey distillery. 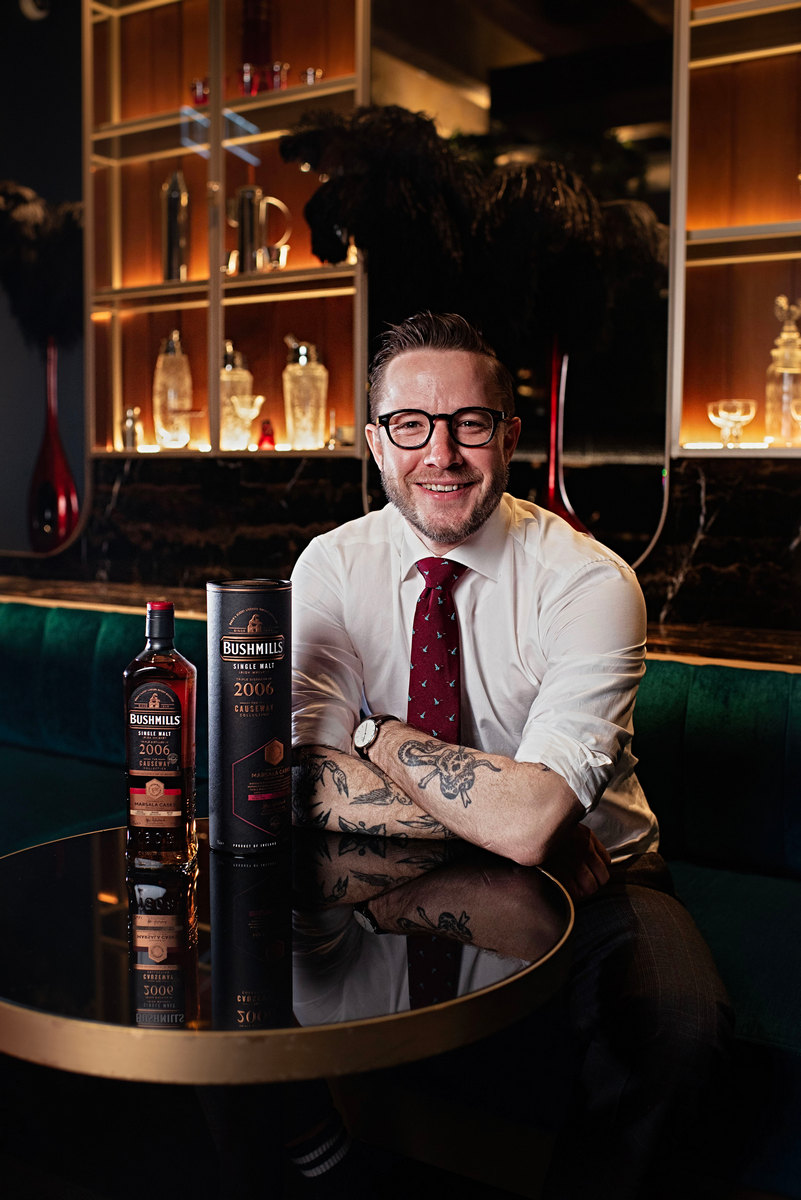 How important are limited editions? How do they help you do your job?
They’re great because they offer something limited and hopefully very different to the distilleries normal offering, like an obscure cask finish. It’s great for disrupting people’s perceptions of what whiskey can be.

Why do you enjoy working with The Whisky Club?
I enjoy working with them because they’re so passionate about whiskey. They often get access to whiskey that the everyday consumer can’t so they’re well worth the investment.
How can people get their hands on a sample of this Bushmills limited edition?
It’s exclusive to The Whisky Club however we will be running some sampling sessions in Sydney, Melbourne and Brisbane (hopefully) for trade.

Missed this release, what else in the portfolio can Bartenders/Consumers try?
Bushmills 10yr is the perfect entry into the world of single malt whiskey. It’s light and easy and aged in American oak and finished in Oloroso sherry casks. Our 16yr old is around the  same price comparatively to the limited edition and has a delicious port cask finish.

If you want an everyday whiskey, you can’t go past Black Bush. It’s a blend but has such a high malt to grain ratio that it really should be a single malt. There’s nothing near that price range that competes with this flavour-train! 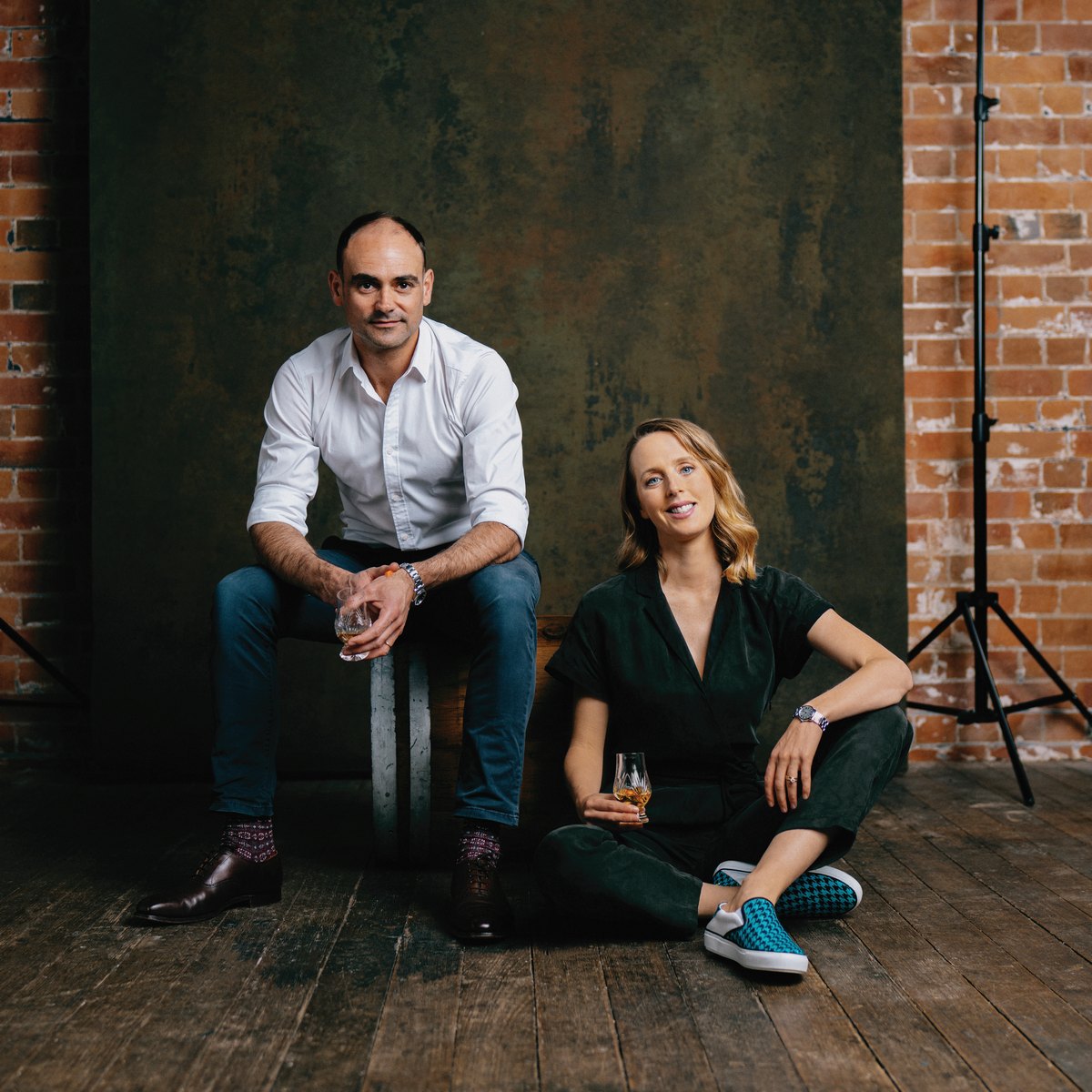 You’ve built your business on giving your members access to exclusive releases. Why did you take that approach?
Bertie: Em’s vision was to bridge the gap between distillery and consumer, to give our members a taste of something special that you just can’t get anywhere else, direct from whisky maker to whisky drinker.

The resulting ‘Created Exclusively’ model is unique worldwide and has revolutionised the way whisky lovers buy and enjoy whisky.

Of course, having the most talked-about whisky exclusives also means there’s less work for us to do on the marketing side and we can rely largely on word of mouth for new member sign ups.

How difficult has it been to secure a good exclusive every single month?
It’s a hard job tasting your way through the world’s best malts, but someone has to do it!
Seriously though, our 12 annual slots are extremely competitive as distilleries fight for the chance to get their special showcase whisky in the hands of tens of thousands of whisky lovers at the same time, not to mention the huge online conversation that ensues about their brand as our members share their experiences drinking it.

Naturally we only feature whiskies we know our members will rave about, and our distillery partners know only their best will do, so we’re very spoilt when it comes to selecting and putting together the biggest and most talked about whisky exclusives with our partners.

The Bushmills Causeway Edition Marsala Casks is a prime example and we’re thrilled to be working with Bushmills on this delicious history-making malt exclusively for our members.

What do you enjoy about Bushmills?
Bertie: It’s the original Irish single malt and to me represents true Irish whiskey. I vividly recall my first taste of Bushmills 21, it was one of my first ever single malts and I can still picture the taste.

If there’s one thing we know for sure, it’s that true whiskey fans are going to want to get their hands on this Bushmills limited edition bottle only available to The Whisky Club (TWC) members. Sign up to TWC before October 4th to access your bottle www.thewhiskyclub.com.au/bushmills