Day Of The Dead is a multi-day holiday, that occurs on the first two days of November each year (this year the official date is 2nd November – today!).

It is a tradition dating back several thousand years where families celebrate the life and death of loved ones, with the belief that to mourn would be insulting.

It is a deeply personal and significant occasion, seen predominantly throughout central and southern parts of Mexico, where for one night the line between the dead and the living becomes blurred.

Ofrendas (altars) are set up for the departed, featuring their favourite food,
drinks, and belongings along with cempazuchitl, marigolds, which help guide the dead back home.

The holiday is celebrated differently in various states, some with more public displays at cemeteries and in the streets, and for some, a much more private occasion that is only shared amongst the household.

On the island of Janitzio, located in Michoacan, one of the five Tequila states, locals and visitors flock to the cemetery to witness indigenous people perform rituals late into the night. The cemetery is lit with thousands of candles to guide the dead, local fishermen light up the lake with torches, and the town fills with music. It is a time for connection, reflection, peace and joy.

In the state of Oaxaca, the smell of mezcal and mole negro fills the streets and, as night-time approaches, candles coat the cemetery like a blanket. In the surrounding areas the Muerteada takes hold with brass bands dancing their way up and down the hills of their neighbourhoods, stopping by households for mezcal and snacks.

What Day of The Dead is not, is the Mexican version of Halloween – an Anglo-Saxon celebration based on the ancient Celtic festival, Samhain, which celebrated the end of harvest time and the onset of winter. While both celebrations focus on a liminal time when spirits roamed the earth, it is important to understand the fundamental difference between the holidays and just how significant Day of the Dead is to people of Mexican heritage. It is a celebration of life and acceptance of death as a natural part of life’s cycle.

When prepping your venues and cocktails lists for Day of the Dead, focusing on the incredible traditions of Mexican culture should be at the forefront. A great way to do so is to delve into the history of the drinks that are commonly consumed during the festival to help inspire you and your customers.

My Agua De Hibisco cocktail was created as a twist on the traditional Agua De Jamaica which is a hibiscus tea drunk during celebrations. I wanted to make it quite fun and super bright – the colours of the cocktail have been inspired by Papel Picado which are the bright coloured paper flags seen throughout the streets of Mexico during Day of the Dead.

Another common drink is the Champurrado – a thick, warm corn-based beverage flavoured with chocolate, cinnamon and vanilla. Not straying too far from traditional flavours, I added the husk and roasted corn garnish to make use of the entire ear of corn.

While Day of the Dead is a great time to experiment with the exciting foods and drinks common during the festival, I also wanted to acknowledge what most of the locals will be drinking: Tequila, sipped straight up. It’s also very common to see this placed on ofrendas all over Mexico. I have added the fruit accompaniment to highlight the hints of pepper and brine present in Platino. 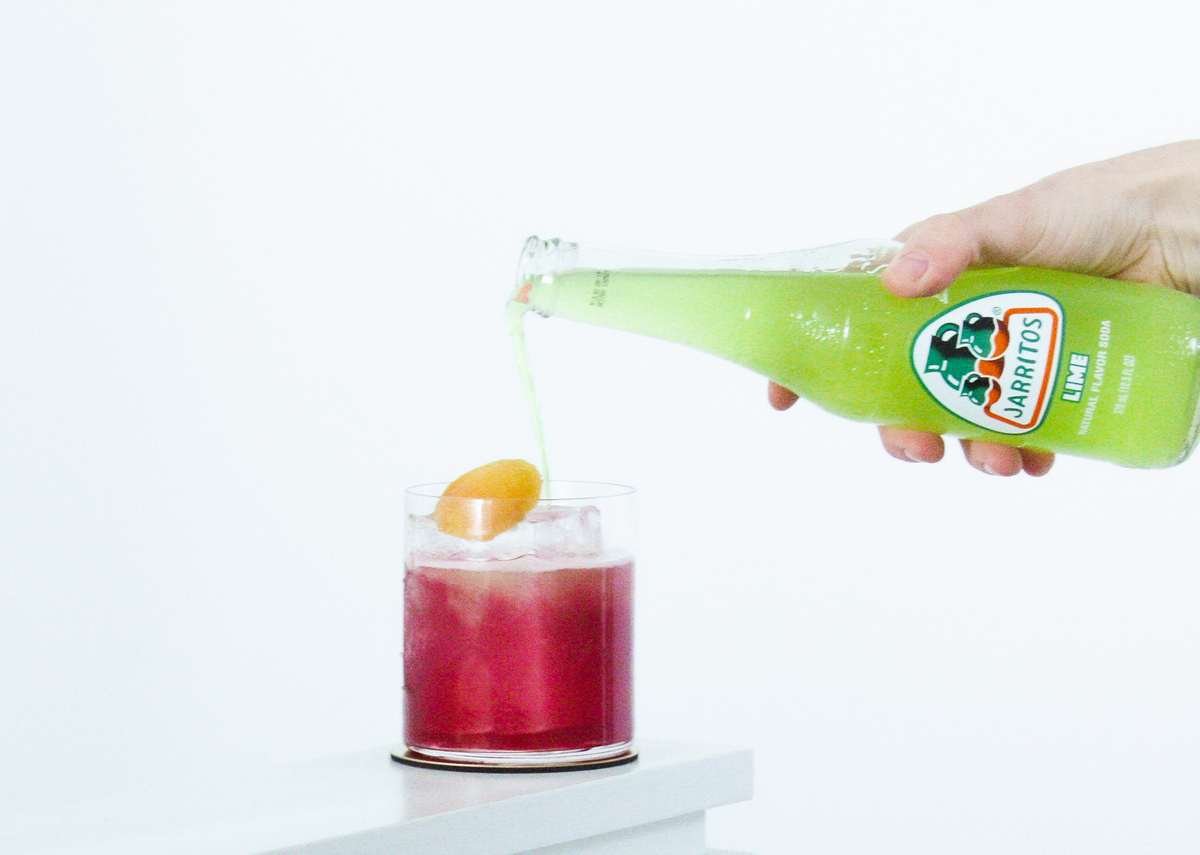 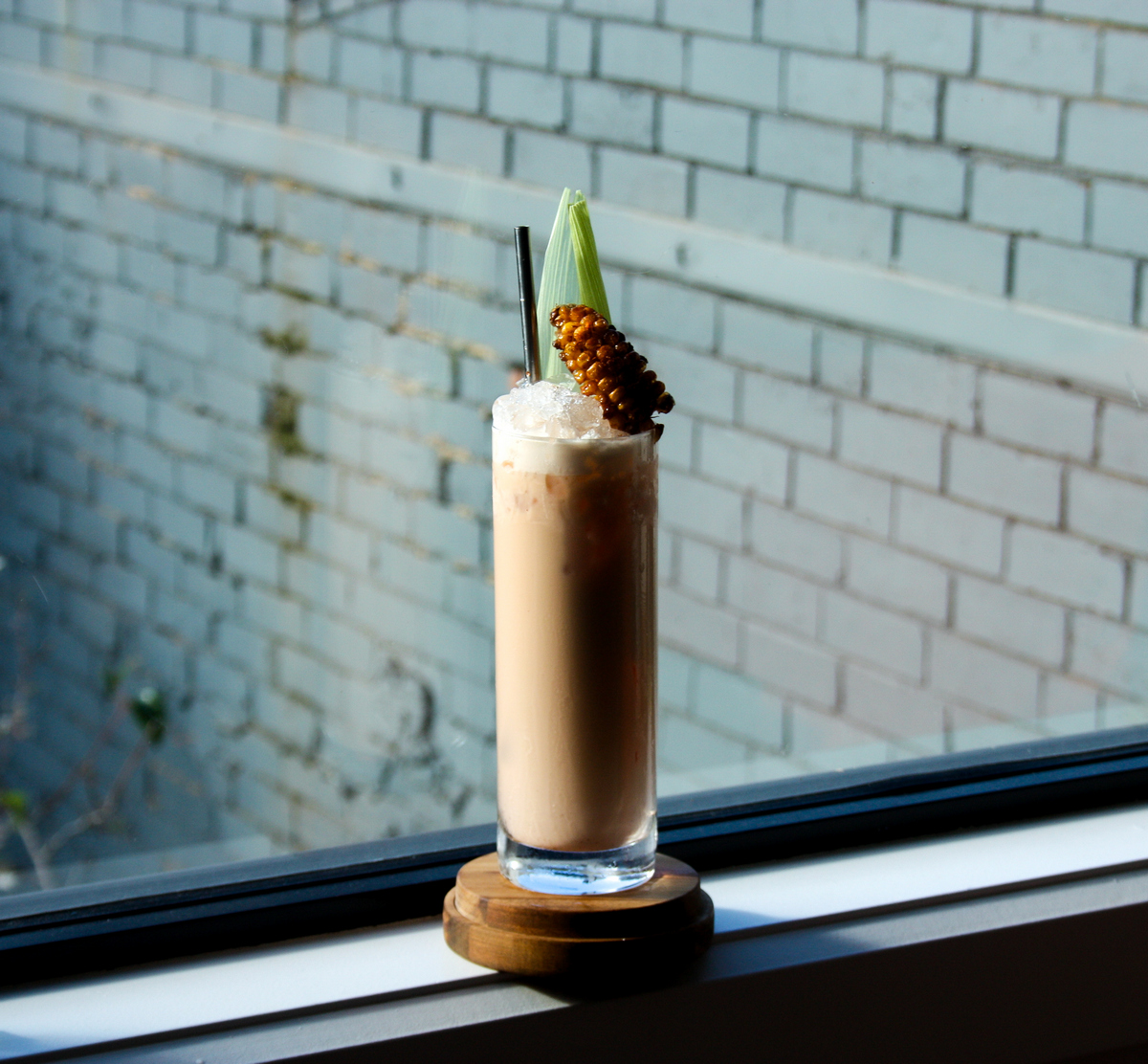 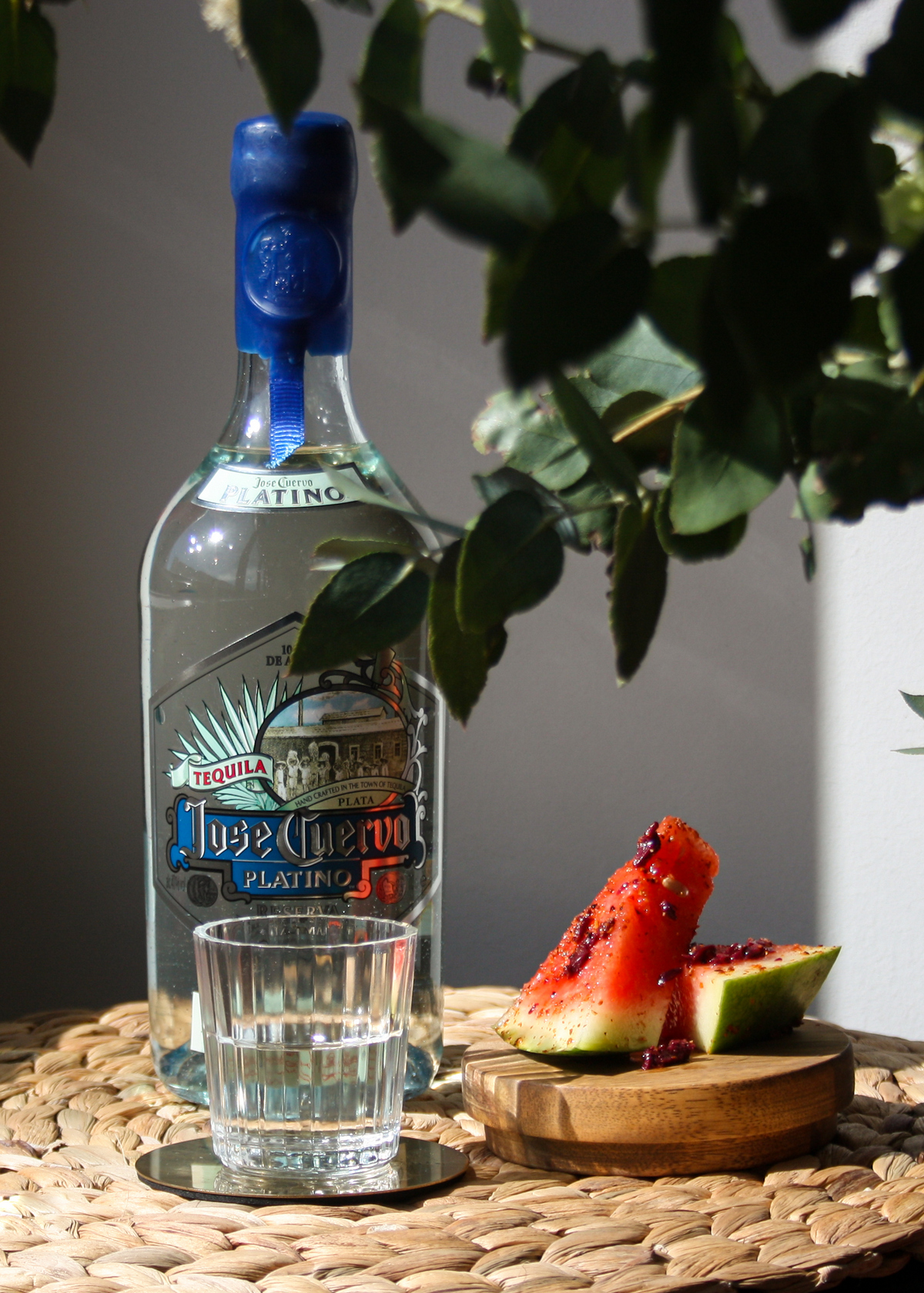