Housed in a renovated mid-century warehouse in the heart of Redfern, the microbrewery and Thai-inspired restaurant is a brewpub at heart. All beers are brewed fresh on-site, with the brewery’s core range of Atomic Pale Ale, XPA and IPA sitting alongside a rotation of limited release, seasonal and experimental brews. Those releases include Cryo Red Alert and Paul’s Porter. Led by Head Brewer, Nick Ivey, Atomic Beer Project’s team is passionate about beer and driven by innovation. 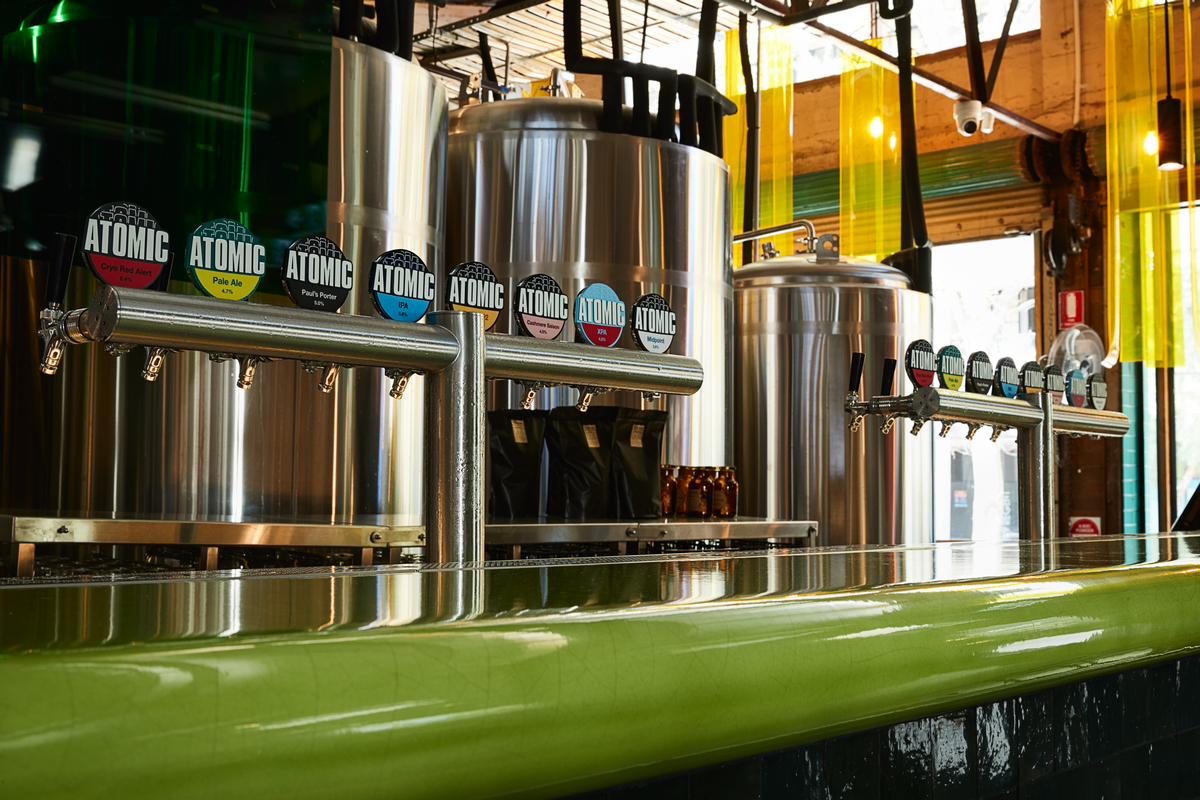 While serious about beer, Atomic Beer Project’s menu is designed to perfectly complement the experience. Head Chef, Jordan McLeod serves up bites and share plates inspired by his time working in Pan-Asian kitchens around the world, including opening Longrain Tokyo. Diners can feast on smaller plates from the appetiser menu, including Porter braised beef cheek croissants with coriander, shallots, and fermented chilli; Grilled tiger prawn skewers with green curry butter; and Kingfish sashimi with mustard and shoyu dressing. There are also more substantial shares and mains on offer. With community at its core, the curated wine and spirits list heavily features local suppliers and distilleries sourced from the Redfern neighbourhood and surrounds including, Brix, Poor Toms and Archie Rose.

The brewpub incorporates an industrial palette of polished concrete, stainless steel, enamel paint, rusty girders and subway tiles. The interior is emphasized with splashes of colour – namely bold red, green and yellow – which separates the two-tiered bar, dining, and co-working spaces to create a modern, playful ambience. The custom-built bar features a striking 12-metre long top, with its bright green glow a nod of the head to the colour of hops. 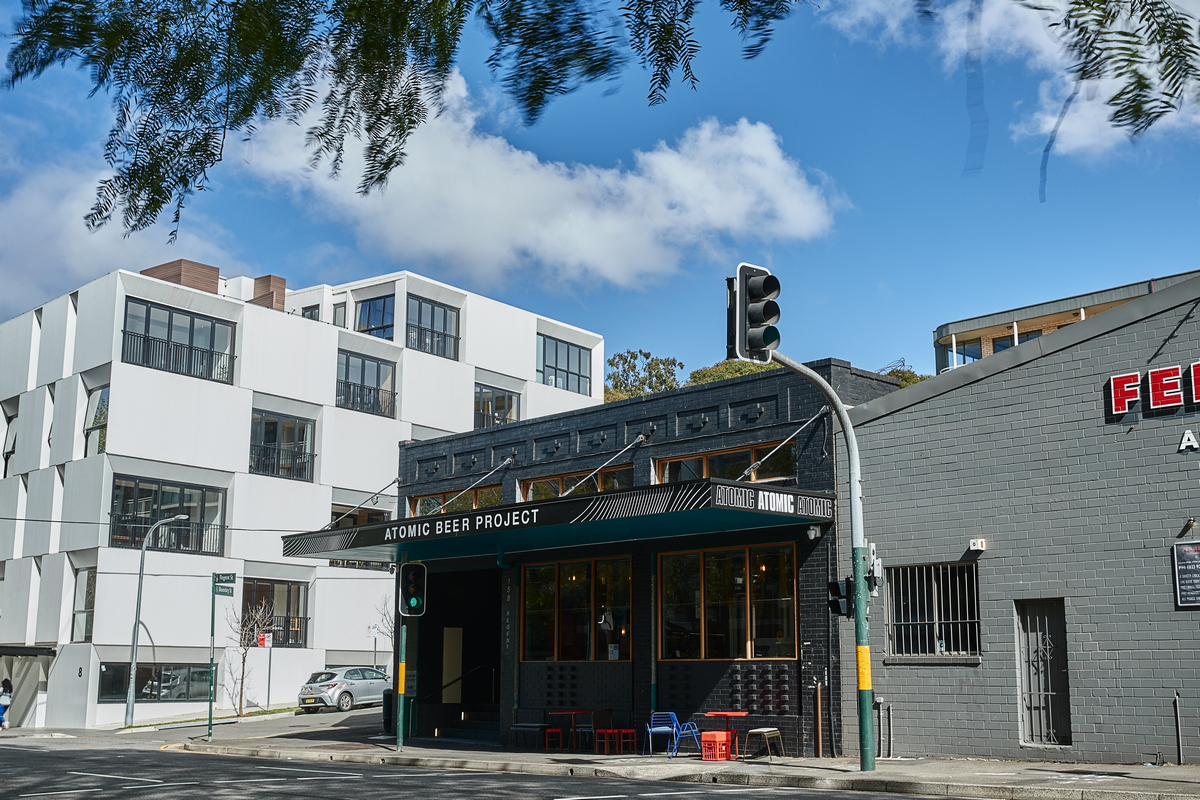 The Sunshine Inn is a new joint in Redfern for natty wines, cold beer and good grub