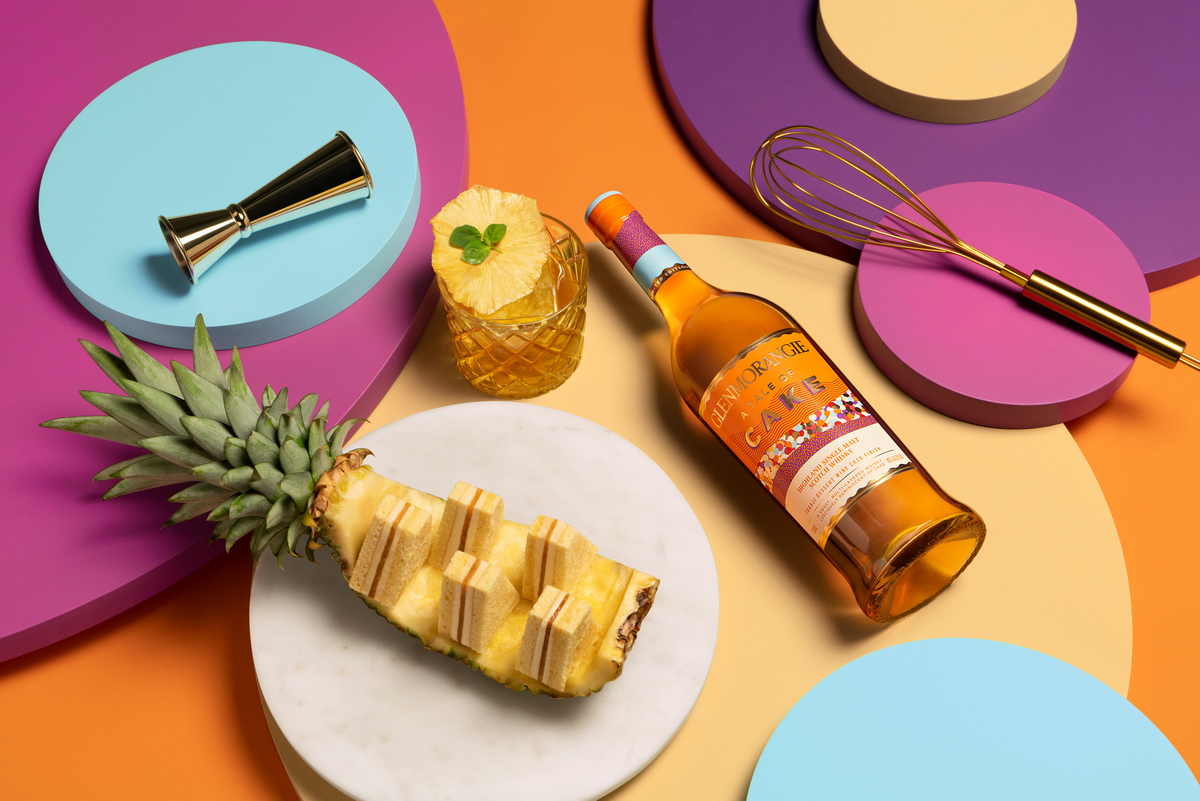 Glenmorangie captures the joy of cake in a whisky

Glenmorangie celebrates the joy of a cake moment in a sweet and indulgent single malt Scotch whisky. Inspired by favourite memories of baking, birthdays and more, Glenmorangie A Tale of Cake celebrates all that is good about cake. And so delicious is this limited edition whisky’s flavours of honey, white chocolate and fruit, that award-winning pastry chef Dominique Ansel has dreamt up a cake and cocktail pairing – a “CakeTail” – in its honour.

Of course, this single malt tastes particularly delicious alongside real cake, which is why Glenmorangie has paired up with Dominique Ansel. Like Dr Bill, the pastry chef hailed as “the Willy Wonka of New York”, has a passion for exploring new tastes (take for example his world-famous Cronut® – a donut-croissant hybrid). Imagining how he could bring cake and whisky together, he created a unique twist on a pineapple boat cake inspired by Glenmorangie A Tale of Cake. Paired with a pineapple Old Fashioned cocktail by expert mixologist Jeremy Le Blanche, it makes a deliciously indulgent CakeTail. What is more, Dominique and Jeremy have also invented CakeTail pairings to celebrate three of Glenmorangie’s most-loved whiskies: The Original, The Lasanta and The Quinta Ruban.

Glenmorangie’s CakeTail pairings will be available to a lucky few from his bakery in New York. But to make sure everyone can indulge, Dominique and Jeremy will also share versions that are easy to recreate at home, in a series of short films released on Glenmorangie’s social channels.

Dr Bill said: “Like so many of us, some of my favourite memories come from cake, whether it be helping my granny in her kitchen, or the pineapple birthday cake my daughter surprised me with one year. By finishing whisky in Tokaji wine casks, I’ve captured the joy of those indulgent cake moments in Glenmorangie A Tale of Cake. The liquid is a rich copper, but the taste is pure technicolour, luscious, sweet and complex with multi-layered bursts of honey, white chocolate and fruits with a hint of mint. As you might expect, it tastes incredible when enjoyed with actual cake, so it’s fantastic to see Dominique bring it to life in his CakeTails.”

Dominique said: “When I first tried Glenmorangie, it opened my senses to this amazing world of colour, texture, taste, and aroma  ?  it’s a new adventure each time. I never guessed I could enjoy whisky this much, but there is a friendliness to the way Glenmorangie tastes. Baking and whisky making are different worlds but they have a lot in common. If you stir Dr Bill’s passion for single malt with my love for cake, you get the best of both our worlds!”

Glenmorangie A Tale of Cake is available now. Visit Glenmorangie on Instagram to see Dominique Ansel’s creations come to life and contact your Moet Hennessy rep for more info.

Introducing Glenmorangie Allta: the 10th Glenmorangie Private Edition is all about the magic of a special yeast

7 ace whisky cocktails, and the fall of age statements