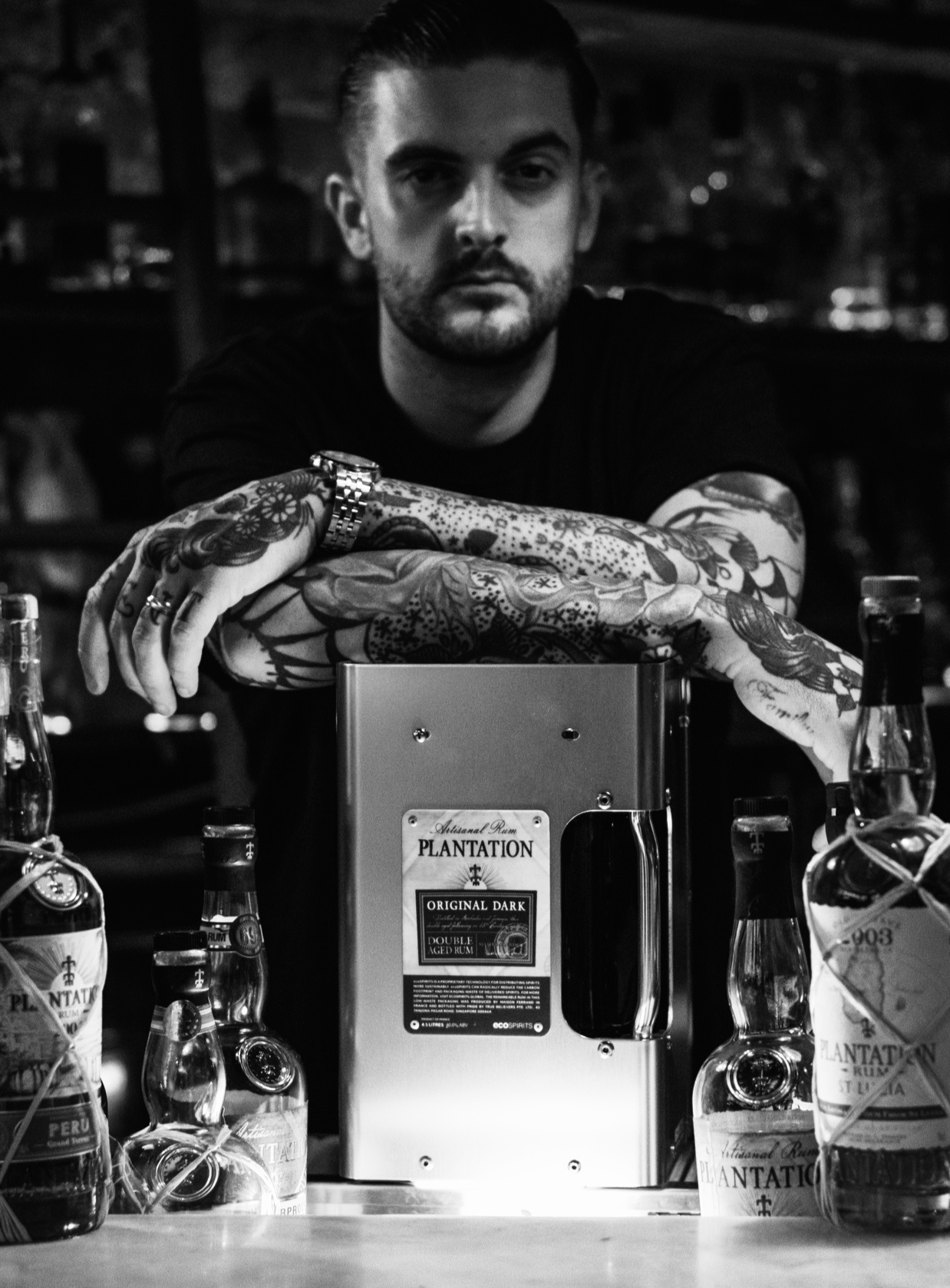 I acquired Rum Diary in Melbourne. Growing up with a dad who was into his rums, I instantly fell in love with Rum Diary from the day they opened in January 2013. In fact, I stumbled across it on the night they opened. Knowing of Hamish Goonetilleke (the founder), I bumped him to him at events. During Bar Week 2018, he mentioned he was selling it and had found a buyer which was great but a shame for me. Fast forward a year and I found out that it was still available. I then jumped at the opportunity to put together a business plan and grab the gem for myself. I always loved what they did, the knowledge and passion for rum mixed with a dive bar and electric atmosphere made for the perfect venue for me.

I started bartending from a young age back in the UK. Moving here I jumped straight into it working in hostel bars and nightclubs, (typical backpacker) A few years later, managing a little cocktail bar named Carlton Yacht Club on Lygon St, taught me more than I ever knew under the mentoring of owner and hospo legend Andrew Leonedas.

During this time I was also studying for my business degree which made me realise that this was something I wanted to do as a career. I seemed to have a knack for turning small bars around operationally and aesthetically to increase GP and customer satisfaction so I decided to get into consulting and helping build other bars for wealthy, “out of industry” investors. The last build I did from scratch was Penny Young Beer Hall in Moonee Ponds. It was here I realised I had had enough of making rich people richer and wanted to try my hand at being my own boss.

During COVID, I opened a new Rum Diary in Newcastle. Part of the selling point for me in Rum Diary was the potential to bring that atmosphere and unique style to different shores but I didn’t want it to feel like a franchise. Therefore the two sites are very different from each other but hold a couple of similarities to keep the brand alive. The general manger there is Arthur Wynne who came highly recommended from industry legends Jez Spencer and Buck Friend. Arthur has worked all over the world and brings beautiful cocktails and a love for all spirits to the venue.

His assistant and heavy lifter is Sarah Jayne. Sarah has many years in the industry and has been kicking ass with the covid regulations and making sure we are compliant and doing what we can to keep the industry open and In the safest way possible. She’s always smiling and loves talking cigars with customers.

RD Newcastle moves away from dive slightly and offers a more upmarket wine list, hidden cigar lounge, collared shirt staff, rum flights and masterclasses under the Rum Club central coast banner. It’s still dimly lit with a ship captain’s quarters vibe that’s been shipwrecked and over grown. We opened in September but are still adding more and evolving as we go.

At the moment you’ll find the cocktail menu has been carefully curated by our Melbourne resident spirits and cocktail genius Ethan ‘EZ’ Enkera. As the dust settles, Arthur will bring his own flare and style to the Newcastle cocktail menu. The acquisition of the Newcastle venue happened early this year which had me flying up weekly while running Melbourne RD. It doesn’t bother me as I quite like flying and a change of scenery as much a possible. I have an amazing team down in Melbourne and between Rum Diary, Runnin’ on Empty and soon to open The Rose Bar, they all pretty much run themselves, which means I can move between the two states weekly and keep an eye on things.

In Australia I would love a venue in Hobart. Love the town, love the people, and the hospo industry down there is an unparalleled in my opinion. We wouldn’t go up against the main man Rohan Massie as we know what’s good for us haha. We would bring something new to the table and hopefully be welcomed into the industry down there. But this wouldn’t be for a while. I would love to open something back in the UK for my old man to run but I think that might be a bit of a pipe dream.

I’ve been overwhelmed with how much this covid situation as brought the industry together and I’m humbled and couldn’t be happier with the support we’ve received and given to our friends throughout this tough time. I hope everyone is doing ok and I want everyone to know that they can reach out to us even if just for a chat and a laugh over a glass of rum on zoom

0
Australian Bartender December 3, 2020
No Comments Yet