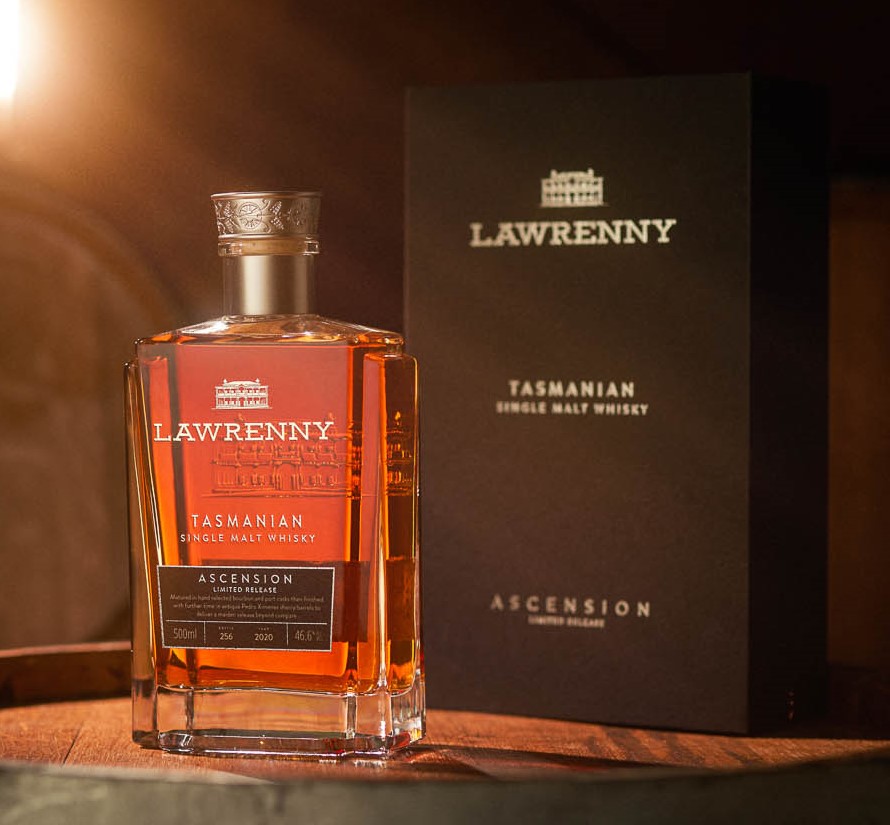 Amongst the flurry of new whisky releases from distilleries across the country, one that is attracting a fair amount of interest is the Ascension release from Lawrenny Estate Distillery.

Whilst Lawrenny’s main release remains 18 months away, the distillery has developed Ascension as a taste of what lies ahead. The work of award-winning distiller Joe Dinsmoor, the single malt is initially matured in smaller Bourbon and Port casks, then migrated into larger 100L casks before being finished off in 600L antique Pedro Ximenez Spanish sherry casks. The result delivers a rich, creamy and nutty character that drinks well beyond its years.

Considerable investment has also been placed into the packaging of Ascension with Lawrenny revealing their new proprietary bottle. The presentation reflects the heritage of Lawrenny Estate, incorporating the historic house as its heart, a solid metal closure and uniquely has an NFC tag embedded within the back label.

‘There are so many elements of Lawrenny Estate and of our production that sets our whisky apart.  We needed to find a way to communicate all of the unique elements of Lawrenny. The NFC tag has allowed us to do this by taking consumers directly to digital content developed specifically for the release, sharing tasting notes, video content and distiller’s production details through a simple tap of the label with a mobile phone.’ commented Jensen Farley, co-founder and General Manager of Lawrenny Distillery.

Lawrenny Ascension is available directly from Lawrenny’s online store or from their cellar door. www.lawrenny.com