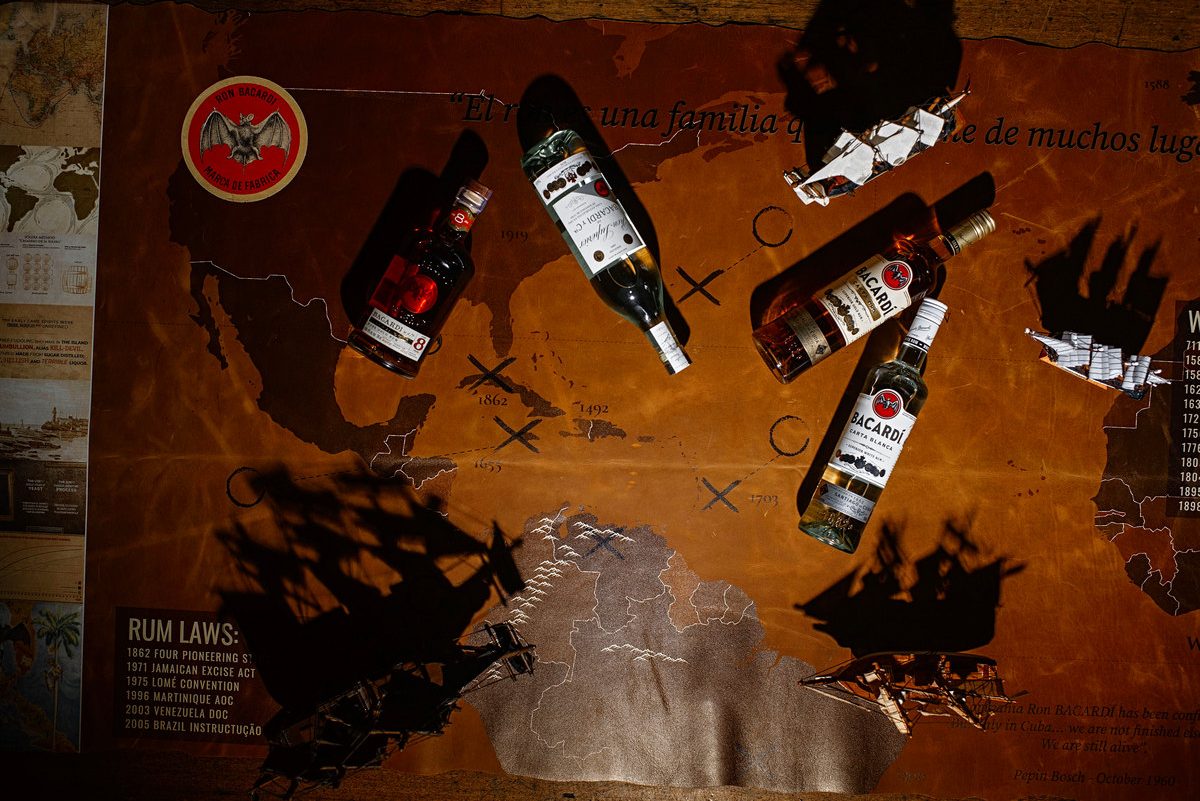 The Rums of the Caribbean Training was created as a unique training platform to lead the bartender education on the Rum category, focused on traditional rum styles of the Caribbean, the birthplace of rum.

Ron BACARDÍ is a unique rum in part because of its revolutionary rum making process that set the standard for everything that followed, and because of ONE FAMILY – made of larger-than-life characters who both witnessed and influenced some of the most REMARKABLE events in rum and Latin Caribbean history.

The training follows the timeline of rums in the Caribbean telling the tale of how different rum regions emerged. It also tells the BACARDÍ story in a categorical point of view and how Bacardi has affected the evolution of rum today aiming to help bartenders navigate the different rum style in their bars. 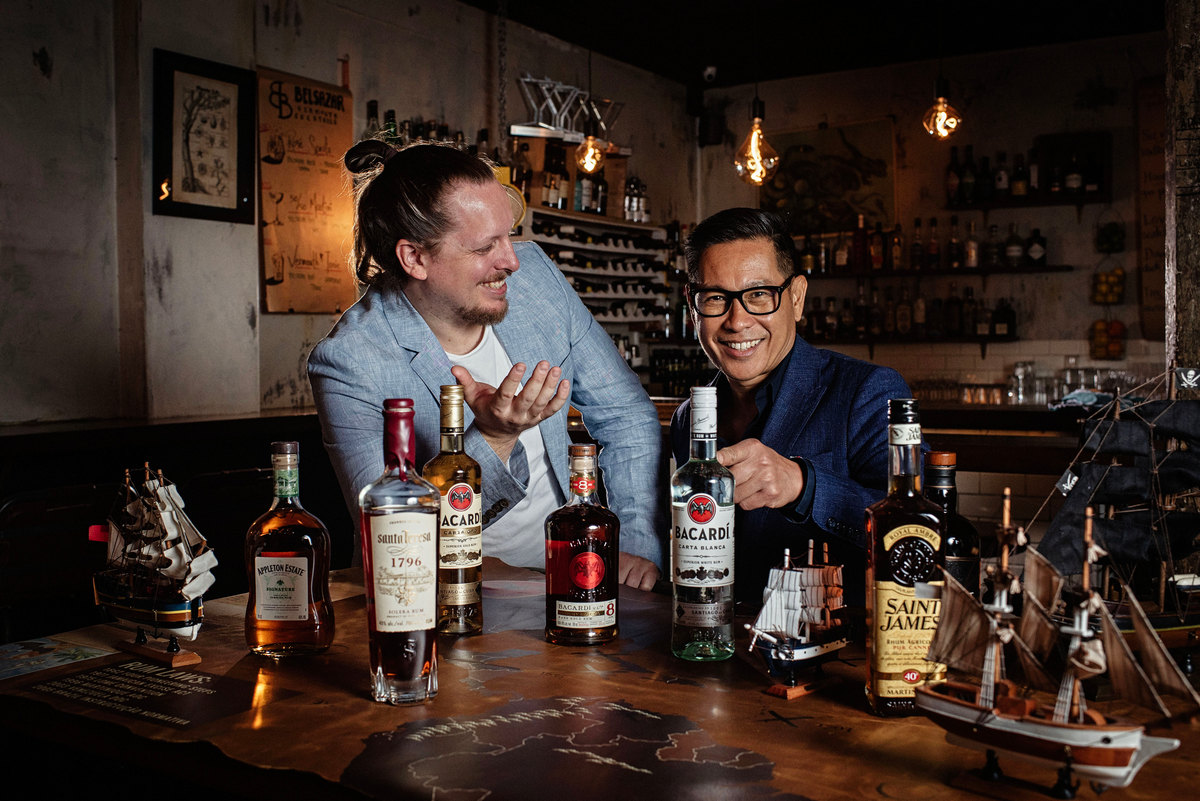 “We wanted to make this masterclass fun, interactive and engaging, so we came up with the concept of a war map complete with flags and warships as a tool to navigate events that affected the creation of different traditional Caribbean rum styles,” says Loy Catada (pictured above right with Tom Bulmer) on the creative development. “Rum has a rich history unique to the world of spirits; full of adversity, passion and stories from different cultures with similarities to the struggles of the BACARDÍ family.

The content for this program was created in collaboration with local bartenders and rum experts Tom Bulmer & Daniel Herberg. The Bacardi Brand Ambassador team are excited to bring this to life and present it to the trade in the coming months.

To book a Rums of the Caribbean session at your bar, reach out to your BMA Representative. 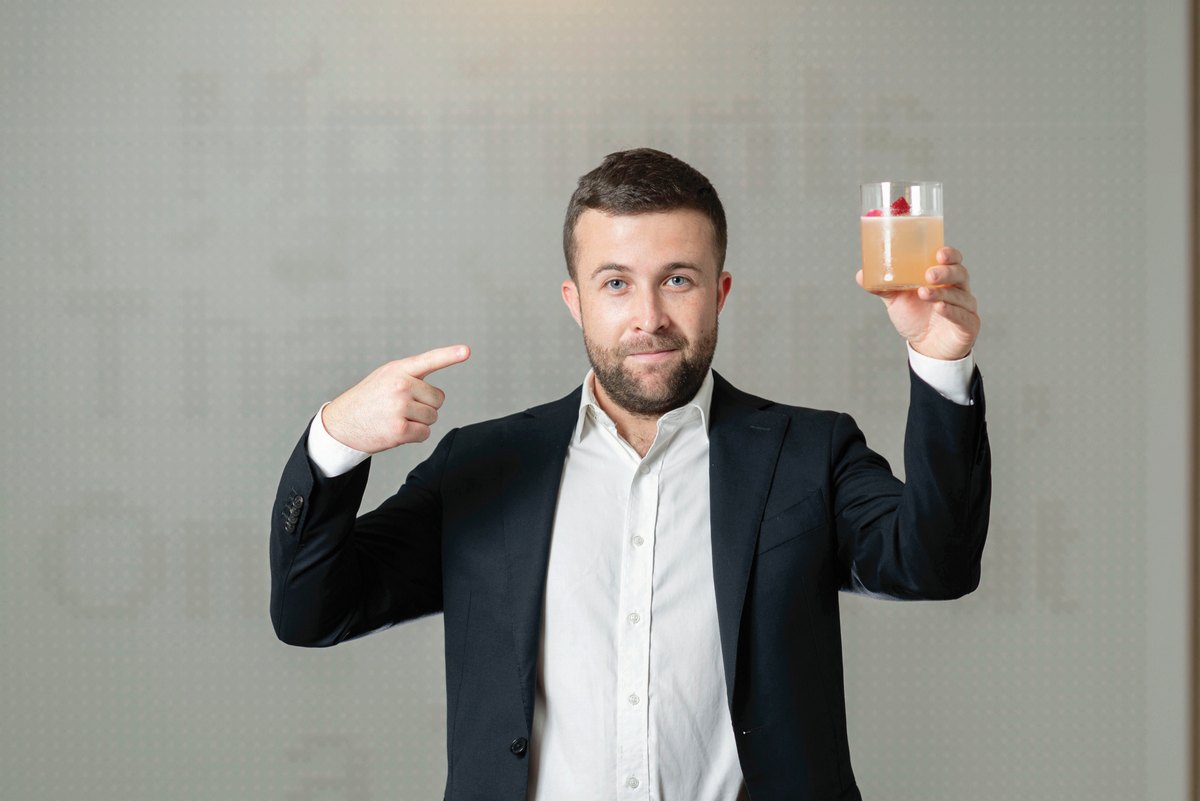 “What part have Bacardi Rums played in the cocktail scene or in your venue?”
The Bacardi rums have been a staple of the speed rail at Dead Ringer for over five years now. We still get weekly requests for one of the cocktails from our opening list, the Yuzu Breezer. That was great fun, a collaboration between us and Bacardi, using Bacardi Carta Blanca and Yuzushu to recreate the Breezer, bottled and labelled accordingly!

My Bacardi Legacy cocktail, The Golden Rule, continued that trend of heroing Bacardi Carta Blanca on our cocktail menu. And though Bacardi Legacy is a competition to be taken seriously, the drink itself wasn’t one to be picked apart and analysed from a million angles – it was essentially a Honey Daiquiri on the rocks with Peychaud’s bitters and a gesture of rosewater. The rose petal garnish just added a visual touch to the drink and I took some inspiration there from previous winner James Irvine’s Bocado winning cocktail and just his style of drinks generally, they’re always looking slick.

I think that fun aspect of drinking rum is key. Dominic Causley-Todd manages the cocktail list at Dead Ringer and all of his drinks with rum tend to be the friendly, approachable ones on the list that most punters would drink four of. After a hard day at work, it’s easier to pretend you’re on holidays when you’re sat outside on the terrace overlooking Bourke Street, smashing a mango daiquiri!

If you did a survey and asked people in the street to name five cocktails, you can bet that a flavoured Daiquiri, Pina Colada and Mojito would be at the top of the pile. That’s not to take away from the craftmanship of the Bacardi rums or their subtle nuances, but I find it paramount to be listing rum cocktails on our menu.

In a world where cocktail bartenders are pushing guests to the limits with advanced techniques previously resigned to laboratories and ingredients that even seasoned professionals haven’t heard of, utilising a familiar spirit like rum might help get a guest over the line when ordering a cocktail that’s a departure from the traditional cocktail structure too. 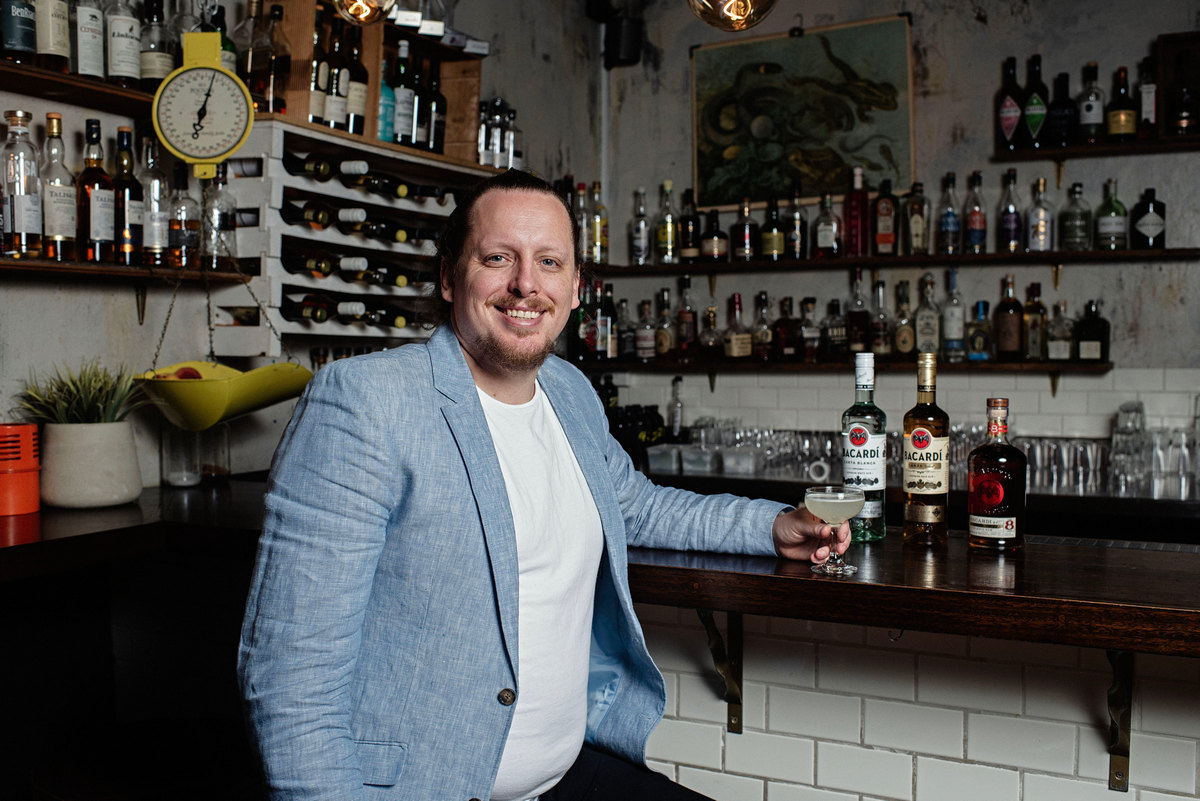 In conversation with Tom Bulmer, The Rum Club

“In your opinion, what part does Bacardi play in the cocktail scene today?”
The fact is, since I started in hospitality, Bacardi has always been there investing in bartenders. They are there when as a young bartender you’re invited for your first hospo party for afew drinks; they are there to encourage you to push the limits of cocktails in the Bacardi Legacy and they’ll be there when you’re ready to invest in yourself by opening your first cocktail bar. Bacardi has always helped bartenders be part of the family and we will always be part of the Bacardi family.

“Why are you passionate about Rum?”
Rum has such a fascinating history that’s engrained in the culture of those that made it. The taste of heritage that we see in the modern processes in rum production shows just an amazing depth as well as it’s unique origins from many backgrounds. There are many spirits that we consider in a serious manner. Rum is the only spirit I feel that can be enjoyed both seriously or in a coconut punch served in a pineapple while sitting in a jacuzzi.

“How was this experience developing this program?”
When Bacardi turned to me and said “we want to explain how the rum category developed”, I thought about the fact that they weren’t just asking for Bacardi, but the entire rum family. It’s something truly special to be involved in a project that was for the benefit of all rum, not just one brand.

To book a Rums of the Caribbean session at your bar, reach out to your BMA Representative.

Here are your top 12 rum bars for 2021 in the 20th Annual Bartender Magazine Bar Awards!