Joining Whiley behind the bar are some of the city’s best bartenders, including Evan Stroeve (Bulletin Place), Jake Downe (This Must Be The Place; Scout London) and Ho Song (Cantina OK; PS40). Apart from the exceptional level of service they will bring, the crew have creative license to work on the “Re- search” drinks, which are built around a changing theme. For the opening menu, things go intergalactic, with elements from our universe matched with their earthly counterparts to create a sensory experience in a glass. The Milky Way, for example, matches cocoa butter and rum with scents of raspberry and citrus that mimic elements found in the centre of our galaxy. While the Mars reads simply as “Bulleit, Silicon, Magnesium, Iron”. 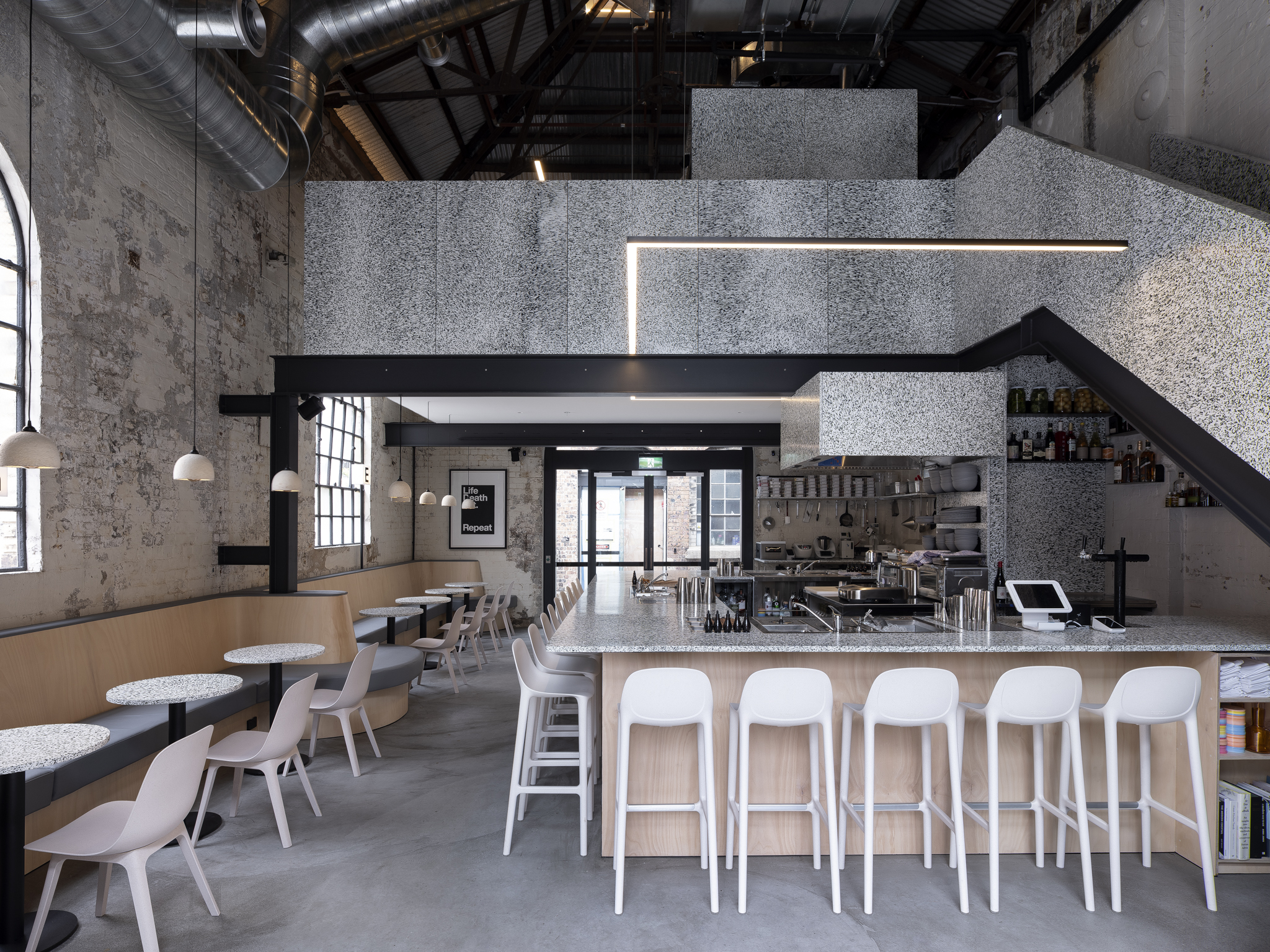 “We chose this team because each and every one of them is experienced enough to run this place on their own,” says Whiley. “But more-so, they share the goal of what we’re trying to achieve and how we want to deliver it; we want to make things seem like a normal cocktail bar, but when you peel back the layers there’s something really cool and unique at its core”.

The Signature section riffs on classic flavours, with drinks that take their cue from surplus produce salvaged from local markets. The Wimbledon Gimlet sees excess strawberries pickled then mixed into a vodka base mixed with milk-wine cordial for a drink that is reminiscent of strawberries and cream; banana skins form the base of a syrup that goes into the BP + B Old Fashioned, flavoured with peanut butter and burnt butter; salvaged mushrooms find their way into an umami-rich base for the Play That Funghi Music, a Manhattan-style cocktail featuring blackcurrant-leaf vermouth, honey dashi and ant tamari.

“We chose this team because each and every one of them is experienced enough to run this place on their own,” says Whiley. “But more-so, they share the goal of what we’re trying to achieve and how we want to deliver it; we want to make things seem like a normal cocktail bar, but when you peel back the layers there’s something really cool and unique at its core”.

Re isn’t calling itself zero-waste from the get-go, rather, it sees itself as a model for the industry; reframing how bars talk about, and act on, sustainability and waste. “We want to show how you can have an impact, so that other venues can look at us, then do the same”, says Whiley. “Yes Re is built on waste, but it’s this really incredible, refined space with heritage character. We want to change people’s expectations of what low-waste means, and encourage others to build and operate this way.”

The food, meanwhile, overseen by Icebergs head chef Alex Pritchard, has a strong snack focus, with an eye on sustainable and reclaimed produce, and enough tweaks to keep things interesting. Think puffed beef tendons with togarashi, house pickles, or bug tamales with schmaltz for smalls, and eggplant ceviche with salvaged padron peppers or air-fried corn ribs with miso butter for something more substantial. Perhaps the biggest draws, though, are the “Egg & Chips” – a decadent mix of ’nduja and salt-and-vinegar chips with a 63-degree egg – and the St John Rarebit, a dish taking its cue from the celebrated sandwich at the esteemed London restaurant with flavours of cheddar, Worcestershire sauce and Guinness together in one package. “Just because it’s made from offcuts or seconds doesn’t mean it needs to be virtuous,” says Whiley. 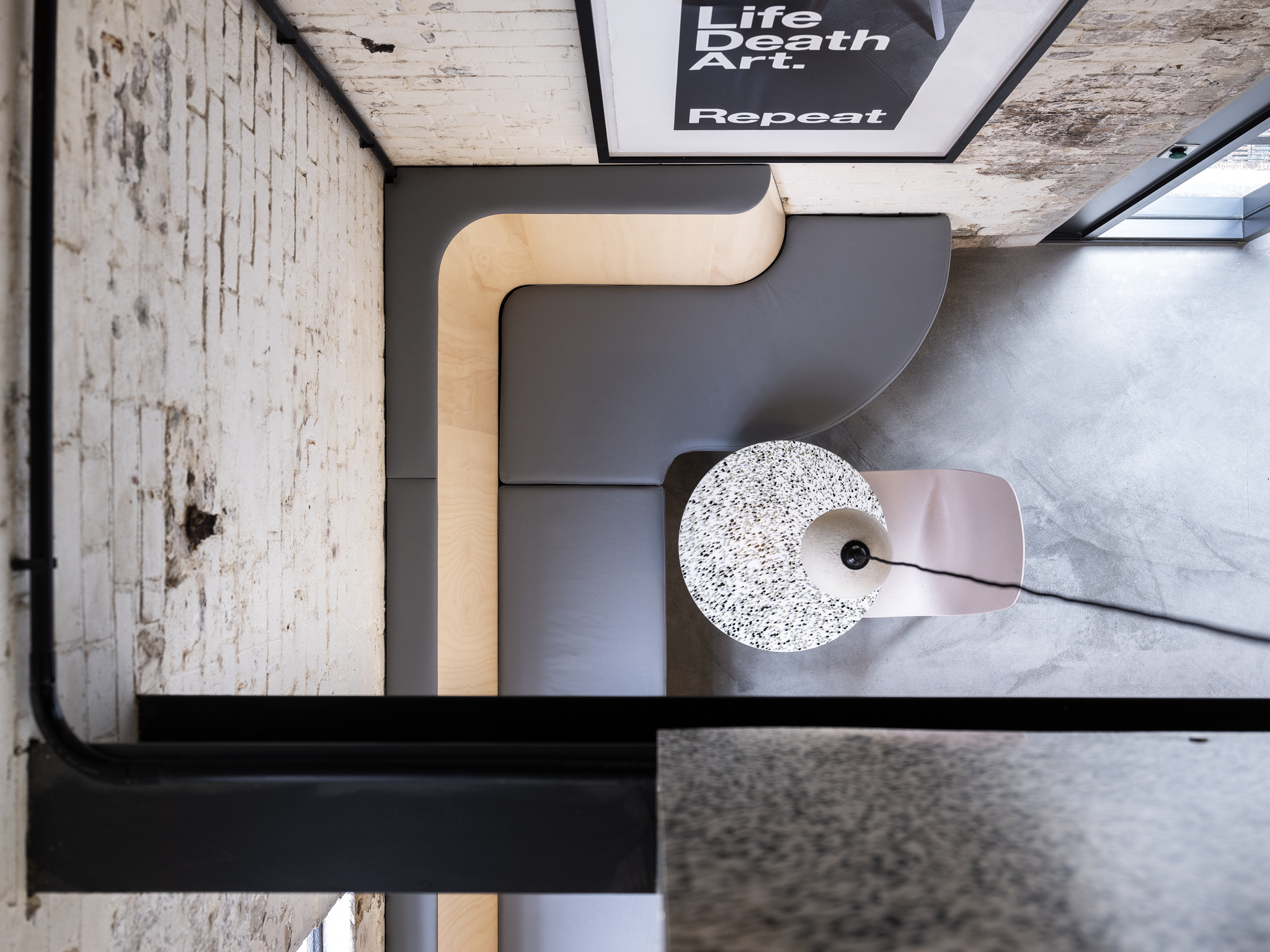 The groundbreaking approach extends to the look and feel of the venue; an inspiring collaboration with independent creative production company, Alfred, that pushes the boundaries for sustainable design. Housed in a heritage site at Eveleigh that was a historic locomotive workshop for 100 years, Re’s arched windows cast light on materials chosen for aesthetics as much as impact. A central bar and tables resembling terrazzo are made from Re-Plas recycled bottles and tupperware.

Whiley says: “Never has this subject been more important. Food waste costs our economy $20 billion a year – more than five-million tonnes of food ends up in landfill; one in five bags of groceries winds up in the bin. We have a responsibility to look hard at what we’re not using and find ways to make it desirable. At Re, we’ll showcase this through our bar program, but also build a platform geared towards change on a global level. The time is now”. 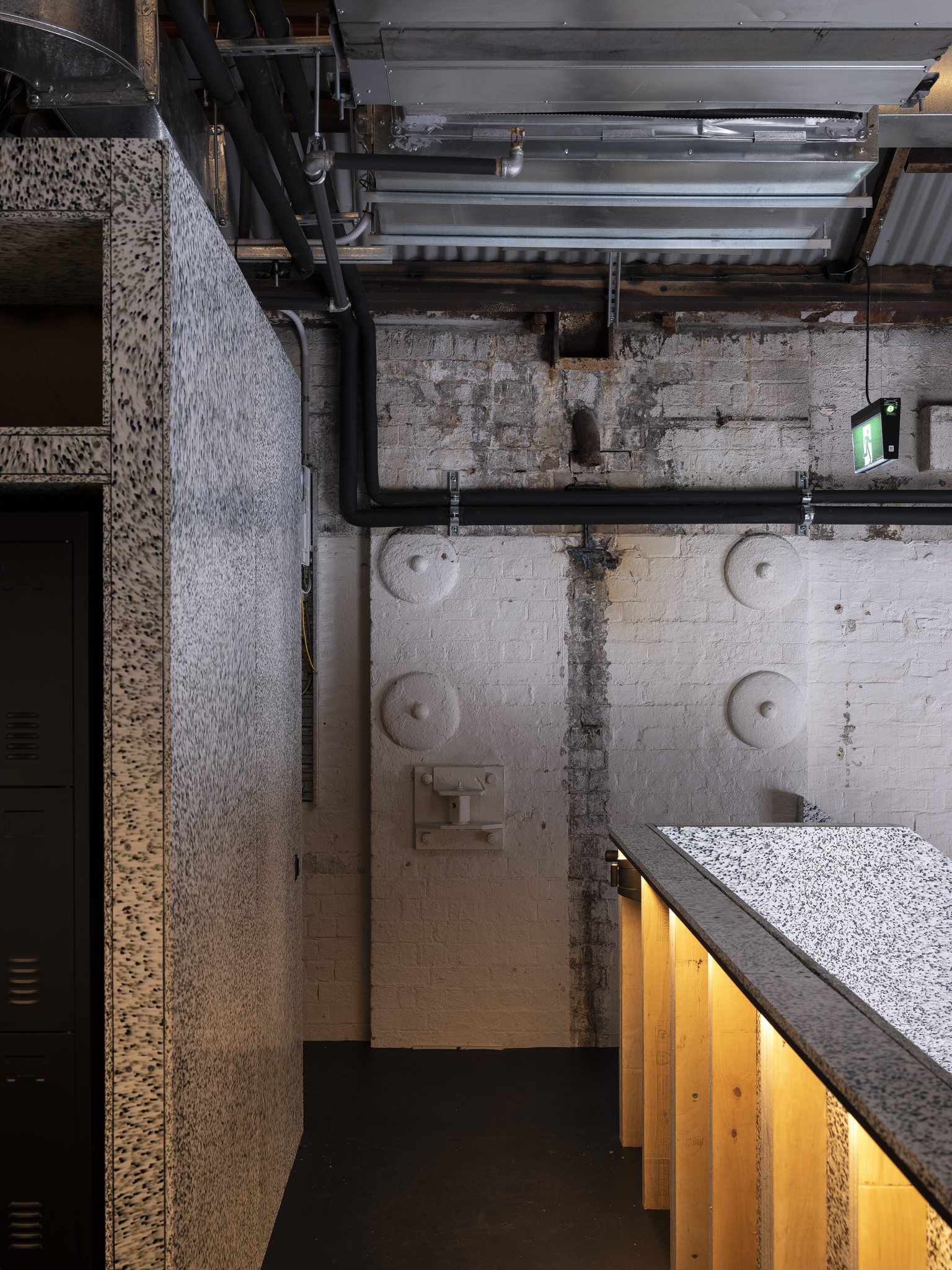