Featured, People, The Sustainable Bar
May 25, 2021
by Australian Bartender
0 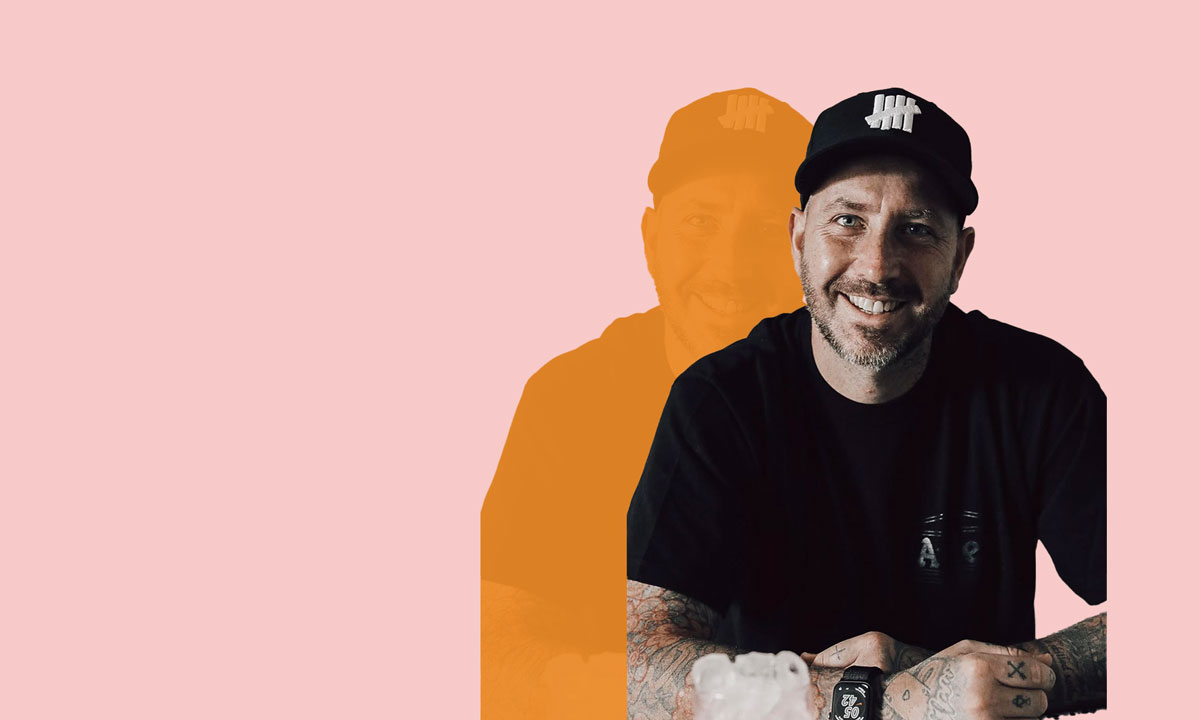 Once Re in Eveleigh opened up, we took the time to sit down with the brains behind Re and Scout and a leading light in the movement for sustainability.

Re – how long of a work in progress has it been?
It’s something we’ve been working on since last January and it’s an evolution of Scout which I’ve been working on for five years. It’s still very much about seasonal produce and turning waste into ingredients. At Scout we already had this attitude about using ‘the ugly’ stuff, the produce no one else wanted. We don’t need it to look great. We’re going to turn it into something else anyway, it just needs to taste good. Unlike restaurants where the food is on show, we blend and mix our produce. Securing this produce means we can help producers by buying stuff that would usually go in the bin and it helps us as a business by not paying as much. Most restaurants don’t buy ripe produce because unless they are going to eat it instantly it just goes off. For example, a banana – most people would buy a green banana – but we would definitely buy bananas that are brown and we make banana juice out of it and it’s in two drinks at RE right now.

The environment is obviously an issue you feel passionate about. How did this come about for you?
I think my love for produce first and foremost. And my love for travel. Like you walk into a market in many countries and you eat their fruit and fuck it tastes so much better than where I’m from. I’m simply not going to buy papaya from London because it tastes like shit. Why are we eating stuff in a plastic packet that’s been cut up and tastes shit? We can’t stress to people enough that were not picking stuff out of a bin – we’re going to the market and this is stuff people don’t want to buy. It’s great produce and it’s ripe and delicious. Because it doesn’t look good, that doesn’t mean it’s not delicious. Things are definitely getting better in Australia like in Harris Farm with their odd bits.

“I’m simply not going to buy papaya from London because it tastes like shit. Why are we eating stuff in a plastic packet that’s been cut up and tastes shit? We can’t stress to people enough that we’re not picking stuff out of a bin – we’re going to the market and this is stuff people don’t want to buy.”

What aspect of the new venue are you most excited about?
I think I’m most excited about people coming and seeing how normal it is. I think they expect us to be sitting on a milk crate or a chair made out of palates. It’s a nice environment and it’s an accessible menu – we have three drinks that are research drinks and the other 12 are very approachable. That’s what it’s all about. Ultimately people won’t think its weird.

Who inspires you? Who are your mentors? I think you really have to look at the way chefs look at food like Fergus Henderson at the St John. This is an institution and they use all the off-cuts like bone marrow and now that stuff has become really normal. They do things that save them money but also because it’s ethically the right thing to do. There is also a restaurant in London called Silo – Douglas McMaster is the beacon of light for zero waste eating. He’s led the movement.

Finally, top tips for being sustainable/ environmentally friendly.
*Compost – it’s easy and very accessible. Takes a little bit of care and attention but sorting waste is very important.
*Think about what you’re buying. Waste starts when you place an order.
*Work with people who share a similar goal.
*Think outside the box about how you can help other people. We’re close to setting up a glass recycling where we can take it to a shelter and they can recycle that glass for money. There are always little ways you can think to help other people.