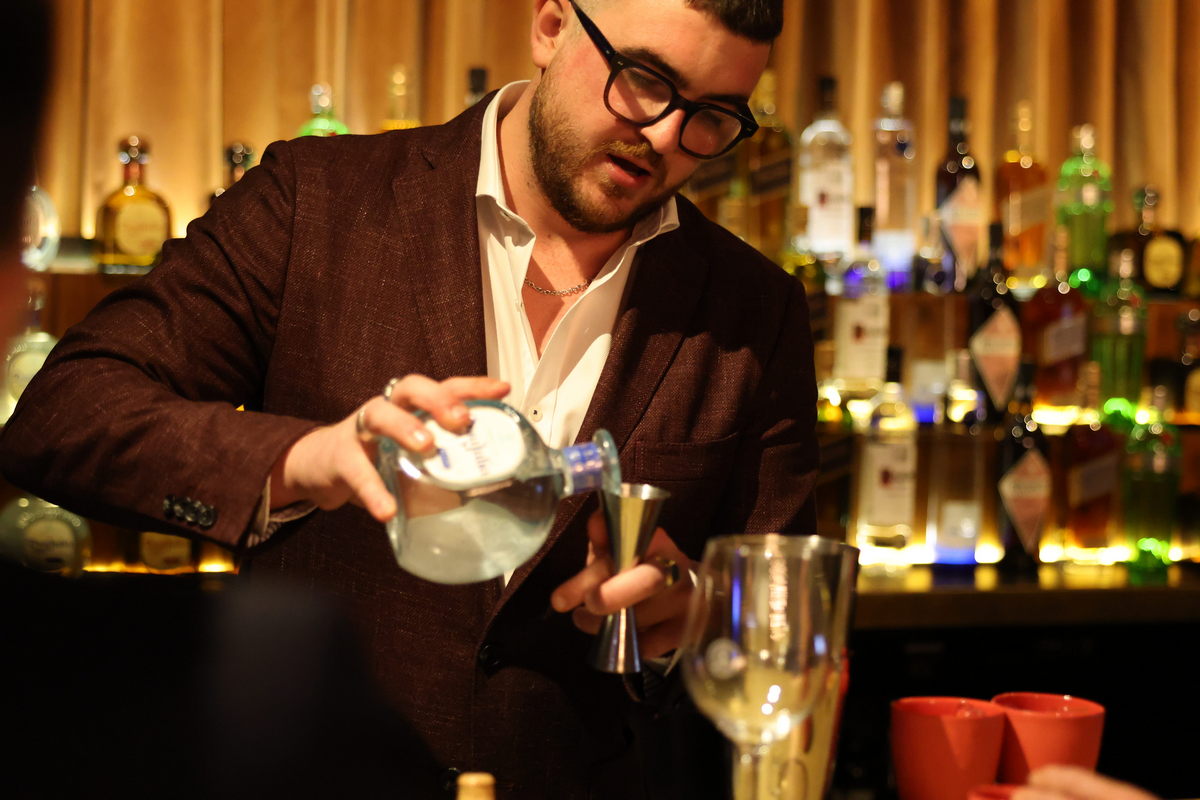 Evan Stroeve from Sydney’s acclaimed South Eveleigh bar, Re, has claimed a coveted Top 10 spot at this year’s World Class Bartender of the Year global finals, taking place virtually and being hosted in London this week.

He will now compete in the competition’s final challenge, with the winner announced via livestream at approximately 6am, Friday 9th July AEST.

The world’s biggest and most respected bartending competition launched their finals on Sunday and at the first ever virtual global final, Evan and 49 of the best bartenders from across the globe have been competing throughout a series of challenges showcasing their extraordinary skill.

Stroeve has been a formidable contender in the global competition so far and, should he win, will follow in the footsteps of Australia’s past global champions, Tim Philips-Johansson (2012) and Orlando Marzo (2018).

In the final speed round, “A Tale of Two Malts”, bartenders will create a menu consisting of four cocktails – two with Talisker and two with The Singleton as the base.

Stroeve has been a formidable contender in the global competition so far and, should he win, will follow in the footsteps of Australia’s past global champions, Tim Philips-Johansson (2012) and Orlando Marzo (2018).

Jonathan Morgan, Head of Reserve, Diageo Australia adds, “It’s such a thrill to see Evan performing so well on a global scale. Australia boasts some of the very best bartending talent in the world and has always punched well above its weight on the global stage. Regardless of the final result this week, we’re extremely proud of what Evan has achieved, especially as we get set to host the global finals here in Sydney next year.”

Challenged with creating an inspired Ketel One Vodka serve using mindfully-sourced ingredients that impact people, businesses or a cause in their community through a bartender-led initiative, Stroeve developed the ‘Martini Syndicate’ for a cause close to his heart.

Participating Martini Syndicate venues contribute one dollar per sale of a Ketel One cocktail to a carbon offset fund, with June contributions being matched from Stroeve’s national prize purse. Through a partnership with primary carbon credit partner the Aboriginal Carbon Foundation, the syndicate can have a genuine ethical impact as it simultaneously offsets some of the bartending industry’s carbon footprint.

Comments Stroeve, “The ACF runs reforestation and other carbon projects that provide local employment and apply traditional ecological knowledge and Indigenous-led land management practices, including bushfire mitigation. It builds wealth for Traditional Owners and communities. As Australian bars offset their carbon output, they also promote the cultural knowledge that maintained this country for millennia.”

Stroeve has always had bartending in his blood. Having grown up in Bathurst, his first job behind the bar was at one of his local pubs, Elephant & Castle Hotel, when he was 18 years old. A year later he moved to Sydney, and it was in the city that Stroeve kick-started his career in hospitality, at Shady Pines Saloon, Frankie’s Pizza, The Baxter Inn and Restaurant Hubert before joining Bulletin Place in 2017. In 2018, he also started working on his own aperitif label, Rhubi Mistelle, with Bulletin Place owner Tim Philips-Johnsson, which launched in February this year.

You can follow Evan Stroeve’s journey in the World Class Bartender of the Year global finals via the live stream at https://www.diageobaracademy.com/en_zz/world-class/competition/livestream/.