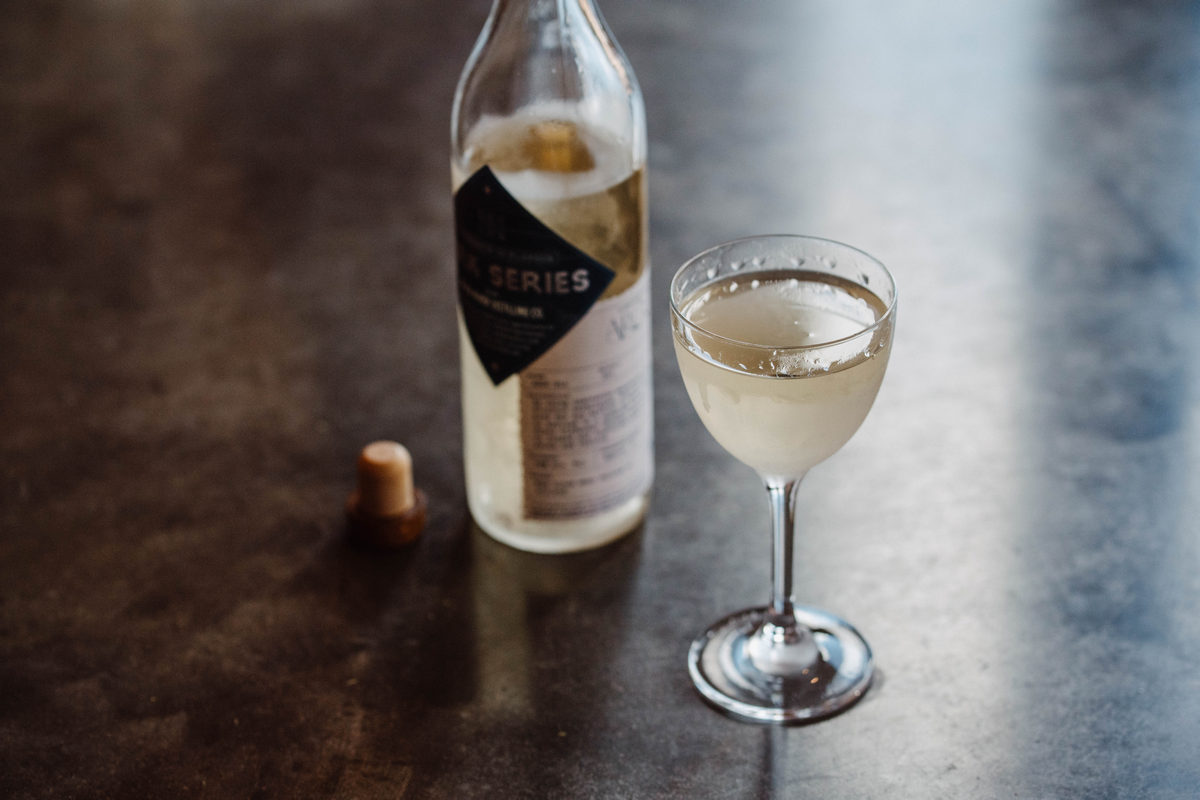 Australia’s most highly-awarded gin producer, Never Never Distilling Co. have collaborated with Asia’s most exciting new bar ARGO to create a gin that elevates the martini to lofty new heights.

The venue, situated at the Four Seasons Hotel Hong Kong, has been in development for two and a half years but has finally been able to open its doors to the public, helmed by the hotel’s Beverage Manager Lorenzo Antinori. The project was also guided by Tom Egerton, Spirits Evangelist for Proof & Company, who also distribute Never Never throughout the rest of Asia.

ARGO celebrates innovation across its entire cocktail and spirits list, aiming to showcase the future of drinking. Never Never’s newest Dark Series release ARGO Gin sits proudly as the house martini and is a marvel of traditional distillation methodology and modern technique.

“When Lorenzo first approached us about innovating the martini it was both exciting and a little terrifying,” says Never Never Distilling Co. Brand Director Sean Baxter. “To enhance something that is already considered the perfect cocktail when made well was a huge challenge, it speaks to who we are as a business,” Baxter says.

“I mean, all we had to do was just make the perfect martini gin for Asia’s most anticipated bar opening, innovating the process and creating a spirit that redefines the idea of the world’s most famous cocktail, sure, no worries, piece of cake,” Baxter says, tongue firmly in cheek. “It was going to be a monumental task,” Baxter says.

Making the entire process more challenging was the fact that Australia’s borders were closed and the collaborative process would need to happen digitally over many months of back and forth spirit sampling.

“First we needed inspiration, what were the flavours we were going to highlight in the gin, what would set the tone?” says Baxter.

“We chose tea as a key botanical because the rituals associated with tea-brewing and service are similarly revered as the martini. These flavours have been a part of Chinese history for thousands of years, what better flavour to communicate a modern twist on such a revered classic.” – Sean Baxter

“The martini ritual was the first thing that struck me,” he says, “the actual flavour of the serve differs depending on your spirit choice, or garnish or even where you are drinking, however the existence of ritual is the one constant,” he says.

After conversations with Lorenzo and the Four Seasons Hotel Hong Kong in- house tea sommelier, tea proved to be the ingredient that not only proved to be the most diverse in flavour and profile but also deeply connected to Chinese way of life.

“We chose tea as a key botanical because the rituals associated with tea-brewing and service are similarly revered as the martini,” he says. “These flavours have been a part of Chinese history for thousands of years, what better flavour to communicate a modern twist on such a revered classic,” Baxter says.

It was Never Never Head Distiller Tim Boast who was tasked with sourcing appropriate flavours and layering them into a cohesive, balanced composition.

“Several different styles of Chinese tea were chosen as key botanical components of the ARGO gin,” Boast says. “These included Shou Mei, Oolong and Fu Ding, which were steeped and each individually distilled capturing the unique character of each variation,” he says.

Using their Triple Juniper Process to amplify base notes of juniper and coriander seed, the resulting gin was first matured in a locally sourced ex-Chardonnay barrel that was rapidly seasoned with Mancino Secco vermouth under vacuum. This process ensured penetration into the wood that would usually take years and removed the usually oxidised components that would overpower the subtle character of the distilled teas in the final blend.

The gin base was matured only for a short period, with several fills being used in the final composition. This ensured that the aromatics of the gin were not dominated by oak character.

The individual distilled tea components were then blended into the matured spirit, their various flavour profiles working well with the soft vanilla and subtle tannin.

White tea was also used as a dilutive element, capturing a brewed component of the tea. This tea was first filtered to remove colour and tannin and used to bring down the gin to the correct alcoholic strength adding further unique flavour.

“It is without doubt the most complex and innovative gin that we have made to date,” says Boast. “It truly embodies our focus on creating gins with flavour front of mind.”

“I think from very early on in the process we knew we were building something very special,” says Boast.

It’s a sentiment shared by competition judges, cleaning up on the 2021 international award circuit winning a prestigious 95 points and gold medal at the International Wine and Spirit Awards as well as a gold medal at the Spirit Business Awards in London. All that before the first martini was served over ARGO’s marble bar top.

The magic of the serve was put together by Lorenzo Antinori, who has helmed some of the world’s most prestigious and influential cocktail bars.

Keeping the bottle well below freezing point, ARGO gin arrives at the table at -14 degrees and is served directly into a chilled glass tableside. The accompanying selection of two chilled seasonal hydrosols brings the martini up to temperature and gives guests a choice of a savoury or citrus direction.

“We wanted to innovate a classic martini and took inspiration from some of the greatest martini bars in the world,” says Lorenzo. “We decided to keep the spirit of ARGO gin untouched and transformed how we diluted the cocktail instead, something that hasn’t been done before in this format.”

“Seasonal hydrosols create a theatre and sense of adventure for the guest when they order the drink,” Lorenzo explains, “while creating a consistent flavour experience every single time.”

The gin has been made in very limited amounts due to the nature of the production process and the specialness of the cocktail serve. Australian audiences will get a chance to sample the gin later this year over a variety of different drinking and dining experiences celebrating the launch of Never Never’s ‘Seek More Flavour’ campaign. Tickets for these experiences will go live shortly.

A small quantity of the gin is available for sale later in the year with more details of this to be revealed over the coming weeks as Australia’s lock down situation changes.

In the meantime we’re counting down the days before the Hong Kong travel bubble opens up.