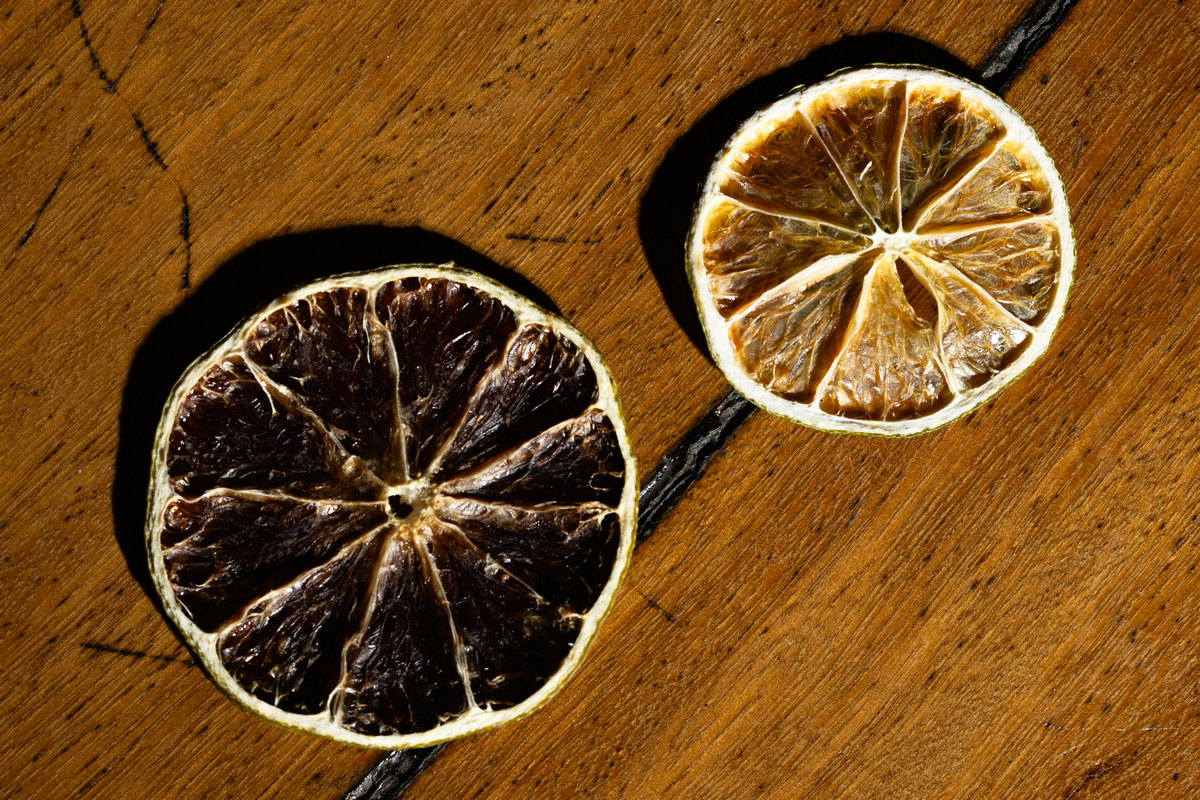 I hate bad garnishes, I’m a real Garnish Grinch. When faced with the choice of serving a drink nude or adding something just for the sake of it I’ll often say “Naked is best”, just ask anyone I’ve ever worked with. Now of course, there are some garnishes that do serve to enhance the drinking experience but more likely than not, I find most people add them out of a sense of obligation. So, if you must garnish – let’s talk about how and why.
This article will detail what I believe a garnish should achieve, where I feel they often miss the mark, and some classic garnish mistakes; hopefully by the end I’ll convince you to switch the dehydrator off and put the flower punnet down.

Let’s begin with some definition-not the Webster’s Dictionary kind, but my own. With the consumption of liquids, broadly speaking, a ‘garnish’ is any accoutrement or embellishment served with or on the drink to enhance the experience.

Now that’s a pretty broad criteria and allows for a wide variety of stuff to slide on in and declare itself a garnish. Importantly though, I believe to truly be considered a garnish it has to be directly related to the consumption of that individual drink.

For example, neither glassware nor choice of ice fall under the category of garnish, but are more broadly defined as the serve of the drink. A venue’s music and lighting would fall under the title of atmosphere. Music and lighting can of course be used to enhance the drinking experience but unless it specifically relates to one specific drink (for example, giving someone headphones or a blindfold with their beverage) then it is to be disregarded.

So, now we have our parameters – let’s go over how best to evaluate whether a garnish is good or not (in my not-so-humble opinion).

A good garnish will have purpose; it will enhance the drinking experience in a meaningful way that has a positive impact on the person imbibing. The best way to evaluate whether a drink is purposeful and not pointless (imagine me white-knuckling the table and saying “pointless” through gritted teeth) is to remember that drinking is a sensory experience and a purposeful garnish will interact with the drinker’s senses in one or (ideally) more ways.

Consider the gin and tonic. Room temperature gin is extremely potent and almost overwhelmingly fragrant. But when you put it in a Collins glass with ice and tonic, the gin is chilled and diluted- two things which inhibit the olfactory element of a drink. Next we add a little citrus, usually some fresh lime (insert little pinching motion here). The bright, crisp notes entice the nose and in turn, the palate. A garnish like this complements the other ingredients, adding to the experience of the drink overall.

On the flipside, torching some rosemary and flipping your rocks glass over it will not result in a strong olfactory experience. Smoke dissipates quickly and requires prolonged exposure to a receptive material to properly infuse. Glass is non-porous and is therefore not particularly useful in incorporating any flavours into your drink, smoke or otherwise. Finally, as you add a cocktail to the glass you further scatter the smoke and cover up any remaining aroma with that of the liquid.

When evaluating the aromatic element of a garnish, I would recommend you consider the following:

Delivery method – how is the smell being introduced into the drink? An atomizer will be effective at covering a large surface area, whilst using a dropper or dasher may result in the aromatic liquid pooling or sinking into and comingling with the cocktail, rendering it ineffective for aromatic purposes.

Viscosity – I generally avoid oils. While they are visually impressive to some, I find they don’t convey much aroma and you inevitably end up with a mouthful of oil, gross. I have used essential oils in the past – but have always diluted them a fair amount. Some essential oils can be poisonous when ingested in large enough doses, though, so be careful if you choose to go this route. Spirits like absinthe or bitters are a lighter option, generally require zero dilution and can add a desirable aromatic quality – similar to using a citrus zest.

Material – the tired chef adage applies here, “fresh is best!!”. Mint sprigs, for example, should be kept moist and checked daily, weeding out limp and brown specimens and retaining the bright, fresh ones. When it comes to citrus peels I generally prefer to peel-to- order lest they quickly dry out and lose their smell. As for garnishes that have been dehydrated – anyone telling you that these have any aromatic qualities whatsoever are either lying or trying to sell you a dehydrator. 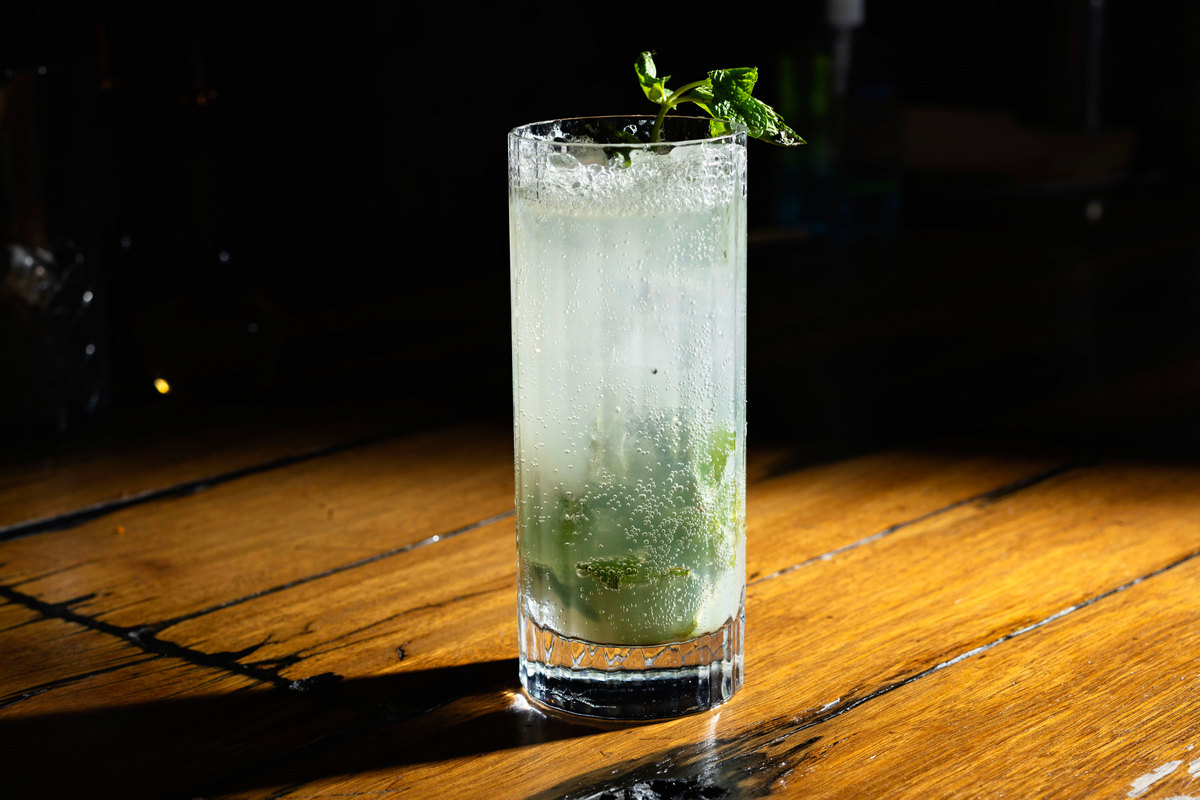 Consuming food and drink simultaneously is one of the greatest joys in life, so it makes an incredible amount of sense to embellish your drinks with some sort of single-bite snack. This can be difficult to achieve in a regular bar which may lack equipment, resources or know-how but it is still attempted by many, with varying degrees of success.

“When pairing flavours, try to avoid like-for-like garnishes such as a pineapple wedge on a Pina Colada or a lime wedge on a Daiquiri. Similarly, I really discourage the use of sweet-on-sweet garnishes, like serving an Old Fashioned with a piece of fudge or caramel nut brittle.”

Poor edible garnishes usually result from a linear approach to flavour-pairing. A dirty martini garnished with olives is a classic example of this kind of thinking- ‘This drink contains olive brine and therefore we should garnish it with olives because olives pair well with…olives?’ It’s a hat on a hat and should be avoided, unless it is the preference of the drinker in which case the rules are out the window. A superior approach (in my opinion) would be a dirty martini garnished with a pickled onion as the light, bright sweetness is an excellent contrast to the murky, umami-led savory flavour of the dirty martini.
The effectiveness of an edible garnish can be evaluated on a few points:

Basic, but important. If a garnish is intended to be eaten, it should be easy to do so. A guest should not have to fish around in their liquid with their fingers. Precariously balanced garnishes should be avoided for similar reasons as they can quickly fall off or into drinks, resulting in the aforementioned fishing expedition. Personally, I always like something edible served on the side in a ramekin- it’s neat and allows the guest the option of eating and drinking in quick succession without having to keep placing it back on or in their drink.

I touched on this before but when pairing flavours, try to avoid like-for-like garnishes such as a pineapple wedge on a Pina Colada or a lime wedge on a Daiquiri. Similarly, I really discourage the use of sweet-on-sweet garnishes, like serving an Old Fashioned with a piece of fudge or caramel nut brittle. The drink is already sweetened, if the caramel flavour is a desired component of the cocktail then incorporate it into the liquid.
Instead, consider something that compliments or contrasts. In the case of the Pina Colada I’ll take mine with a little grated nutmeg on top, thank you – the warm, cosy spiciness goes well with the rich, tropical punch of a Colada. With an Old Fashioned, I prefer just an orange zest and discard for a complimentary garnish – or if you want to go the edible route a small ramekin of salt + pepper potato chips are a good option for a classic sweet/salty contrast pairing. And as for the daiquiri? The perfunctory wedge on the rim should be avoided at all costs – Naked is best in this situation.

This should be obvious but does the goddamn thing taste good?! It’s all very well and good to keep the scraps from drink prep or service and try and turn them into something servable but if what you’re making is flavourless (or worse, foul) then you’ve wasted time, energy and resources! For this reason, I generally try to avoid dehydrated garnishes such as fruit leathers – the process of making them consumes electricity (not much, but some) and generally renders a sub-par product as the lack of moisture means that the texture is chewy, brittle or dry and the flavour is lacking.

This section refers to the component of a drink that comprises it’s “look”. Obviously individual tastes will differ and liking the way a drink looks “just because” is actually a perfectly valid opinion. If we consider a garnish as being an additional embellishment – there’s actually not much to evaluate here as the ice, glassware and liquid are all integral components of the serve of the drink and cannot be counted as “additional”.
In essence, the purely visual garnish can only be referred to as “flair” – basically any sort of visual miscellany such as little umbrellas, lego people or flowers. I would caution against putting anything inedible but could be perceived as being so, as this could lead to some unfortunate 000 calls.

Additionally, in the current era of sustainability, random plastic and paper crap is just pre-landfill – avoid. Flowers and flower petals are technically edible (noting that some common favourites, like baby’s breath can be poisonous), but don’t really taste or smell like much and more often than not are used when faced with a lack of any better alternatives aka “Should we just chuck some flowers on it?”.
Visual is a tricky one because it’s largely about personal taste. I prefer a minimalistic look but if you want to deck your cocktails out with a million flowers like some 60s hippie stereotype then that’s your prerogative, but I’m gonna think you’re silly and wasteful.

This is a bit of a tricky one- you can definitely manipulate texture up to a point but your options are pretty limited. I’ve encountered drinks served in glasses ensconced by different sorts of materials (leather, straw, etc) but have never found this to enhance the drink in any particular way and usually just serves to waste the time of whoever’s job it is to tie the string around whatever is being held to the glass.

Of course, there is always the actual material comprising the serving vessel which can often add some interesting textural variation but as I just said I find it doesn’t really enhance the experience of the actual liquid inside, just is a nice bit of set dressing and is more closely related to atmosphere. If you want to serve your drinks in wooden mugs or ceramics for the vibe and drama of it all, that is perfectly valid.

Now, I would be remiss in not mentioning in the past I am absolutely guilty of using all the terrible garnishes mentioned so far – no need to trawl through the back catalogues of my Instagram to “gotcha” me- that’s how I learned I hated them! I just hope that the you can learn from the mistakes of our collective past as an industry and that the next time you’re sitting there doing R&D on a drink and you think, “This needs a garnish” you might remember this article and think “Does this need a garnish?” 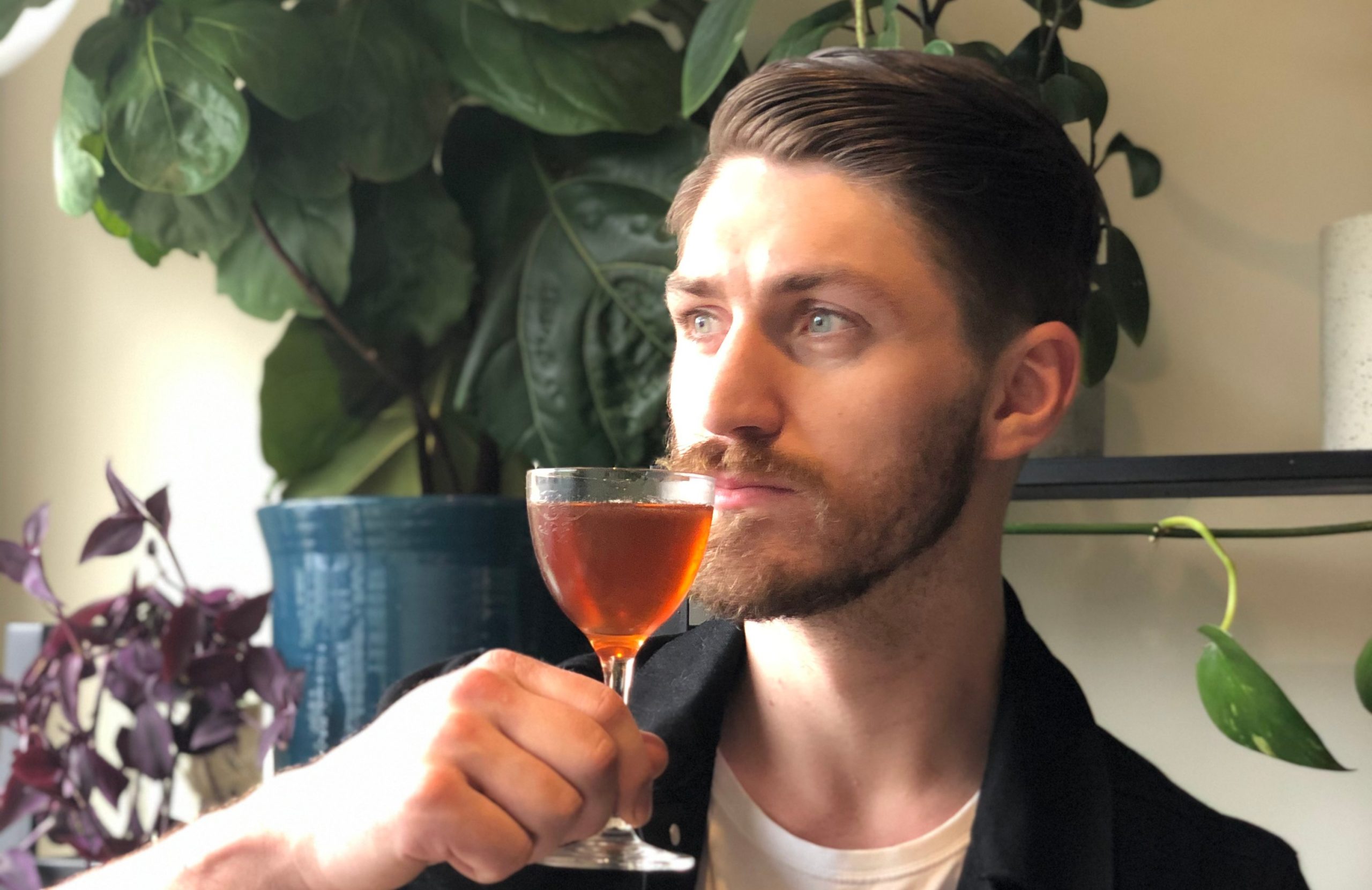 Max Allison is a founding partner of Good Measure (soon to open in Carlton) where the garnishes will be few and far between. Follow him on insta @themaction