Featured, The Perfect Blend
November 5, 2021
by Our Sponsors
0 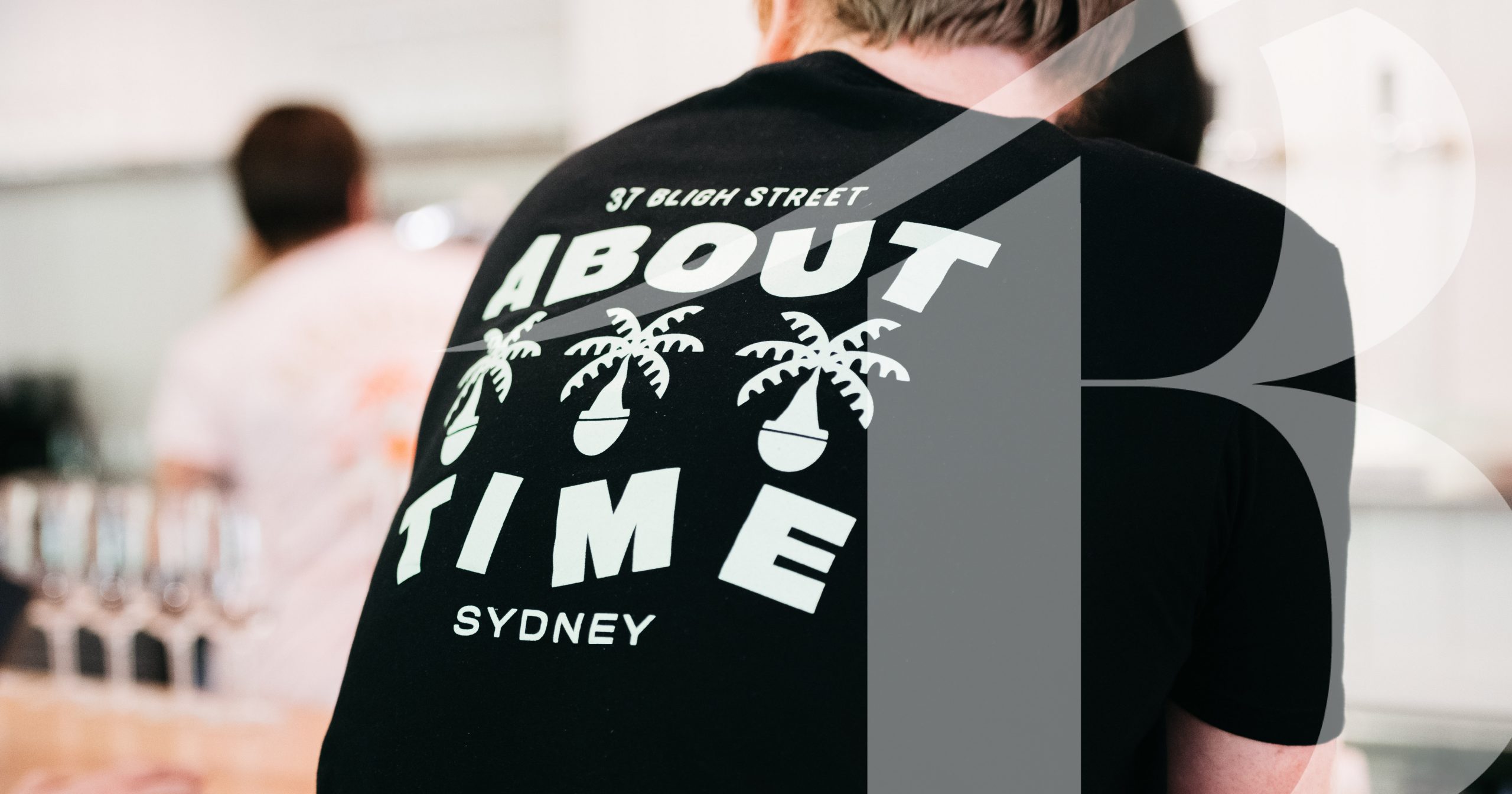 About Time is all about nostalgia, whimsy, and good times. But what are they really selling? An escape from what plagues you.

It’s a natural thing. You’ve spent years of long shifts, getting better at the bartending trade — shaking tins, pouring liquor, night after night after night; do this well and do it long enough and you’re given more responsibility: you’re running the bar, writing the cocktail list, hiring staff, and counting cash. Do that long enough, and you might just ask yourself: what if I owned a bar?

That’s where the seven mates behind Sydney bar, About Time — The Danger Friends, they call themselves — arrived at earlier this year. A space on Bligh Street in the Sydney CBD was available, the building would be demolished by the end of next year, and did they want to take it?

“Literally they’re demolishing the building and we thought, what a good chance — what a unique chance — to test out a product, to test out an idea, to build a brand,” says Jono Carr, one of the owners. “And knowing that the government is going to relocate us afterwards, took a little bit of the risk out.”

Carr and his fellow partners, Steve Davis, Shannon Ponsford, Ben Hickey, Naomi Palmer, Tom Price, and Paul Oscar, are the subject of a new docuseries produced by The Blend, as part of The Blends of the World series. It follows the group on their journey from taking the keys, ripping out the unwanted pieces of the previous venue, and building the bar themselves, all the way through to opening.

Each of the partners have had a long career in hospitality already, so the drinks, food, and service is taken care of. What About Time is really selling is nostalgia and whimsy — something they think is a salve we all need right now. “We’ve had a pretty tumultuous few years, I think it’s fair to look back on nicer times,” says Carr.

That whimsy is apparent in drinks like their Rocky Road Old Fashioned, which sees Jim Beam Rye paired with cacao, almond, and toasted marshmallow, and in their Na’ Sayer, a bright mix of Sipsmith Gin, pink grapefruit soda, riesling syrup and lime.

Dishes like a lamb damper roll remind you of lunches in the nineties and school excursions to Old Sydney Town; the walls are bedecked in pastel salmon and blue and everything about the places asks you to take your time, relax, and forget about things a while.

Like a romance on tour, they know their time in this space will come to a close. The end is in sight. So what do they want people to say when they think of About Time, when the time comes and the sign comes down along with the bar and the building?

“Where’s their next venue going to be?” says Carr.

Docu-series in partnership with The Blends of the World.

Coming soon on The Blend.

About Time; The ‘Danger Friends’ are opening a long-term pop-up in Sydney

The Scholars have been selected!

Registrations for The Scholarship by The Blend close on Sunday